the DEK1 will have a single edge, but perhaps the DEK2 will be double edged. This pattern will be a good foundation for variants of various varieties
J

I cant wait to see the cool stuff you come up with! Any chance of a preorder on these

The next time you need a deck, let me know. Decks are my favorite thing to build. I will bring a crew, build the deck in short order, trade you for design time, and save your summer nights for biking and design... I used to work in Ontario, near Kingston, and near Dryden...

thanks Brian, I appreciate it

Lorien said:
3/8" linen micarta will provide a lot of material to work with, and although I ordered 3/16" steel I will be getting it machined down to around .15- .16", which will provide a handle with a minumum thickness of 1/2"

some general changes to the sketch I posted are; a slightly less 'locked in' handle design, more belly and a wider blade. This will be a great general purpose cutter, and by that I mean you'll be able to cut your food with it, as well as a number of other things.

the blade is around 4.25" and the handle very slightly longer than that
Click to expand...

Figures... Just poked my head back into this forum from a short break and I find out the the New Busse I bought will shortly be replaced by a higher performing knife that is Very similar in size...

Thanks, now to explain to the Misses that I have to buy a knife that hasn't been designed yet to replace the new one I don't have yet...
I swear she is going to think I either finally lost it, or that I am hopeless... Either way, I fear she is right.

Lorien said:
I've spend my summer building a deck, so the deck jokes have been relentless. I just now realized what I've done here.

Be that as it may, as with all CPKs, the acronym describes the utility around which the intention behind the knife's design orbits. In this case; Defensive Everyday Knife.
Click to expand...

So I assume you've seen this?

The FK2 will be a tradesman's knife, a woods knife, a field knife. It's not a weapon and it's not going to look conspicuous. Similar in concept to the original, though a little thinner.

Not sure if I count as a tradesman but I’ll take one regardless.

Being the defensive carry that it is, let’s call the DEK1 fuller for what it is: BLOOD GROOVE

You're not concerned about producing a standard "non-combat" model with a double edge, being that it would be illegal to sell in many jurisdictions?

progress made on the aluminum template;

Lorien said:
progress made on the aluminum template;

^^Looks a little thick behind the edge to be much use.

Lorien said:
progress made on the aluminum template; 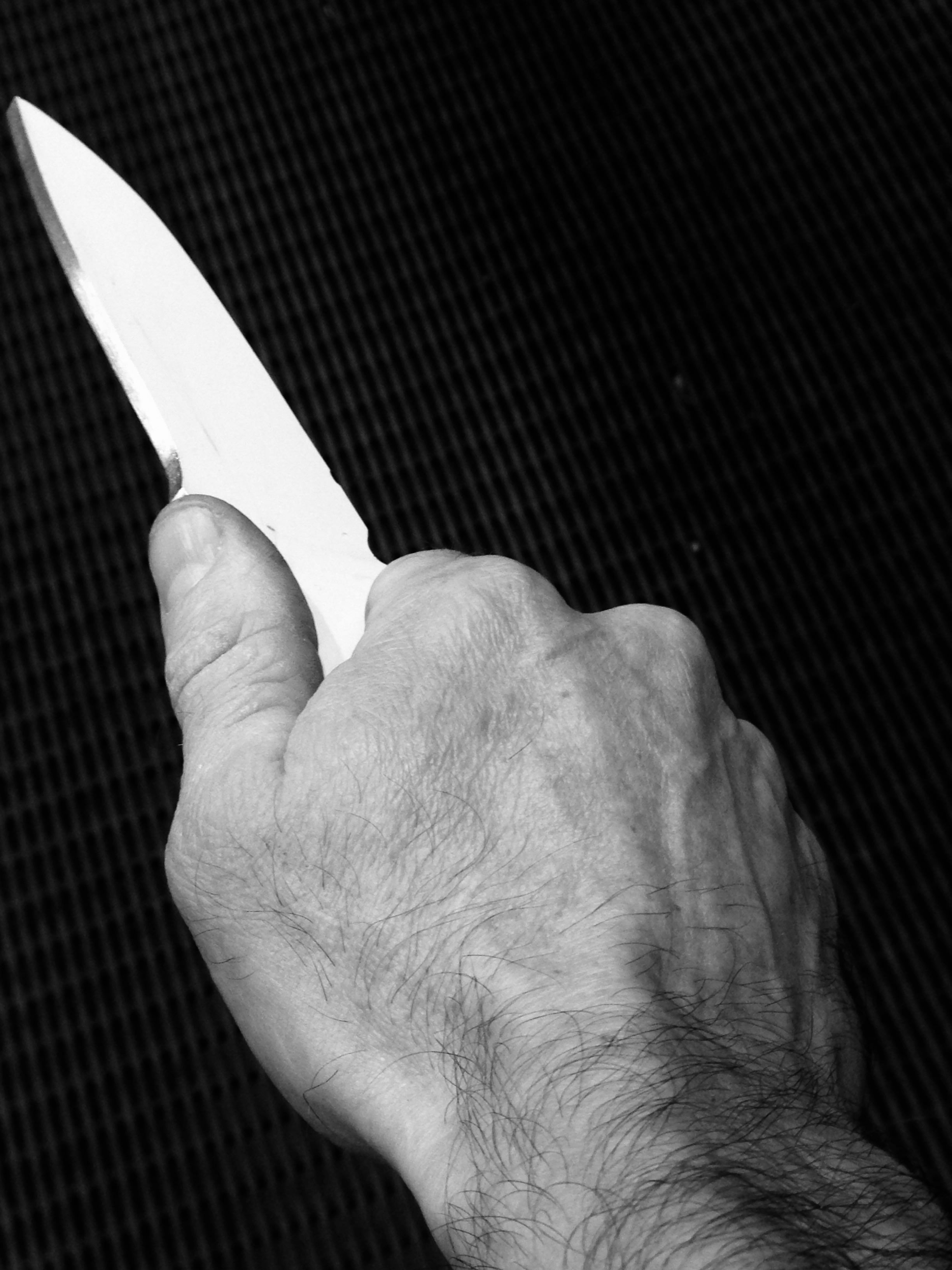 Gonna be a sweet user I’m sure.
J

Soooooo. DEK. Needs a new name. Too many places have laws against knives as weapons. Can’t use Defensive in the name.

Shiv was much better than Pig Sticker.

JustinFournier said:
Soooooo. DEK. Needs a new name. Too many places have laws against knives as weapons. Can’t use Defensive in the name.

Shiv was much better than Pig Sticker.

You bring up an excellent point which I could tie in with a question which I had meant to ask Nathan in the ANAQ thread for quite a while now, but I had refrained to do so because the Q may come across both a rhetorical and leading!

But anyway, I had meant to ask Nathan as to what he considers and constitutes as a weapon when it comes to blades?! We in the knife enthusiast community dread to talk about our knives as weapons because of several very good reasons, stigma being atop the reasoning. Then again, we know that even a lowly crapolla kitchen knife can easily be used to cause grievous body harm and maim its intended target (most blade related injuries and blade homocides are inflicted by using mediocre type of kitchen knives). Now if you have studied Nathan's old sales threads, you will notice references to certain past patterns where Nathan specifies that such and such is not a weapon. The reason I had mentioned a rhetorical Q a bit earlier is because I do know that Nathan puts a lot of emphasis on balance, weight distribution and the force at the point of impact, therefore in his views pattern such as LC or the FK were not intended as weapons, although I would never wish to be at the receiving end of any of those two patterns!!!

So I ask this of Nathan, do you think that a blade designed specifically as a weapon must be over a certain length able to penetrate something like an armor, or to break bones like the Shiv or his Dagger? Also note that on programs like Forged-in-Fire, albeit for sensationalization purposes, the presenter (Will Willis) always states to the contestant to either "surrender their weapons" or to "present their weapons" and as we know, the initial signature design of each contestant smith is NOT necessarily a "weapon".
You must log in or register to reply here.
Share:
Facebook Twitter Reddit Pinterest Tumblr WhatsApp Email Share Link
Top
Change Ad Consent Do not sell my data