This is a set of seven knives in the "Old Hickory" series from the Ontario Knife Company. I have had the set since 2002 and it has just been lying around since then. It came from a friend's grandmother who could not really remember when she got it. She thought in the 1950s but it may have been from her mother and could be from earlier. I'm not much interested in kitchen knives but it seemed like a nice old set. Since that time I have had it hanging in my garage collecting dust.

In clearing stuff out to move, I was about to put it into a garage sale and decided to check out any information online. Finding none, I emailed the manufacturer. Here is the very nice reply from OKC:

That was before all our times here. We don't have the part number in our system for me to get a history of it. Your grandmother is probably pretty accurate with her date. The only thing close we have is a set of 5 in a wooden hanger like that, but that is no longer in production either.

A couple of things caught my eye. The chef's knife (far right) has a different hilt from the rest and it is actually only a three-quarter tang whereas all but one of the others are full tang. The small paring knife (far left) also has a partial tang. Most of the currently made Old Hickory knives are full tang construction. I don't know if these features help to identify the period of manufacture. All blades are high carbon steel, and each has a sharp edge. Several of them seem to have been used, although not much by their appearance.

When do you think this set was made? How common is a 7-knife set from the "Old Hickory" line? 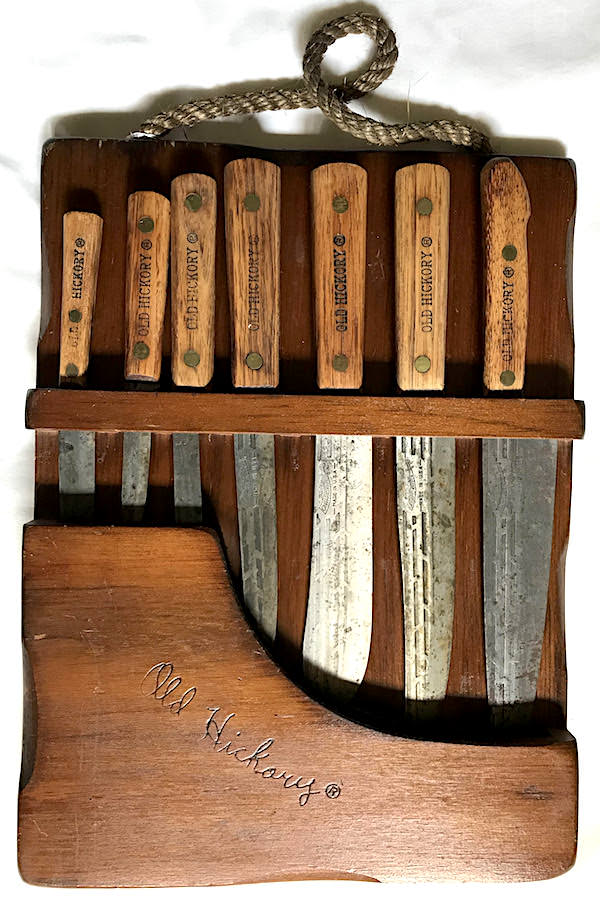 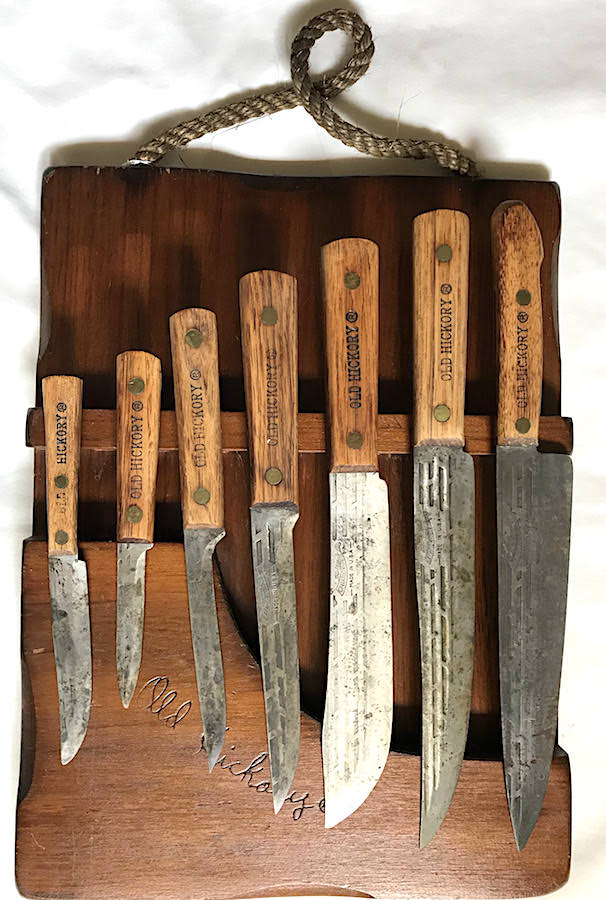 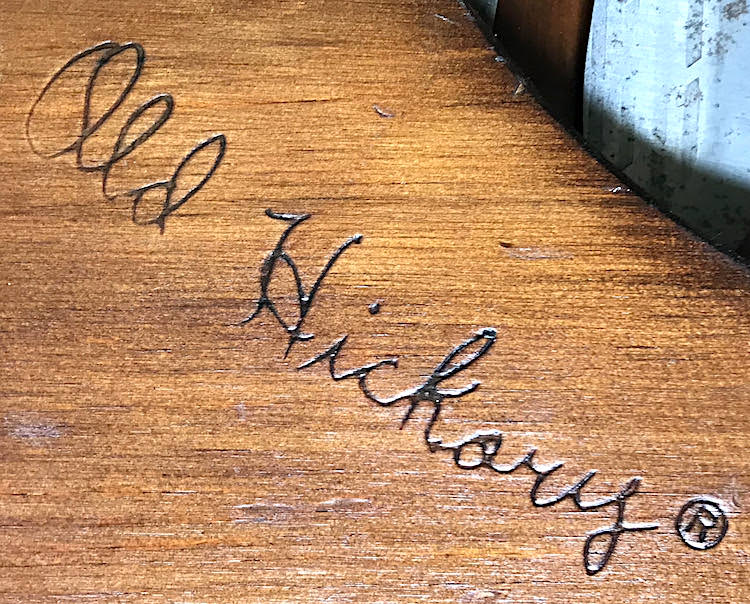 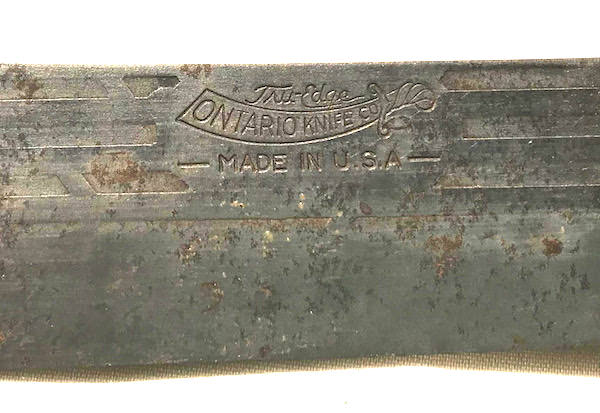 You got a great set of knifes . Old Hickory always made a few with 3\4 tang ones !
D

Those "old" Old Hickory knives are almost all I use in my kitchen today. It's easy to see why they were so popular for so many years once you use them for a while. They can get so sharp and are easy to keep sharp.

I have a set of six in a similar hanger, with no chef's knife.
The date OH introduced the chef's might be discoverable.
Seems to me it was the mid '60s when Julia Child was telling us we needed a French chef knife, and suggesting we find one by asking food service professionals where they got theirs.
You must log in or register to reply here.
Share:
Facebook Twitter Reddit Pinterest Tumblr WhatsApp Email Share Link
Top
Change Ad Consent Do not sell my data