I have been thinking of picking up another Cold Steel San Mai VG1 Trail Master made in Japan. Now regretting I sold mine. But everywhere I look it's sold out/back ordered.
Anyone have an idea if/when Cold Steel is actually going to ship these to distrubutors?
During my search I found that Cold Steel has on their site a 3V Trail Master made in Italy. Does anyone know anything about this? Wondering if this is also a convex blade.
D

Hate to think they'd mess with that .

It's a feature strongly identified with the design .
T

I'm not sure about the new Trail Master, but the most recent 3V knives I've seen from Cold Steel (AK-47 Field Knife and Medium Warcraft) were made in Italy. They were both stonewashed, not DLC coated.

I was puzzled about the manufacturing move. I would think that it would be much more expensive to make knives in Italy than in Taiwan. Plus, the Taiwanese 3V Warcraft models have been beautifully crafted with excellent fit and finish (and better than the Italian knives I've seen lately). Unless it was a contractual obligation with its Italian manufacturer(s), why wouldn't Cold Steel stick with the great Taiwanese makers for the new 3V knives? It seems to me that cheaper cost + higher quality = better for everyone.

As best I can tell it has been something like half a decade or more since they have actually produced any of these models in any steel.

Your best bet is ebay.
C

Cobalt said:
Your best bet is ebay.
Click to expand...

I respectfully disagree. The best bet is to buy one of the many comparable knives already on the market and waiting for a home. As an added bonus these fine knives will already come with an exceptional sheath and in any steel you could possibly want, all for a significant discount over what GSM intends to charge should they ever manage to bring these to market. The days when Cold Steel was the only option are long past. If they want our continued business they should earn it-- just as Mr Thompson did back in the day.
K

So I managed to pick up a VG1 San Mai iii Trail Master. I am certain that this model will soon be gone. Replace maybe by a VG10 Taiwan version, or 3V Italian version, or honestly with the way things are going with CS under new ownership maybe just a 4034 version. Who knows?
Anyway the knife has been received and to my eye it looks all legit. However, the last time I bought one of these maybe 6-7 years ago, the box was all a light blue and not as gawdy as this one. Can anyone confirm that this is what Cold Steel's boxes look like now? Thanks.

I got one of these recently and your box looks like my box! I think you're good.

Smart move to grab one while you can, they'll be gone soon.

they arent faking them especially w the lamination line midway has these in stock too.i had one amazing knife but too beatiful to use i couldnt bring nyself to chop something w it...

Well, considering that the magnum tanto san mai is now made in Taiwan and there are fakes of that one in san mai, how hard would it be to fake a TM in san mai?

K KenHash where did you find that one?

Looks good, just a newer box, they have been making these forever. Nice catch!
K

Thanks everyone. Just needed to be 100% sure as I am going to have it sent to me in Japan. So returns would be a PIA.
The CS TM is sold in Japan but right now everyone is out of stock, and the very few places that still have them are asking for ridiculous money.
Because of knife laws here, while most CS products are siold here, none of the Tanto or doubled edged models can be sold.

Cobalt . Bought it on eb. The first (and prob last) time I ever bought a still in production knife on there. Have bought/sold plenty of vintage stuff in the past though.

nephron . This model started in 2007 when LT signed with Hattori for most of the VG1 San Mai III models. In fact the only ones that I know definetely were not made by Hattori are the San Mai Kukri made by Tak Fukta, and the SM Laredo and Natchez made by Kinryu.

Idk if it's possible for you where you are...?

The tanto fakes have tangs that arent square they have an angle on them its a dead giveaway not to mention the horrible fit of the kraton to the handle...

Not saying they are not out there but I have not seen a cloned San Mai Blade. I have seen many that say it but do not have the lamination line. If anyone has a picture of one(if they exist)please post here.

Cobalt . Bought it on eb. The first (and prob last) time I ever bought a still in production knife on there. Have bought/sold plenty of vintage stuff in the past though.
Click to expand...

Yup, EB had it. Like I said. Glad you were able to pick one up.
M

Man with no name

KenHash said:
Because of knife laws here, while most CS products are siold here, none of the Tanto or doubled edged models can be sold.
Click to expand...

Are Tantos banned because they are considered more a weapon than a blade used for other purposes?
K

Man with no name said:
Are Tantos banned because they are considered more a weapon than a blade used for other purposes?
Click to expand...

Yes exactly. The culturally traditional view of a Tanto blade is as a weapon, period. This in a country where they have knives for each and every purpose.
So tanto blades and double edged (daggers) became banned as something of a knee-jerk reaction to the Akihabara Incident in 2008 where the DB drove a truck into a crowd with a truck killing 3 people then got out and stabbed 12 others with a dagger. This caused a nation wide change in knife posession laws and affected many Seki manufacturers. The perp got the death penalty. 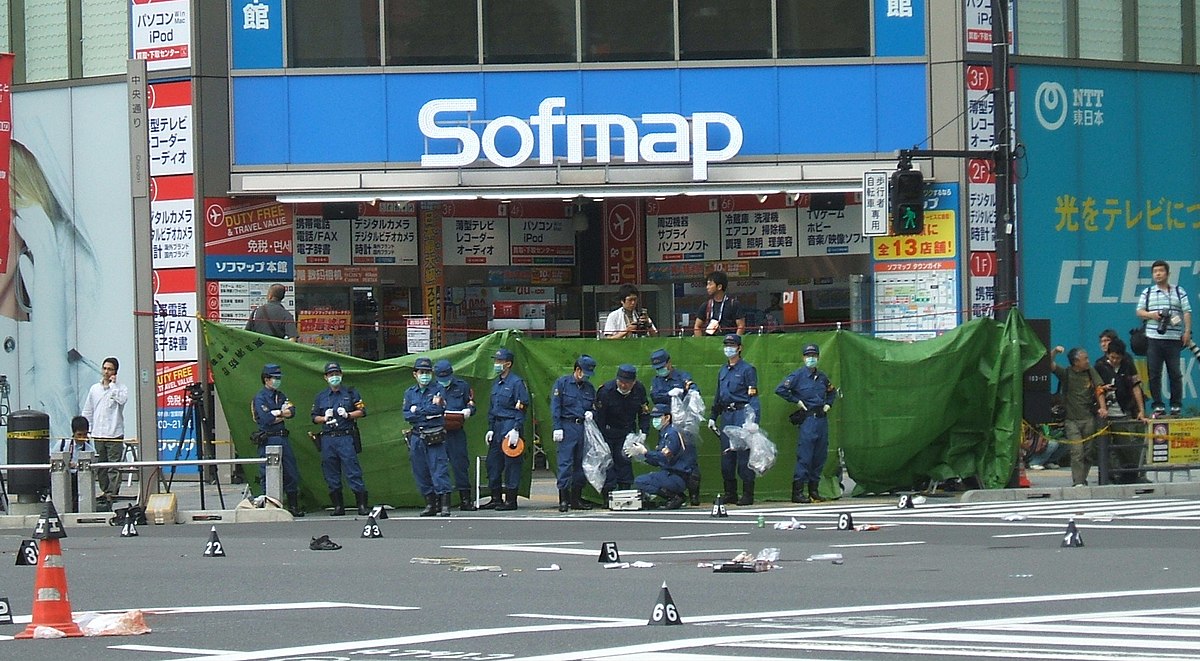 nephron said:
Not saying they are not out there but I have not seen a cloned San Mai Blade. I have seen many that say it but do not have the lamination line. If anyone has a picture of one(if they exist)please post here.
Click to expand...

I have seen counterfeit SRKs and Fallkniven F1 and A1s. And CS Tantos are a popular target. Most are easy to spot as they have no lamination line. But I have seen some that had a "fake" line. I agree that using actual laminated steel for a fake probably makes the effort too costly.
Although I was cautious for reasons explained, in reality I have never seen a fake CS San Mai Trail Master. But,,,you never know....lol
K

Crag the Brewer said:
Idk if it's possible for you where you are...?