Anyone Familiar with Japanese Axes?

I've been looking at some axes by: 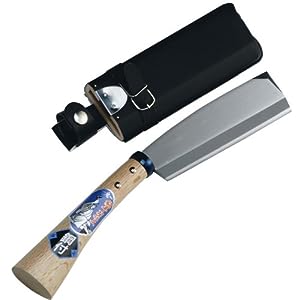 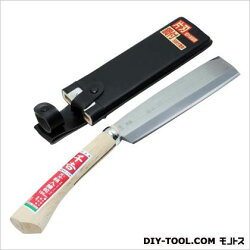 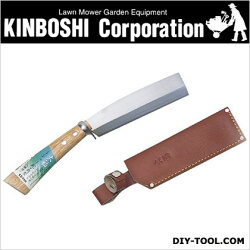 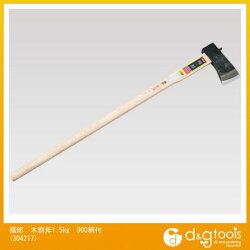 Is one of these companies the equivalent of United Cutlery, while another is like Spyderco?

I can't find much info on these, or many/any importers.

Anyone know about these, or where to get them?

The Asano products look the best by eye, and sound better in the descriptions, but the only one of their products available in the US that I've found is through Garret wade at an inflated price.
Last edited: Aug 27, 2013

Nobody? Any ideas where to ask?
E

I have had the privilege of using Japanese axes on one occasion.
There are many possibilities of getting your hands on one including Hida out in Berkley and Dick of Meten, Germany both of which are trustworthy sources.
It's not clear what you mean by inflated price but if you want good new Japanese tools you better get used to a price tag higher than what you might normally consider.
E.DB.

Silky Saws offers some similar looking choppers, not really axes, but worth looking at.

+1 for Hida Tool. Very helpful and a great selection of Japanese woodworking and gardening tools.

+1 for Hidatools as well. Check out Murray Carter Cutlery as well.
N

Hida tool is great. I have and use a Japanese hatchet similar to the third picture you posted. Not sure who the manufacturer is, Kusakichi maybe, but I love it. It's a great alternative to a conventional hatchet. It's great for batoning too. I think GWs price is pretty spot on.

For reference, those cleaver-like choppers aren't really axes. It's called a "nata".
S

scotchleaf said:
...The Asano products look the best by eye, and sound better in the descriptions, but the only one of their products available in the US that I've found is through Garret wade at an inflated price.
Click to expand...

Hardwick's has an Asano nata (the first result if you search online for hardwicks nata).
B

It's probably a good idea to do some careful research. Make sure they are really Japanese companies. There are a lot of Chinese companies making "Japanese" samurai swords. On everyone's favorite auction site the, swords look OK, but they are not Japanese made. The prices are good though. I've been thinking about buying one in the $120.00 range. I'll let you know what I think when I get one.

The photos you posted look like very good tools.

There are some definite fakes out there.

Silky Nata is an amazing brush tool. Buddy has one and loves it. He's a pro tree trimmer and swears by Silky brand anything. There doesn't seem to be many "American" or Euro style axes in Japan.
E

It's a sketchy business, acquiring Japanese tools which is why in the first instance you rely on a reputable source yes, but also, lets put it this way, that that source has an actual person within it with some informed experience and some common good sense not just a person trained in the field of flipping merchandise. There are not many of those even in USA though there are many sellers of so called Japanese implements of all kinds.
Regarding what actually goes on in Japan itself, I would be willing to wager that the most prominent or popular axes there are Gransfors Bruks ones.

Some of those tools are more likely used for working bamboo (grass), not lumber, but I do find them interesting.
S

I suspect some of the 'Japanese' axes that have been selling on that auction site recently are made somewhere else. Just a suspicion.

I've got a nata that a late forum friend brought back from his years lived in Japan. It's an amazing chopper.With it's chisel grind and nice hefty balance, it makes short work of kindling.

I would use it harder, but it's a gift from a late buddy. I'd hate to mess it up too badly when I have khukuris that can do the same work.

I've had one of those long bladed types for years. It doesn't have a chisel grind .It has a wooden sheath which is covered with a bark making it a very nice looking tool. I've used it and to me it's hardly a chopper but rather a carpenter's hatchet capable of some fine work.
To me , yours having a chisel grind would certainly indicate it's not a chopper.
C

I don't know anything about Japanese axes, but I sure like the look of those small handheld models.

I have an old one- 1950's or 60's. the chisel grind is a result of the lamination process-easier to forge weld a strip of high carbon to a plate of mild than to do a san mai- uses less material too.
If I'm not mistaken that's the origin of the chisel grind in the Philippines as well.
The nata are definately for bamboo- you hafta be kinda careful chopping backhand because the bevel is steep, and they can skip off if you're tired. Very useful though.
You must log in or register to reply here.
Share:
Facebook Twitter Reddit Pinterest Tumblr WhatsApp Email Share Link
Native XF ad, Below bottom BC
Top