Then there's the inspiration for my handle.

LG&M said:
Then there's the inspiration for my handle.

My Daughter isnt here to help me I'm lost now

So many great songs being shared.

Here's my latest actual CD purchase. Bought it for those times when the metal rage doesn't serve me well. Putting here to include some Becker content in this thread to keep it alive as long as possible. 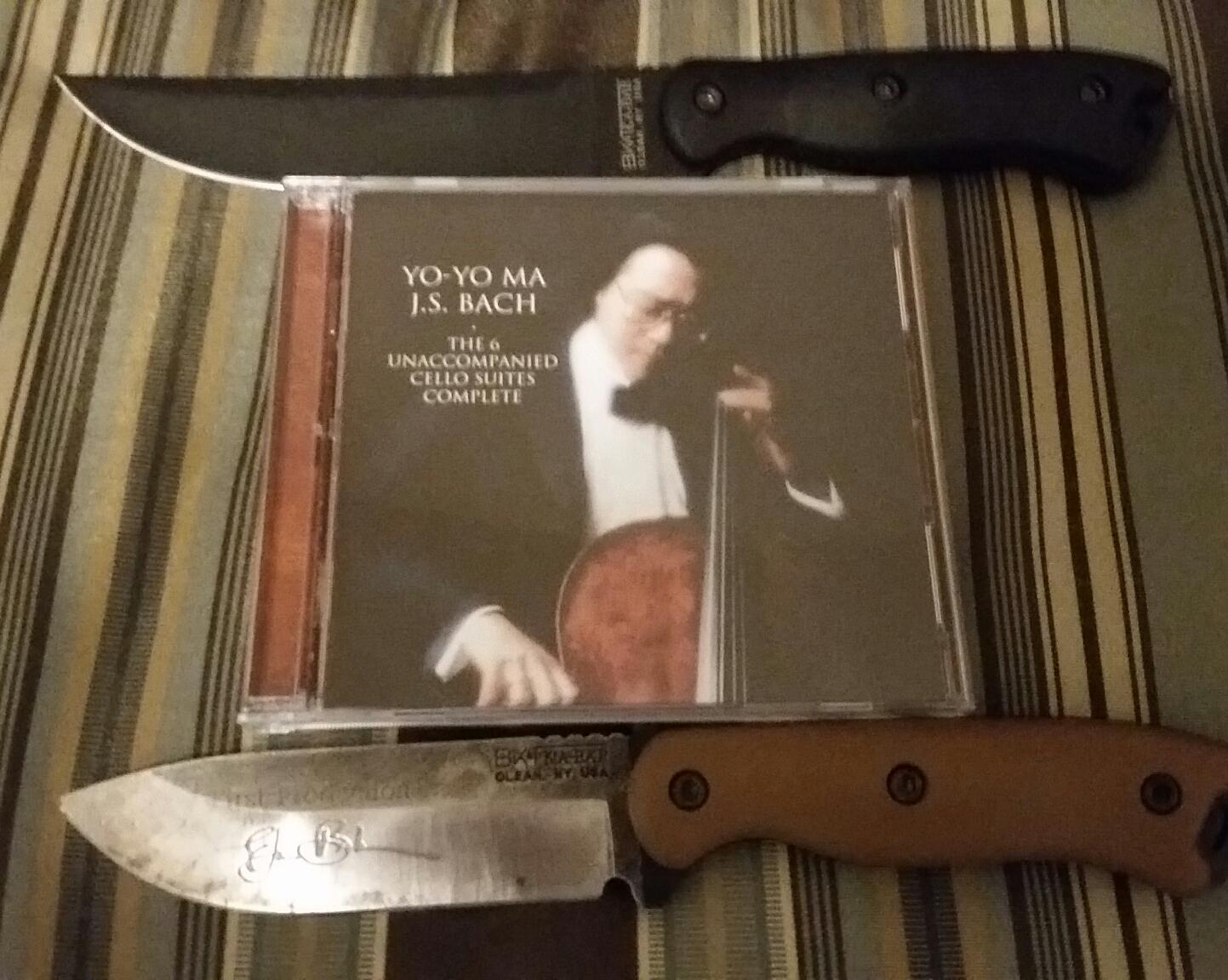 Note: A CD, kids, is a Compact Disc. An earlier form of conveying music in a digital format. It came after the LP and 8-track tape and prior to streaming media.

Here's a youtube link to the first track...you probably know it.


Probably my favorite classical album is...


And while you true metal heads probably have no use for it, since this is a judgement free zone, I really also like...


Also, I'd be failing to truly represent if I didn't include a little Robert Earl Keen for his lyrical genius. He's a gift to listen to live.


edit: Now that you've got me started listening to REK, I'll say, go ahead and listen to Gringo Honeymoon, I'm Coming Home, Ride, etc... All a bit more normal songs. I'll spare you spamming the links, but there isn't much he has done that I don't like, other than his attempts at going mainstream.
Last edited: Jan 10, 2018

Their are some genuine players out there, this one is new to me.
~~
I met a trumpet player in the (Marine Corps) band once. Hey gave me a book to read when I left for Japan, and told me some of his experiences.

I think metal is the modern version of what we know as classical music, though the orchestral masterpieces still are as good today as ever.

Shout out to my favorite old-school composer, nobody quite compares in my mind. Capriccio Italien and the 1812 overture are pretty good, but this is my favorite of his:

This one is a favorite of mine. Really hits home and reminds me of the few battle buddies from my unit that have passed....

Tanker 1/66 said:
I feel like an A** now I'm so old I dont even know how to post a link and I started thd damn thread
Click to expand...

Mrrrr... when I was your age, music was hitting two rocks together rhythmically. Whippersnappers and their fancy geetars and such...

This is a Pacific NW band that could be considered Atmospheric Black Metal. This particular song and the album that it comes from are quite special to me, the music was a constant companion, a solace of sorts, when cancer decided it needed to have my dad more than I did.

Pàdruig dude, that is a killer song! Certainly not what most would expect from your description, but I can fathom a guess that it may not be fully representative of the artist's full repertoire? If so, I must dig deeper.

This song is a classic, but every time I hear it I get reminded of one of my younger brothers, who felt the need to play it on nearly every campout I've been on with him. I have developed not just a liking to it, but a special attachment, as it brings reminders of good times with family.

Pàdruig dude, that is a killer song! Certainly not what most would expect from your description, but I can fathom a guess that it may not be fully representative of the artist's full repertoire? If so, I must dig deeper.
Click to expand...

I would say that song is one of their more tranquil pieces. They only have a couple of albums but they are well worth listening from beginning to end. Lots of natural elements in the music, some great transitions from acoustic to distortions, a good mix of clean singing and wrenching screams. Just a wonderful immersive experience.

This band is a collaboration between Jon Schaffer from Iced Earth and Hansi Kürsch from Blind Guardian.

Demons and Wizards - Fiddler on the Green