Bk20 gaw till they are gone

Man, they will all be sold out by the time I get mine...

Here's a bump for the thread.

I already have 2 so I don't need another new one; however, I'm in only because I know someone else who would get a lot of good use out of the BK4. So I'd like to pass it on if I win. Shoot... Even if I don't, I'll end up eventually buying one for him anyways.

Edit: I remembered that I actually have a shot after I came back in to porch after cleaning up limbs and such....

My little Nut-bull cracks me up sometimes. Came in to get a drink if water and I end up with. Pit Bull pup on my shoulder acting like a nutcase wanting to play.
Last edited: Jun 6, 2016

What a gorgeous knife. You can see the chopping power in that blade.

tradewater said:
What a gorgeous knife. You can see the chopping power in that blade.
Click to expand...

I'm not ashamed to admit that I giggled some when I grabbed on of the downed limbs from behind the shed and took my first few swings at it.

Hopefully mine gets here before they are all gone.

According to tracking mine is at the PO/ Should have it tomorrow.
T

Edit so that i qualify.. Hope i win! If i do i will most likely gift this to a friend or family member who needs it more since i have one already.. Im tempted to keep it as a backup, but hey why would i do that if someone i care about needs it more than me

There's a BK20 in here somewhere.

And here's a pic of me with something that makes me smile.

And here's a video of me using the BK20

Thats quite a collection bighoss.. The bk20 package have been my first 3.. Up until now i have had bucks and esees and have only handled beckers occasionally and have always been impressed.. Ive been beating on the 20 and on the 5 today and ive got to say that I have never held a more efficient blade than the 20! It amazed me today.. It took everything i could throw at it in the couple hours that I had and didnt even slow down. Afterwards i convexed the edge and i can now shave my face with it. I then used the 5 for all sorts of camp tasks such as building a bow/fire and chopping a little and slicing through some things and Im very impressed.. Both blades seem to be at the top of their class so far.. The 4 is next for testing this weekend! Im sold on beckers for sure! Especially for bigger blades! My esee 3 and bk20 is the absolute best combo for anything i could ever need! So glad i decided to give beckers a try. I have known that they were quality designs for years . I dont know why i waited so long to pull the trigger.. I waited until the right time though.. Was shopping for a bowie for months and didnt find anything perfect until I saw this.. Great job Mr. Becker! Thank you for your designs! Loving my bk20 allready!!

I am in for the chance! I already have myself a 4, but I would love to give this to my dad. He has been a long time fan of the Beckers I have, and I really want to help him out by getting him some. I would love to supply him with a chopper of some sort (A 4 or a 9) and a BK2, his absolute favorite.
And this is what makes me smile; unboxing and lining up some Beckers

Mine as soon as I got it.

Me and the thing that makes me happiest in the world. Snuggles with my kiddo.
Last edited: Apr 23, 2016 Got the 20 out for a bit today. Can't drink for good while, stomach is F'd. Went to hospital twice this week. God knows I wanna. The 20 makes me very happy though. If this gets picked it's going to my Mom. She could use it in her garden. My Dad's getting the 4 that came with the 20 for father's day. Nuto, you are quite a generous fellow, much appreciate all that you do here. :thumbup: 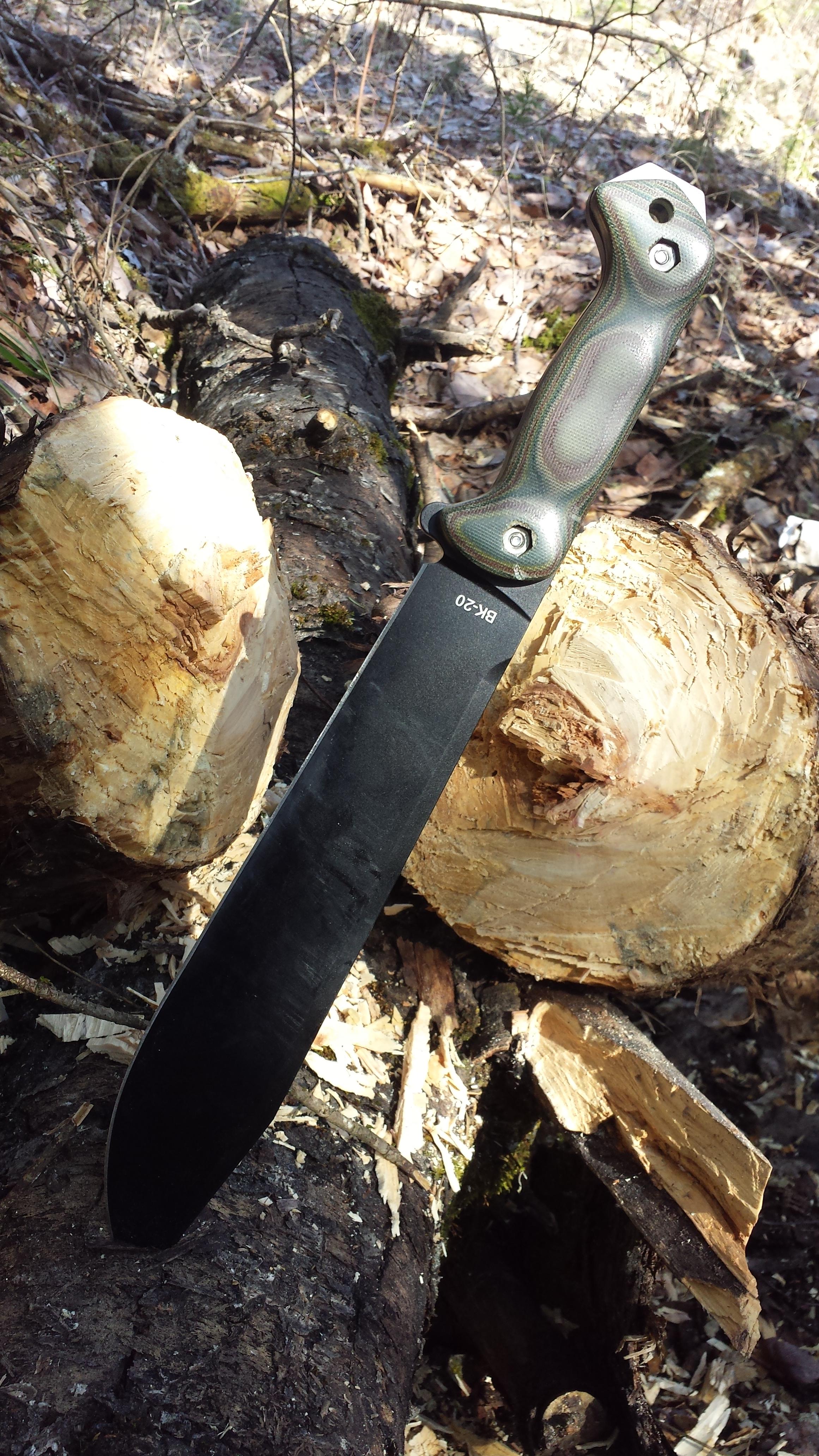 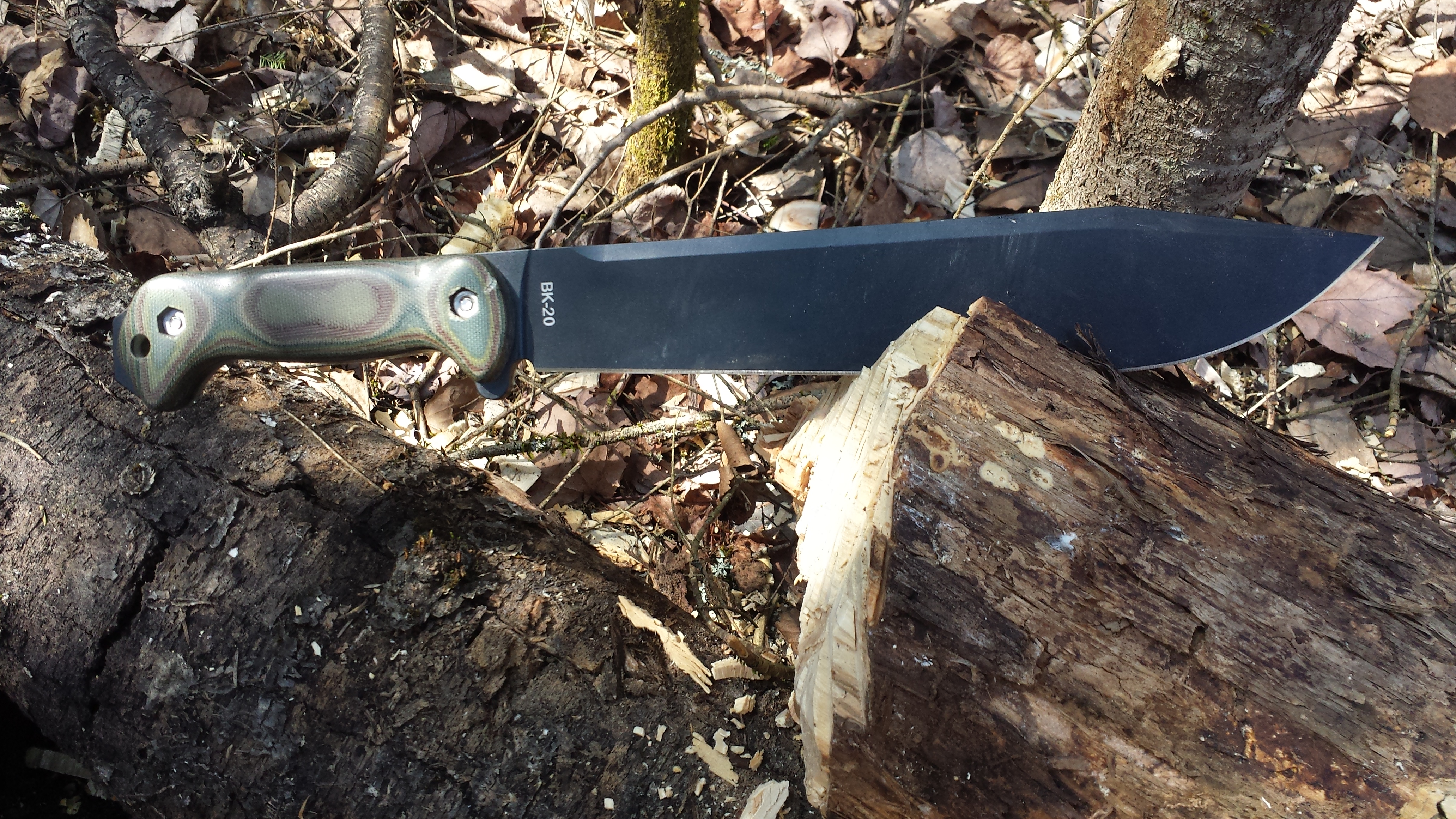 Last night decimating a brush pile by the fire.

Glad to see that I'm not the only one to Smurf the BK20.

hhmoore said:
Good thing this isn't my GAW - because tobiism would win by default (nobody else has met the posted requirements)
Not an entry (at least not yet)
Click to expand...