Buck: buying Chinese doesn't have to be an option

Let me begin by saying I'm a huge Spyderco fan. Probably 75% of the knives I own are Spyderco folders. I have at least 8 or 9 Para 2's alone. So please don't take this as a knock on Spyderco.

A few months ago I was in the market for a cheap lightweight folder I could take on the boat so it wouldn't be quite so costly if it slipped out of my hand and went t the bottom of a lake. being a Spyderco fan I opted for a Byrd Robyn 2. For those of you who don't know, Byrd is Spyderco's line of budget knives made in China. The Robyn is roughly their own in-house knock off of the Delica. I paid around $26 for it.

Fast forward to last week when I decided to order a couple more new knives and was considering picking up another Robyn in a different color. Just out of curiosity I did a little browsing of the smaller Buck knives and was very pleased to discover they had a number of USA made knives at roughly similar prices. The American-made Buck knives in the photo were $30, $27 and $18 as compared to the $26 Chinese Byrd, and with the Spitfire and mini Spitfire you get aluminum scales instead of FRN.

Like I said, I love Spyderco, but it makes me really happy that Buck is still managing to compete with and even beat the pricing of Chinese production while still employing American workers. I'm not opposed to buying offshore goods--most of my vehicles (even the ones from American companies) have been made somewhere else--but I'm happy when I can consciously decide to support an American company and not even have to ask myself if the extra cost is worth it. There is no extra cost in this case.

Edit: the Byrd knife in the picture is a Meadowlark, not Robyn.

I recently bought this Buck Bantam on their web specials site for $12. 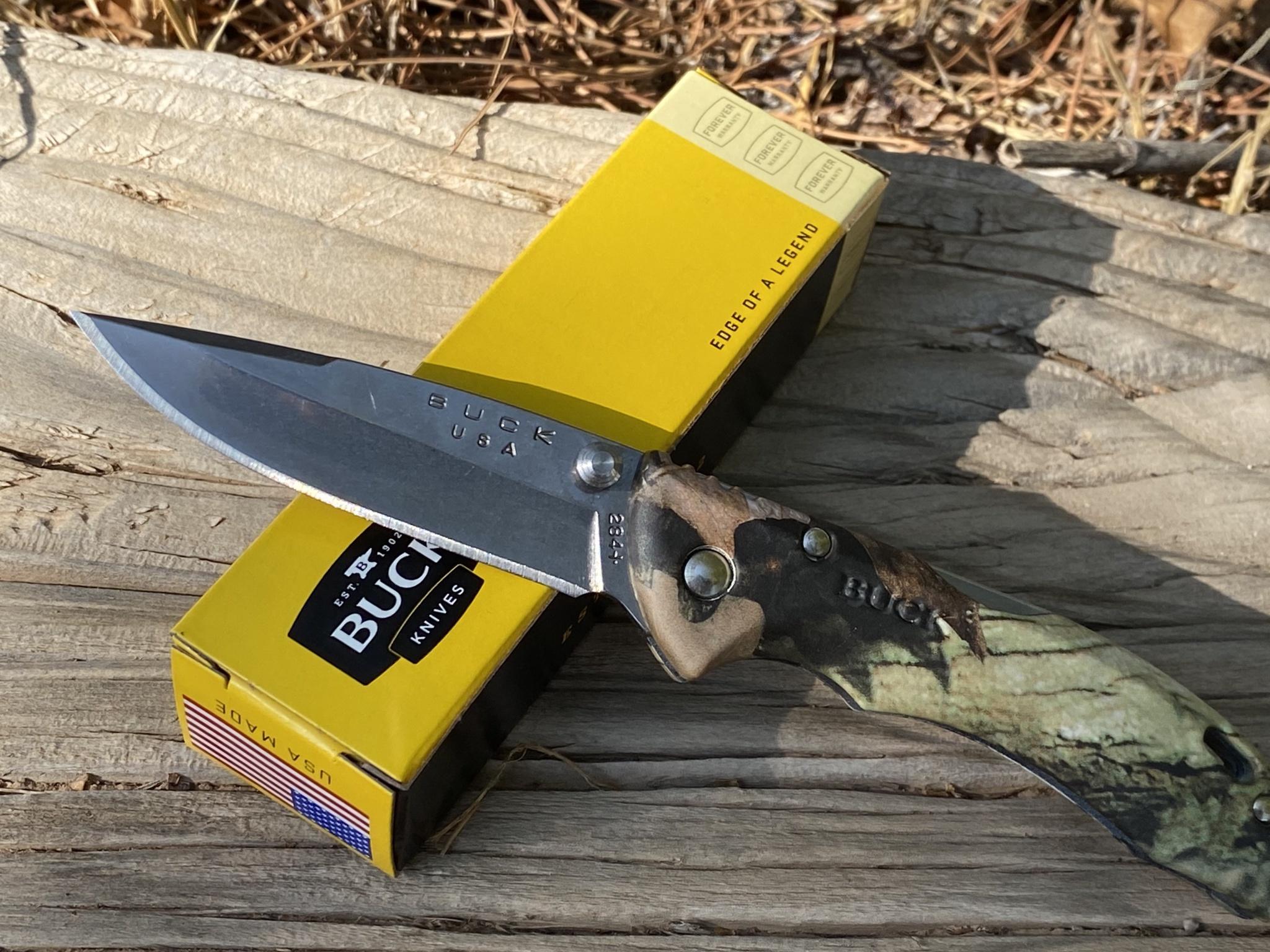 I love Buck Knives, I love America and I will always support the American knife industry (even though I'm European myself). 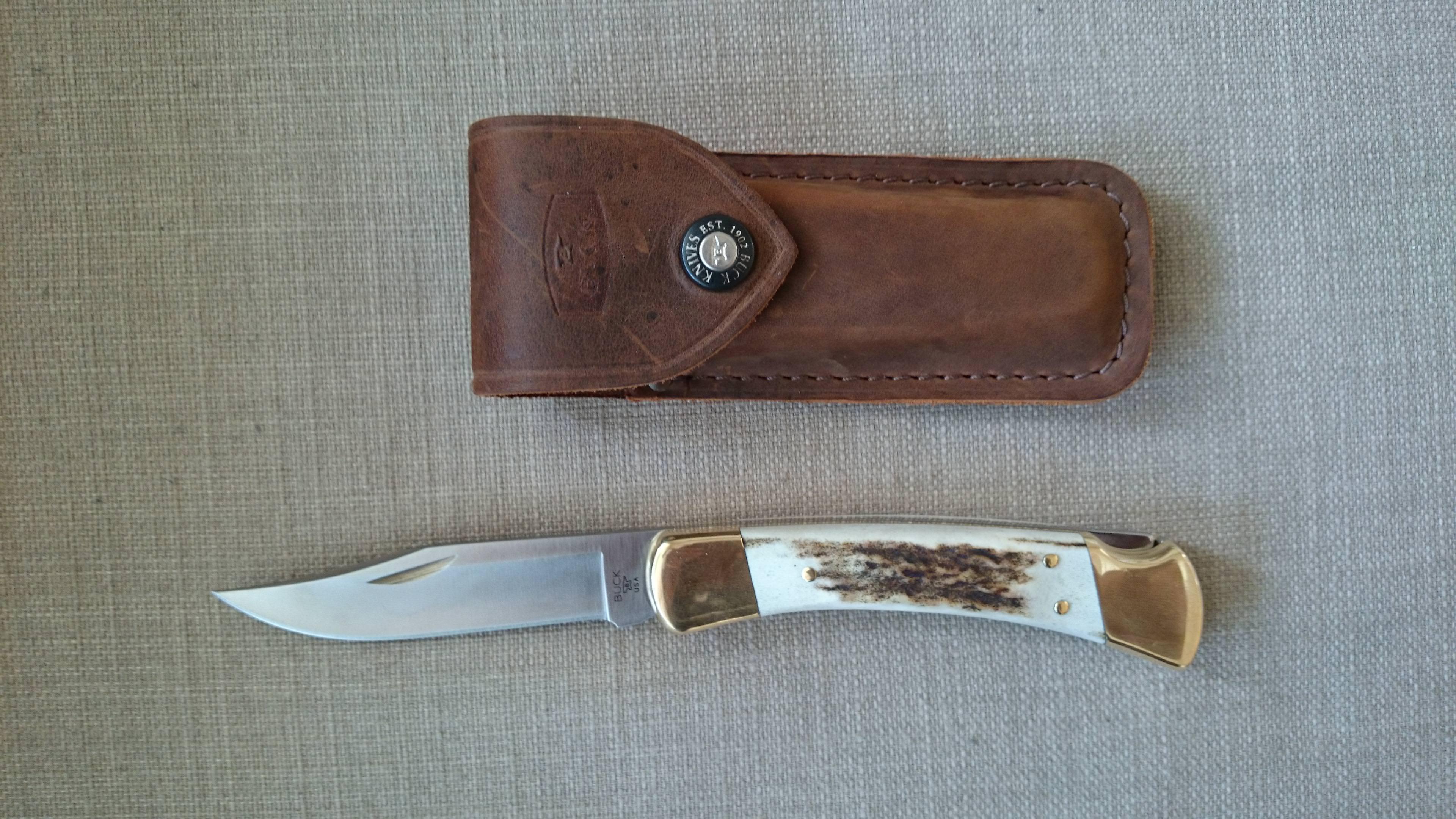 That is a beautiful knife sir! I wish I had one like that.
B

I highly recommend the 110 and 112 Slim for a good working knife. 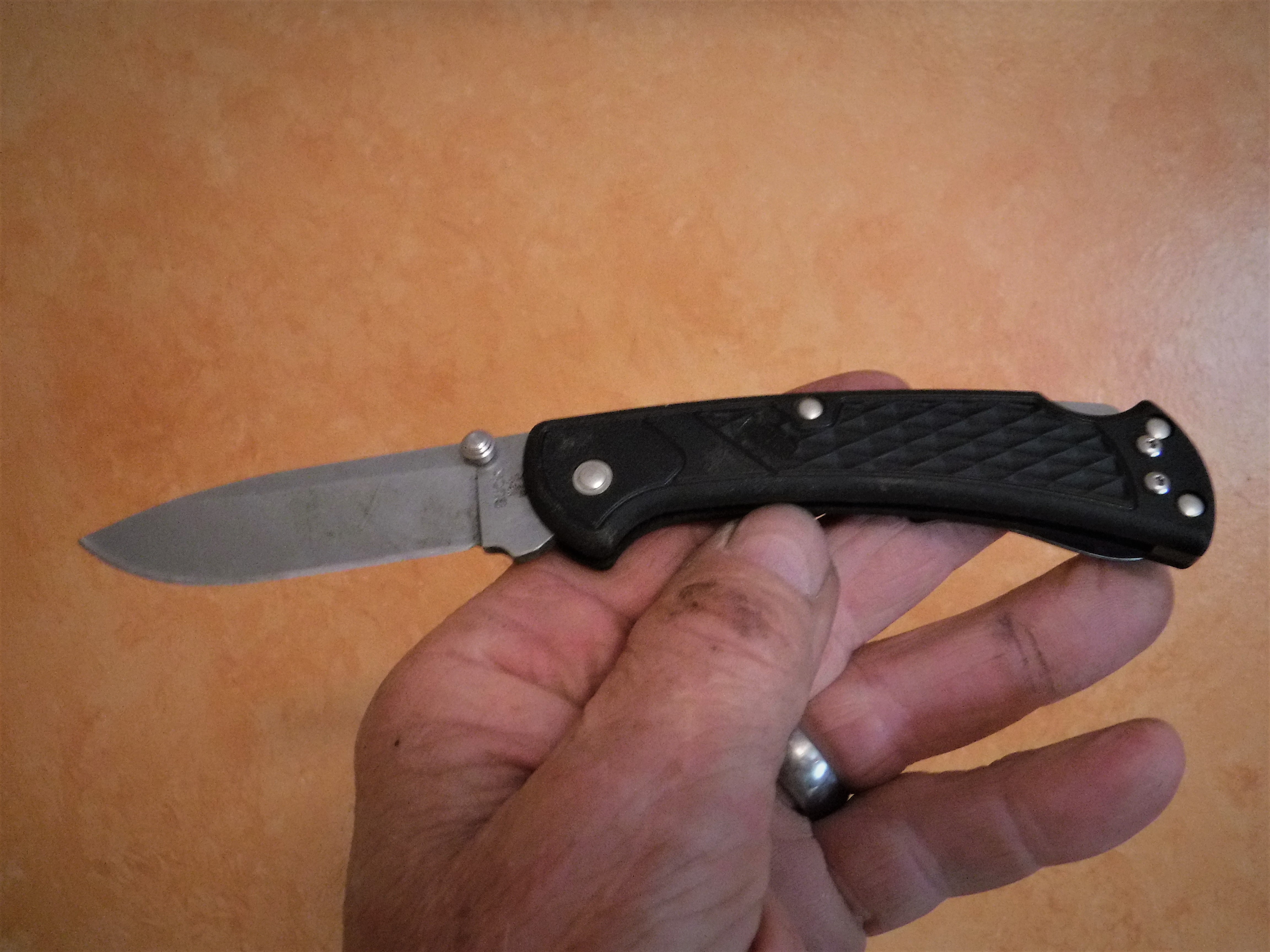