Here’s another. Thanks Mr. Pirtle! 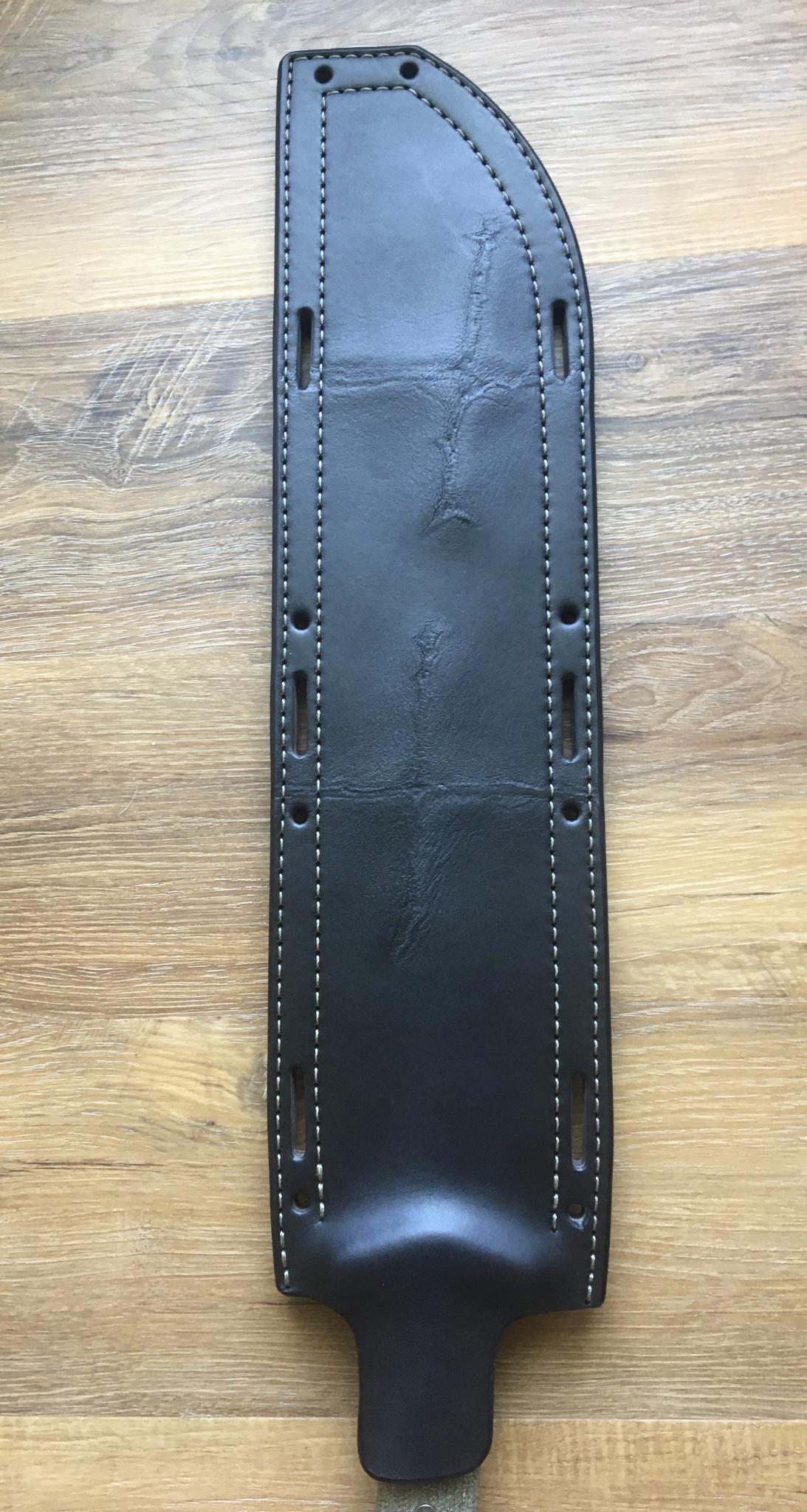 Curious where the list currently stands for fulfillment. Mine is quite naked.

I owe everyone on here as well as any other customers I have not talked to a heartfelt apology for the lack of comm's the last several weeks. Anyone who I spoke with at Blade and all that I have gotten back to in email are aware of what's going on.

About 2 weeks before Blade Show my wife was offered a promotion with her company that required us to relocate to Florida. About 10 days before Blade we flew down to "look around", we could live anywhere and had never thought about moving but figured it was worth looking into. After 50 years in Ohio, 16 years in our current house, lots of land, huge shop, 7 year old and my mom living with us it was not an easy choice or task if we did it.

Came home fairly indifferent but her company made it impossible to say no. After almost 25 years of marriage and both of us having successful careers, it is my wife now that allows me to stay home to take care of family and live my dream of being a full time leatherworker. By the time I was at Blade Show we were under contract on a house I'd never seen in person and plans were underway to move. We had to be here by August 1st to establish residency and get our daughter enrolled in school in time to start by the 10th. So after Blade I finished the batch of sheaths I was working on, started a new batch of K-18 sheaths that are in progress but had to wrap up the shop the last week of June.

My wife was doing a lot of traveling for her new role so July was spent liquidating my workshop (non-leather related), prepping the house in Ohio for sale, packing us up, packing my 77 year old mother who's lived in our In-Law suite for 16 years and is coming too, and keeping a 7 year old on summer vacation happy. (Thank goodness for summer camp!) Then a week before we moved from Ohio I broke my left ring finger which has thrown a wrench into productivity to say the least.

During this time I have been doing my best to keep up on email and spread the word of the impending move but it's a losing battle and I currently have a couple of hundred legitimate emails in my inbox, Instagram and Facebook that I need to dig through. I debated sending an email blast but sending an email to 300 active customers generates a lot more email in response.

Today I am about 8-10 days out from having my new and much improved leather working studio up and running, barring any unforeseen issues. My new work space is almost three times the size of my last and I have a lot of plans down the line to improve capabilities. With luck and some networking I'll also have better ability to hire some staff than I did in rural NE Ohio.

The FIRST priority is the get the partially completed batch of K-18's done then immediately finish the rest. I have all of the leather for the project which is a good thing because my tannery is now RATIONING leather out to customers. Between the beef shortage, lack of workers and onerous state policies in PA the future of my tannery is a concern, so I will also be looking at another domestic tannery that has not been as heavily impacted to see if their leather can be worked in my style. Last time I tried wasn't so great but I have reason now to try harder

Thanks all for your patience and well wishes from those that I've spoken with and again I am sorry to those I have not gotten back to yet. Once I finish getting us settled here and back up and running both leather and comm's will be flowing much faster.

Congrats to you and your family.

I think you mentioned shuffling orders around can complicate things, but if it comes down to it and it will relieve any pressure, feel free to bump me down the line.

Don’t get me wrong, I’m very much looking forward to getting my order but there is no pressing need to get it in any particular timeframe.

Also, not sure what part of Florida you’re at, but hopefully Ida strays clear of you.
V

xxwarderxx ......I probably am down the line anyway
S

Congratulations and best wishes. Chad, I am not in the rush too with my order.

any updates? have a Naked K18 but dont want to hurt myself...so laying on shelf waiting on the sheath. DM'd

swaybacksteve said:
any updates? have a Naked K18 but dont want to hurt myself...so laying on shelf waiting on the sheath. DM'd
Click to expand...

I feel the same

cpirtle , don't feel a need to go crazy, I know the move is going to take some time to get things settled, just curious about an update! Mine is sitting with the butt end down kind of resting in my gun cabinet, but I am kinda afraid it'll tip over sometime and just destroy something LOL.

madcap_magician said:
I feel the same

cpirtle , don't feel a need to go crazy, I know the move is going to take some time to get things settled, just curious about an update! Mine is sitting with the butt end down kind of resting in my gun cabinet, but I am kinda afraid it'll tip over sometime and just destroy something LOL.
Click to expand...

I’m in the same boat, unsheathed scares me maybe I should unwrap it all the way, pull the zip ties, tape the edges, wrap it and put it under the tree.

woodysone said:
I’m in the same boat, unsheathed scares me maybe I should unwrap it all the way, pull the zip ties, tape the edges, wrap it and put it under the tree.

Before I had a sheath, I stabbed mine into the end of a small flat rate box that was stuffed with paper bag paper, then stuck the whole thing into a large mailing tube (the triangular box) and set it in the gun safe like that

Something also easily overlooked when taping edges is how finicky and dangerous it can be getting the tape off later.

WValtakis said:
Something also easily overlooked when taping edges is how finicky and dangerous it can be getting the tape off later.
Click to expand...

Pro tip: use the grease from your nose and forehead and the tape gunk will come off

fonedork 's method of boxing an unsheathed blade...as well as wrapping the blade up in a towel or small microfiber blanket or similar...and then securing by tieing with cord or tape or elastic bands.

There are many ways to secure a long blade without damaging the blade or oneself.
T

Why not just use a big cardboard box and cut to to make a temporary sheath?

Also feel free to send it to me. I'll gladly hold onto it for you.

tokerblue said:
Why not just use a big cardboard box and cut to to make a temporary sheath?
Click to expand...

Maybe a stupid question, but y'all threw away the box the K18 came in?

vkp78 said:
Maybe a stupid question, but y'all threw away the box the K18 came in?
Click to expand...

Not only did I keep it, but I even carefully undid the zip ties that held it to the inner cardboard protector so that if I ever sell it, I will be able to ship it as securely as it was shipped to me. The method of using zip ties to hold a very large, heavy fixed blade to a heavy cardboard insert is a really great shipping method for heavy knives and swords.

Chad has a broken finger. He is trying to set up shop with that situation

I’d be chopping down trees with it, maybe just leave it outside halfway through a tree?