Time for another little spotlight on some recent standout work. We've made a few videogame knives before and they usually fight against you bringing them into reality. Often they're too large or the handles are impossible to hold or they simply are too weirdly shaped and fantasy based. This knife was pretty simple though and it's a credit to the AC asset designers that their blades were so realistic from the beginning. The final blade not only looks awesome but has been forged by hand over coals in the nepalese tradition, has a great feel in hand and should be ready to work hard. 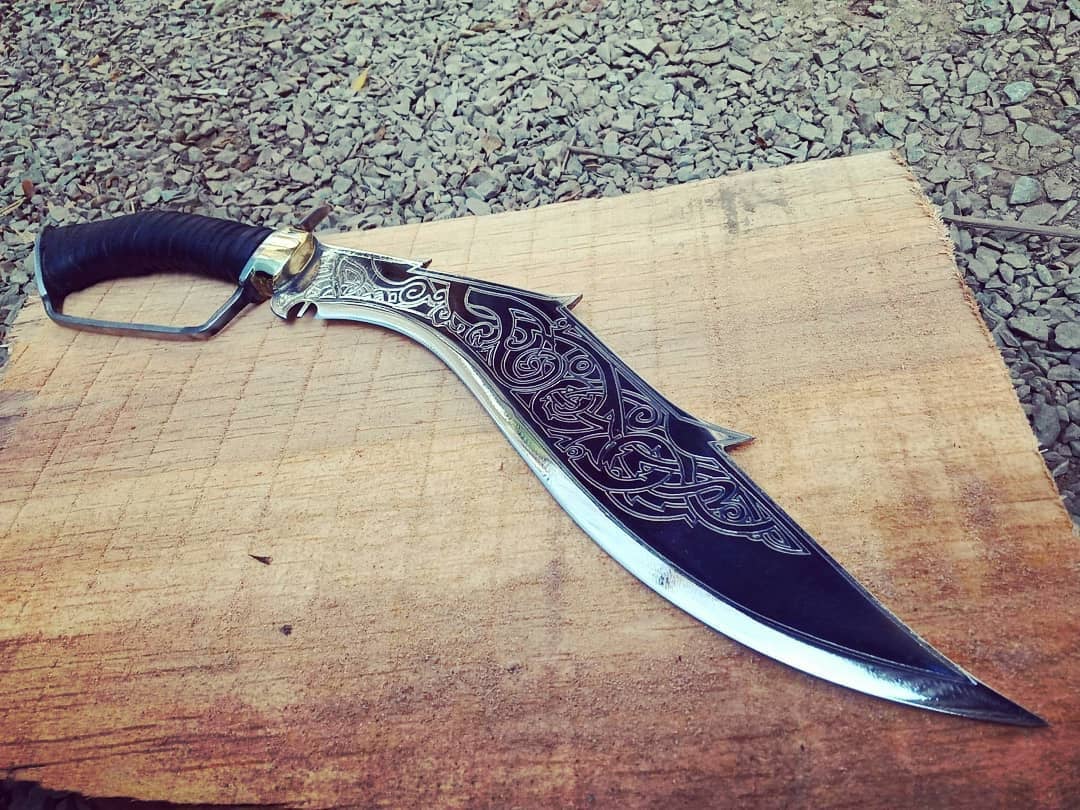 The customer we made this for was great to work with- he had a really good idea of what he wanted from his knife and also had a realistic budget for what a knife like this would cost. He picked out some features from a couple of different blades he liked and we mashed them together into one image for an idea of the general vibe. 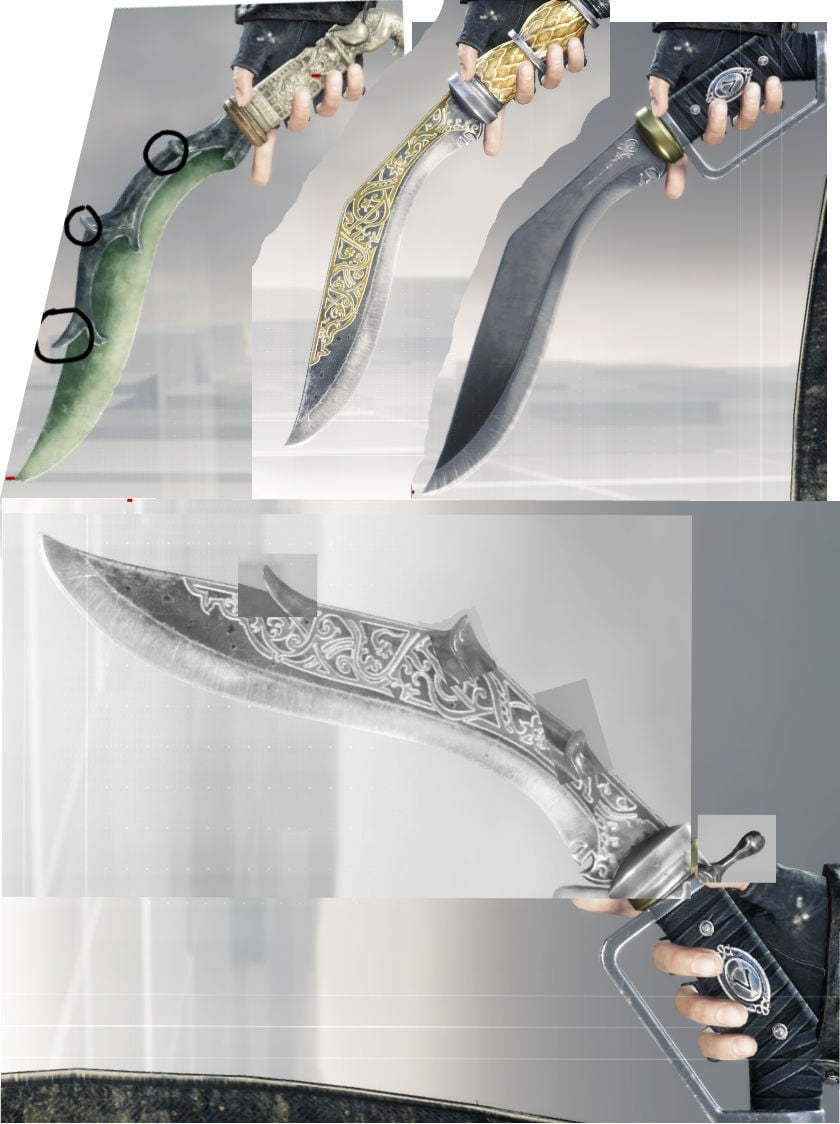 Once that was sorted out we went into the details of the knife. Materials, engraving, thicknesses, balance what kind of cutting it was going to be used for and moved to a workshop drawing of the knife that our blacksmiths could actually make. Once we'd locked in the design and sorted out payment we got to work. There's a bunch of construction pics on our instagram and facebook-too many to post here. So here's just one for an idea of what it looked like after a rough grind. 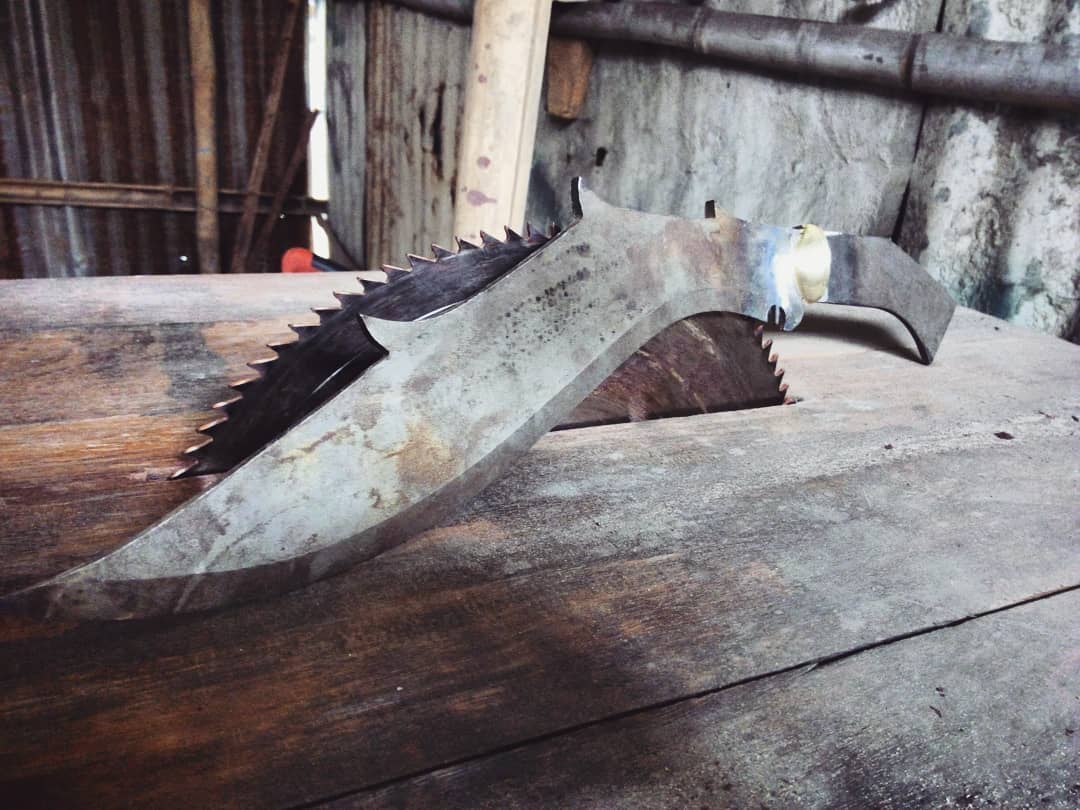 The Final knife was given a rugged stacked buffalo leather sheath as it's not just going to be a wall hanger- this blade is going to be taken on camping trips and given a decent workout. The customer was very patient with us during some delays in production and is stoked to have finally received it. These more fantasy based knives are always a challenge because of how important the ornamentation and styling is to the customers, but in this case I think we knocked it out of the park.
Take care,
Andrew and the team at Kailash Blades 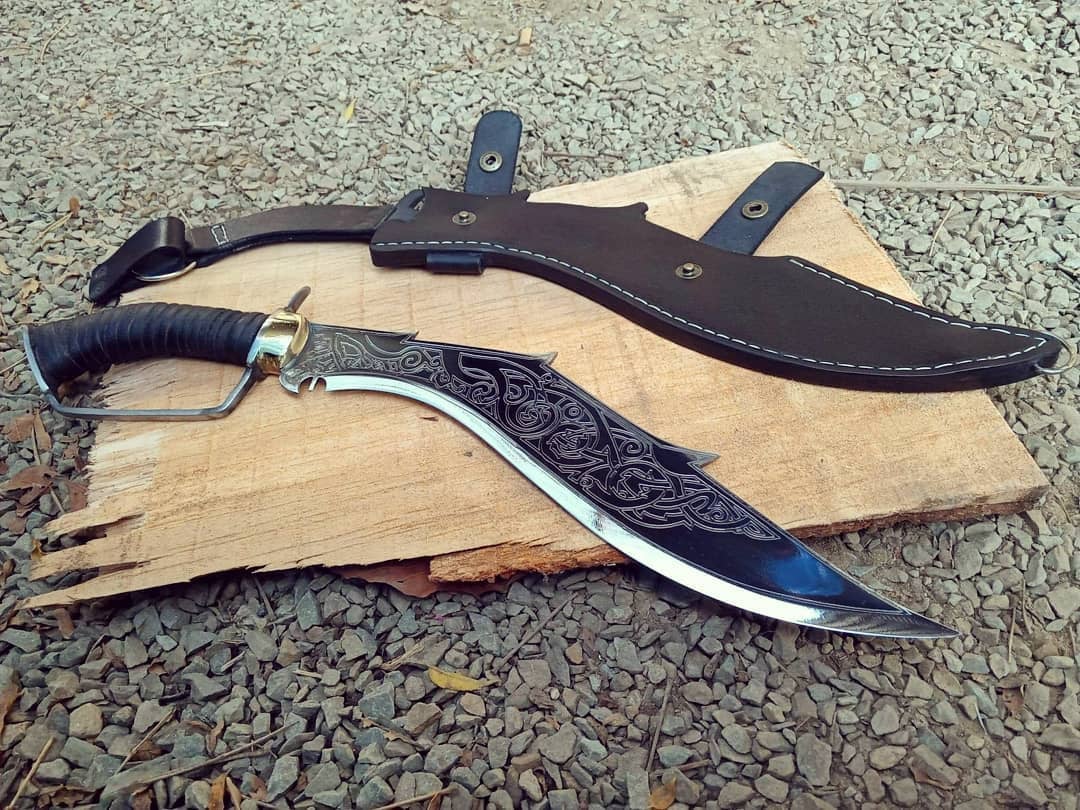 Someday, I'll order a Snapdragon from you guys.

Someday, I'll order a Snapdragon from you guys.
Click to expand...

Sit tight for the redesign that's on the way. Will be an amazing looking and feeling blade.