Had the grand-girls down for the weekend….lol, and try as I may, I just couldn’t find any excuse to carry a knife over the past three days.

Anyway, decided to kick the week off with a Le Thiers “Advance” lock-back.

I’m curious if anyone else has one of these yet, as I much prefer the lock design to the more traditional style. Would love to hear your thoughts if you’ve had a chance to compare the two.

Zeroedin said:
Had the grand-girls down for the weekend….lol, and try as I may, I just couldn’t find any excuse to carry a knife over the past three days.

Anyway, decided to kick the week off with a Le Thiers “Advance” lock-back.

That does look pretty sweet...what are the differences in the lock design that do it for you?

The best tools for the job aren’t always cheap. 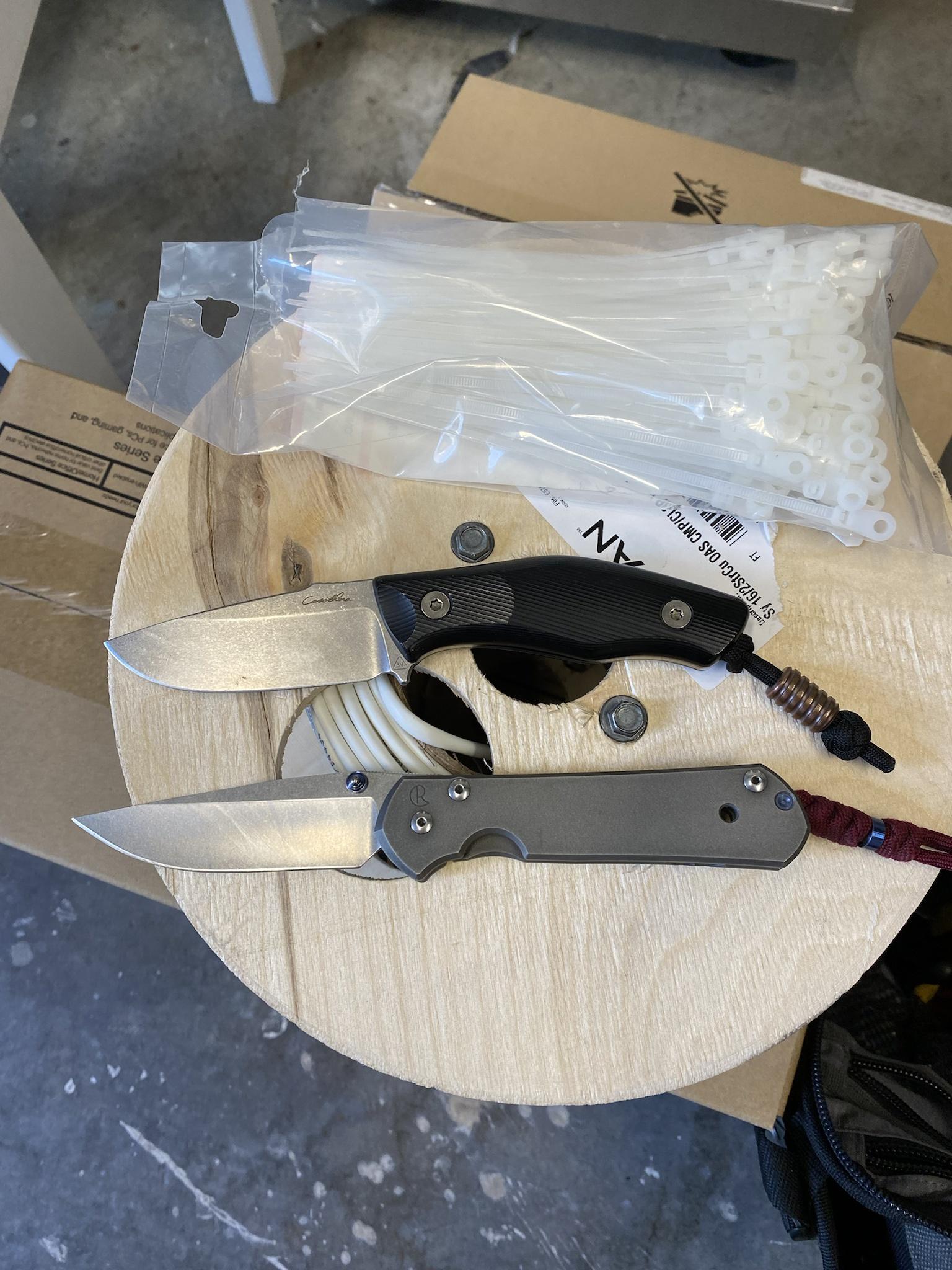 I have a love hate relationship with this Kawiken but I bought it (a long time ago) so it's in my pocket for the week. Should have returned it immediately but actually love the design. However the execution was the worst I've experienced from any production manufacturer. Eh, it's a Böker Plus so what was I expecting. The knife required a lot of DIY mods to make it EDC'able. 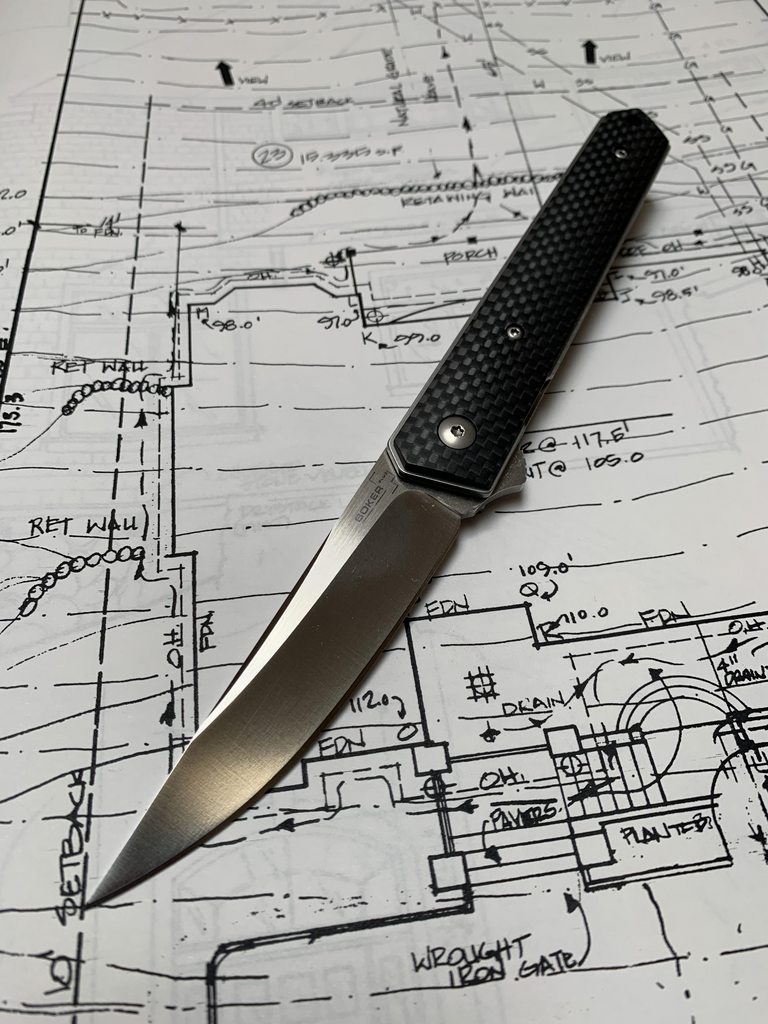 The jimping was a bunch of shallow scored lines and virtually non-existent. My finger would constantly slip. So I used a Dremel to cut my own jimping. Not too pretty but it now works. 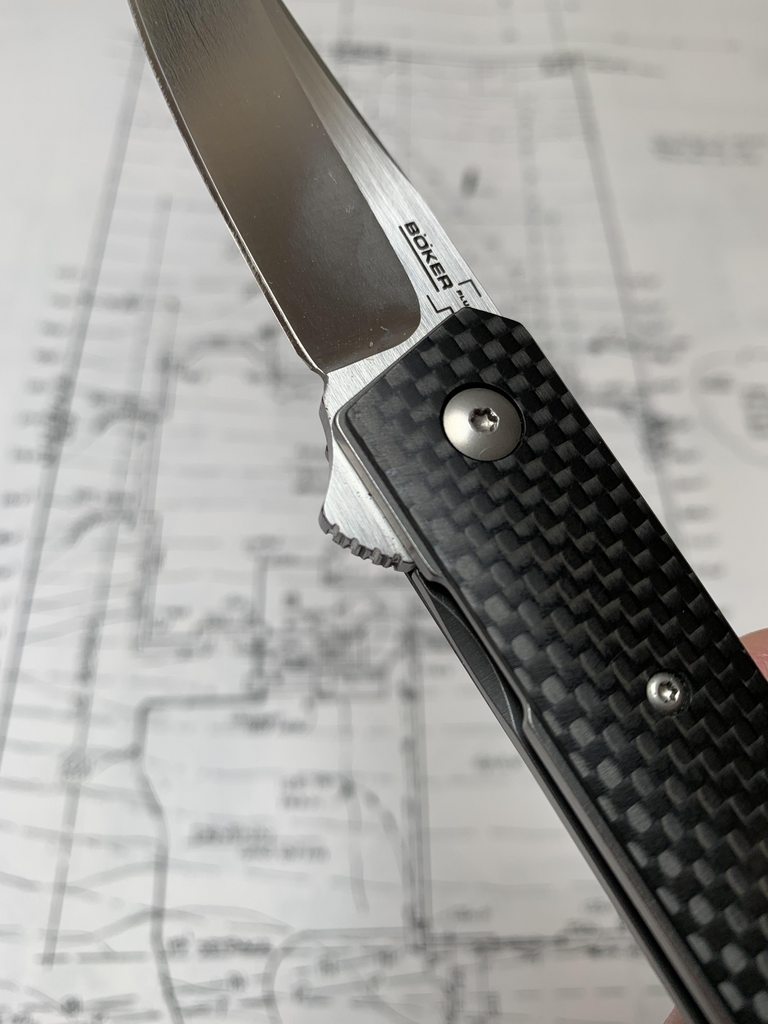 The weight spec'd out on the internet was all over the place, ranging from 4.25 to 4.5 oz. Actual weight was closer to 5 oz, way too heavy for a folder of this size IMO. I had to skeletonize the liners to bring it down to approx 4 oz. 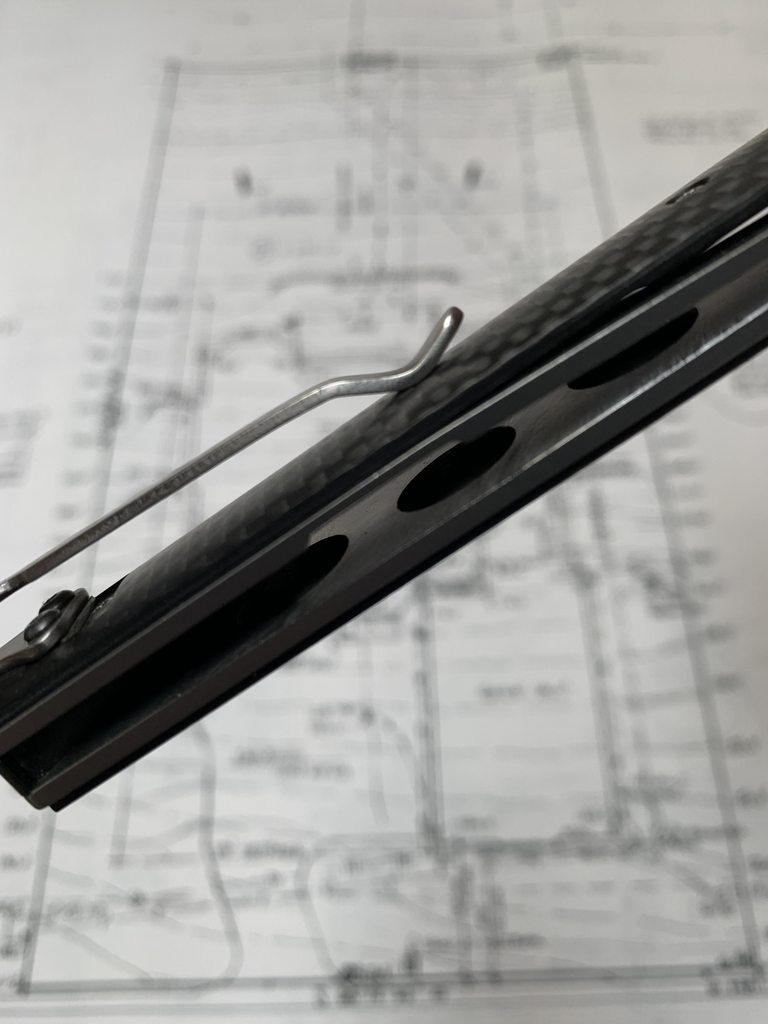 The worst offender was the blade when closed. The edge was nearly flush with the handle posing a major safety hazard. I sliced my thumb once already. Will rectify this problem after a few sharpenings. 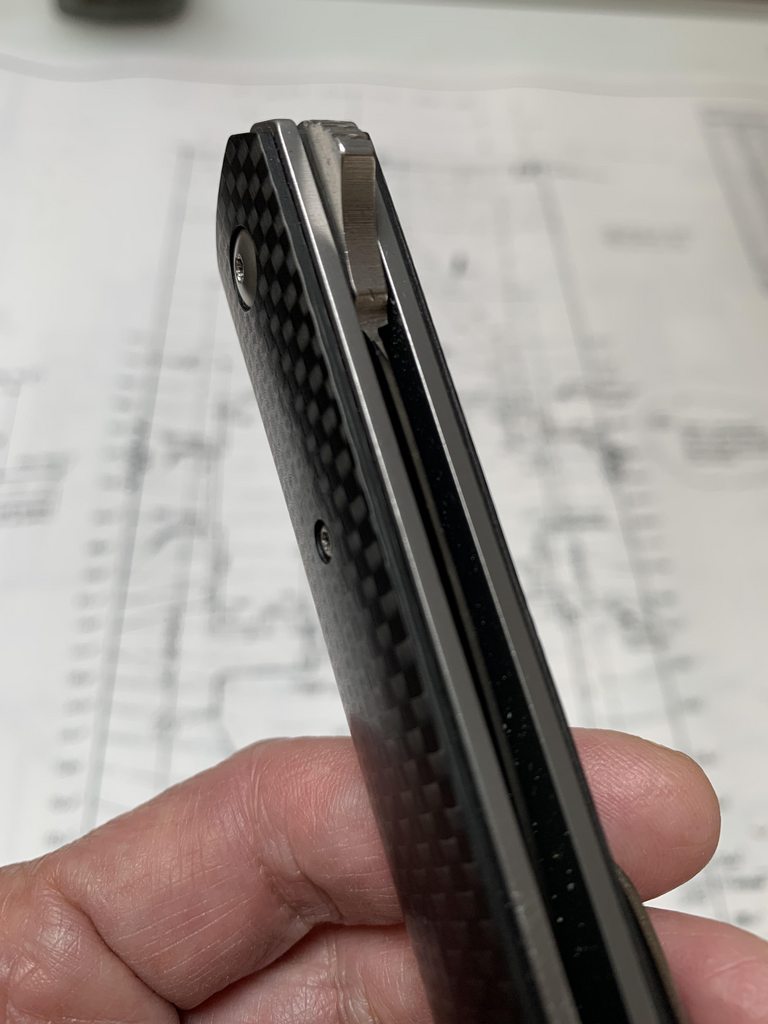 Lastly the original clip was flimsy and made the knife awfully high riding. To make things worse it used Euro metric screws spaced weirdly, so an aftermarket clip wasn't available at the time. I had to work with a custom clip maker to fashion this one. 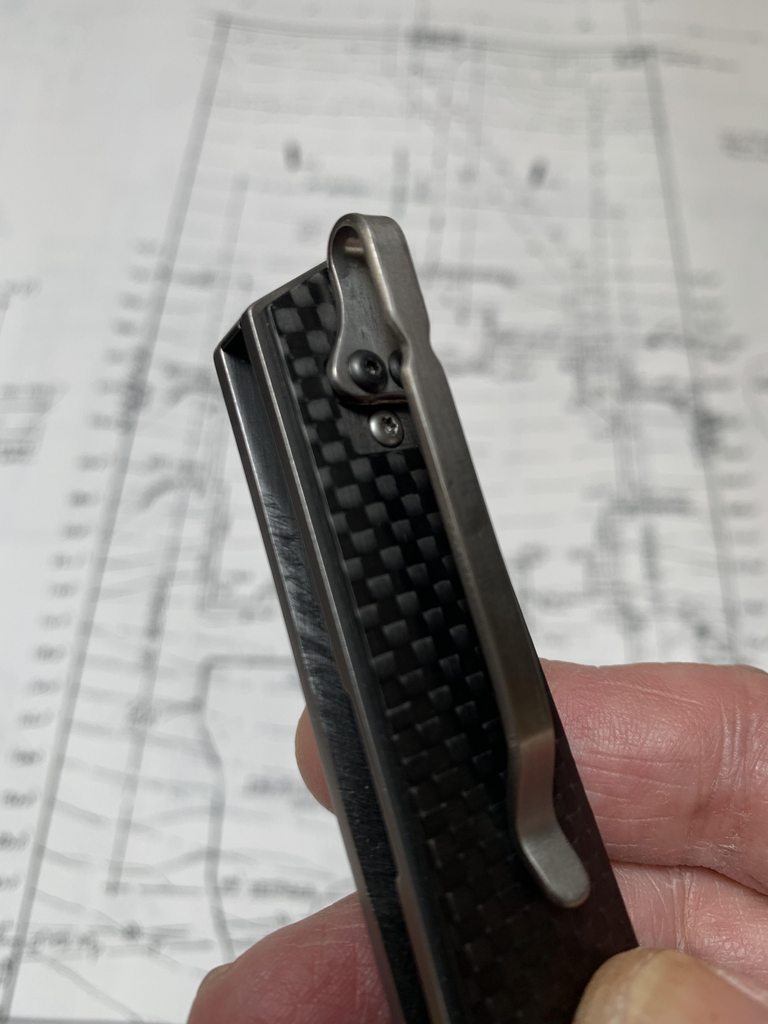 After all this, it's now actually quite enjoyable to carry.
Last edited: Sep 20, 2021
Z

WValtakis said:
That does look pretty sweet...what are the differences in the lock design that do it for you?
Click to expand...

Well, at the risk of getting this terminology all kinda wonky….the more traditional models all have the spring release/lock at the butt of the handle. For me, it can be a bit of a pain to disengage the lock; and because of its location, to get the necessary leverage usually means your fingers are in the path of the blade. It’s particularly difficult on the rounded models like the Corsican Pialincu….especially if you’re sweating or wet.

The Advance looses some of the traditional styling cues, but the mid-back lock makes closing it up much easier in my opinion.

Hope that makes sense. A few pics for reference. Note the lock placement on these, and for anyone not familiar; you have to push downward on the “lever” on the butt while simultaneously closing the blade.

And please feel free to correct me on the terms here. Lol, I’m still learning. Do we actually call it a butt?

As opposed to the “Advance’s” mid-back position, which for me allows for one-handed closing: 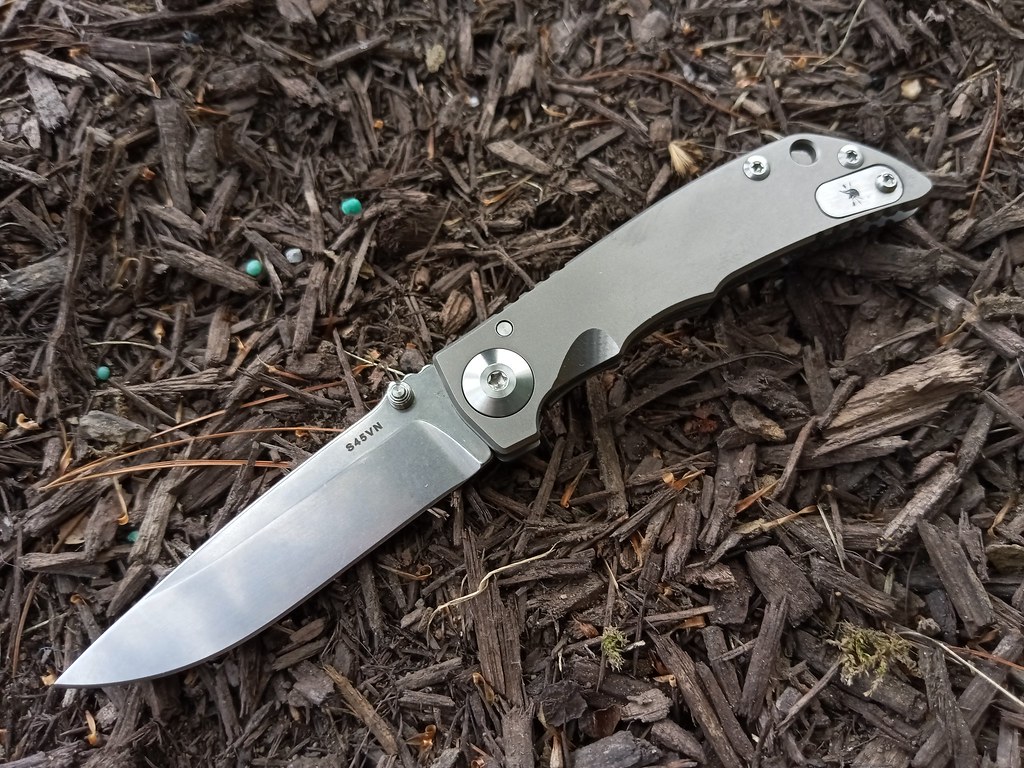 Thank you for that awesome fixed blade, Paul /

Thank you for that awesome fixed blade, Paul /

Me too!!! That’s a beauty you got there.

A duo of Spydies keeping me company today. I've been surprised how much I'm enjoying the Tropen. Not a single issue with the exposed edge at the lock cutout either. It would be perfect with a liner-lock. 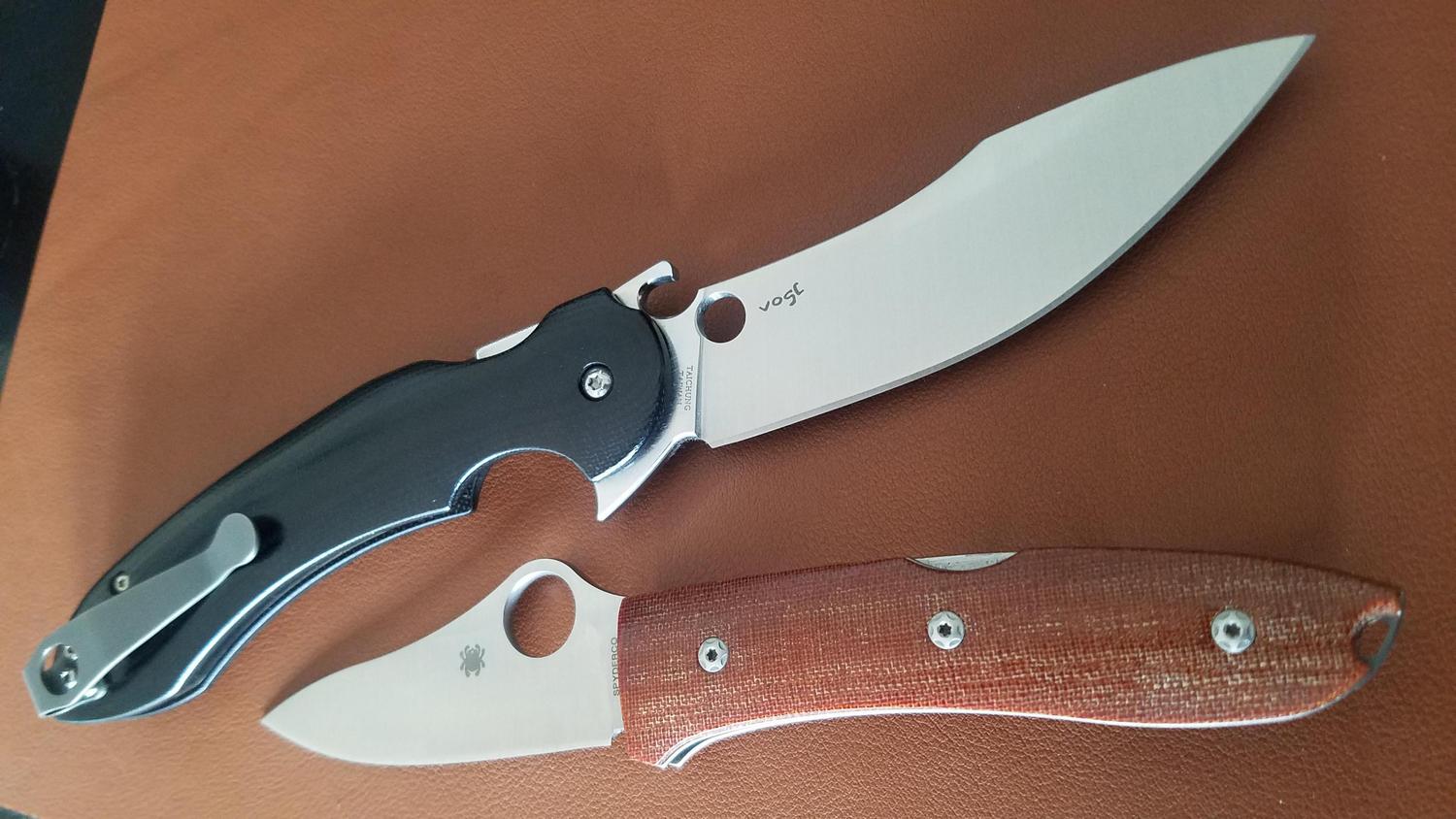 Lol…..I had to do a triple-take to make sure I was putting the right name to the photo. The lack of wires confused the crap outta me.

Nice to see ya’ taking a few minutes to enjoy the scenery!!

Got this beautiful little blade in today so went with a fixie and foldy carry today.

I'm gonna tag just because I feel he deserves it, but if anyone doesn't know about John

Redmeadow Knives you need to head over to his forum and take a look.