I got this knife in the mail today.

The seller said it was a reproduction of George Washington's pen knife made by Camillus in the 1930s.

Anyone know about this one?

Might be true! I will leave dating of that to Tom (Camco).
Camillus did another repro in the 90's but that is one of the originals we used as a template!
Nice find!
C

Dale,
The first George Washington knife was introduced in 1932 to commemorate the 200th anniversary of his birth. The knife is a replica of the actual knife that was given to G.W. by his mother.
I have some old ads showing this knife and I will send you copies to post here.

Thanks Phil & Tom for the info.

Phil,
If I understood you correctly, my knife is one of the 1930s issue reproductions?

Tom,
As always it is my pleasure to post Camillus information here.


My thanks to both of you for sharing your wealth of Camillus information with us here in this forum.

hey dale, i have one as well.

orvet said:
Phil,
If I understood you correctly, my knife is one of the 1930s issue reproductions?
Click to expand...

Absolutely!
I just needed the dates from Tom!

In my view, an important piece for a Camillus Collection!

Thank you so much for the info Phil.
That is really cool.
I thought it was the newer reproduction.

FYI, I think this is a repro based on the original held in the collection of the Masonic Lodge of Alexandria, VA. See it here.

Camillus made three versions of the George Washington knife. The first one was offered in 1932, the second version was a smaller knife sold at the 1939 World's Fair and the third version was introduced in the 1990's.

Did the third version lack a shackle as well as George's signature on the handle (as seen in Dale's example above)? I've seen a few in the Bay recently without a shackle or George's signature. The blade(s) look legit and the tang stamp correct for the 1990s however.
V 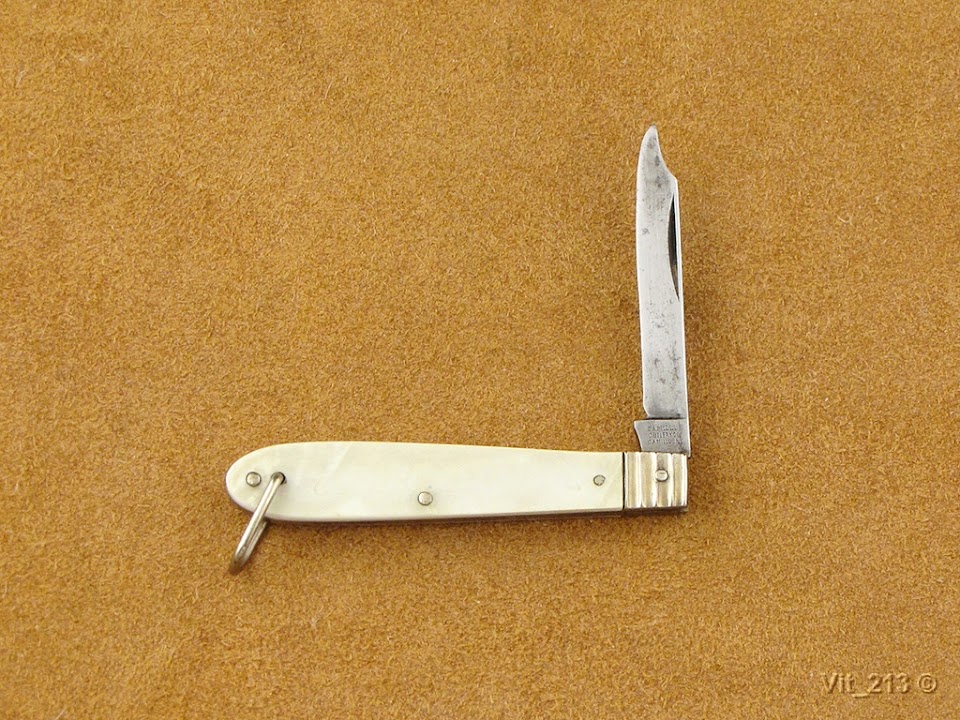 Phil Gibbs what is the story on this one? Glued scales? 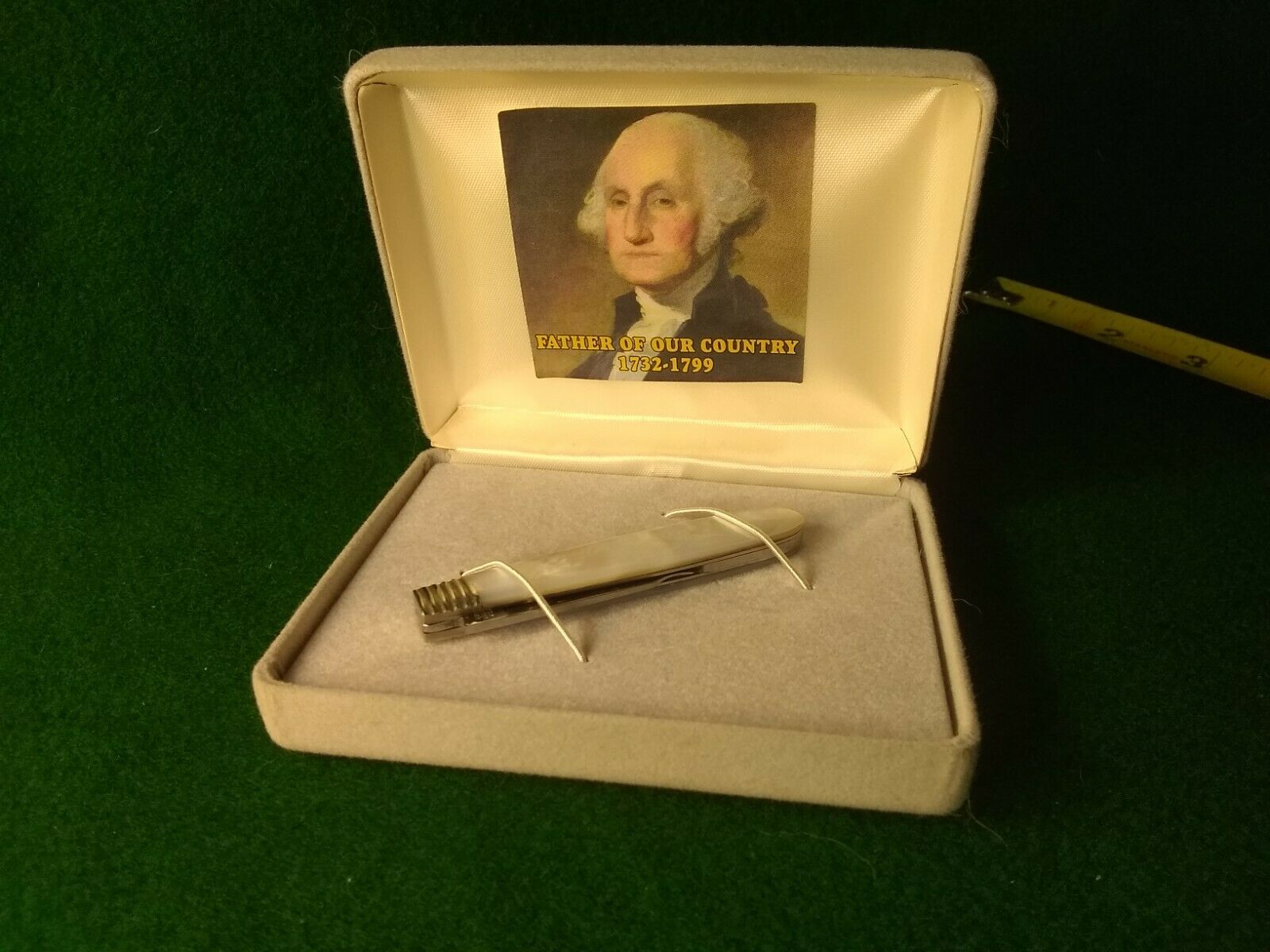 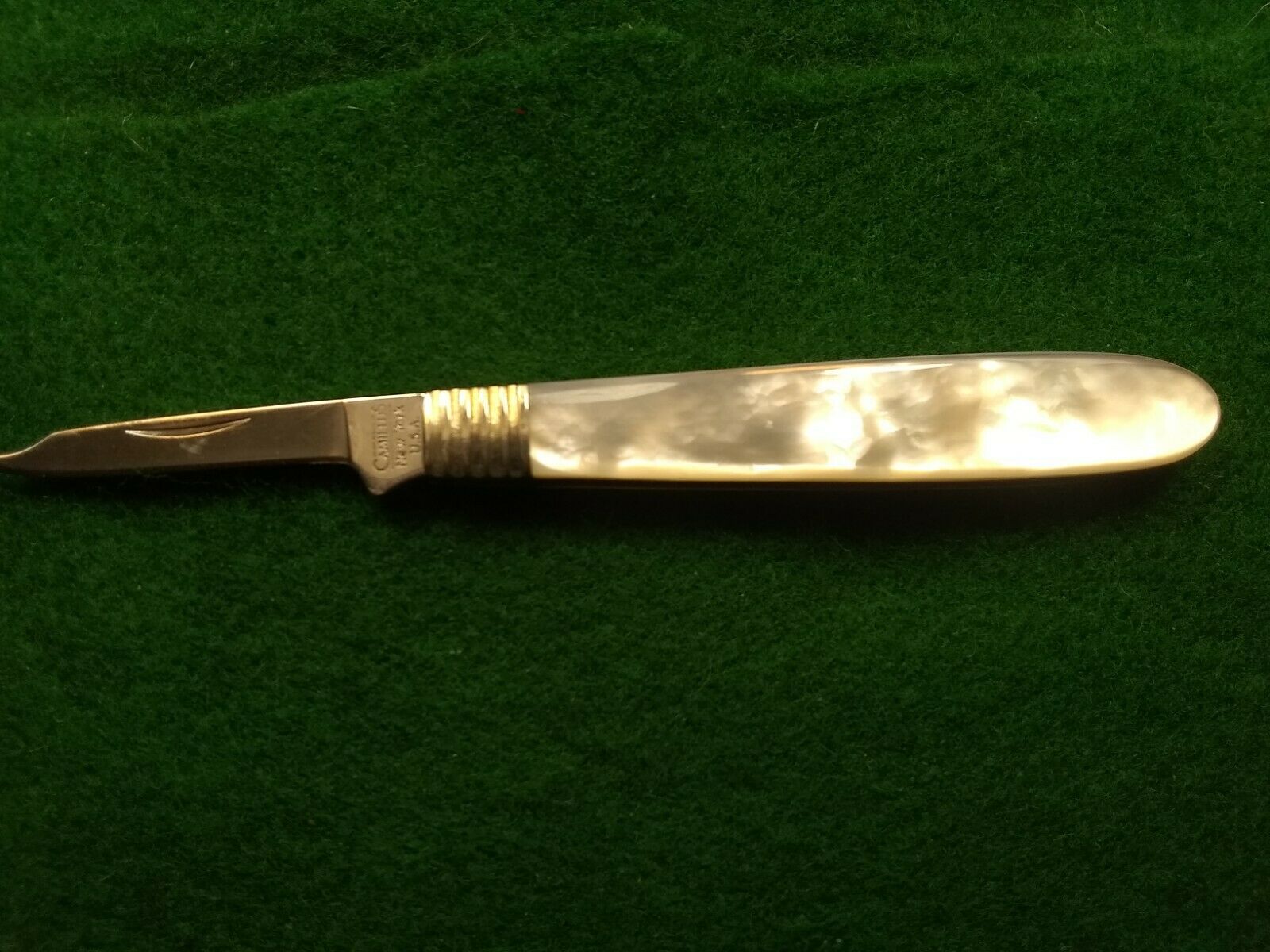 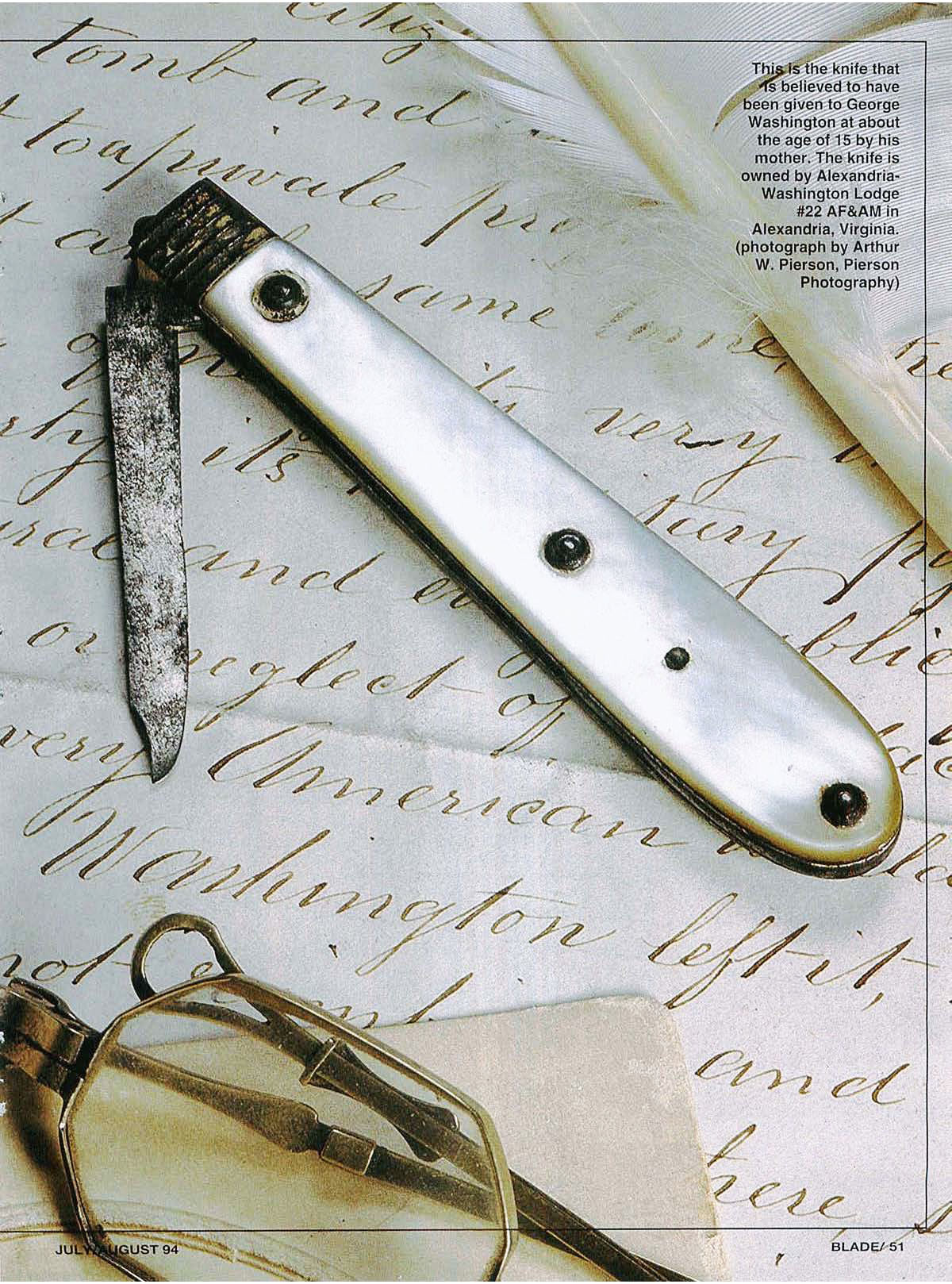 Codger_64 said:
what is the story on this one? Glued scales?
Click to expand...

Is this your knife? What is the material of the handle?
There were two variants: plastic Perlex (GW1) and genuine mother of pearl (GW2). Since when attaching the MOP with rivets there is a risk of its destruction, it could have been glued. I do not pretend to be true, this is just my guess.

Vit_213 said:
Is this your knife? What is the material of the handle?
There were two variants: plastic Perlex (GW1) and genuine mother of pearl (GW2). Since when attaching the MOP with rivets there is a risk of its destruction, it could have been glued. I do not pretend to be true, this is just my guess.
Click to expand...

Thanks for the reply. It was just purchased by a friend and he doesn't have it in hand yet. I've contacted Phillip and he was unsure as well. My friend who bought it will be able to tell what the material is when he has it in hand. Phillip did say that it was possible they made them in two batches and one may have been sent to Santa Fe for assembly like this, glued not pinned. Was there a marking for GW1/GW2?

From the archives here:

You are correct. Camillus made a skeleton of the George Washington knife and sent them to Sante Fe Stoneworks to have pearl handles installed. I was not aware of this knife and Wendy at Camillus provided this information.
Tom Williams

I found a sales receipt for the GW-1 in an ended eBay auction dated May 2000. Price was $39.99 which matches retail in the 2000 and 2001 price lists. Haven't found a price list or catalog showing the GW-2 yet, but a knife author, Steve Pfeiffer, stated that he sold one of these and it came with an "original" box from Catonsville Pocket & Penknife Co., a Baltimore firm. Which suggests they may have ordered this more expensive version. That might explain why the "GW-2" does not appear in the price lists?

So to sum it up, there were four Camillus variants of the George Washington quill knife. 1932, 1939 New York World's Fair small and 2000 plastic Perlex and 2000 MOP. Also 1932 reproductions by Robeson, Winchester and others.
V

Great! Every detail helps round out the story on them. Also I see several different forms of the model numbers quoted but only the official source of the one listed in the two aforementioned price lists archived. And no documentation yet on date of the SFS issue. I did see a sticker in an ended auction on eBay which looked like it came from a shipping sleeve for the GW-2. But the pattern number had more letters in it.

gbuskirk said:
FYI, I think this is a repro based on the original held in the collection of the Masonic Lodge of Alexandria, VA. See it here.
Click to expand...