How is Gerber doing?

Hey guys, remember Gerber? For the past years it has been the laughing stock of the knife community. And rightly so, because ever since they outsourced production to cheap labour, the quality disappeared. They seemed to put out so many lemons they might as well have sold lemonade (or Gatorade, depending on the model).

A while ago I read somewhere that they vowed to do better. They even promised to bring back production to the USA. And lately I see them popping up here and there with models that actually seem halfway interesting and well-done.

For example: the 'Principle': 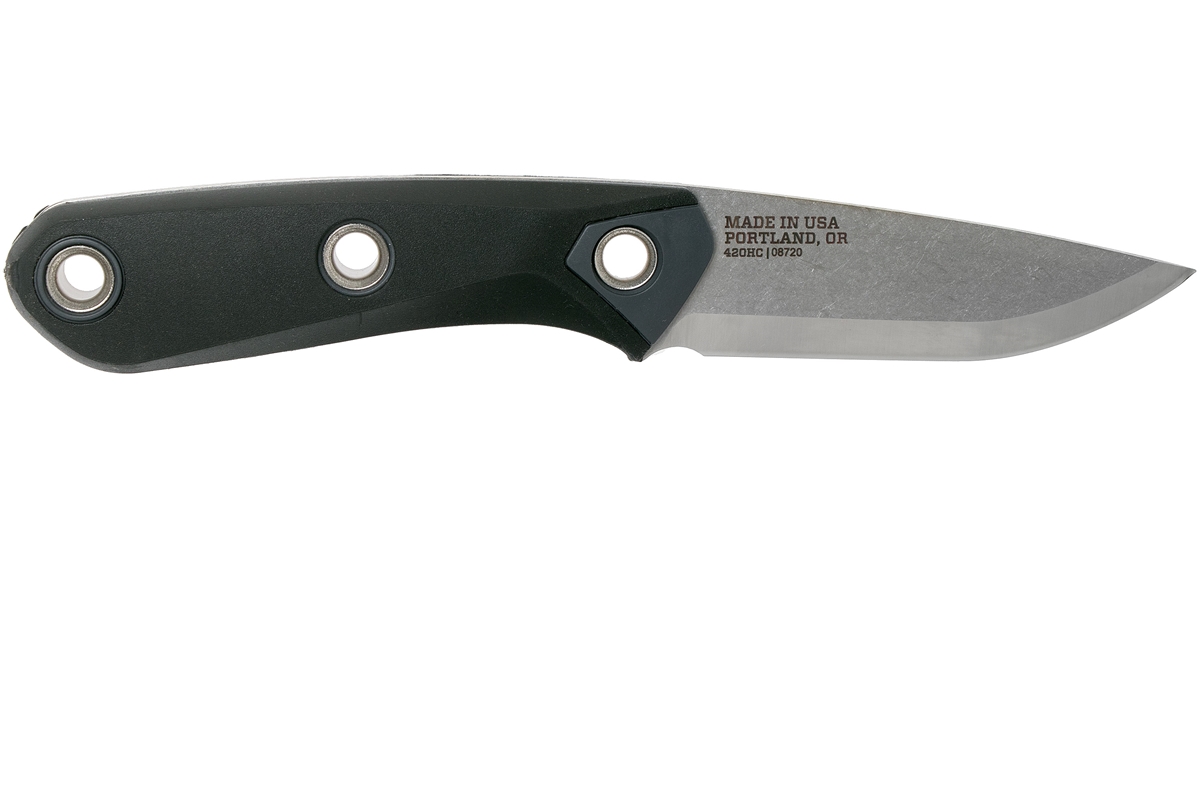 It even says it's made in the USA.

And it's not just regular people mentioning them too, but other people in the hobby. They've also managed to get a good representation on the website of a big Dutch webstore, and I know these guys know their stuff, too. They don't want to sell crap. The line up there suprisingly has some interesting pieces too. And they get good, well thought out reviews.

Now considering the situation, I'm not ready to raise the flag in celebration, but could it be that they are on the path to redemption? Is redemption even possible?

What do you think?
B

Following. I'm interested to know what people will say about this.

Personally, I don't care for Gerber products, and tend to stay away from them. I've had some bad luck with Gerber. But I am just one individual!
A

I have the Principle...bought it for camping stuff. It's just OK. The handle and sheath look and feel cheap. The blade itself seems well made and held up fine to everything I put it through (I've only been camping once with it so far though). I kind of wish I hadn't bought it to be honest. It's cheap enough that it isn't worth trying to sell though.

I bought a SOG Pillar at the same time and freaking love it. But they are in two very different categories and price points, obviously.

Seems like Gerber is making somewhat of an effort to do better, but I am still not interested in their products. Prices are high for what looks like meh quality.
C

The Gerber Reserve knives that are starting to come out look pretty good. But yes, the decision to make the cheap stuff overseas seems like a really bad decision in retrospect.

I have a strongarm,great knife, but they really have nothing else that interests me.
O

I've always thought of Gerber as a multitool company that also made some knives. They were the second-largest multitool maker in the country (behind Leatherman) for a good while (and may still be there, actually). Their multitools are still more interesting than their knives, but the Reserve line may change that.

No complaints with the strongarm - i like mine a lot. Considered the principle... that was as far as I went really - for no other reason than, I already have way too many FB's (lol)

However, interesting to read.

Curious to see if they will make offerings in some better steels, from plain carbon to 52100, A2, 80CrV2, all the way to some really nice stuff like 3V.

I've always considered there to be 2 Gerbers:

The Made in Portland Oregon Gerber that makes OK-ish to decent stuff (06 Auto, Strongarm, 154cm Gator, LMF II, etc) and the "Fiskars Gerber" that slaps the Gerber name on imported, Chinese made knives for Walmart and the low-end of the market --Bear Grylls, Paraframe, 06 fast, etc. I know that in reality they're the same company but there it is.
D

I was thinking maybe they had gotten their act together, so I recently bought a fastball cleaver (it comes in 20cv).

The blade was off center, the detent was very, very strong - and it had the worst lock stick I’ve ever experienced. I sent it back the same day, and ordered a Kershaw Link in the same steel - for $30 less. I won’t be trying them again.

They have a new Axis-style lock that looks interesting.

They have some cool US made stuff.

The Strongarm is a solid value. Their Multi-Pliers are top shelf multi-tools, very good stuff.

My next Gerbers are gonna be the mini covert and maybe the Ghostrike. Don't know why, I just want them.

Their Bear Grylls stuff is laughable. My son has one, the Compact Fixed Blade. He uses it as a toy pretty much.

jstrange that Axis lock thingy is called the Sedulo. It looks cool, kinda like a Mini Grip from BM. But I have a Mini Grip, so....

But Gerber will get some more of my money in the future no doubt. I'm fine with supporting US jobs and all.

I have dipped my toe back in with Gerber twice in the past year. First, got a LMF II as a “truck knife.” No complaints about it at all.

Next, one of my sons “bought” me a Centerdrive multi tool for Christmas. We’ll see how that goes later this month. The promising thing about that tool is the use of standard driver bits, as I have come to despise the proprietary flat “half bits” that Leatherman uses.

The 154CM Gator is not a bad knife and provides good value. I do not have experience with other Gerbers besides a multi-tool ... which in kinda chinchy - certainly compared to LM multi tools.

SALTY said:
The 154CM Gator is not a bad knife and provides good value. I do not have experience with other Gerbers besides a multi-tool ... which in kinda chinchy - certainly compared to LM multi tools.
Click to expand...

Thanks Salty. I was and am looking for impressions of the 154CM Gater. I had a Gater maybe 30 years ago. All I remember is the comfortable grip. I almost pressed the button on the drop point. I'll wait and review until the Xmas rush is over.
9

I personally like Gerbers USA manufacturing. I've got a center drive, an 06 manual folder, a propel downrange I deassisted, Applegate combat folder, ghoststrike, sharkbelly and 4 fastballs with the wharnicliffe blade. Got 2 cleaver fastballs on order.

Fastball falls into the top 3 knives that I carry.

Gerbers imported stuff on the other hand is usually best avoided. Some of the newer stuff seems to be trying to appeal to budget minded hobbyists but materials vs cost is losing out to many of the chinese budget brands.

Meh. The only Gerber I have that I consider quality is the Harley Davidson branded Stud Gator my dad bought me for my 18th birthday nearly 22 years ago.
There stateside made tools aren't bad.
Almost all if their big box store stuff? Well like everything else I know if labeled "Gerber", it belongs in the bottom of a diaper.

Lodd said:
Hey guys, remember Gerber? .....What do you think?
Click to expand...

I'd give them a chance and hope they get back to being a quality brand. They did come up with my favorite dagger design ever which is the MK1 35th Anniversary.