So amidst the seemingly ever-present chaos of my life I managed to get a thing together for a friend here at BladeForums that's been patiently waiting for me to get my 'Things' settled out.

He had already taken a spindle sander to the spine before sending it to me, so it was bare there but he request I strip the rest of the coating from the blade without touching the handles with stripper. Then I reprofiled the edge by hand on a Sigma Power 120 water stone, in the process I perfectly straightened/aligned the 'straight' part of the edge right in front of the talon hole thing. This is not the most trivial job and takes quite a bit of time to do by hand but I feel the result is quite worth the effort. I also lowered the edge geometry to something around less than 10 Degrees per side.

This knife was to be used exclusively for deer processing/skinning/etc. so he wanted it to be maximized for cutting abilities. I finished the apex with a micro bevel of around maybe 15 Degrees per side on the folding diamond plate thing I have (It's a DMT Diafold in Fine grit I've had for many years that's well worn). Prior to apexing the knife I hand rubbed a finish with Scotch-Brite Heavy Duty Hand Pad 7440 by laying the pad on a picnic table holding the knife in hand pulling it towards me for maximum downward/rearward force application under the scorching/humid heat of the FL panhandle.

A labor of love.... hope you enjoy the pics! I've got to say after finally getting to handle one of these Badger Attack III's in person it's a super cool knife that would make a fine deer corpse slayer. I really dig the old school logo that's just barely lurking inside the frosty satiny look. The clip point with swedge grind on this one really makes it killer cool to boot! Boss, I gotta ask also when those 4" HOG Mentor's are coming to fill this sort of void of a relatively compact 4" blade with a full size handle for all of the crud life wants to throw at you??? I might have to take one if it became a 'Thing'...... 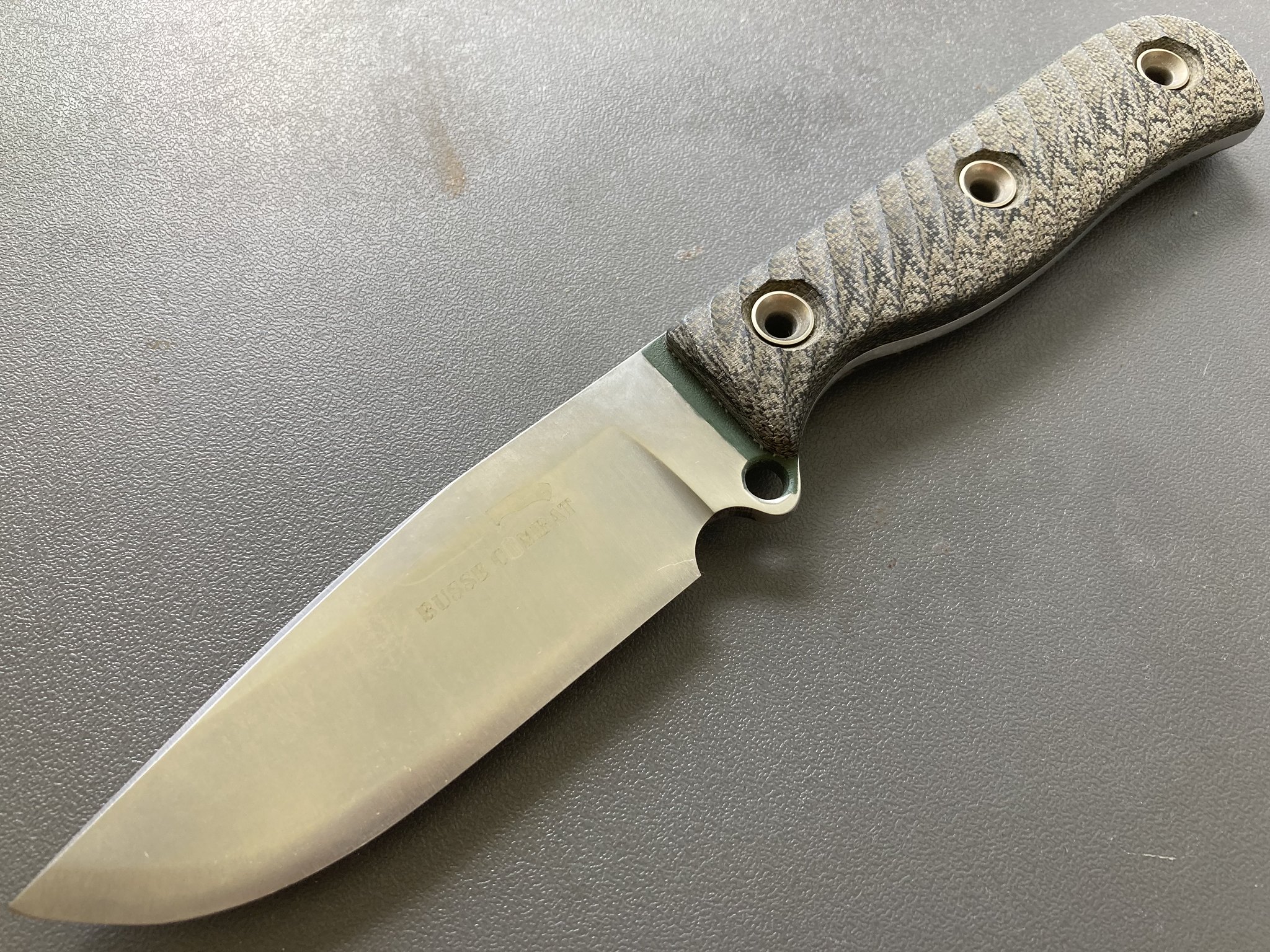 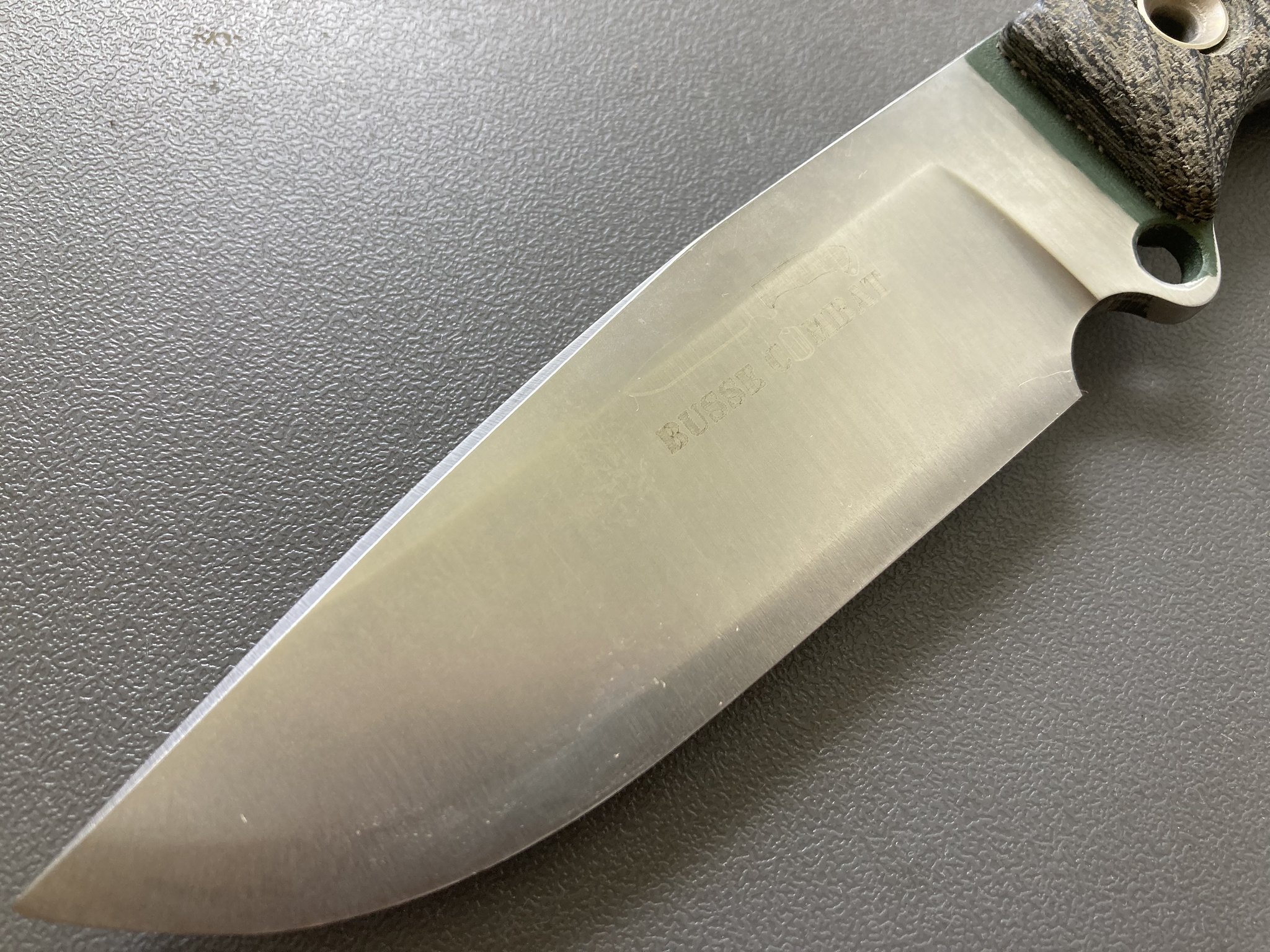 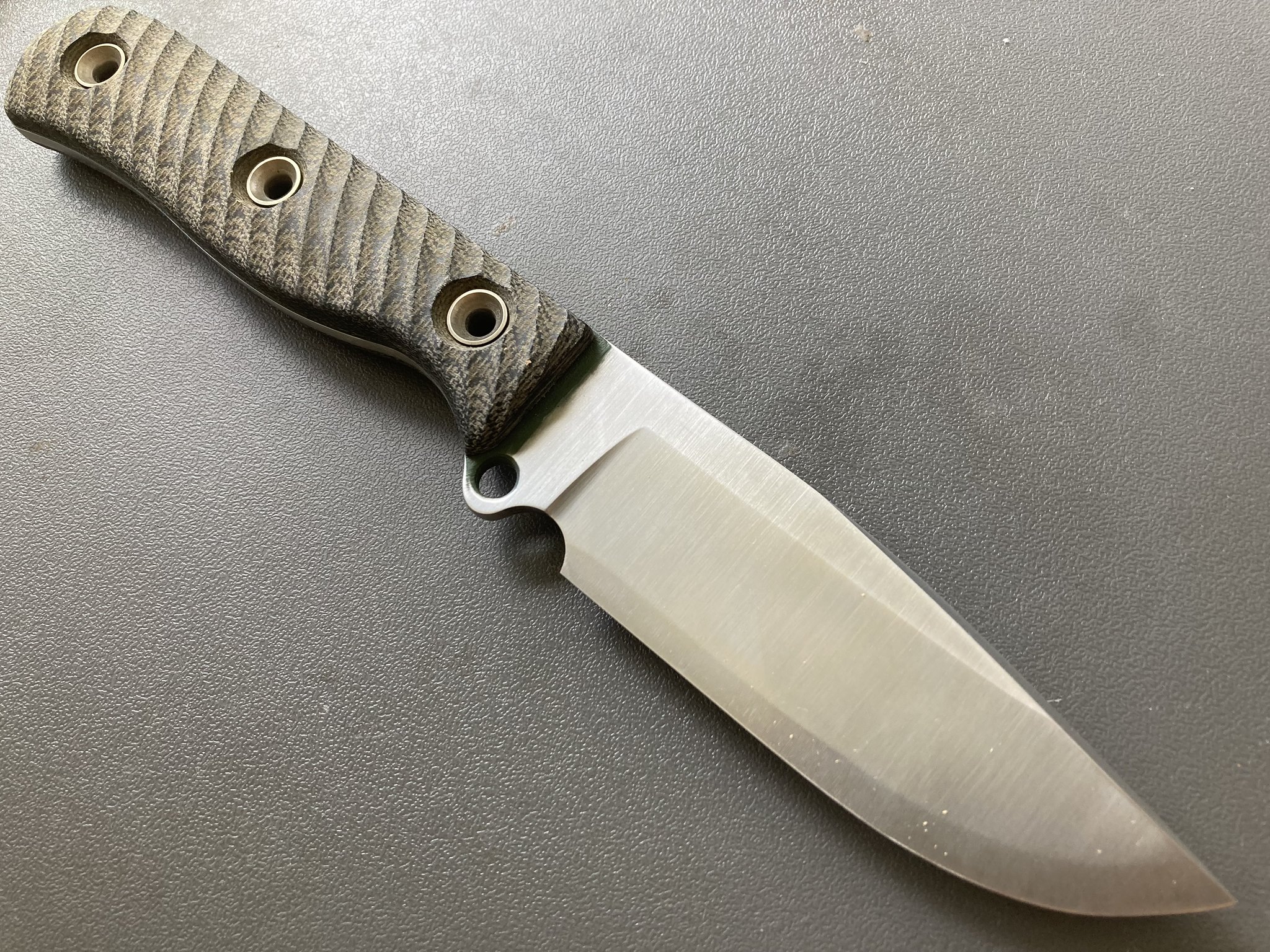 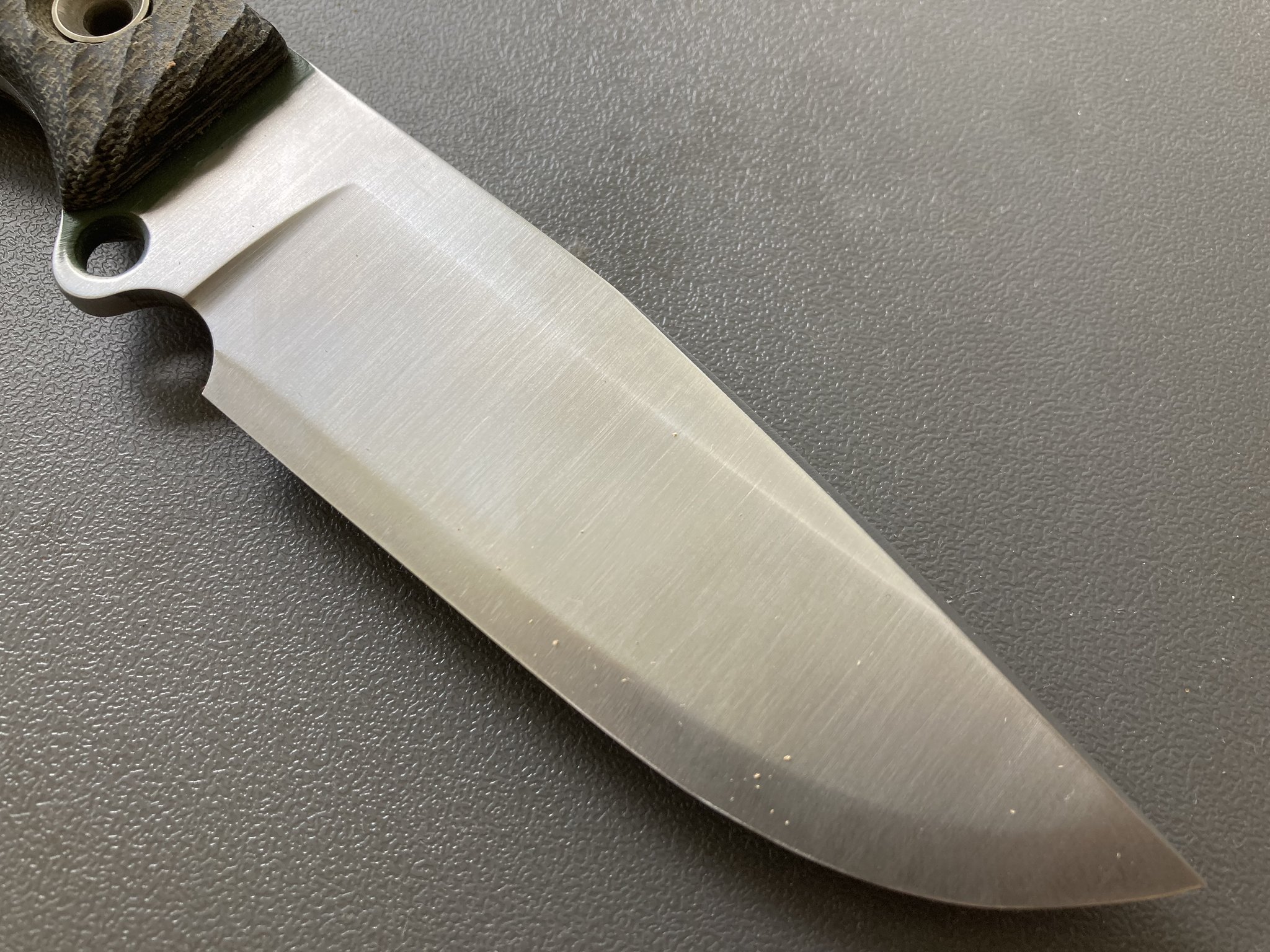 "YOU DON'T DRINK WHAT I DRIIIINK

YOU DON'T SMOKE WHAT I SMOOKEEE

Excellent work! And a great song, too.

great work. I have taken some down way low in dps.

I just shaved with it. through my device

It's ruint. Tell your friend that I'll give him three fiddy for it. Cuz I'm generous like that.

Wow. Haven’t seen one of those in awhile. Looks good.

I cut myself just looking at it because I'm damn good at that.
Not sure what I'm most impressed with, that someone still living picks (much less remembers) "Funkadelic is perfect background music while reading the knife story" OR the knife itself.

gotta go get a bandaid now and try to get the photo out of my mind of going to a school dance in bell bottoms, platforms and ruffled frilly shirt under a vest matching the pants. I had Peter Frampton's hair exactly from the Come's Alive album cover. ~ Knife is cool! close second are the laughs I just had from an awesome flashback to 79'