Clipinel. My search on BladeForums turned up blank. How did we miss this? Looks like he never hit his Kickstarter goal. Then there's the problem of the newer locking ring.

Thats an interesting idea, but Opinels are so fat.... I wouldnt want to use it. Plus the Opinels have a nice comfy handle, and that would be ruined by a giant clip that moves around in your hand.

Does the clip replace the lock ring or go over it?
J

A perfect example of a solution to a non existent problem.

LastRodeo said:
Does the clip replace the lock ring or go over it?
Click to expand...

Not sure. One vid says it replaces it. That means having to remove the ring, which on the newer versions is more difficult. Too bad he didn't buy a membership here. He'd have exposed the product sufficiently to hit his goal, despite design issues. It does look good, though.

I'll be first in line to not buy this.

mnblade said:
I'll be first in line to not buy this.

You might be second, behind me.
My first thought on seeing this was "WHY?!?" quickly followed by "Eww."
I agree with J jackknife 's assessment: A solution looking for a "problem" that doesn't exist.

Why try to make an Opinel into a "tactical" knife? My Opinel Number 8 carries just fine without a daRn blasted hot spot creating clip :thumb down:

I think if I were working in the garden and had dirty hands, I would prefer to not have to put my hand into my pocket to retrieve my knife. It seems practical, not tactical to me. YMMV.

Opinels don't feel safe unless they are in the bottom of your pocket. Its a French thing. 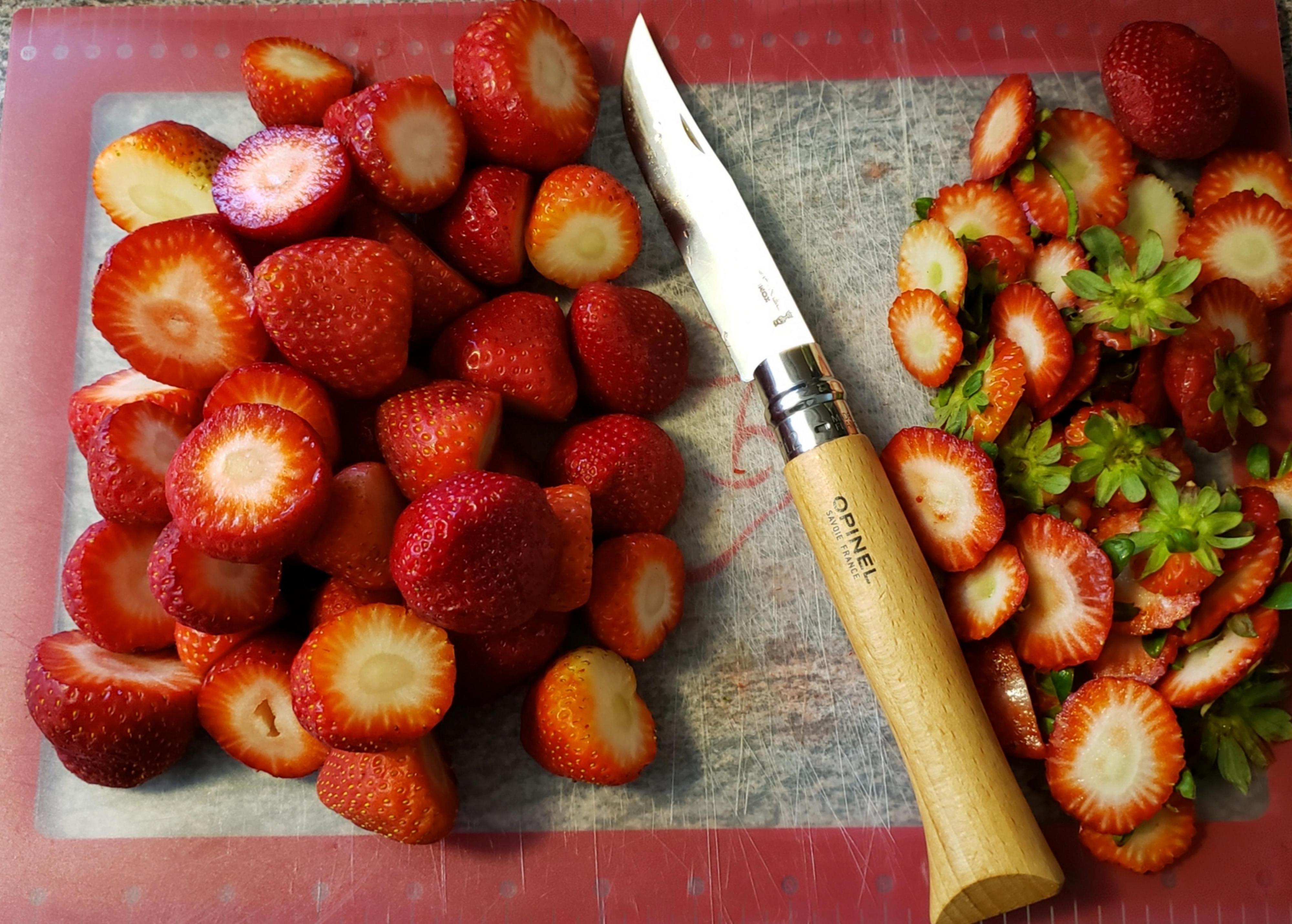 I like pocket clips. even on a thick bulky knife such as a Buck 110. I carry and use one this way.

I'd rather just buy a knife that came with a pocket clip.

jackknife said:
A perfect example of a solution to a non existent problem.
Click to expand...

The answer to a question that nobody asked.

I applaud a new initiative ... but wouldnt want a clip on any of my Opinels.

From' the vid: 'A clip is absolutely necessary on a modern pocket knife.' All well and good but the Opinel isnt modern. Its an old design still made, because it works. Being practical, cheap and clip-less is part of the Opinel charm.

I remove the clips from some of my modern knives. The others I just don’t carry.

I remove the clips from some of my modern knives and add them to other knives, so that I have the option to carry tip up, tip down, LP or RP.

I have a sheath for my Opinel that I never use, nor would I probably use a pocket clip BUT why not? If someone wanted one and this guy provided them I see no problem with that.

BladeScout said:
From' the vid: 'A clip is absolutely necessary on a modern pocket knife.' All well and good but the Opinel isnt modern. Its an old design still made, because it works. Being practical, cheap and clip-less is part of the Opinel charm.
Click to expand...

I always find it very strange that so many people have bought into this load of propaganda. So, for the hundreds of years that people were carrying folding/pocket knives with no clips, how on earth did they get by???

They even had simple folding knifes like friction folders back in the Roman era. Folders were around in the late Middle Ages, the Renaissance, sailors on old sailing ships, cowboys pushing a heard of beef up the trails from Texas to Kansas rail heads, farmers settling the west, men going off to wars in the trenches, all had those old clipless pocket knives. Heck, Opinels have been around since 1890, and somehow have remained popular.

A clip is definitely not an absolute necessity on a pocket knife. Definitely not on an Opinel. Its kind of like putting a tactical light on a Colt Single Action Army, or a laser light on a Winchester '73.