PLEASE UNDERSTAND THIS IS MY VERY FIRST POST HERE AND COULD YOU SEND A LINK TO WHERE I SHOULD BE...

I NEED SOME INFORMATION ABOUT THIS Schrade+ Uncle Henry USA 897UH 3-Blade Pocket Knife I FOUND . IT HAS CAPITAL U & H STAMPED ON 2 BLADES ,ALSO SCHRADE N.Y. U.S.A. STAINLESS 897UH ON THE 3RD BLADE. ALSO SERIAL NUMBER P2351 STAMPED INSIDE. I'VE LOOKED AND LOOKED BUT CAN'T FIND ANY WITH A BIG UH STAMPED ON ANY BLADES ...

PLEASE GIVE YOUR OPINIONS ABOUT AGE AND IF IT'S RARE OR COMMON .... THANKS
B

Most people hate reading stuff in capital letters. Use imgur etc. to post some pics and you will likely find the answers you seek.
F

P.S. THANKS FOR UNDERSTANDING & I TYPE IN CAPS SO I CAN READ WHAT I'M WRITING ( I HAVE POOR EYESIGHT ) NOT OUT OF ANGER .

With your tang stamps the knife was made between 1973 and 1980. Nice knife, but in no way rare, they made hundreds of thousands of them during that time frame.

I don't know if the UH (Uncle Henry) stamps have any significance or not, probably not much. That pattern was marketed from 1973 to the close of the factory in 2004. They used an alphanumeric serial number system. After they made 10,000 knives, they started the next batch with the suffix "B" attached to the serial number. The third batch, had a suffix of "C" and so on. You can see that your "P" suffix would suggest that they had made quite a few by that time. I think they gave up sometime during the "Q." and did not serialize them anymore. A pure guess on my part would be sometime in the 1990s. Rare it is not; but a good knife, Grasshopper.

black mamba said:
With your tang stamps the knife was made between 1973 and 1980. Nice knife, but in no way rare, they made hundreds of thousands of them during that time frame.
Click to expand...

It has a fairly chronologically advanced serial number, Jeff. I said suffix earlier; I think I should have said prefix. Do you think they made more than 160,000 by 1980? I do not know.
F

I'VE BEEN DOING THIS SENSE 1977 AND MAKING A GOOD LIVING , EBAY HAS MADE MY FAMILY VERY HAPPY AND COMFORTABLE . I'VE NEVER HAD A 9 TO 5 JOB AFTER GETTING OUT OF THE MARINES IN 1976... I GET NO SOCIAL SECURITY OR RETIREMENT CHECK

I'd say this particular stamping is uncommon. I easily found three other examples by searching ebay today so "rare" is a stretch.


FHBILL said:
...PLEASE PROVE ME WRONG , JUST SEND ME A LINK WITH ONE PICTURE ...
Click to expand...

You're wrong. What do I win? 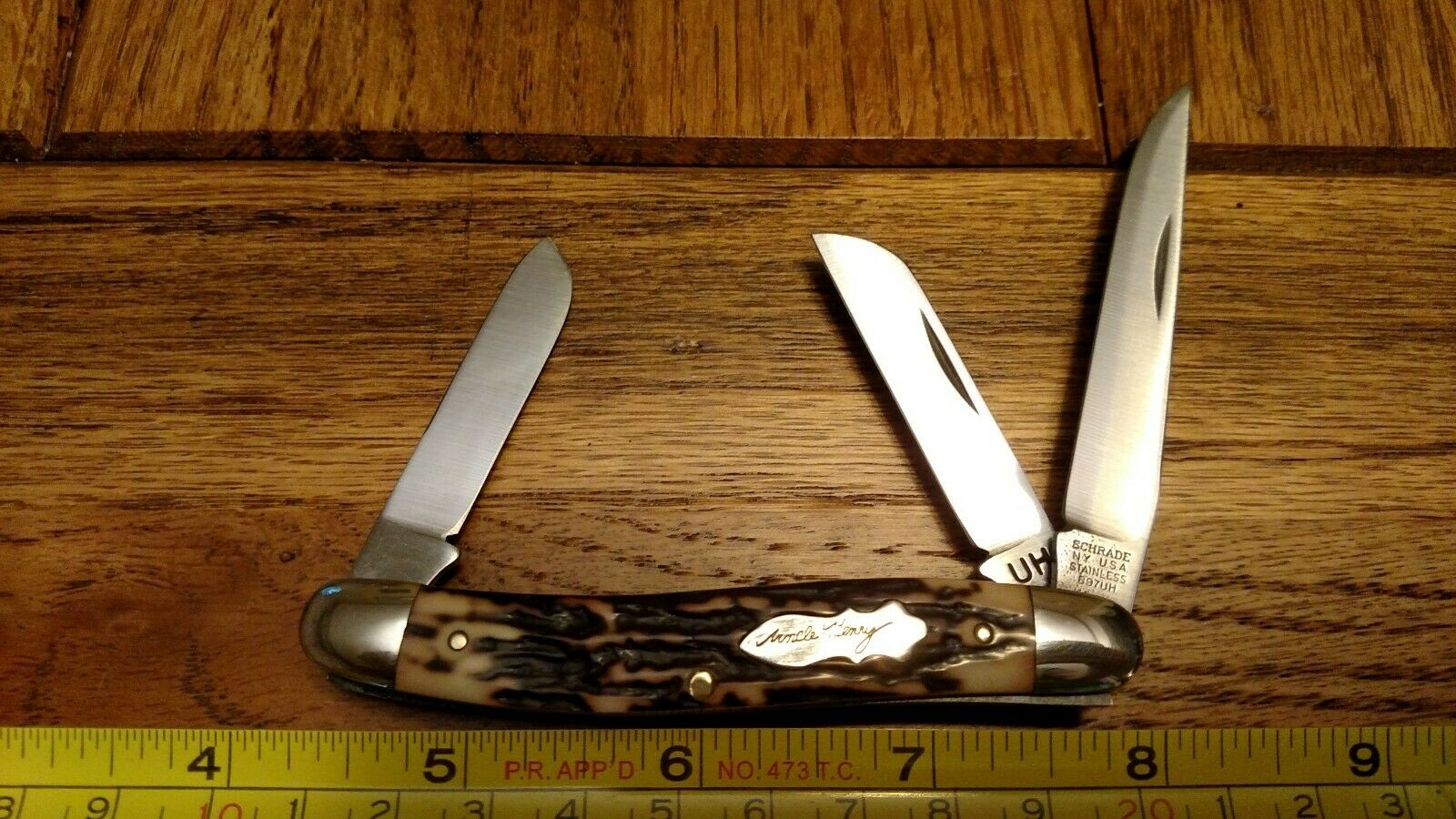 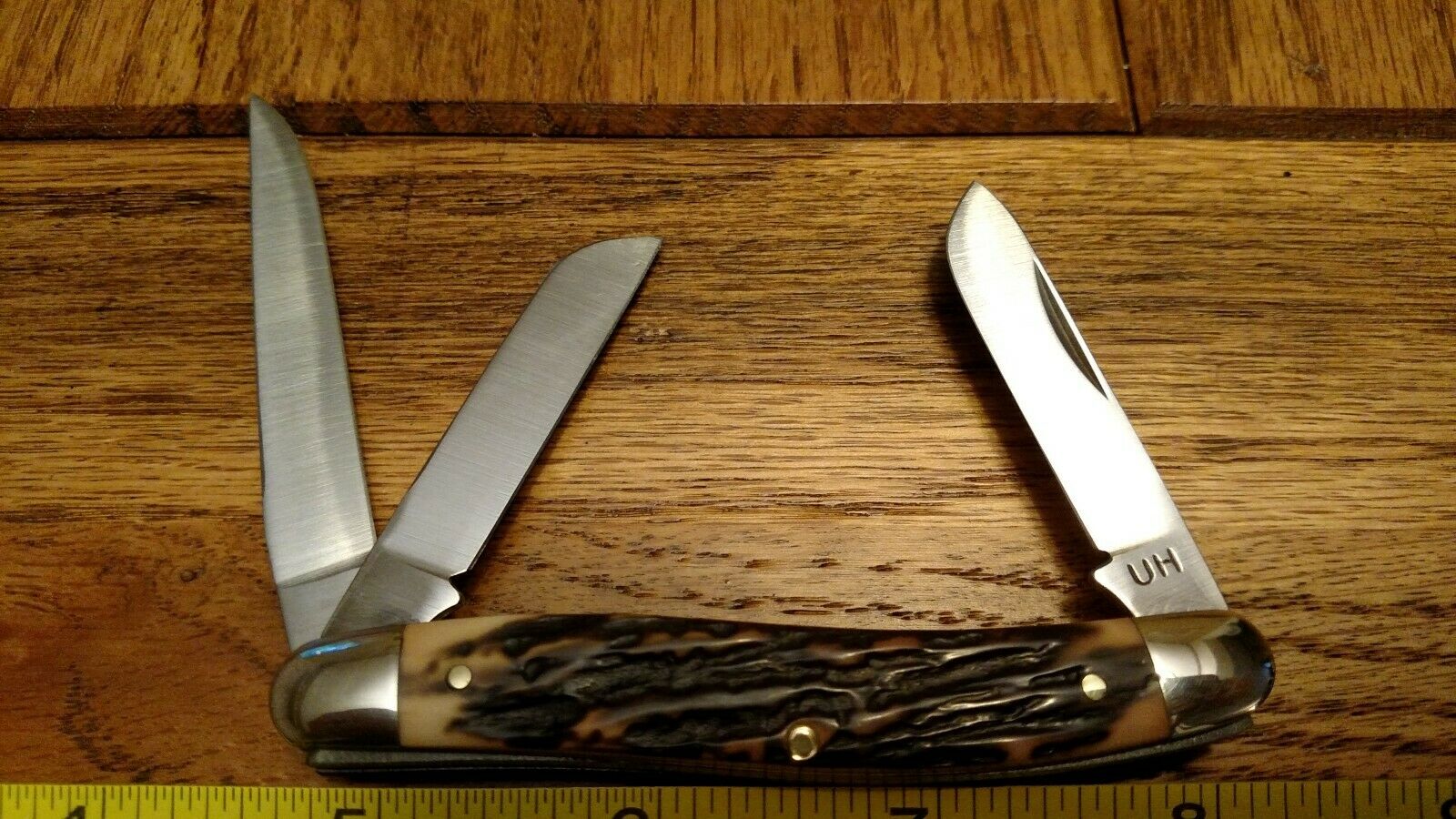