Take a Spyderco Delica and lay a Paramilitary'esque profile over the liners so that all the original hardware is used to perform the resulting scale swap and you end up with this... the Lil'Para.

Now... I am aware that this alteration will not appeal to the fanatic Delica owners... I'm not attempting to change anyone's opinions nor denigrating the classic Delica profile... it's just the result of some CAD play with my Delica files.

I really like the finger choil, but would it be possible to reshape it so that it gives a little more room and flows better with the closed profile of the blade?

Looks pretty darn good to me. But there's still the PM3 or Para-Mini or Minuteman or whatever it's called in the works, so may be premature. And while I'm a sucker for a Spyderco midlock, the compression lock is a heck of a lot of fun.

Will the wire clip mod, work with this as well?
The Native 5 you did for me, is Awesome! 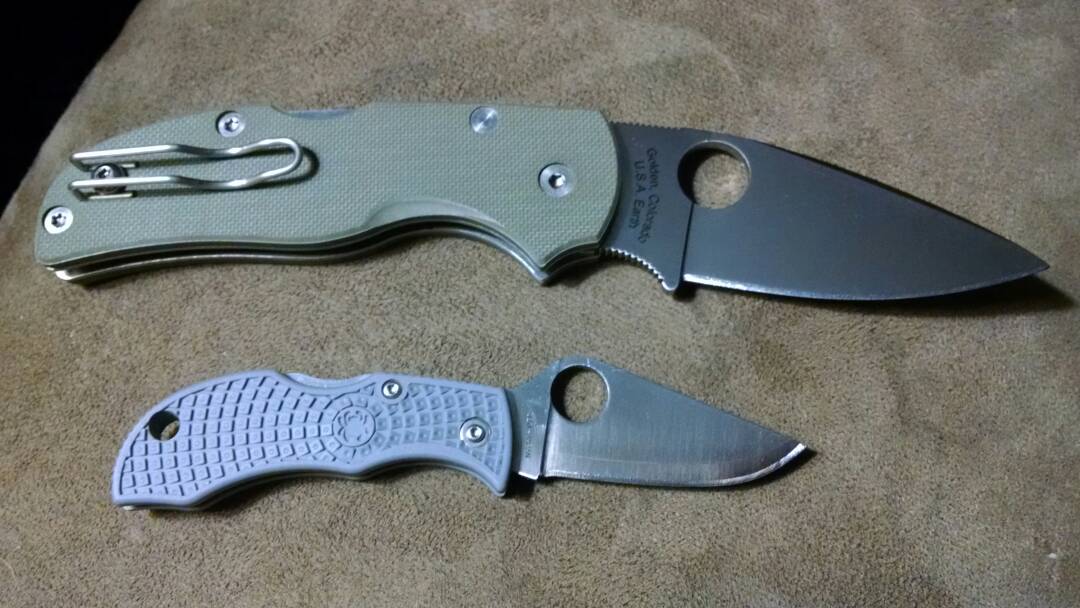 And your Delica scales, I modified.. 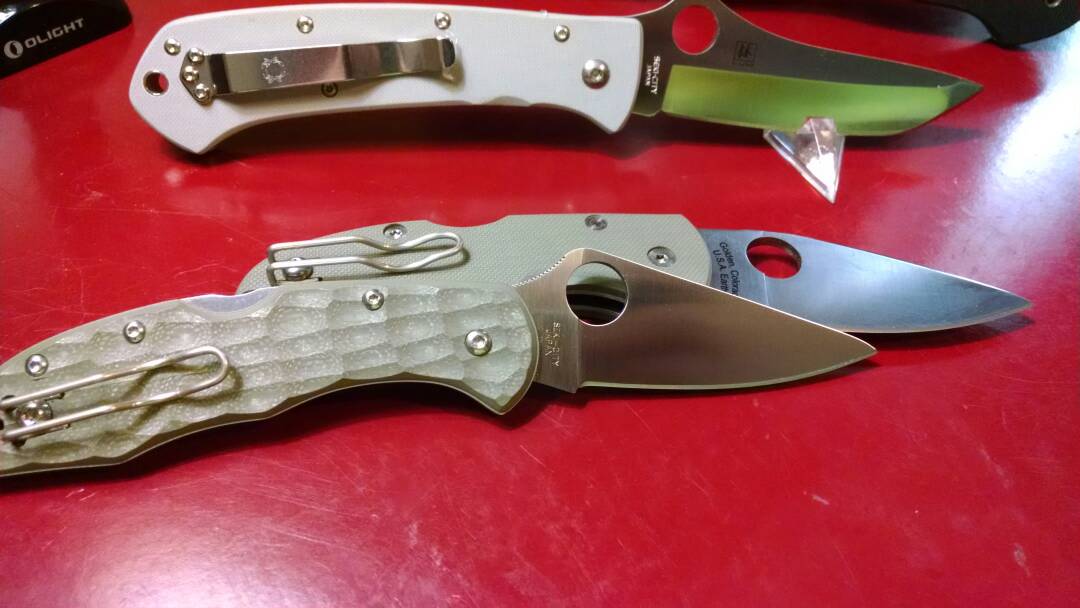 Awesome work on both!

Not to derail, I tried to get a pm to send but I couldn't. What cad/cam are you running? I just started a Laguna iq with fusion 360 and wincnc

I would totally be down with this configuration.
C

I would love some scales like these on my delica. Though there are 2 changes I'd make if I could:

1) I'd prefer the lanyard hole to be closer to the bottom and/or spine of the knife.

2) I'd echo 50an6xy06r6n's sentiment about the choil resembling the PM2 choil a little more.

Are you planning to go ahead and make some of these? If so, when?

Nice shape.
Gets rid of the FRN

Now I need to find a ZPD delica
S

It's Casey Lynch's design. He came to me with the idea of Ti scales for the Delica and we discussed the PM2 center "hump" ergos as I call it and the best way to get a choil in there. Some time later he had a machine shop ready to do the work for him. The choil feels as good as any regular one. He did a good job with the small details and the execution.

Neat, thanks for the info.

wright88 said:
I would love some scales like these on my delica. Though there are 2 changes I'd make if I could:

1) I'd prefer the lanyard hole to be closer to the bottom and/or spine of the knife.

2) I'd echo 50an6xy06r6n's sentiment about the choil resembling the PM2 choil a little more.

Are you planning to go ahead and make some of these? If so, when?
Click to expand...

OK... the loose resemblance to the Para2 is a forced compromise due to the profile interaction with the nested liner of the Delica and the requirement to maintain the spine profile of the Delica all the way from the blade to the end of the back lock bar. The choil cusp was a best effort to create a knife heel entry angle at the scale without the need to modify the stainless liners. Going with a choil profile more like the Para2 would cause the cusp or concavity of the choil profile to intersect the nested liner. I cheated the profile as much as I could and the resulting wall thickness at the closest juxtaposition to the non modified liner is quite thin. There just isn't any 'meat' at that point for additional profile modification.

If individuals were amenable to some grinding of their stainless liners it would allow for a more exacting Para2 (reduced) profile to be employed.

The first CAD image is the Delica blade and liner with an overlay of a reduced Para 2. You can see the choil does not intersect well with the blade heel. Also note the red nose of the liner protruding. Liner grinding will be required to fit a nested pocket.

The second CAD image shows an aqua colored modified Para 2 profile with the choil massaged a bit to a better conformation with the blade heel. The black dotted line is the original profile. The red dotted line would be a grind line for the stainless liner.

The last CAD image shows the resulting solid scale profile which is more closely related to the Para 2. To my eye... the modifications to the head and choil region make the belly and heel of the scale look fat. Those could be brought in slightly for aesthetics.

To address the lanyard hole location... it is a product of the Delica pocket clip design. The OEM location could certainly be abandoned and the hole moved to the upper heel region to just miss the liner. The original pocket clip would still have the lanyard hole and you would see the G10 through the hole.

A wire clip MOD could easily be ported over to the design for those wanting that.

I started out with my efforts to come as close as I could to a Para 2 without the necessity to make alterations to the Delica hardware. A simple scale swap for a major appearance change. However... for those having the abilities... this design requiring liner modifications is absolutely doable on my end.

Yeah that's right, the liners are removed on my Delica and that allows more flexibility with a complete redesign. So you are talking about materials that need to keep the support of the liners only then? Is it more for simplicity, or are you trying to keep cost down? I can see that hard line to follow is using the stock liners.
K

Boomer that is Sweet!
Thinnest scale material that can still nest in the liners, eliminate the lanyard hole, incorporate the wire clip in the end scale pin/screw area tip up only and I'll most definitely be interested. If the scales happened to be Foliage Green G10 even better.
You must log in or register to reply here.
Share:
Facebook Twitter Reddit Pinterest Tumblr WhatsApp Email Share Link
Top
Change Ad Consent Do not sell my data