Porkybear2 said:
Found this from way back ( my dad posting) and yes i have this now. has anyone ever seen this one?
Click to expand...

Last time I bought SS109, I paid about $200 for a thousand round case. One tenth of what Cheaper Than Dirt's selling it for right now. I looked around on the interwebs a bit, and even places like SGAmmo are about four times what I paid a couple years ago. Other places have it advertised for less, but they don't have any to sell.

How long has this been going on? Is it the COVID riot stuff? The election? A combination? Something else?

I've been preparing for the zombie apocalypse since before Y2K, so I have a several lifetimes supply socked away, but what are sane people supposed to do?
Click to expand...

Life lessons. When things calm down, start accumulating necessary items - over time - that always go lean in a crises. The last 937 ammo shortages have caused no anxiety in this household.

tuica said:
Life lessons. When things calm down, start accumulating necessary items - over time - that always go lean in a crises. The last 937 ammo shortages have caused no anxiety in this household.
Click to expand...

^^^ That would certainly generate attention to you!

Private Klink said:
^^^ That would certainly generate attention to you!
Click to expand...

All those people that considered me a "GunKnut" have called or come around asking if I have any "Extra" ammo for Sale....EXTRA
You Know the "Rule" Tom....Assess, Adapt, Overcome!!! Semper Fi...BTW Happy Veterans Day Brother!

Like in the old days, when guy’s would ask me if I had an extra smoke. Especially in the navy. “No. I received the usual 20 in this pack. And plan to smoke them all.”

Harsh? Buddies were no problem - but we had guys on the ships that you never saw with their own cigarettes. Just always bumming OP’s.
Last edited: Nov 13, 2020

Busto said:
All those people that considered me a "GunKnut" have called or come around asking if I have any "Extra" ammo for Sale....EXTRA
You Know the "Rule" Tom....Assess, Adapt, Overcome!!! Semper Fi...BTW Happy Veterans Day Brother!

What about Hydrate, change your socks and press on"?

FAL'ER said:
What about Hydrate, change your socks and press on"?
Click to expand...

Different Times...Changing socks during monsoon season was over rated...Hydration was provided by constant rain humidity.
P

Busto, how right you are!

I hope you had a good Veterans' Day as well.

Private Klink said:
Busto, how right you are!

I hope you had a good Veterans' Day as well.
Click to expand...

It was a Great Veterans Day....Met with a couple "Devil Dogs" and we paid tribute at our local Veterans Memorial Park!

Anyone have any advice on how to contact a member that doesn't respond to their "for sale" listing, and can't be PM'd?
P

Try posting here with a "hey so and so, I'm trying to contact you; please contact me here". 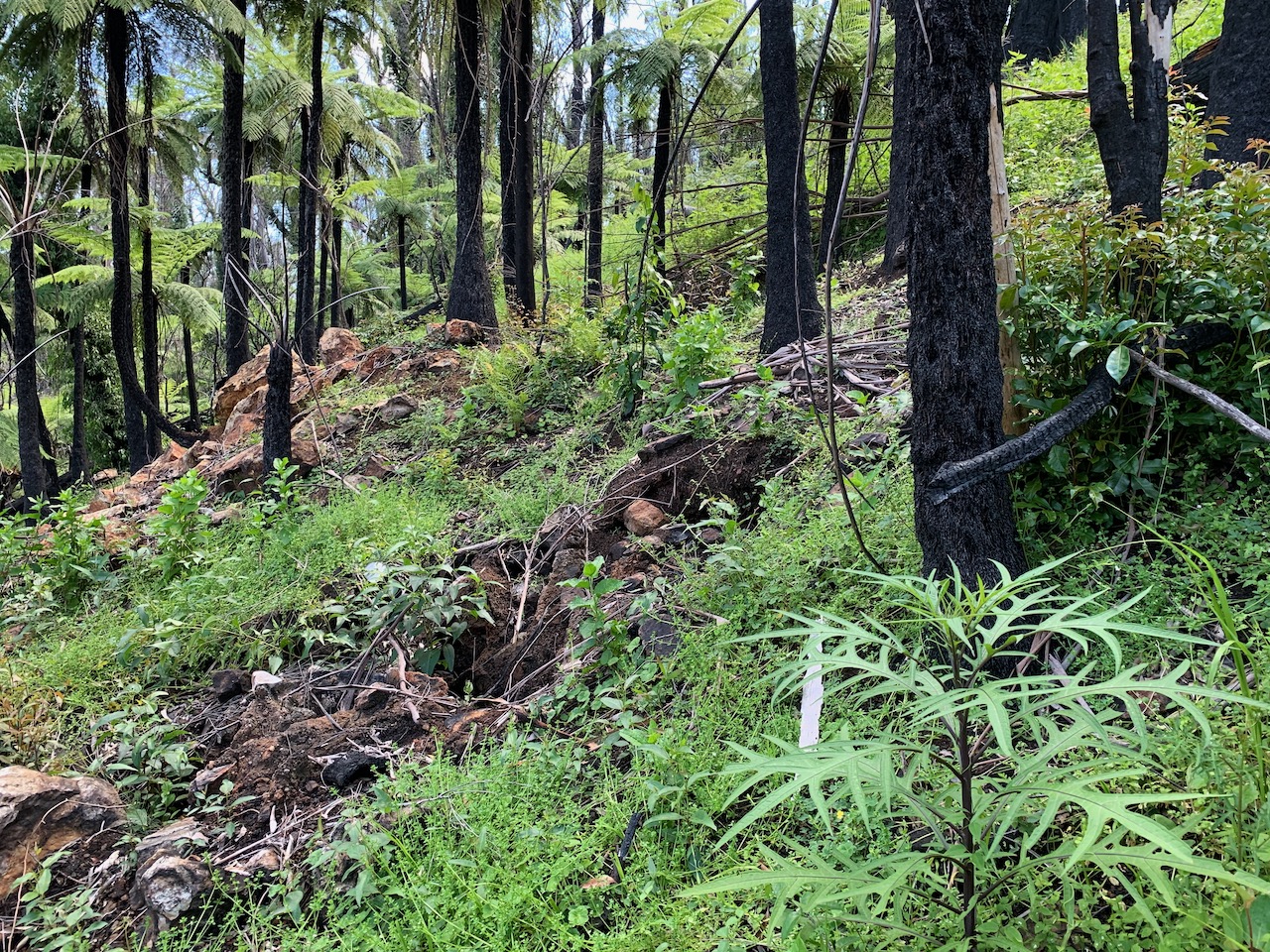 ^ Here is where it happened.

I was walking up this slope. The patch of dirt going from the bottom left corner towards the middle is actually a large hole (about a metre wide and more than a metre deep) where an old tree burnt out in the bushfires, right down to the roots. I was walking around the side of it towards the pile of dirt and rocks on the right when there was a sound in front of me.

I looked up and saw something flying towards me through the air. I jerked backwards out of instinct, and it fell just short and landed in the hole. I looked down and saw the biggest brown snake I've ever seen . I don't know how long it was because it was all curled up, but it was about as thick as my forearm.

It had leapt off that mound, flew at least a metre through the air - aimed straight at my chest !! - in an attempt to bite me.

I was WAY out there in a national park, so there was no chance of walking out with a snake bite. Eastern Browns are the second most poisonous snake in the world so I don't think I would have lasted long. If it had bitten me it would have been right next to my heart, which I assume would have been a bad thing.

Anyway, I ran for it. I got this pic of the location, but didn't go any closer to get a pic of the snake because it was still writhing around trying to work out how to get out of that hole.

Just another day in the office.

My current job is doing post-bushfire research on how the forest ecosystem is recovering: mapping fire severity on the ground so we can match it to the remote sensing data, seeing what died and what is regrowing, looking at wildlife distribution, etc. So I spend all day bushwacking around these forests collecting data. Often in remote areas.

Here are a few pics from the office, taken yesterday... 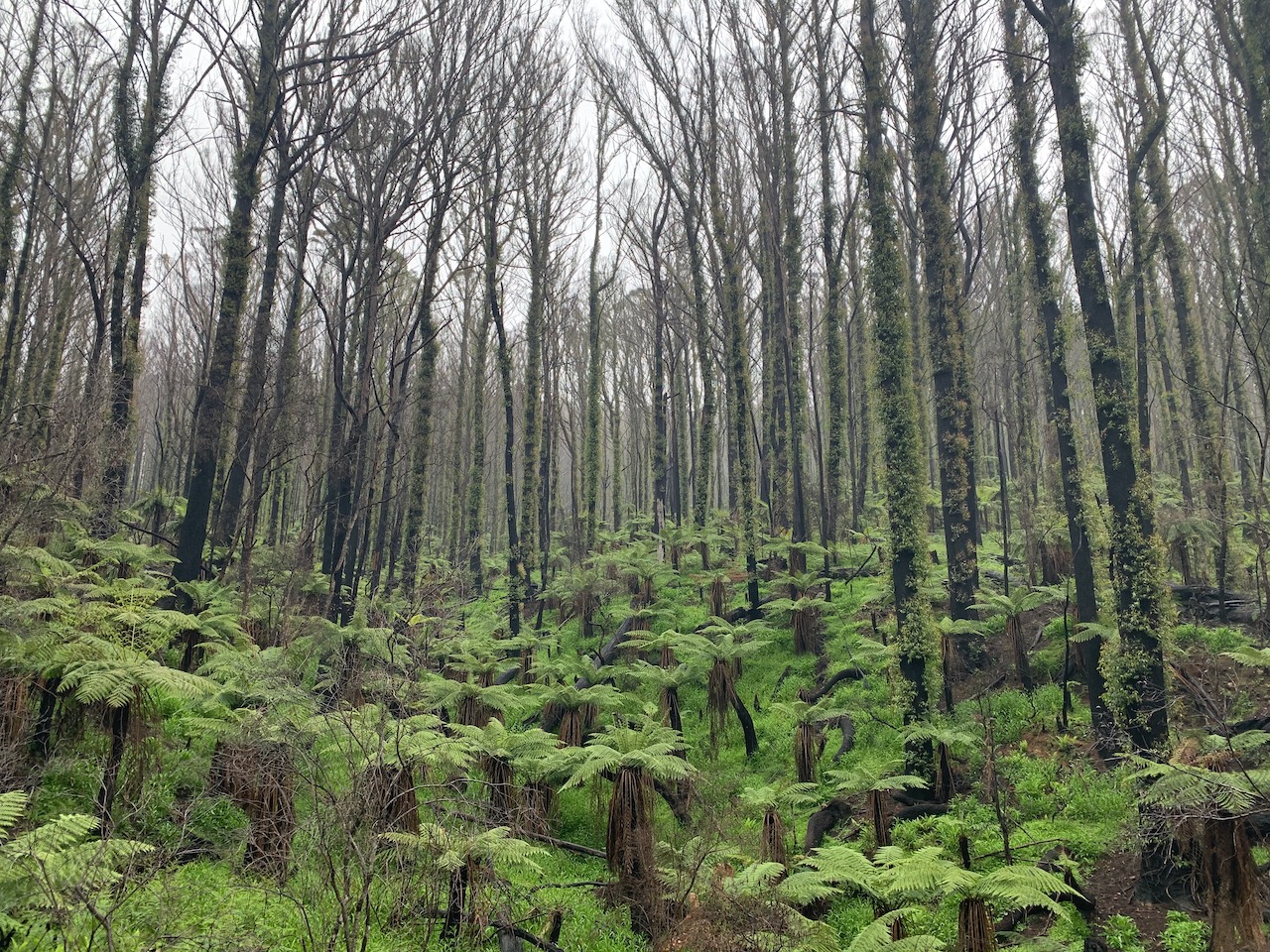 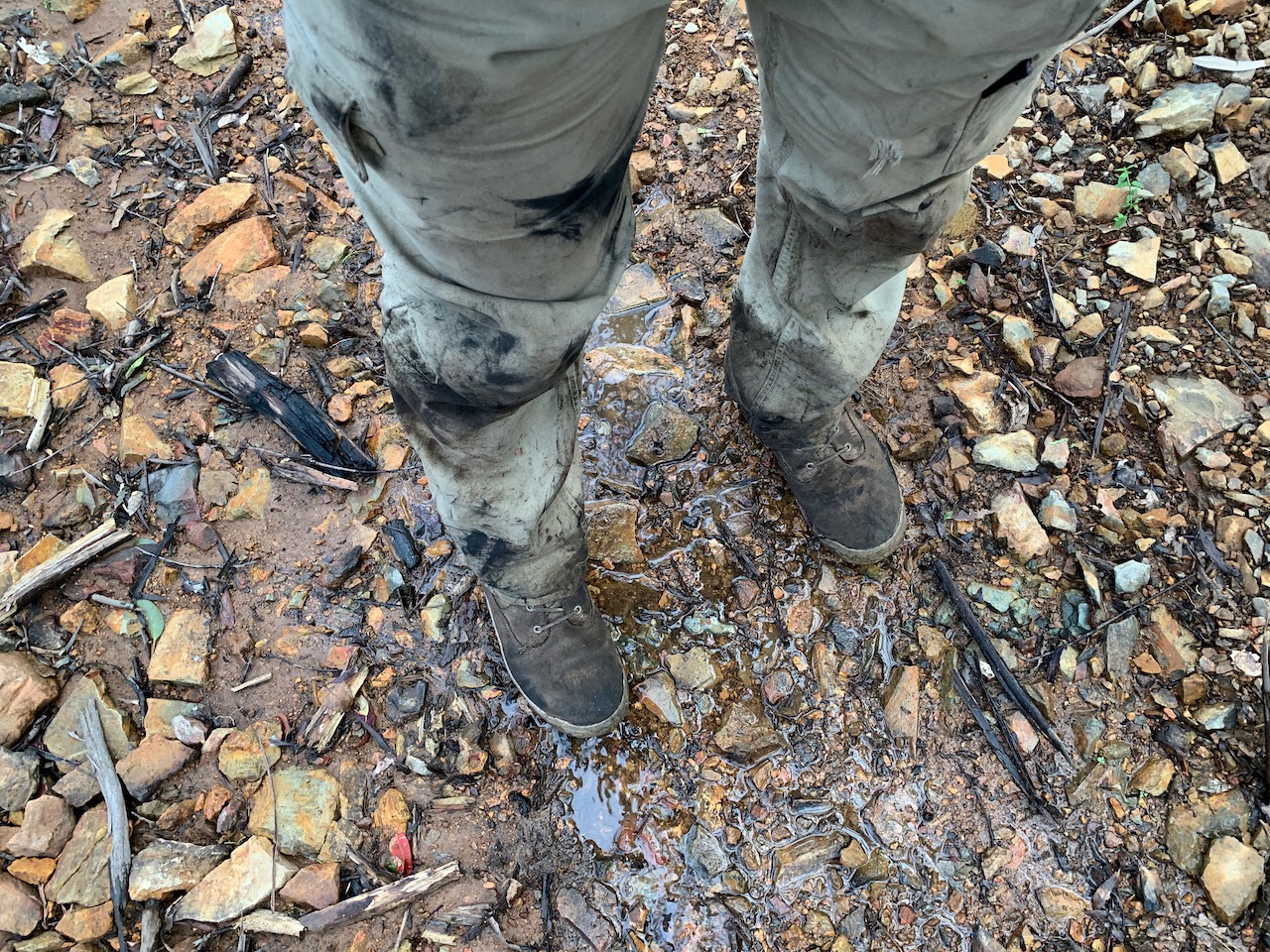 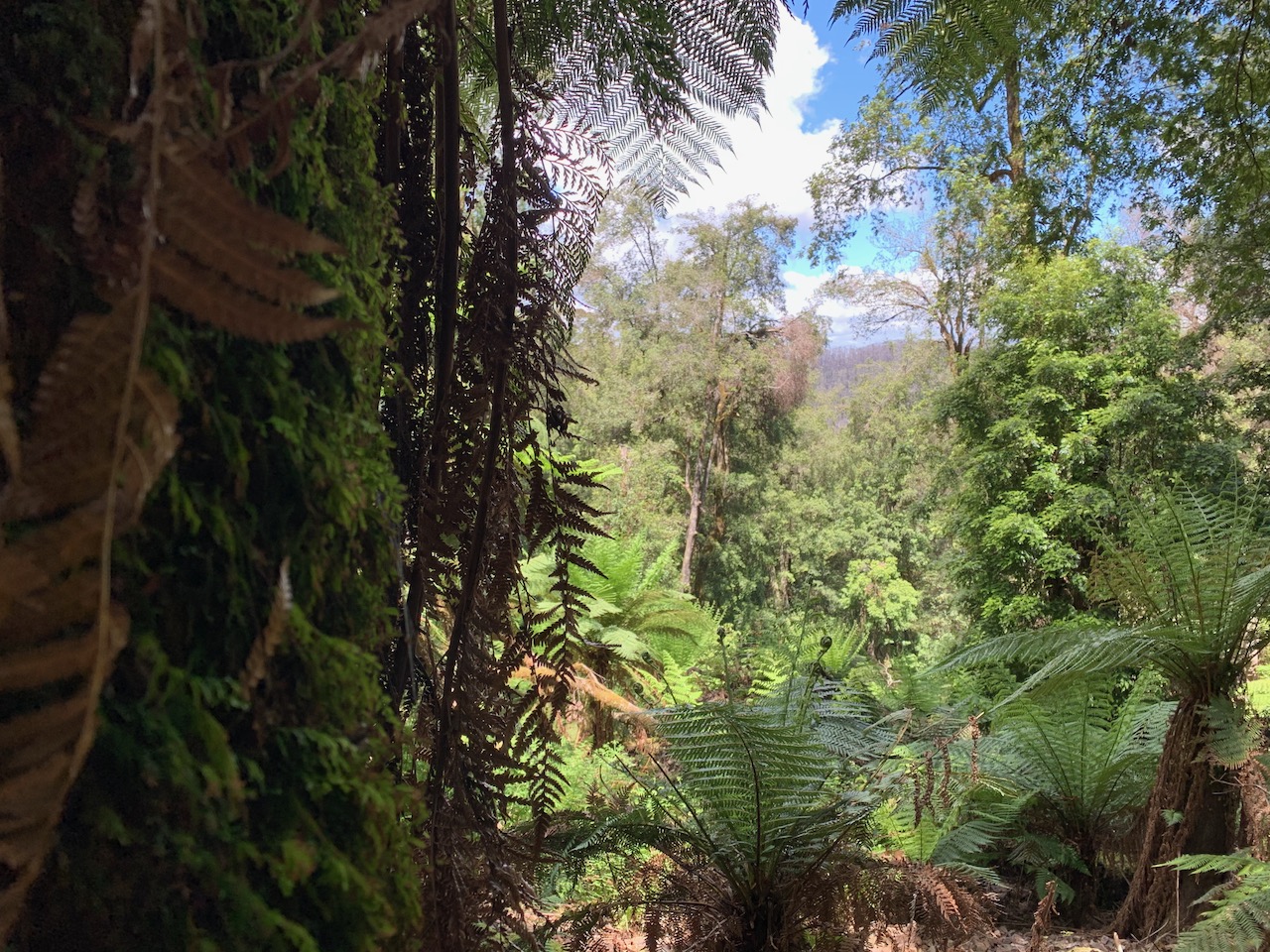 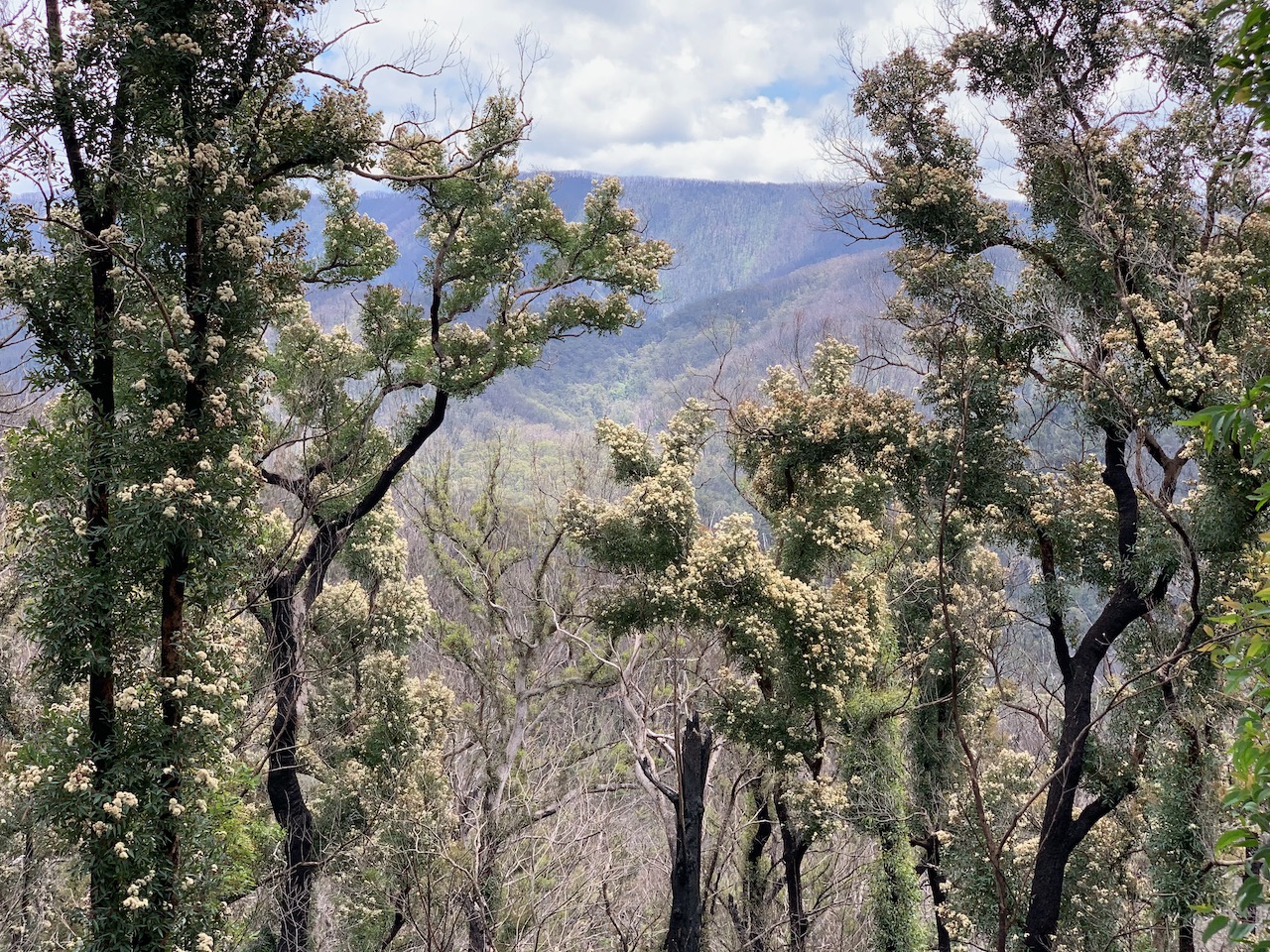 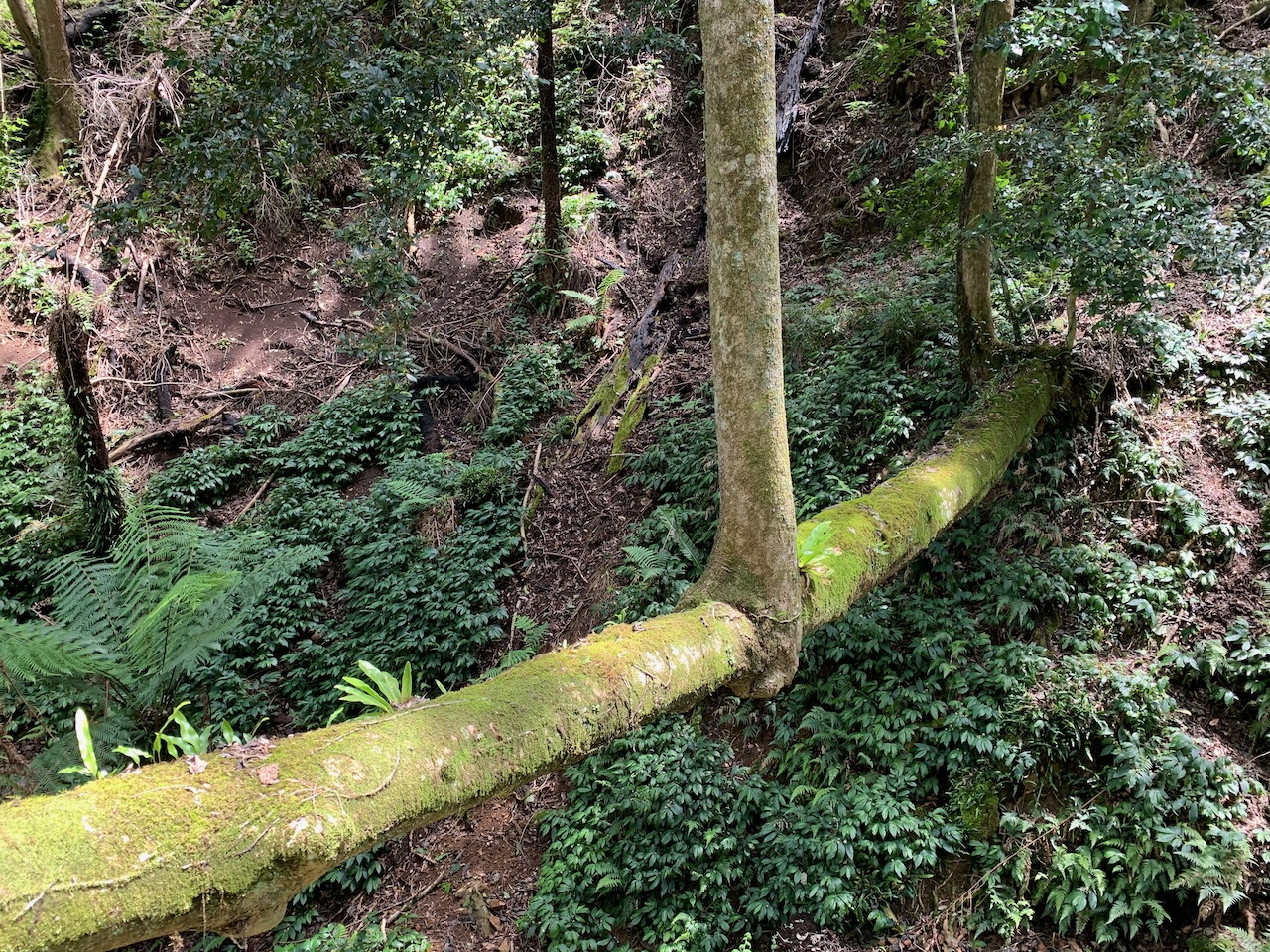 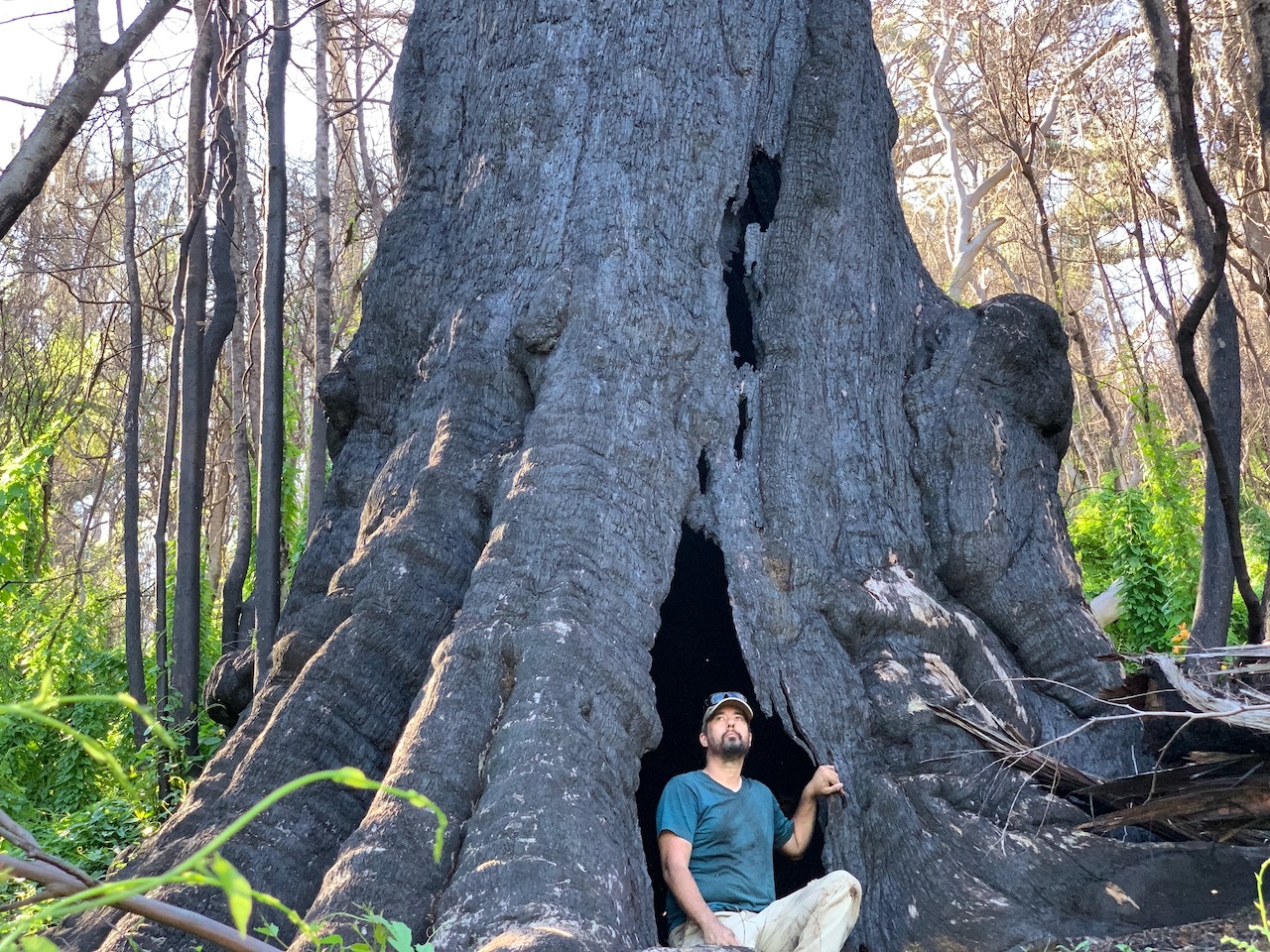 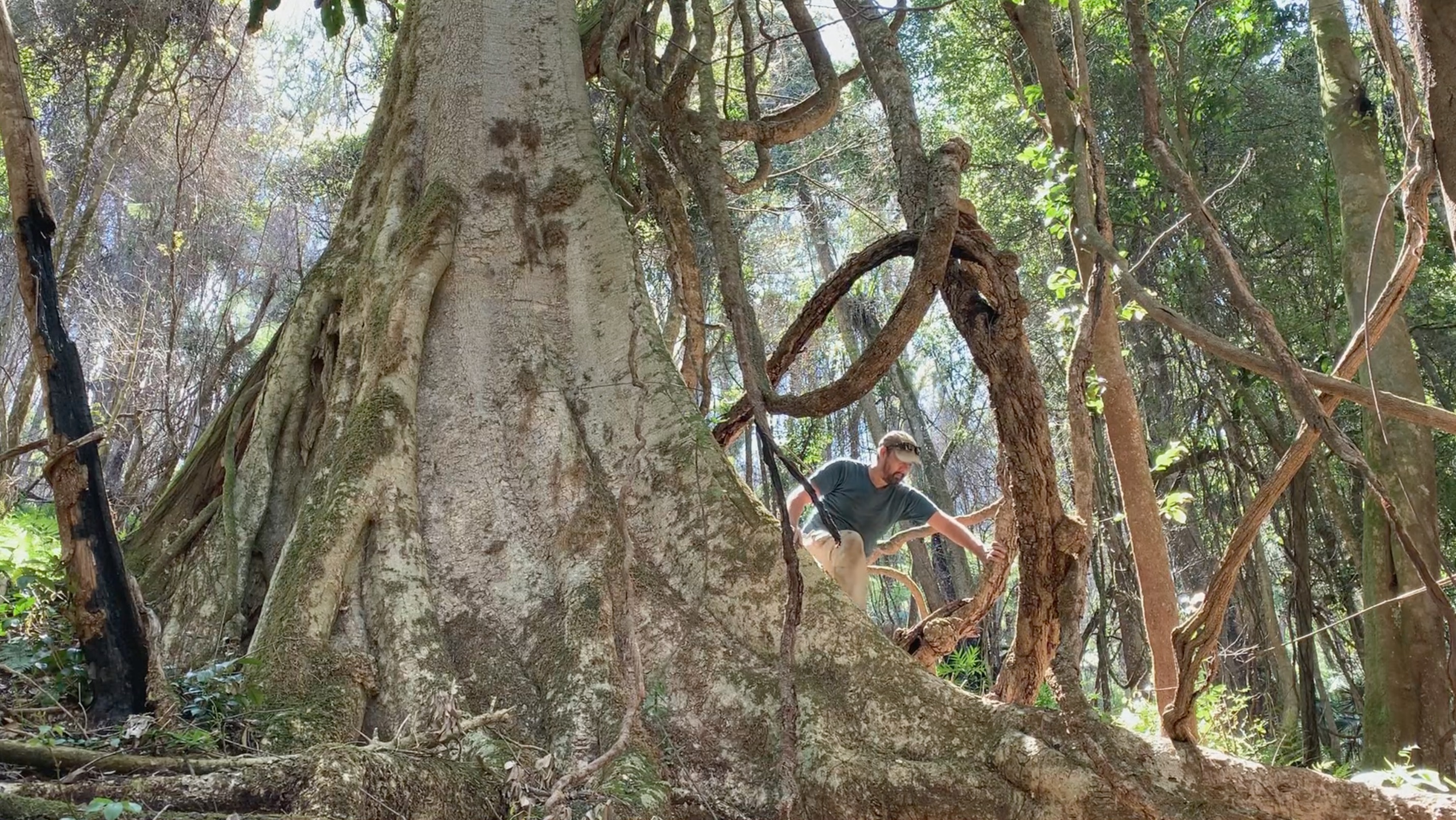 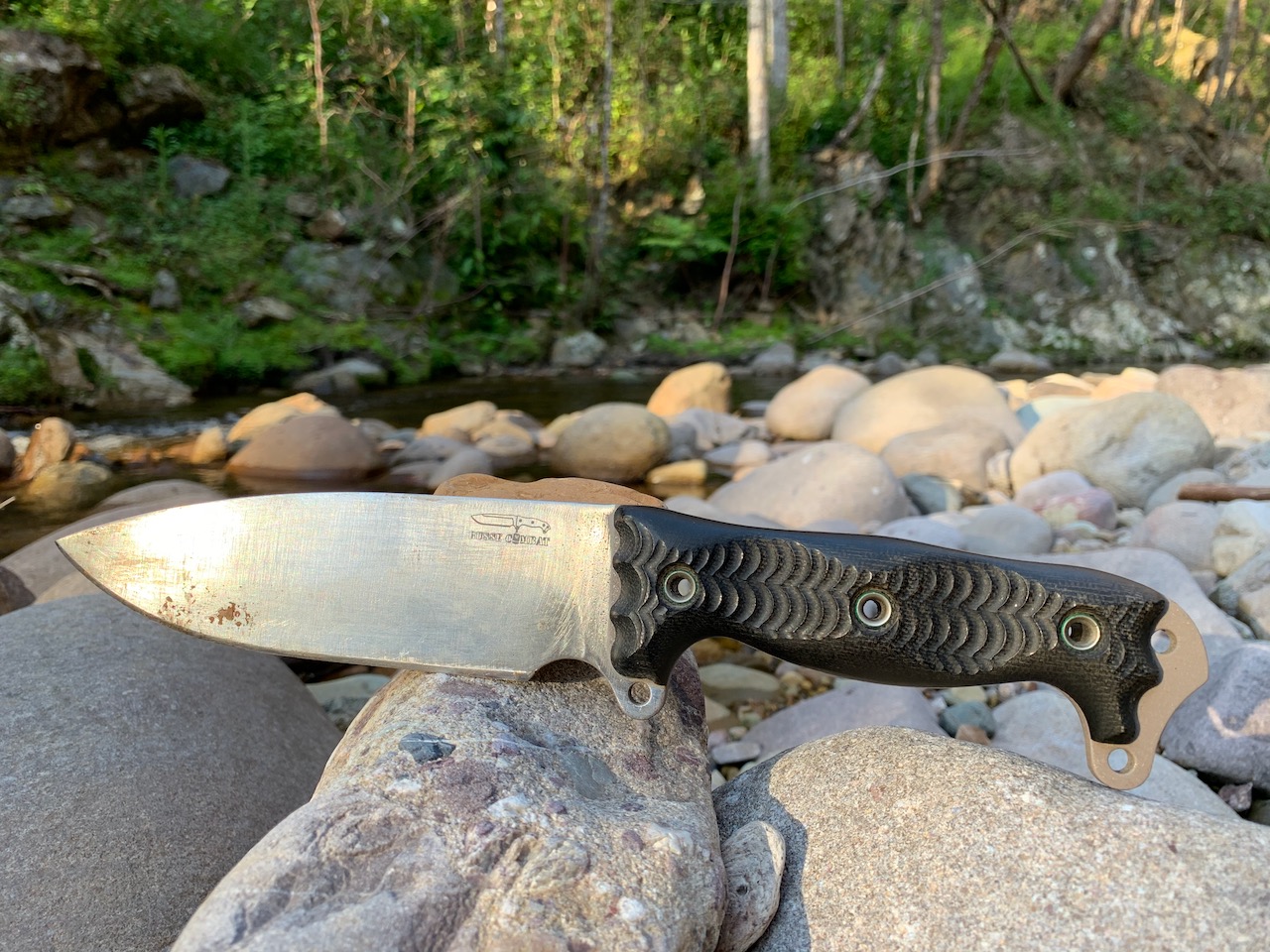 Where do you live, man, Paramount Studios? Every picture you take looks like it's from a movie set!

Sounds like my dream job, minus the jumping snakes. Glad you had ample reaction time. The only ones I have to worry about around me are Timber Rattlers. Luckily, I live on the cool side of the hill. They don’t like it over here.
P

You work in a beautiful "office", but be careful out there! I'm glad that you are OK.