I've read of a knife thrower who preferred the USAF Camillus pilot survivor knife for it's metal composition, balance and durability. I'm now trying to determine the dates of production and usage during the Vietnam era. How can I tell the dates (are they always stamped on the knives?), where on the knives (as I've now heard of a couple of possibilities), and the authenticity? I've seen pictures of 'Camillus' printed on the blade @ hilt AND, written as if in 'cursive' (with the 's' on the end trailing as if a line underneath the rest of the word)! Are they BOTH genuine Camillus productions? What is known of their Vietnam war era quality? Some of these knives are being advertised as genuine and unused for sale (with the original packaging and all) for up to $750.00! I'm just trying to 'get my head around' what I've read on this blog and what I've read and seen - AND - to discern what is true - if that's possible at all&#8230;??!? Can anyone help? How do we know what is genuine and 'otherwise' of early Camillus work? How can we ask or require verification for authenticity? Thank you very much for all of your help and consideration.
G

Also, were the blades both 5 and 6'' or only 6''? PS I just saw one of the pics of an old Camillus with the 'what I thought was cursive' (sorry), name on it and the lines were NOT connected to the 'S' but, both an upper and lower line drawn separate of the name. The difference between the two types of names was, one was written in large block letter and the other in small block letters in conjunction to the beginning 'C' and ending 'S' being larger letters&#8230;my bad. But, two distinct styles none the less.
E

If you use the search function of this forum all your answers will be answered. A lot of threads have been written about the Pilot's knife. Camillus knives can be dated but not to one year but a series of years. For more Camillus info go to http://www.collectors-of-camillus.us/
S

This knife was adopted in 1957. From 1957 to 61 it was made with a 6 inch blade. The blade was shorted to 5 inches due to pilot feedback and the basic design of the knife has stayed that way since.
Here are some examples of the markings on the Camillus made knives.

Camilluss contract for providing these knives to the U.S. Government ended in 1984. The Knives continued to be made with the pommel markings including the month/year date for a time afterwords. Im running a thread on the site trying to see what the latest dated examples might be.

While these knives wouldnt have been provided as part of a Government contract and issued to active duty servicemen through that procurement process. Camillus continued to supply these knives to the U.S. Government AAFES, (PX/BX) system. So if you run across one of these knives that someone has and they say that they or a friend or family member got it in the service. IMHO I wouldnt challenge it.

I think your pretty safe regarding the quality of the knives through out the manufacturing years of them. The basic steel is a 1095 or similar type steel. This is a high carbon steel and is subject to rusting if not cared for. Just wipe it down from time to time like we should all do with our knives, and you should be fine.
As regards Vietnam correct knives. I would say that any of the 6 inch knives, the first blade marked (CAMILLUS/NY) knives, and the pommel dated knives from 1967 to IMHO maybe 1972 dated knives would be in that category. While the war officially ended in April of 1975. We were not sending new personnel and or equipment to Vietnam in the last few years of the war. Most equipment that has genuine provenance and can be accurately dated will have 1960s dates attached to them.
The knives that fall into the Vietnam era category tend to go for a premium in asking price.
Some general thoughts about the places like the BAY.
The $750 example you mentioned in the OP. Ive seen that knife and would point out that its been sitting there for awhile now with no takers. Its a great example of an early 6 inch knife. One you could say cant be upgraded. The asking price is what the seller is asking for it. Thats a lot different than what its worth.
Youll find that there are sellers in places like this that post items like this all the time. They are waiting for that impulsive buyer that has no patience and more money than sense. IMHO besides the entertainment I get from seeing such asking prices I generally ignore them. Its much better to see what similar items go for in actual auctions. Remember that you must pay attention to the condition of the item. Details make a lot of difference. There really isnt a short cut to this. Its something we learn. Knowledge is power.

As an example go to EBay and do a search for this item number. 390599269601
This is a very similar knife, minus the packaging but its a screw pommel knife, ( this is the earliest version of this knife and usually adds a premium to it). The selling price for this is IMHO a bargain considering what it is and its exceptional condition. The point is if you know what your looking for and the market there are deals on these places while some refuse to do business because of some of the sellers to be found there.
The price range on these knives are all over the place.
Hope this helps.
G

Bringing back a slightly old thread here. The story of the Pilot's survival knife starts with Marble's, and that company's higher quality 6" bladed model. Such high quality that the military could not afford to buy it, so they turned to Camillus, and that company's lesser quality 6", then 5" blade knives. Marble's continued for a while to market their knife to civilians. The story of this knife then ends with those made by Ontario, still in production.

With the delicate tip on these knives and mediocre quality, I cannot imagine anyone having luck throwing them. .
Last edited: Jul 11, 2013

Have to start somewhere to reverse Photo Bucket fiasco. 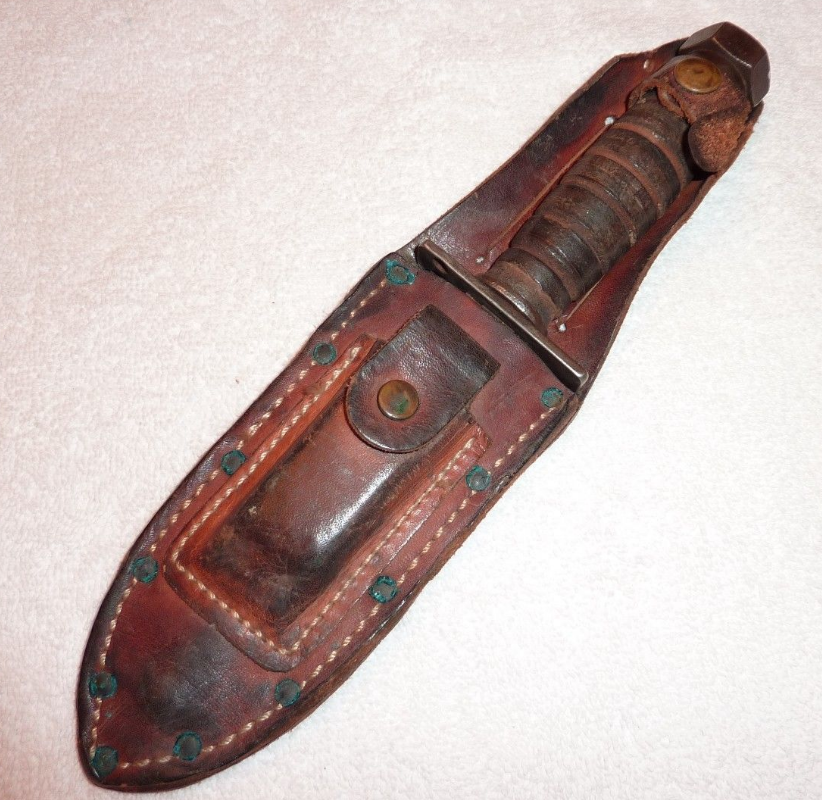 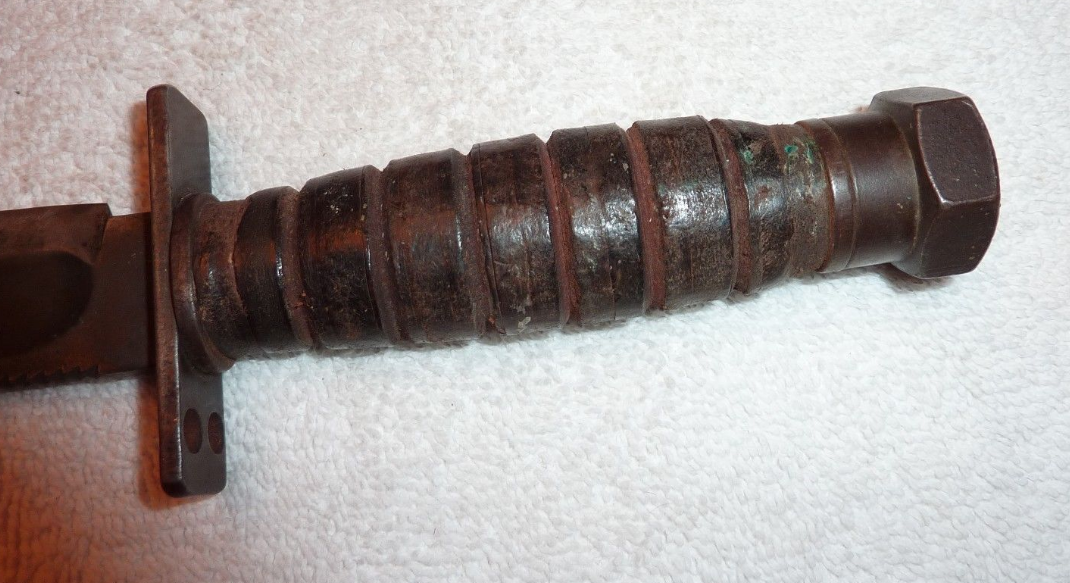 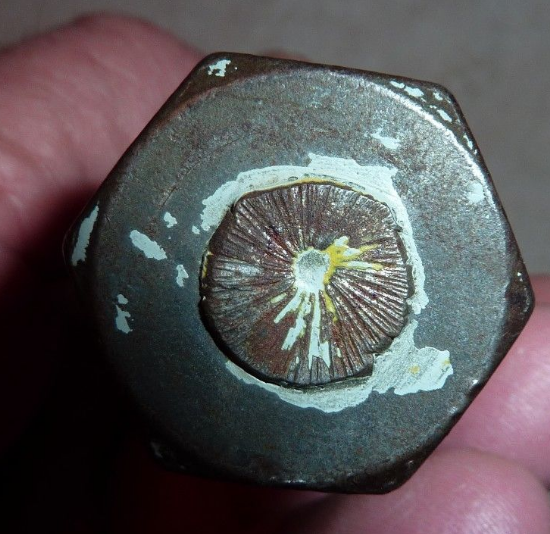 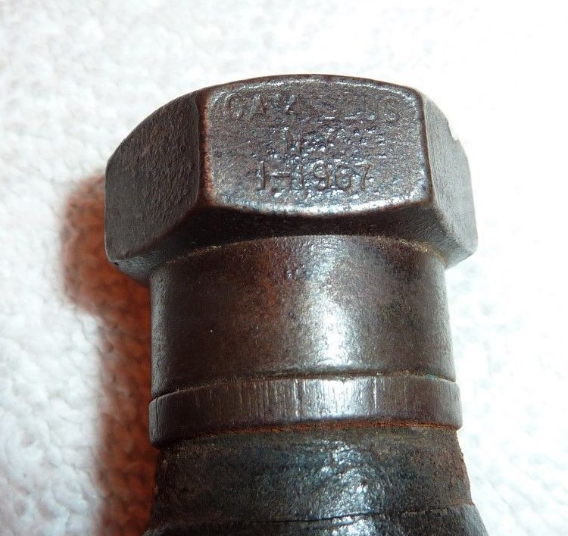 Here is mine that was issued to me. I wasn't a pilot. 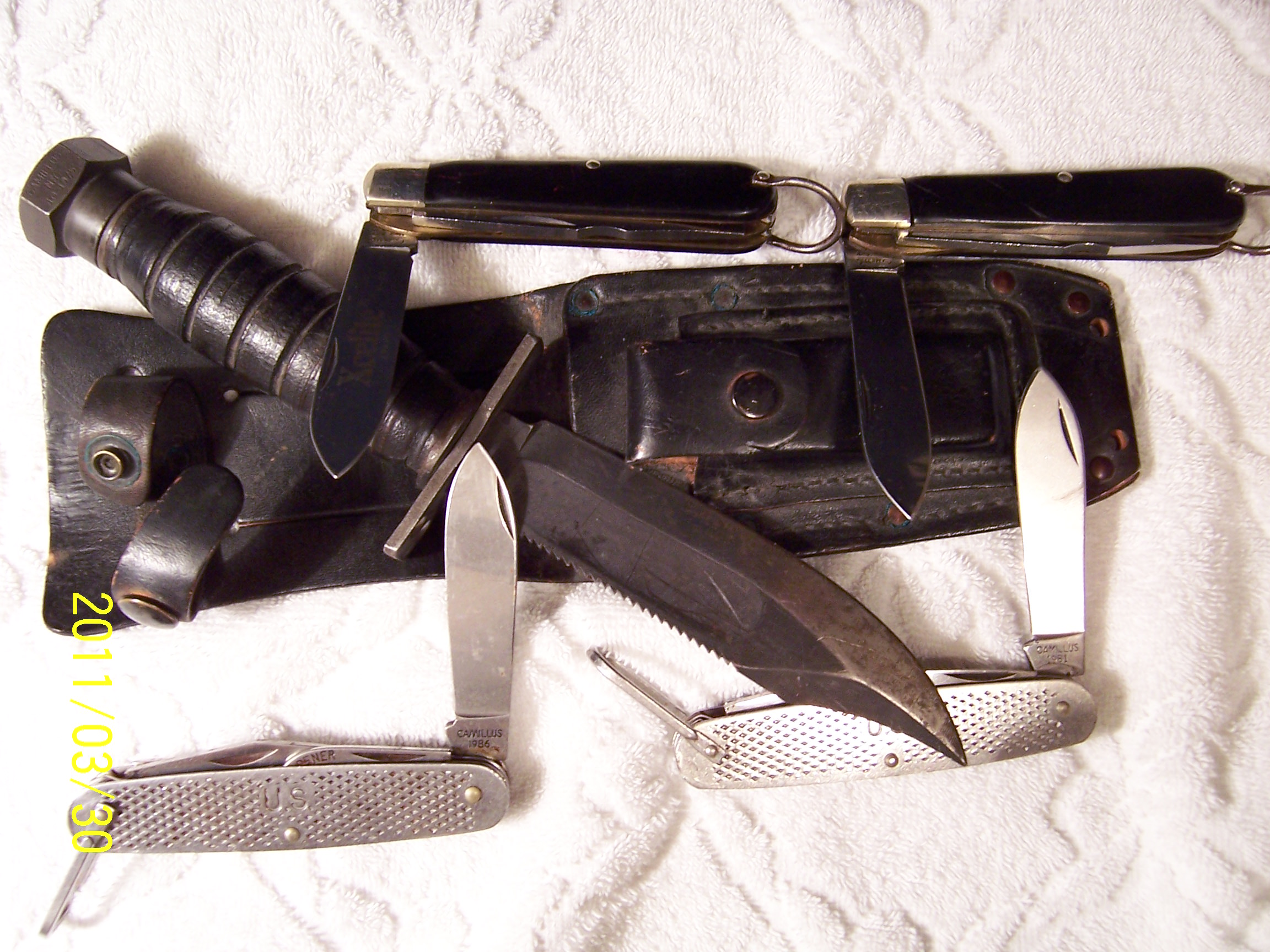 I recently purchased a jpk with 6 inch blade at auction. Is the screw on pommel the earliest model?

edbeau said:
Here is mine that was issued to me. I wasn't a pilot.

WWII knives were reportedly issued during the Korean Police Action.

This is an odd one, flat ground stainless steel.

Flat-ground prototypes were submitted (by Camillus at least) and rejected before the classic 5" "bolt knife" was adopted. Have not read about SS. You may well have a real rare item.
S

I doubt that it's SS. Camillus made a variety of flat blades for JPSK's. Some were engraved. Others were made by specific request for distributors. I don't believe any were ever part of Government contracted knives. The Camillus JPSK's flat blade knives are unusual, but not rare. Presently Walmart JPSK's and Marine fighting/utility knives they order from Ontario don't come with a fuller.

Camillus also produced a JPSK with a bright finished blade,(it was fullered), as a No. 1010, "the Astronaut-Jet Space knife. They may have made a version without the fuller that I'm presently unaware of.

The experts apparently disagree - as do the former spurts. Some say the flat ground versions, prototype aside, are not issue knives, not Jet Pilot Survival Knives. I don't have first-hand knowledge and have usually relied on Frank's conclusions..

Good to know. But not military issue, yes?