When I mentioned needing a new background, sure wasn’t planning to use my daughter’s playhouse 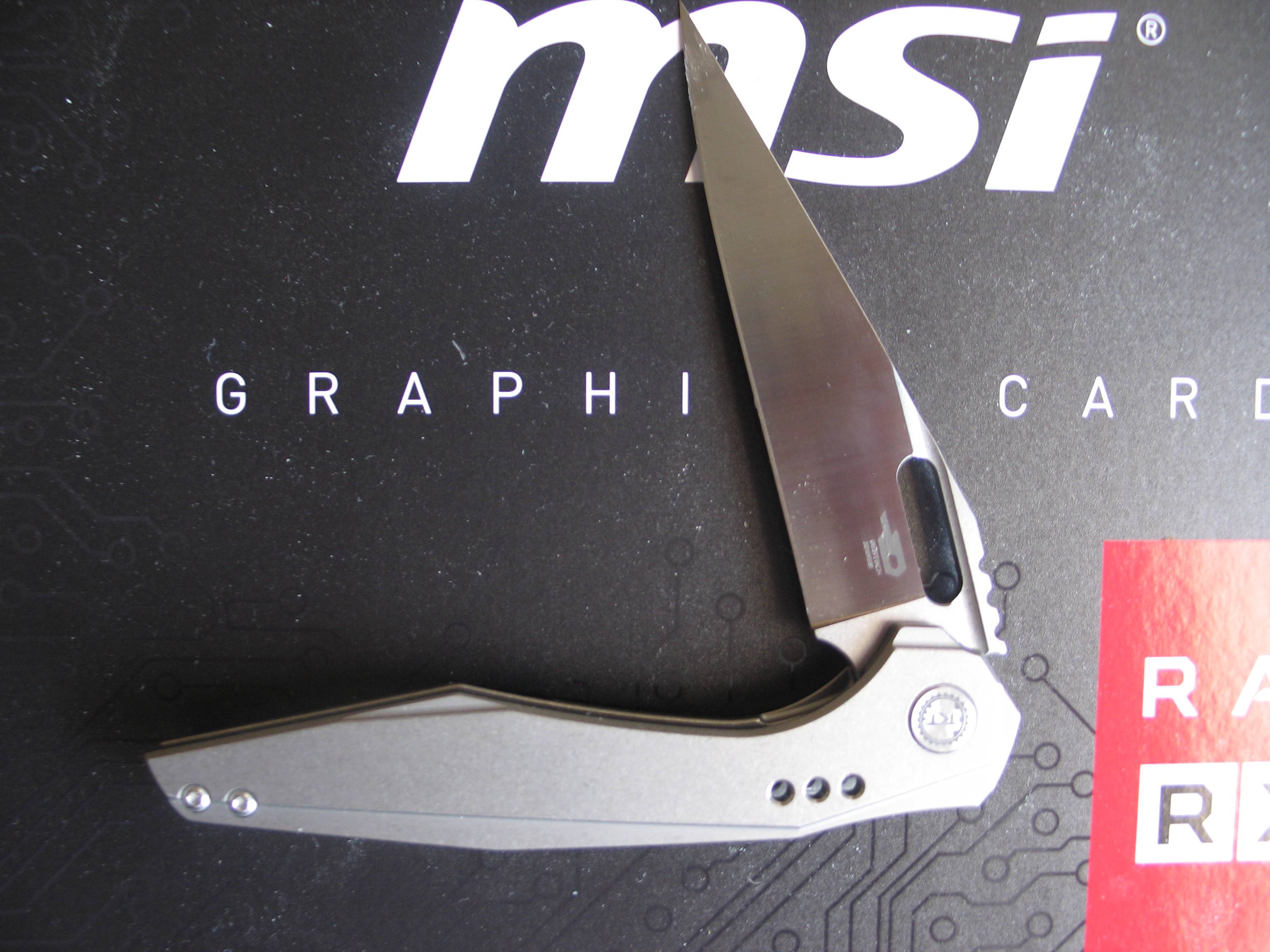 I circled back to my AD-15 for today's carry. This knife has the weirdest break-in process I've ever experienced -- so weird that I haven't carried it much and have come close to selling it.

Mine was manufactured after CS fixed the issue with the hardness of the lock interface cut-out in the tang (whew), but that area is prone to collect dirt, slowing down the otherwise amazingly smooth action, and initially responded poorly to pressure. Not extraordinary pressure for testing: Just "I'm cutting something and gripping harder than normal" would cause the Scorpion Lock to engage so tightly that I needed two hands to disengage it, whereas normally it's trivial to pop it with my index finger.

Over time as the mating surfaces have worn in a bit, that tight engagement issue has slowly sorted itself out. I've never seen anyone else mention this, so maybe it's just my fingers or my particular example. 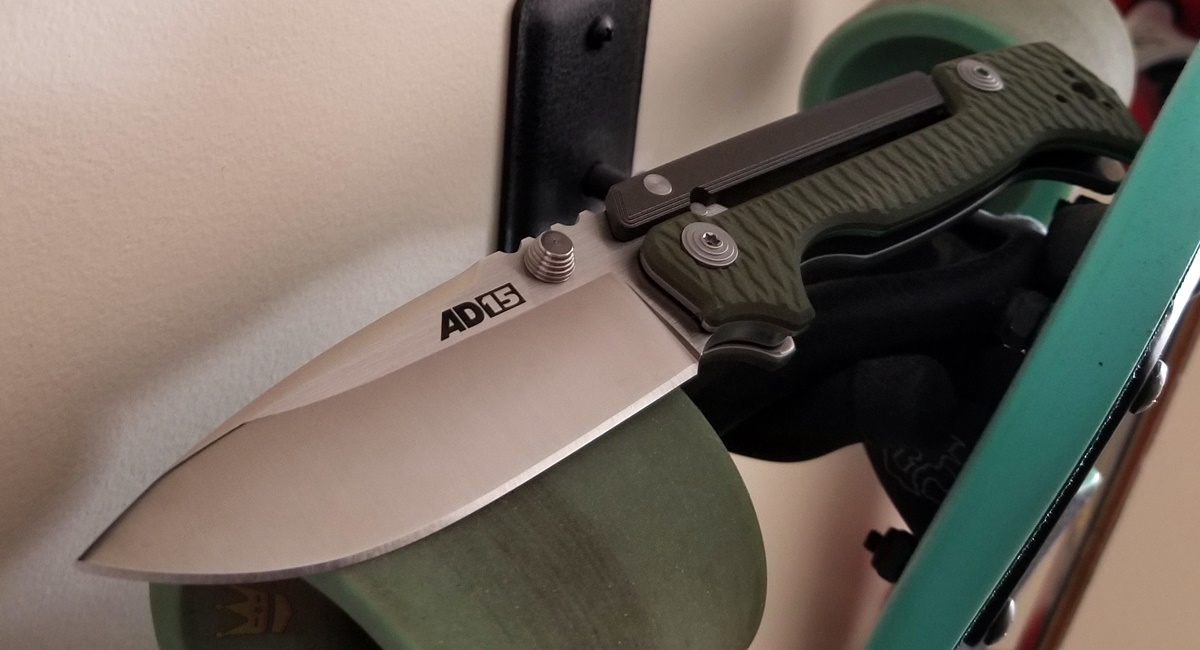 Less than a day old.

alliuse That's pretty slick. What are the specs?
Curious about size and weight.
K

Going big and heavy today. This Tyrade weighs in at 6.6 ounces and has a resounding thunk when opened. I hate the clip on it though so you won’t see that. 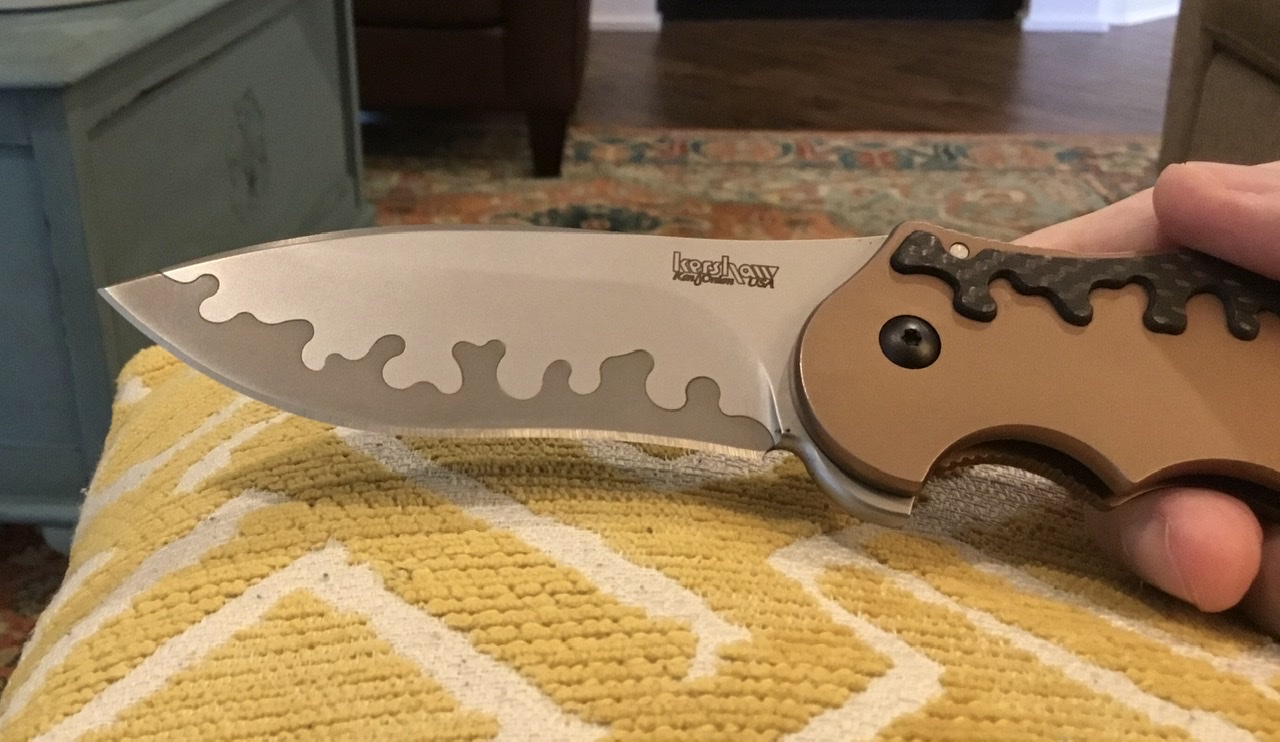 Had to solder some water lines in a tight crawl space. No room for extra gear.

Never been a big fan of Gerber Knives (like some of their tools though) but this one is not bad at all. Super sharp, not that heavy with good centering and action. And a nice mirror polished D2. 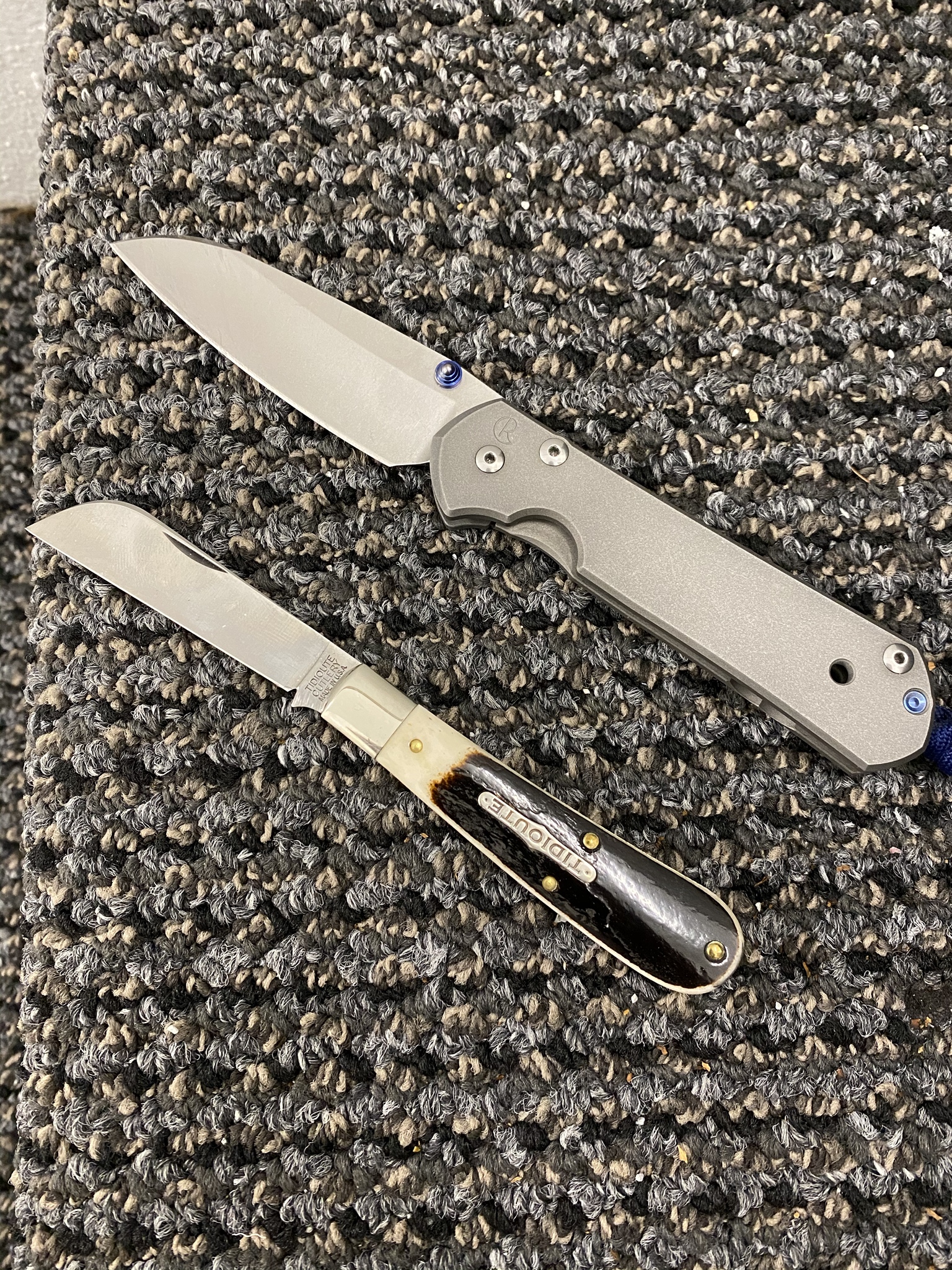 I got a new Spyderco Shaman in the mail and a new chunk of amboyna burl.
I think I'd like to try a mirror polished edge with the Rex 45. 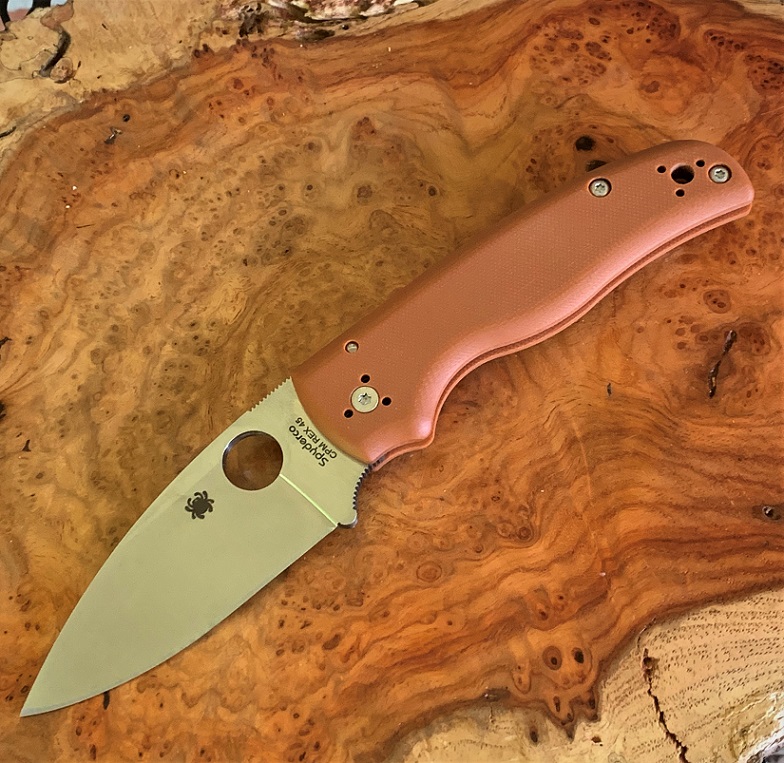 Time to switch to a couple smaller fellas for the afternoon and evening. 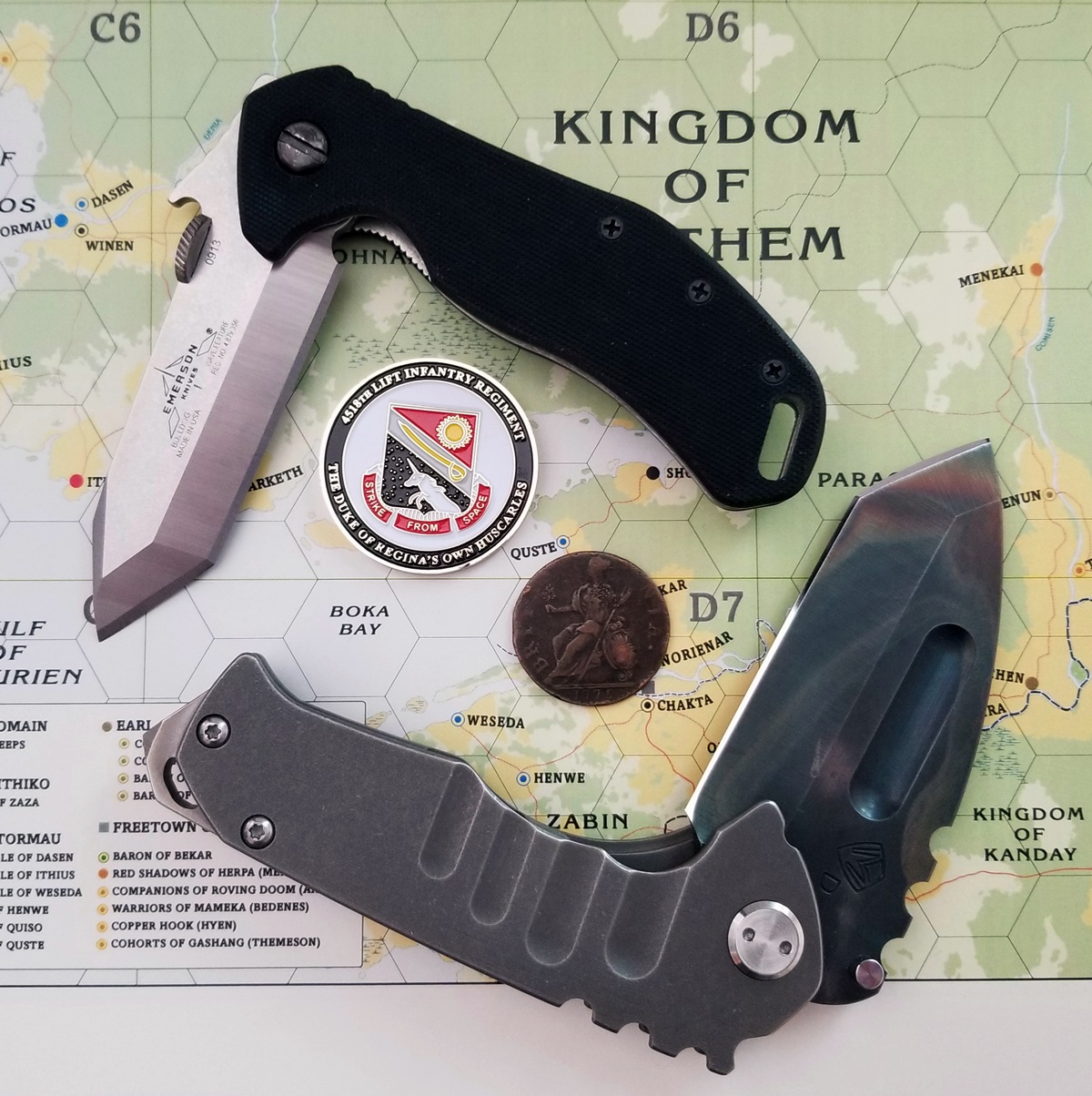 Brand new Thorburn to me from the knife exchange,
Thanks to Cavallaris7 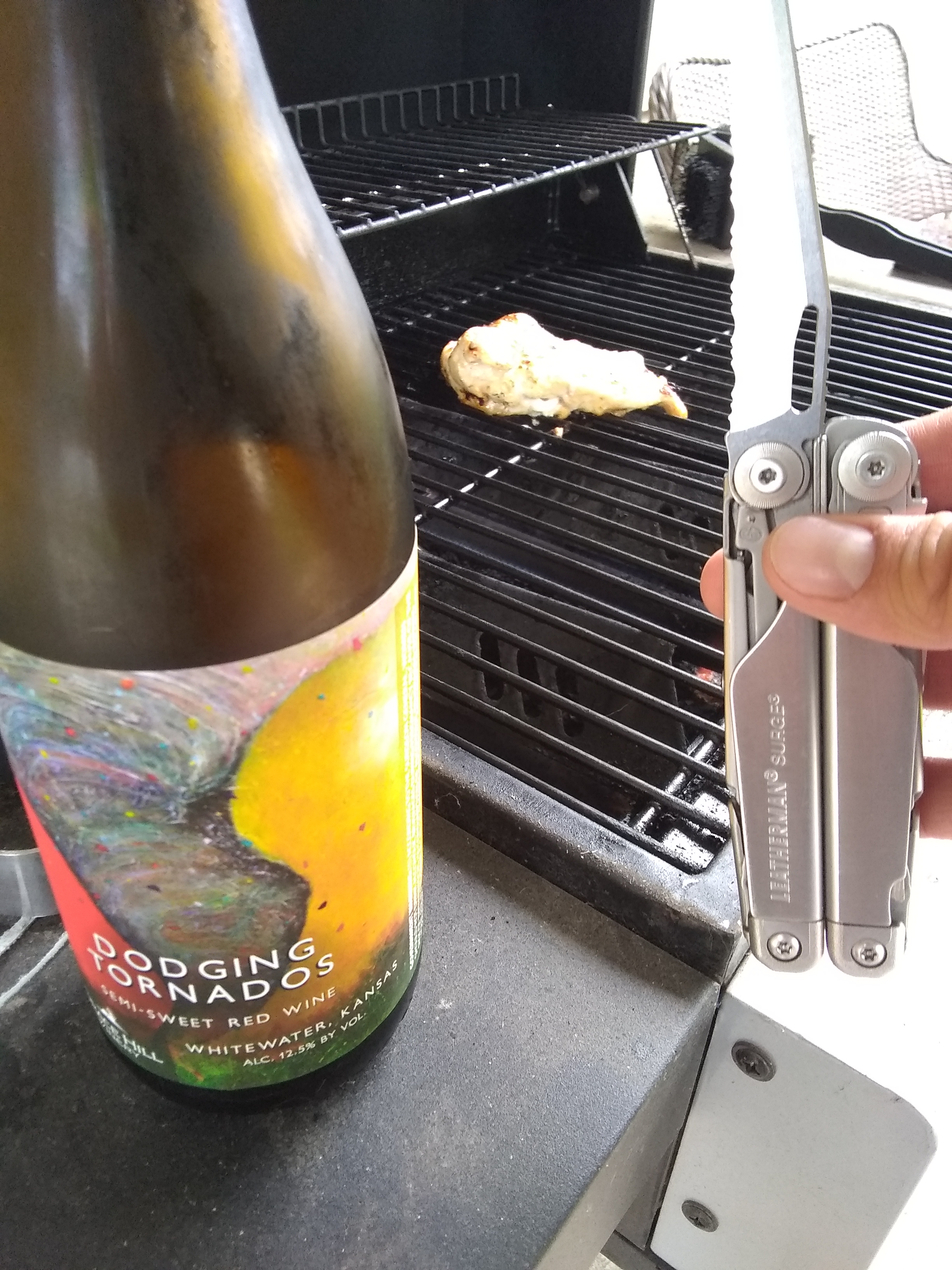 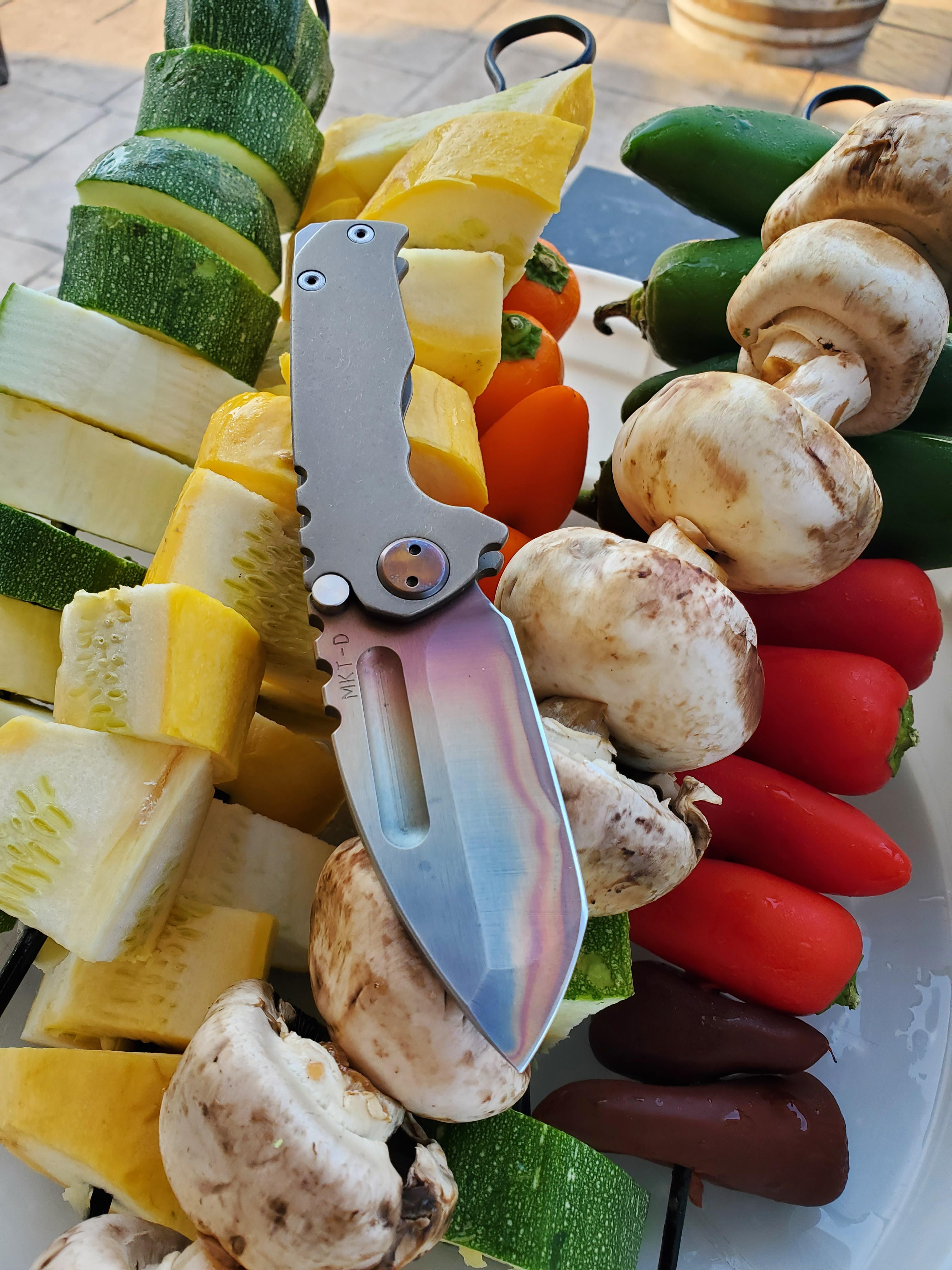 alliuse That's pretty slick. What are the specs?
Curious about size and weight.
Click to expand...

I really like your Spartan Harsey too--it's been on my want list for some time, but I've not quite found the one to get me to pull the trigger. Is that an earlier model Oculus? I find most of the decorated Harsey's too busy for my taste and the current Oculus just has too much going on for me. I like that yours has one main image with plenty of unadorned space for contrast. Actually, the model that I've almost bought a couple times is the plain Jane stonewashed version.

How would you compare your knife to a large CRK?
J 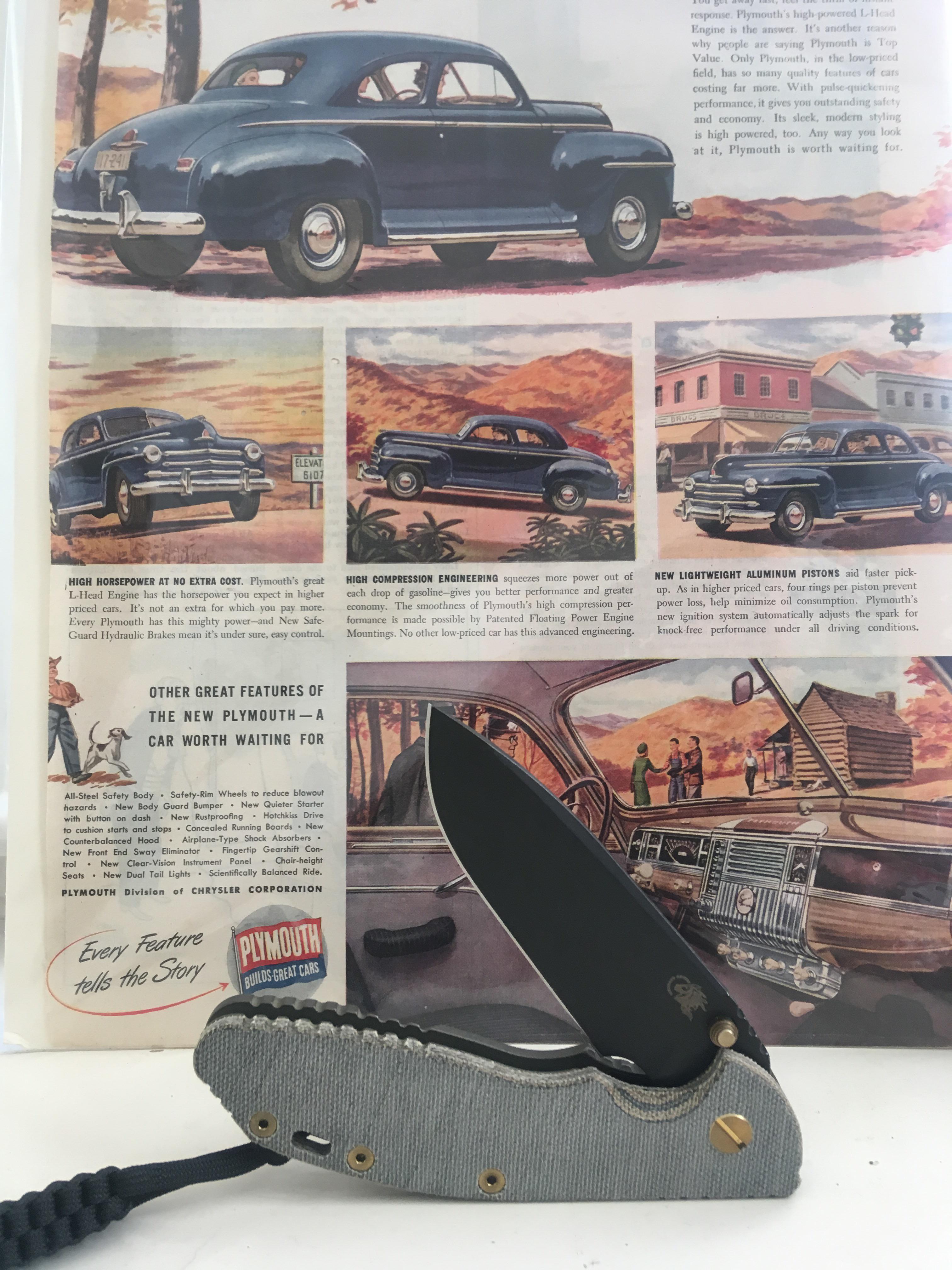 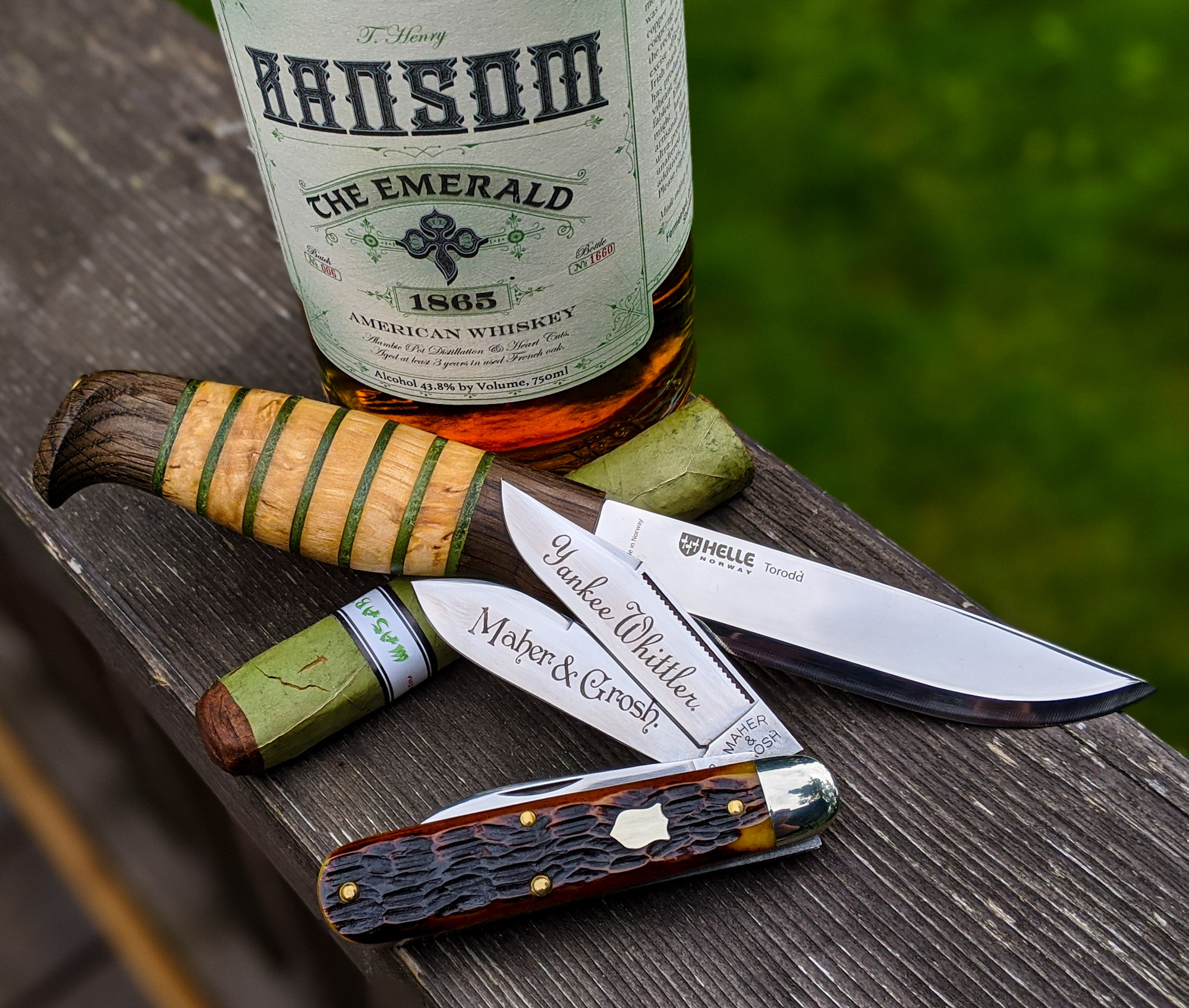