Edgeoflife said:
Gorgeous! Who's the maker on that bad boy?

Pretty sure that it's a Vandermeulen homicide model of some variation!!

Yes... she is mine! Just absolutely beautiful.
Click to expand...

Sick knife. Reminds me of one of the Blades of Chaos from God of War. 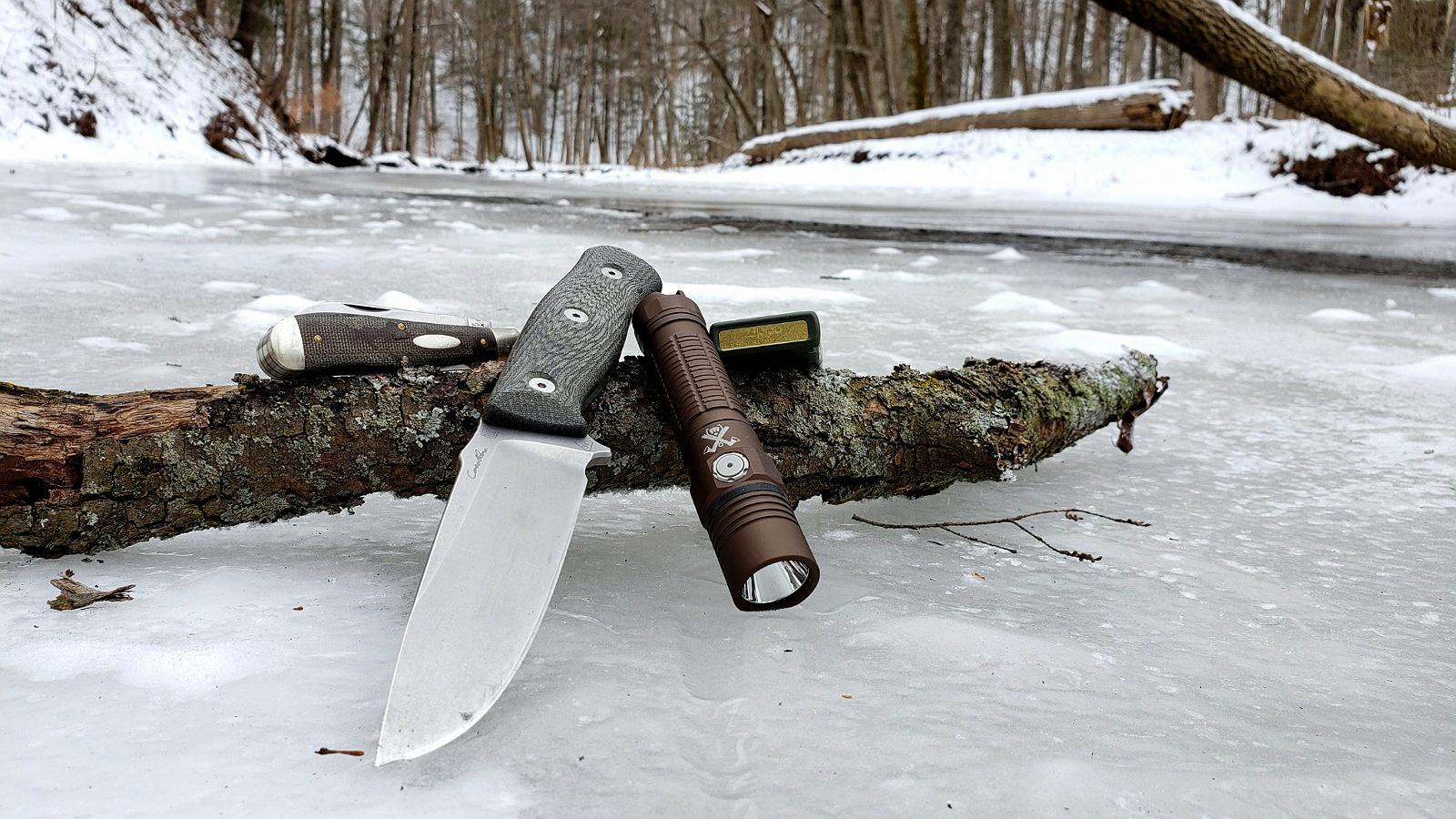 Sunday morning Arts & Crafts was a success. Now the Blue Cormorant will be my carry today. Very pleased with the results. First attempt at Rit dyeing. Sapphire Blue synthetic dye for about 10 minutes of immersion time. 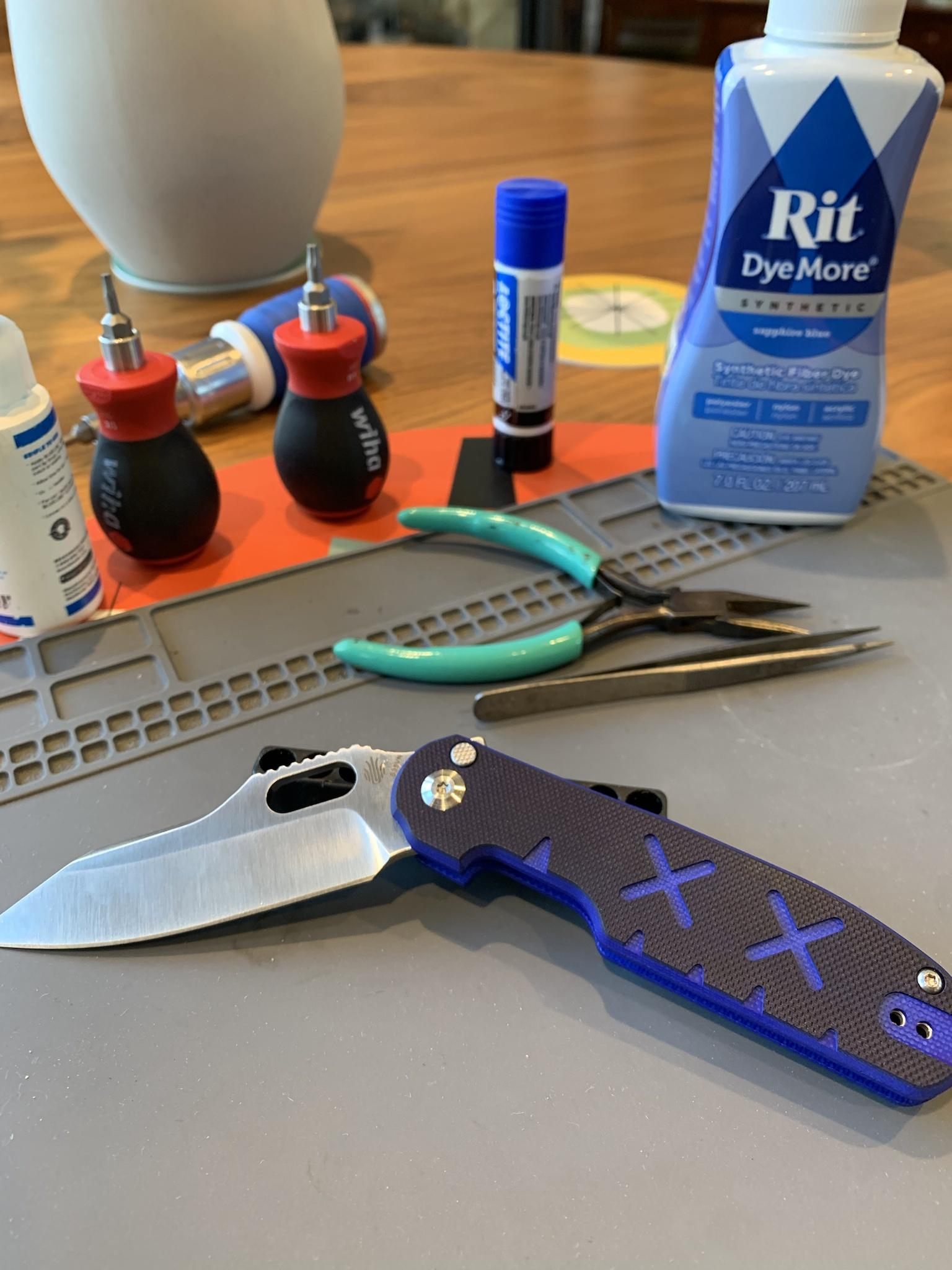 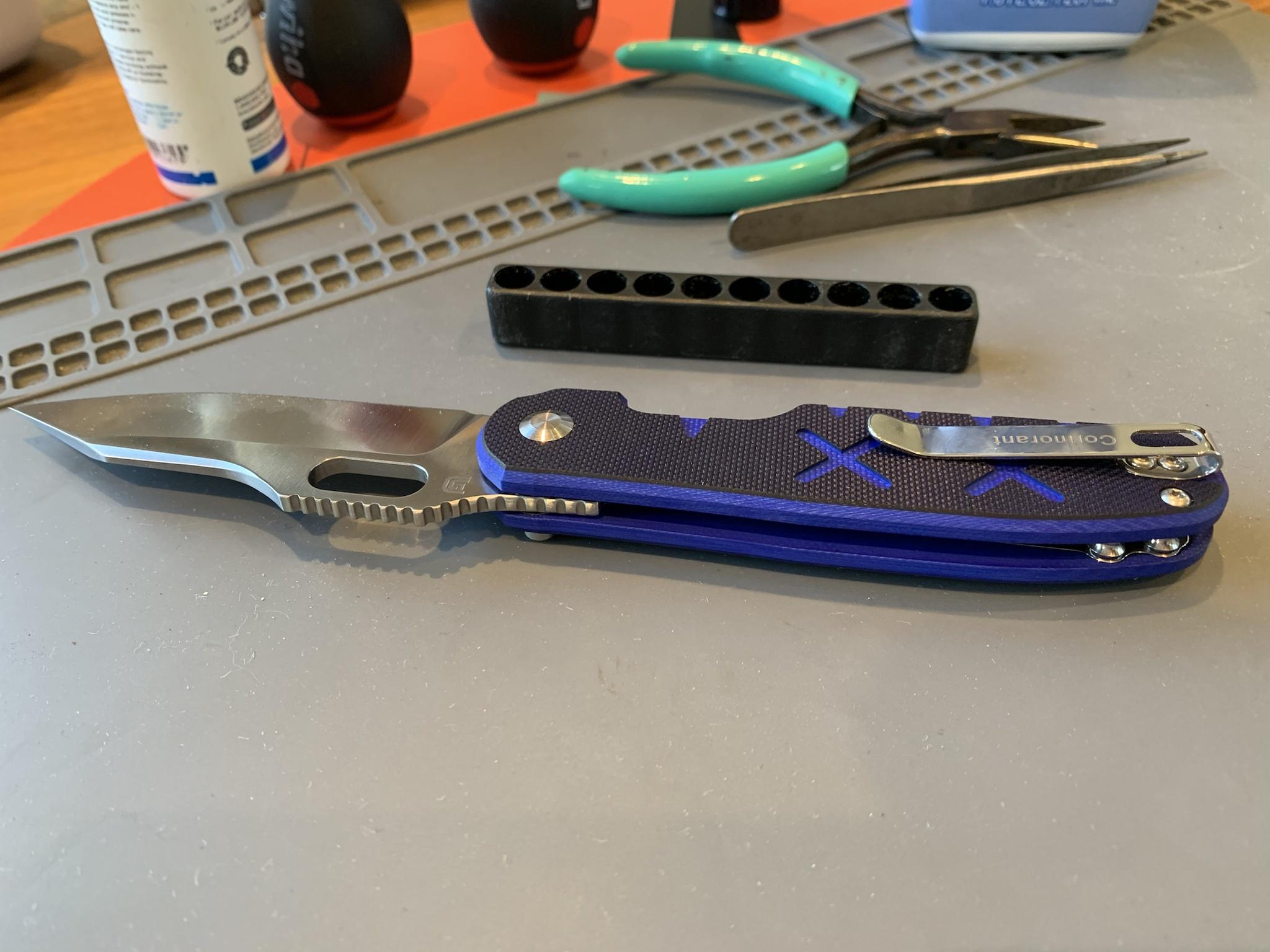 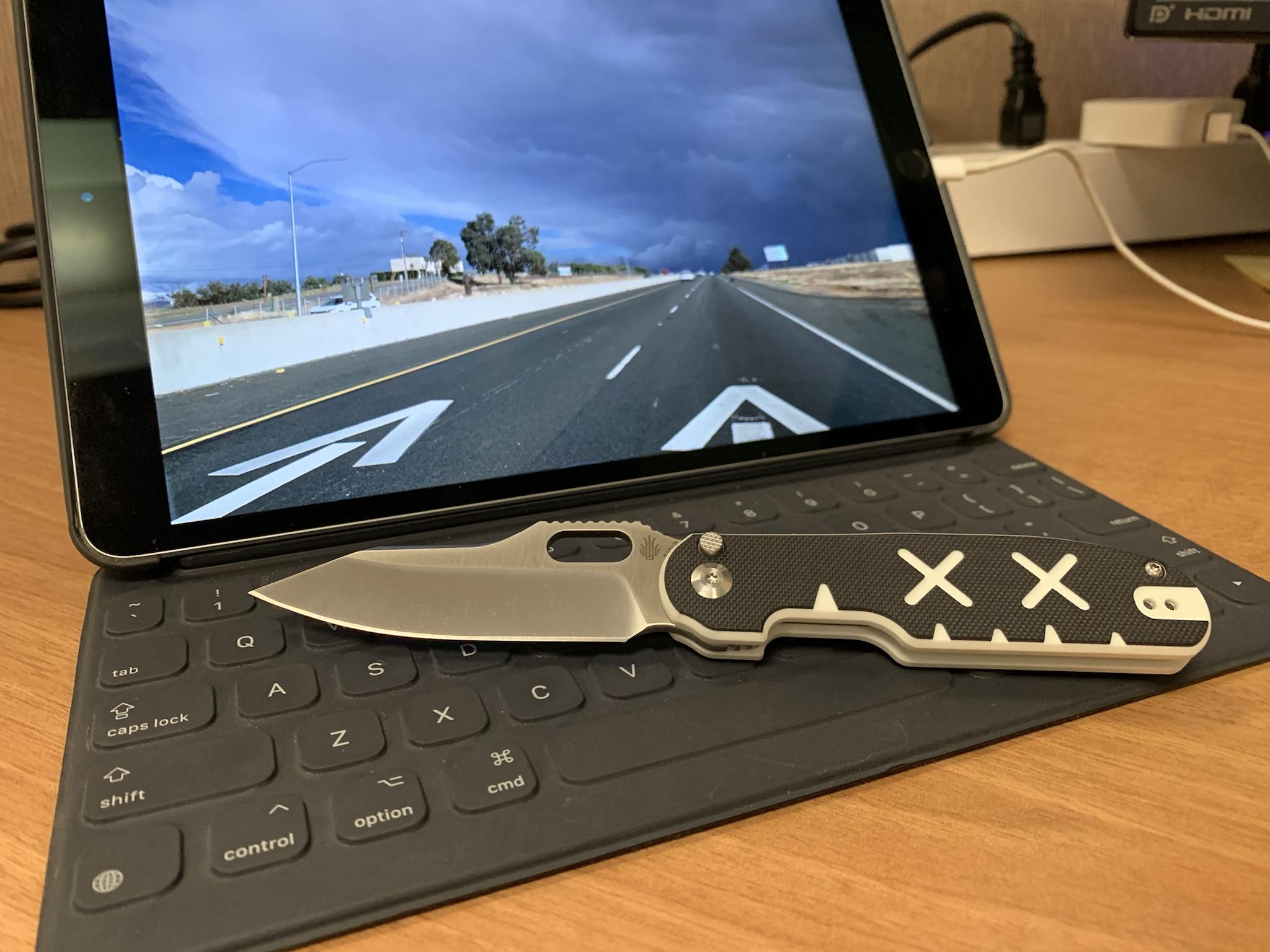 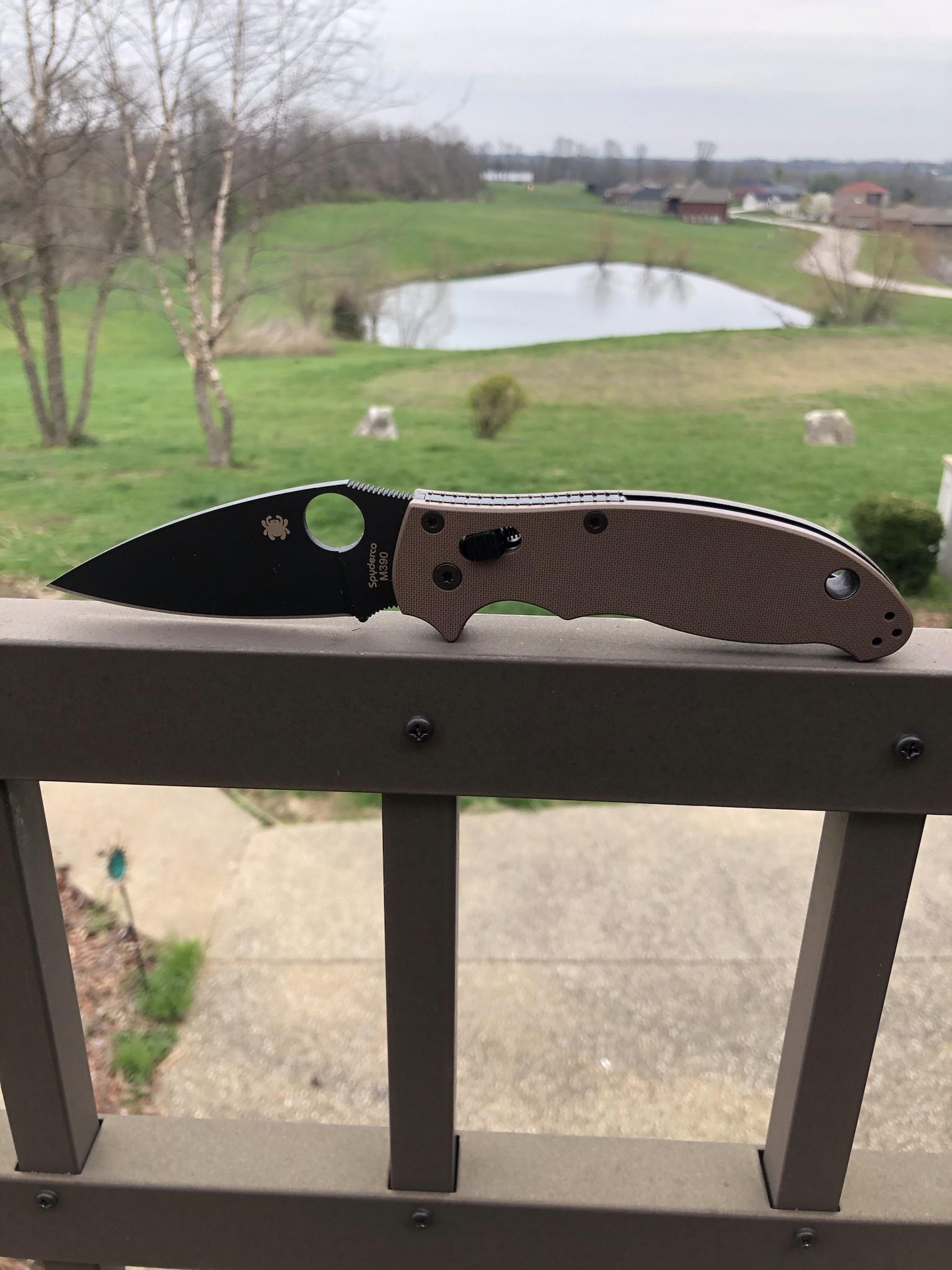 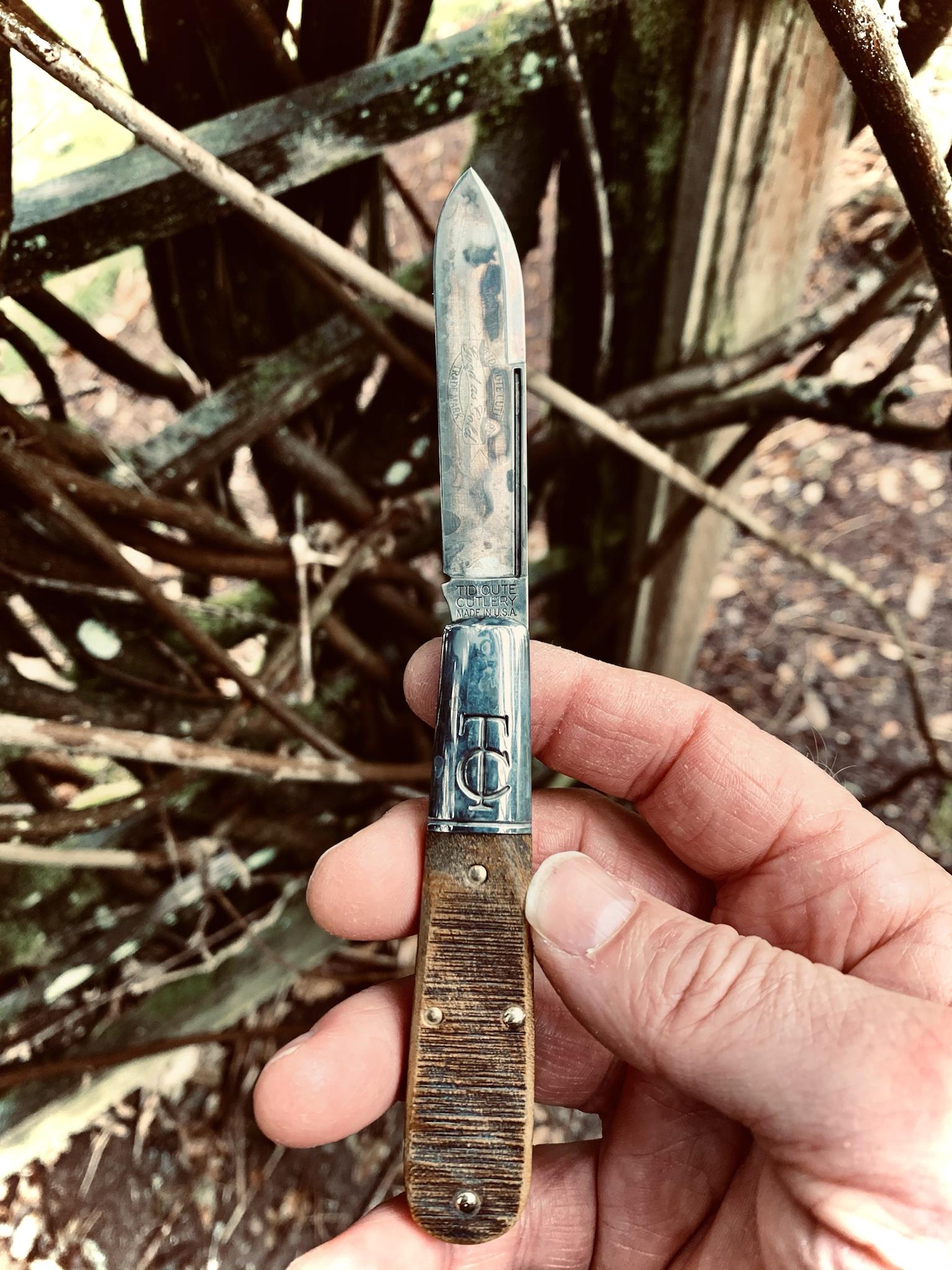 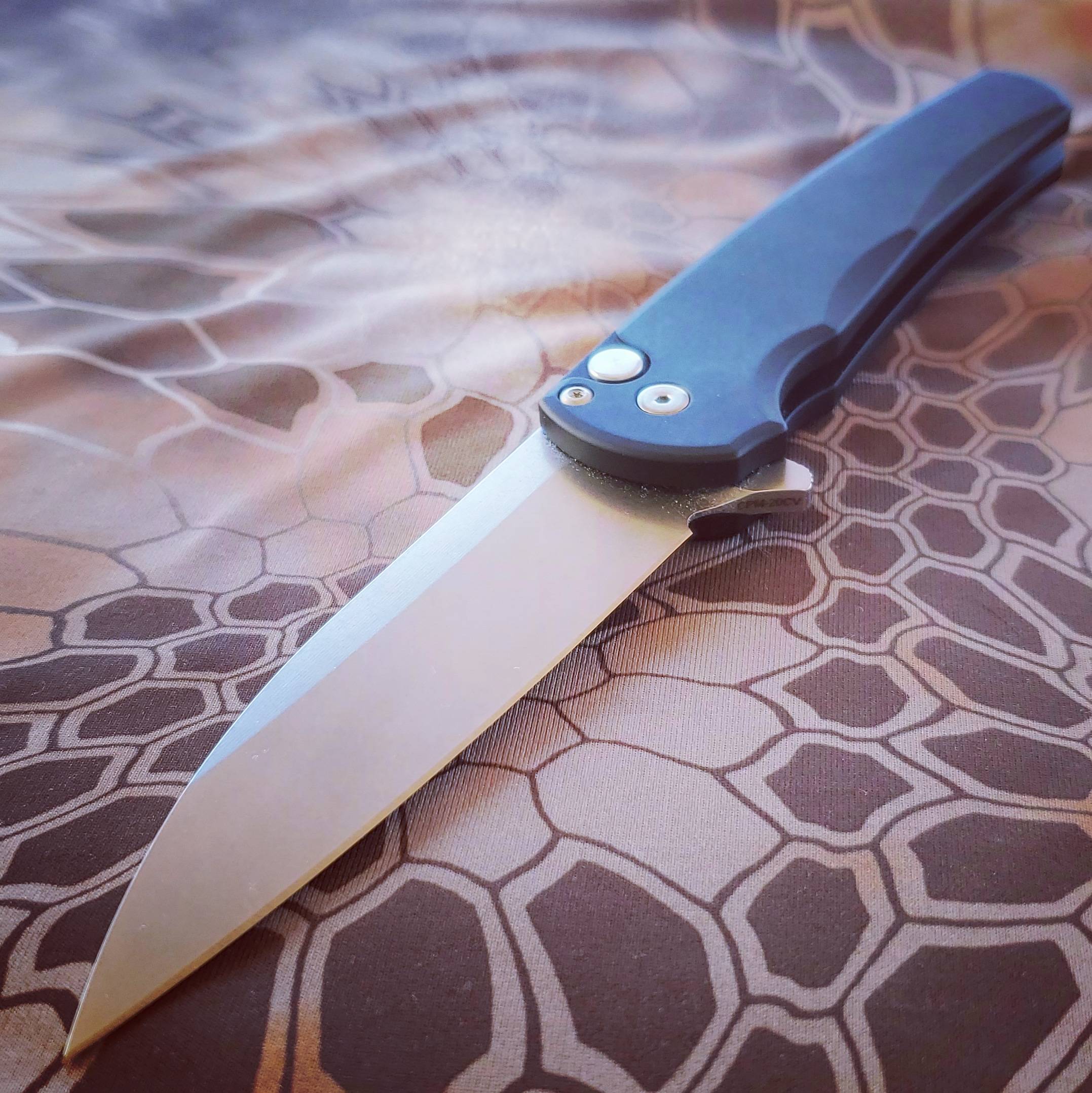 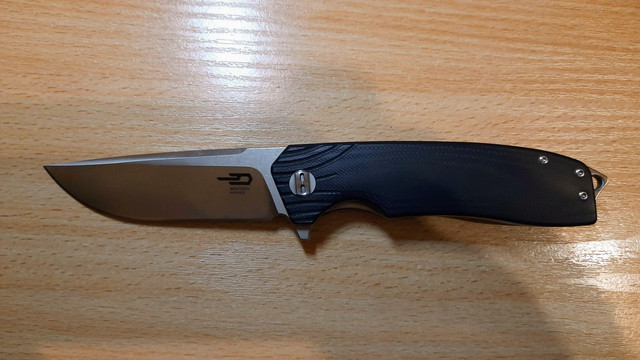 Thanks, Zed. I would be careful with such a knife around one's berries as it's dreadfully sharp and pointy and would likely render a result much more severe and irreversible than a tickle!

After reading your kind comment yesterday I got out my other two Biryukov's from the Russian drawer of my knife stash just to play with, adjust, and admire and decided on carrying one of those today. This one's a liner lock with an ever-so-slightly longer S90V blade than the Sigma's S125V and scales of red-accented grayish-black CF. It's something of a Unicorn, having picked it up unnamed from a Spanish cuchilleria. I've only ever found one other of its ilk, after considerable internet searching, at a French coutellerie which named it a No. 9 and indicated it was "Produit Indisponible", several of Andrey's models being designated only by number.

I'm very pleased to have my three Biryukov knives, and while they frankly lack the refinement and feel of Shirogorovs or Cheburkovs, they're great values at about 25% the cost of the former and around 60% of the latter. AB's materials are first class with solid F&F and excellent blades, and while the flipping and action of the other two are superior, the Biryukovs open and close just fine with the proper technique. 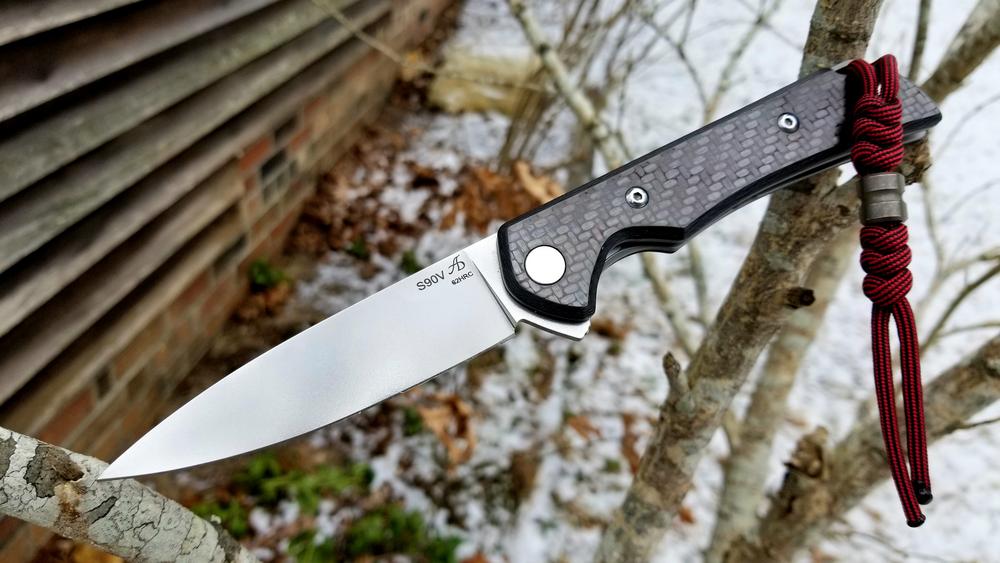 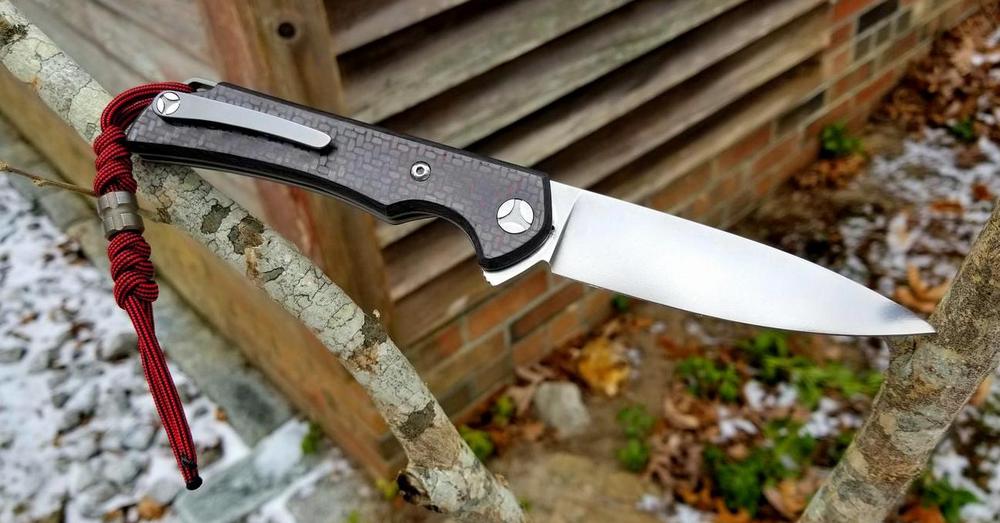 Here's a pic I posted last Summer that better shows off the red highlights in the CF which show up or not depending on angle and lighting... 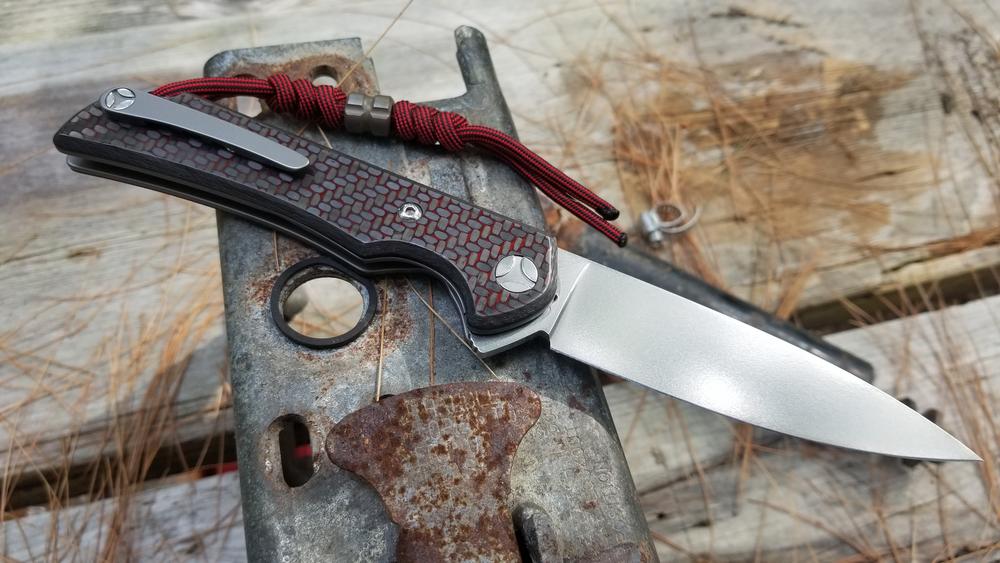 ...and another taken and posted last Spring of it next to its brother Sigma before Chip gussied that one up for me. 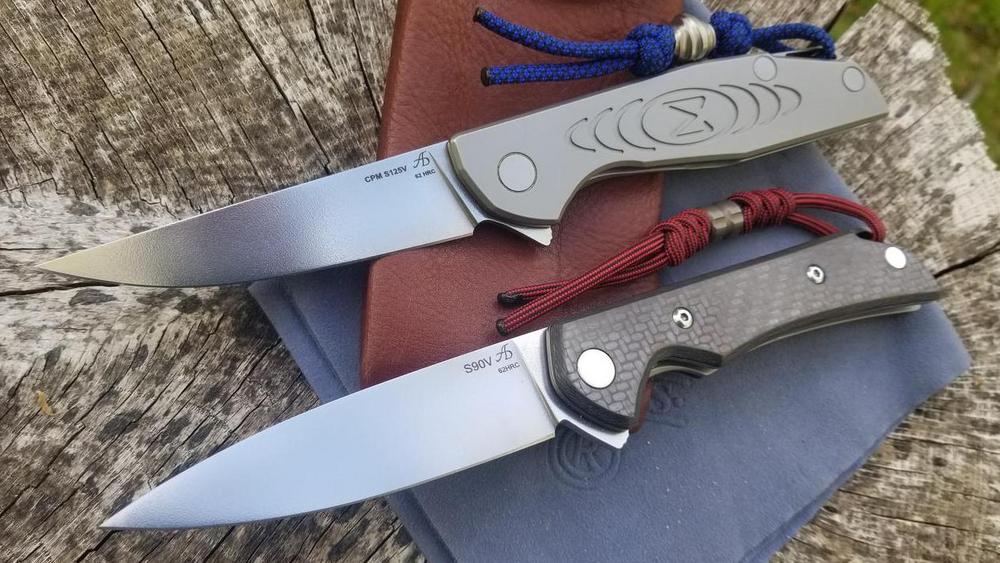 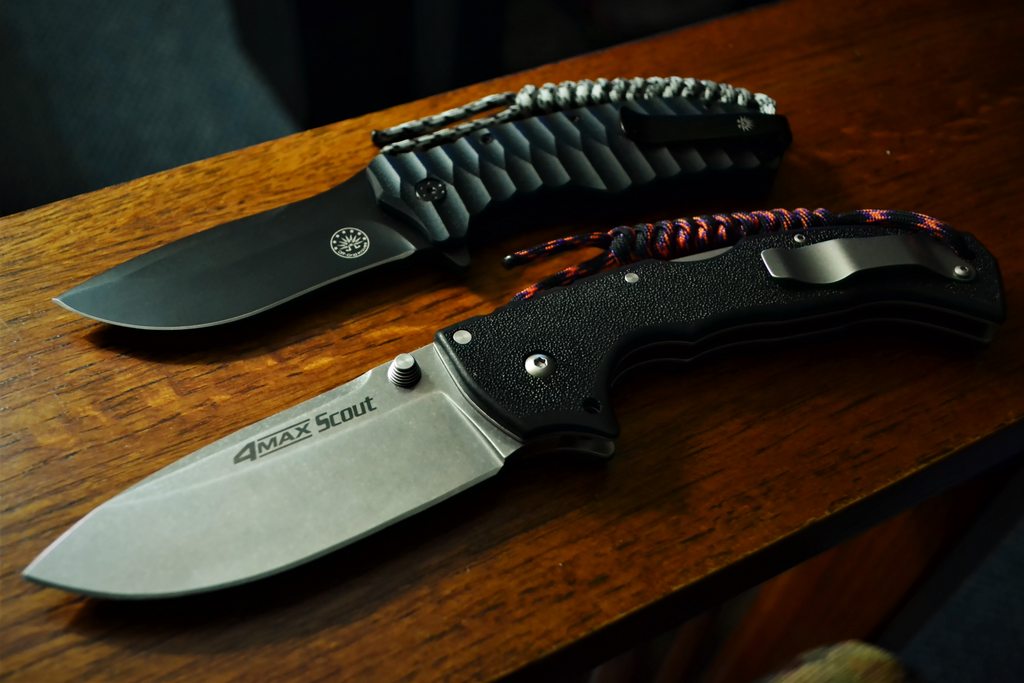 Viper Turn getting a turn today as my “grab and go” for a quick run to the supermarket on a soggy and dark Sunday afternoon. In my neck of the woods, you can’t be over-prepared for a supermarket run; some of these southwest FL seniors are known to get a bit feisty, particularly on Sundays when the checkout lines tend to be long. And I’m no spring chicken myself, my days of being able to outrun an electric supermarket scooter are but a distant memory. Trouble starts and I’ve got no choice....I gotta go “all in”, lol.

Enjoy the rest of your Sunday, folks. 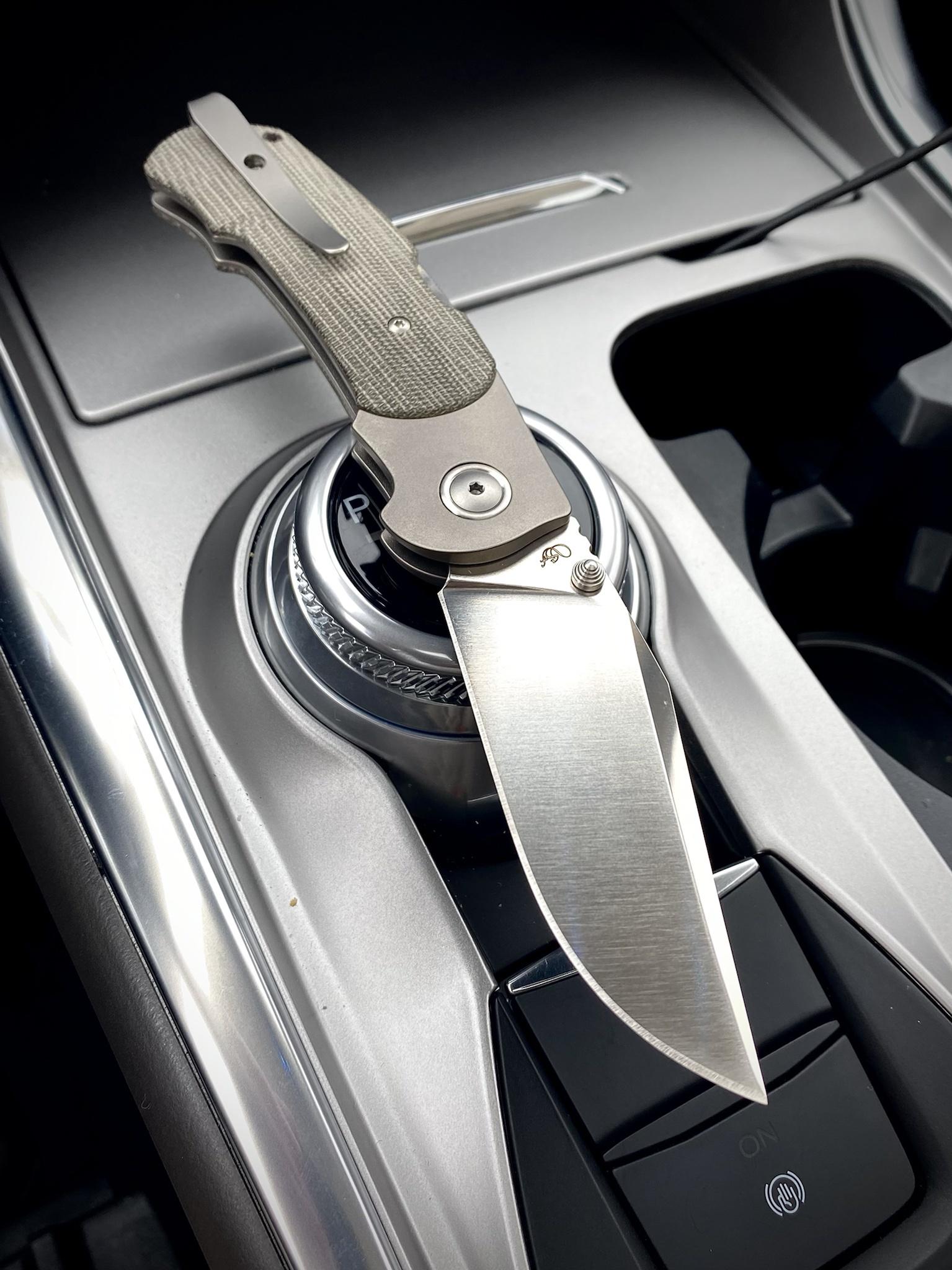 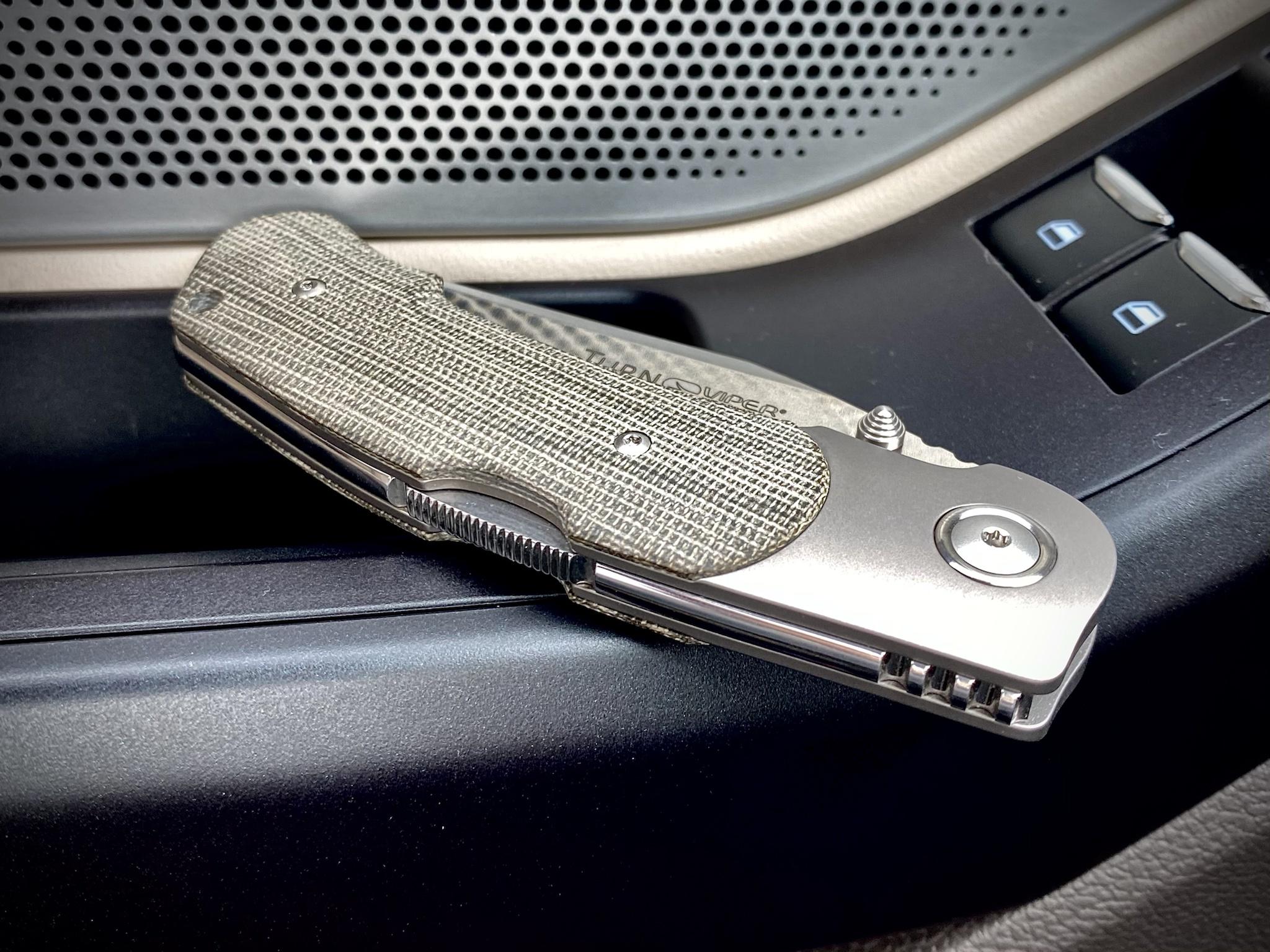 Lazy Sunday carry for me! The 31 again. Hope everyone is having a good weekend! 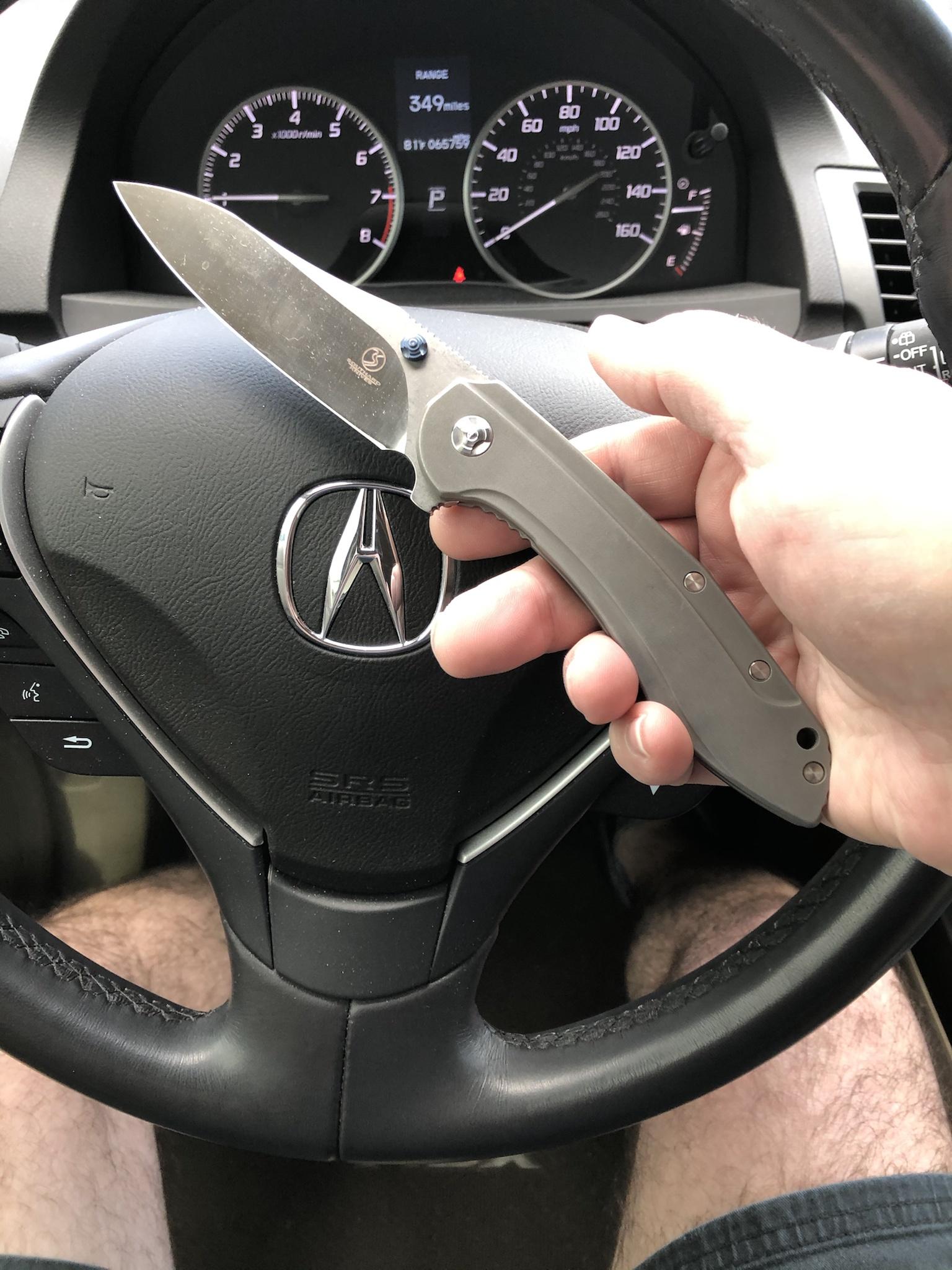 This one today. Kevin 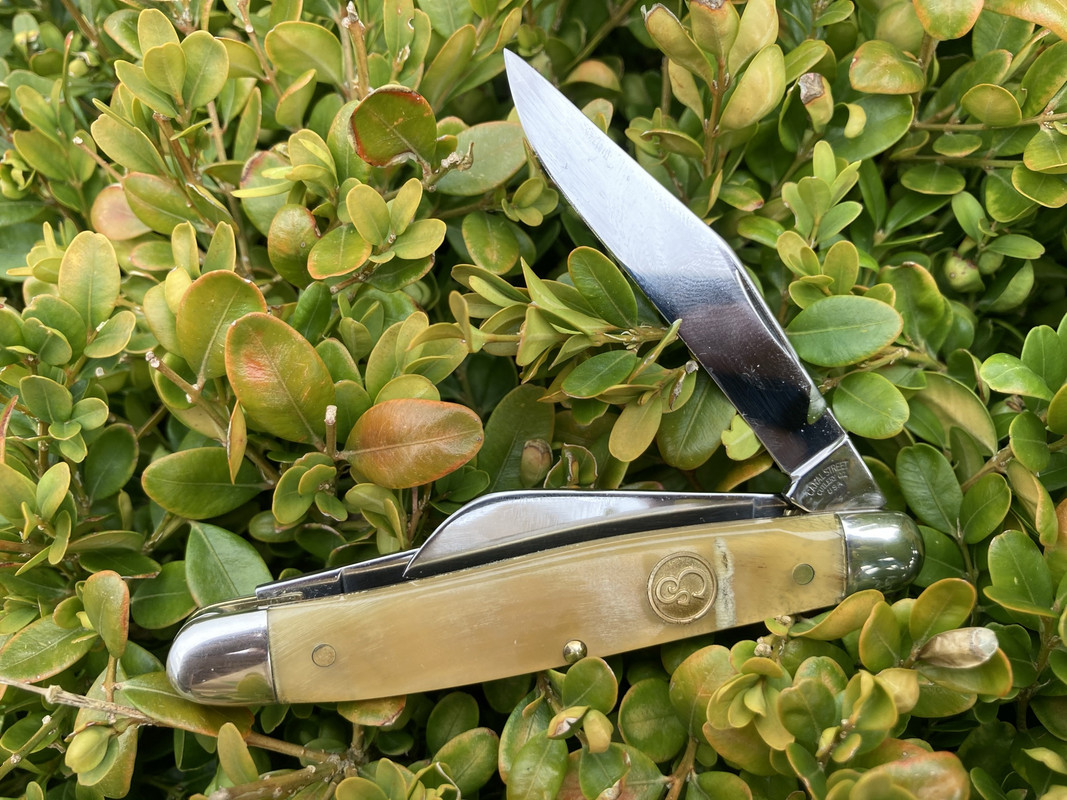