junglefighter said:
It was a variation of Charlie Och's special ops bowie, but I asked Bob to tweak it to my specifications which included it to be able to be taken apart for cleaning and oiling due to the humidity of my use of it in the Philippines and Guam.
Click to expand...

And a gorgeous knife it is! I had not realized it was a take down knife. Beautifully crafted.

Happy with this cut. I like to leave the bottoms standing for watering plants. 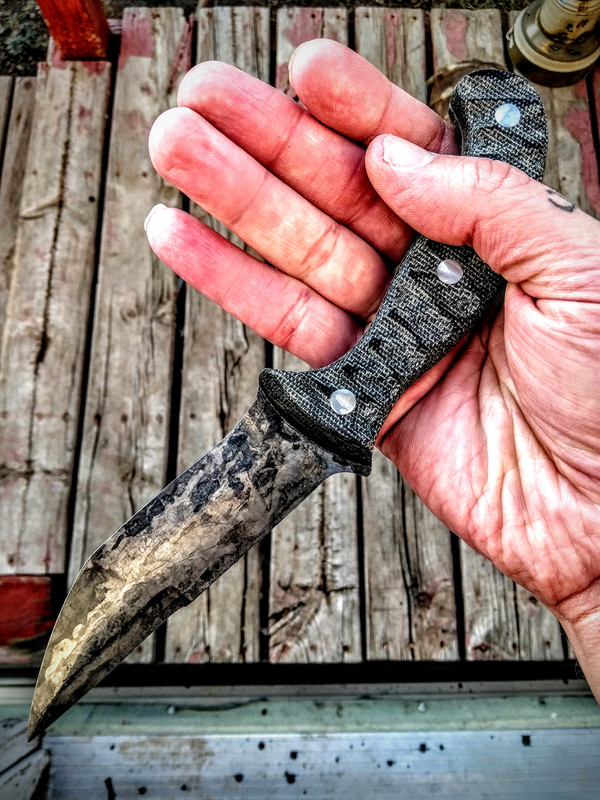 Polkowski Polecat acquired some years ago from a bladeforum member

Another one of Bob Appleby and I collaboration.. 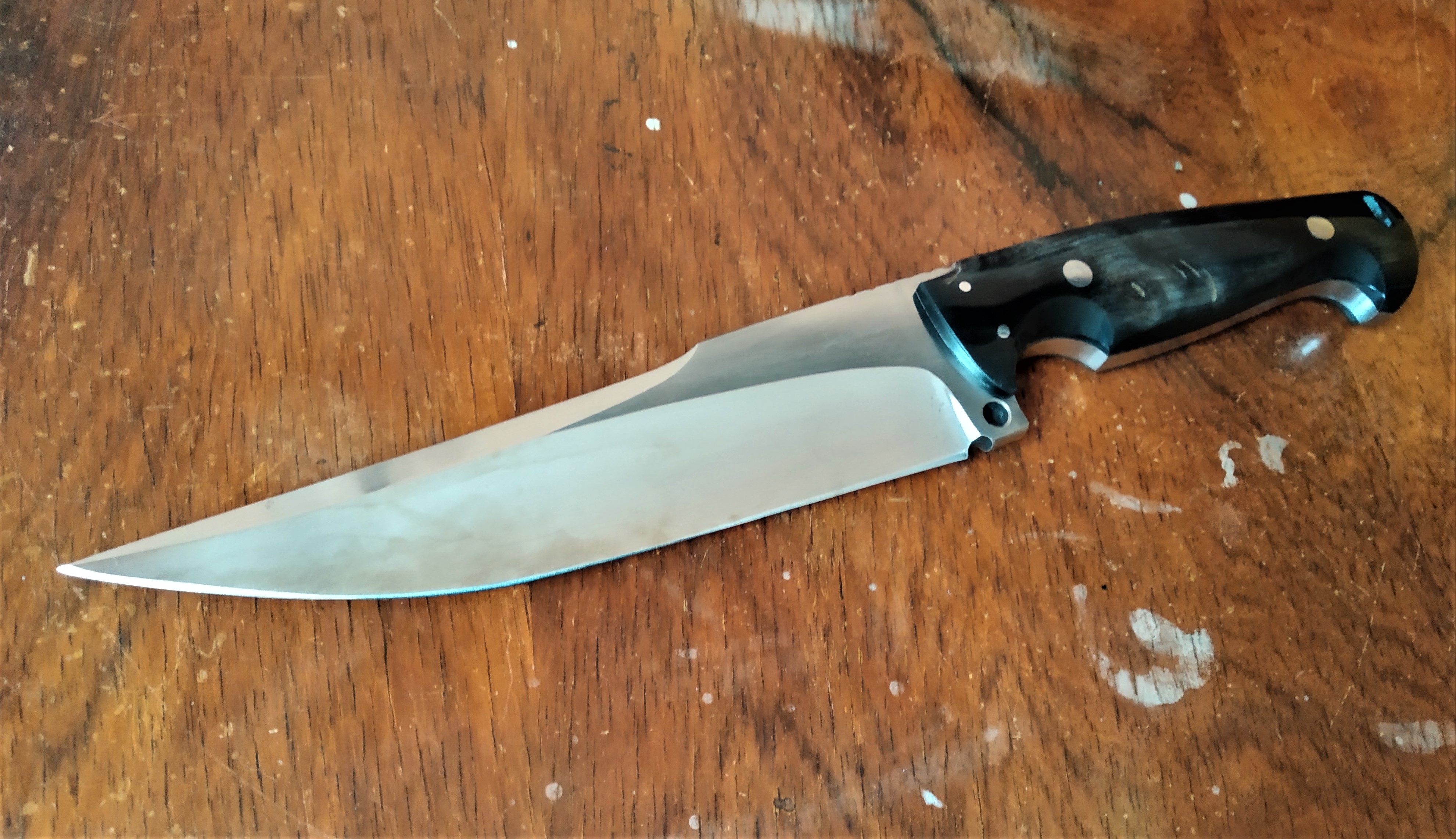 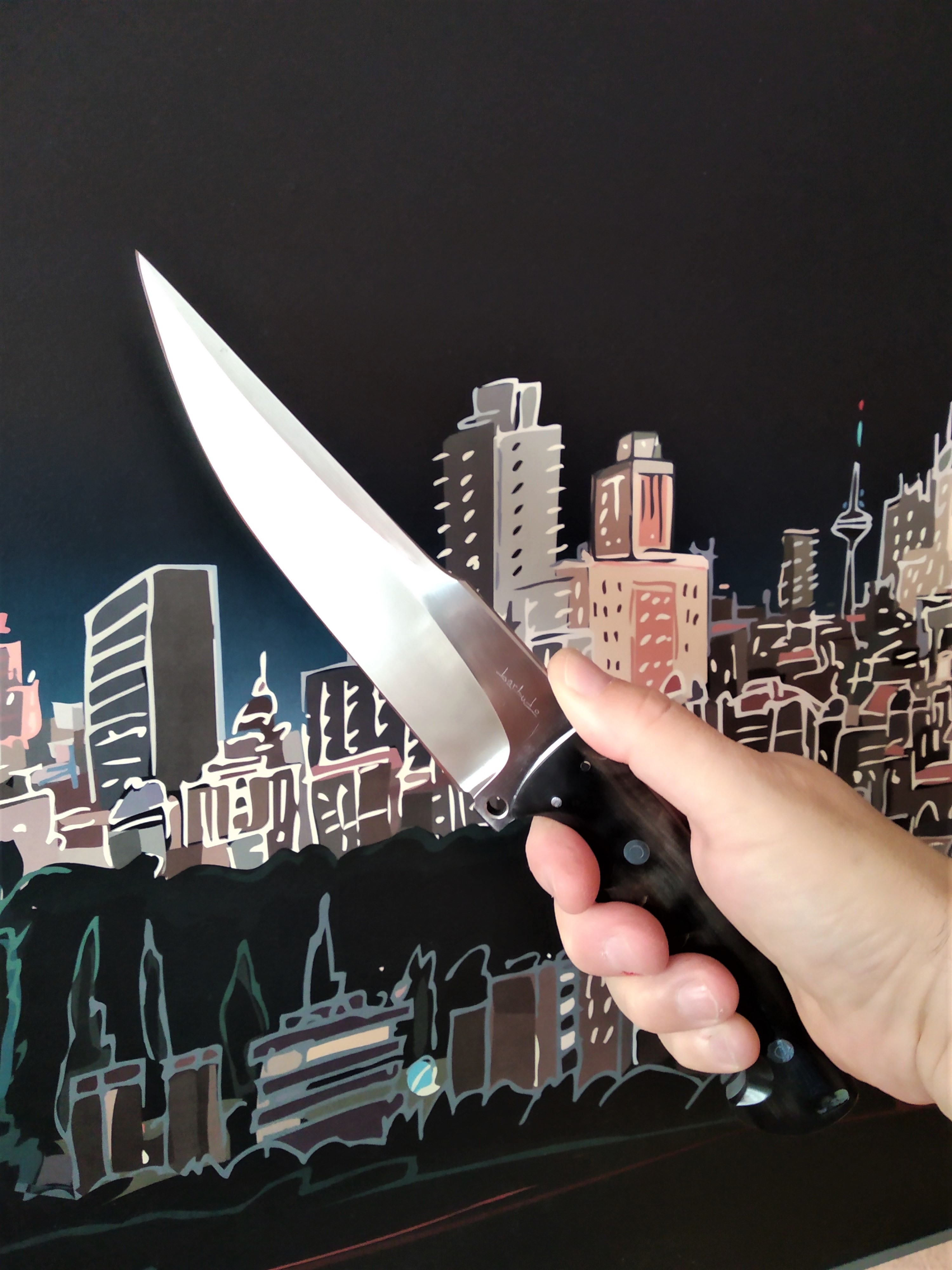 From my grand father , a Belgian soldier who was almost four years in the first trench at the Western Front. They had only a few square miles from their country (mud, rats and diseases)
It is a French made dagger called le vengeur ( the avenger) 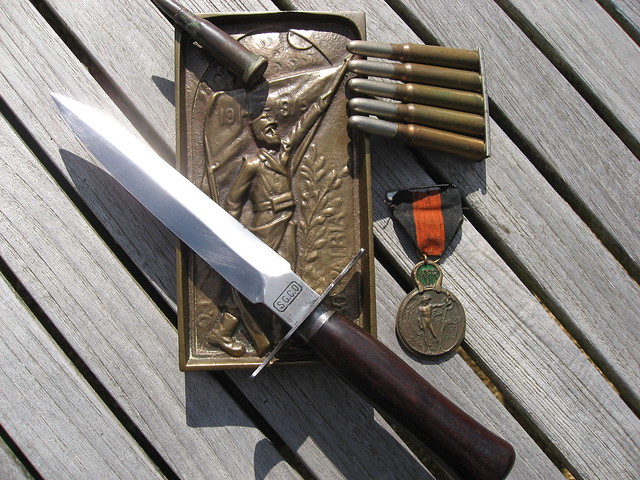 The next was mine, I had no war to fight in 1969, we had just a little problem in Germany were we were at stationed at the iron curtain. The "reds" had a few million soldiers more. 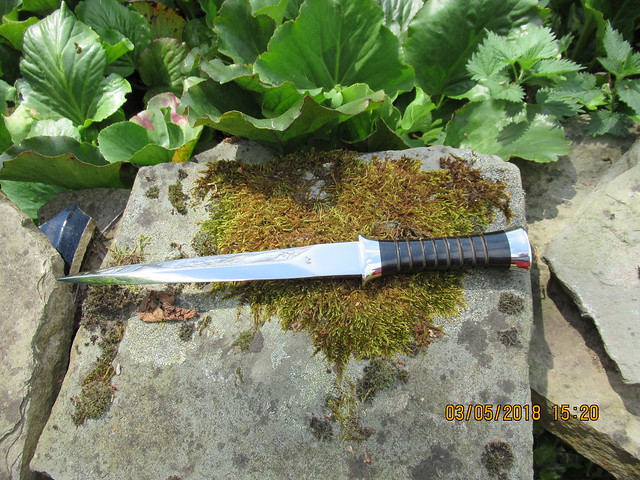 I had this monster out a couple of days ago...Kyle Gahagan Persian.

Dawkind said:
I had this monster out a couple of days ago...Kyle Gahagan Persian.

What is the blade length of Kyle's Persian? Gorgeous knife!