Okay, I'm coming up on 10 years here, and actually that's not correct, because I started before that, but I did a couple years in the sandbox and lost track of the name and email I was using back then. But, be that as it may, I'm now over 4000 posts under this persona, and it's time to give away something nice.

So, first the rules.

1. This GAW will run until 31 December, 2019.
2. It will be open to post from now until 16 DEC. Sometime on that day I will lock the thread.
3. You can only post once in this thread. But, to make it more interesting, you can edit your post up to the point where I lock the thread.
4. Anyone who's posted in Traditionals before this can enter.
5. Your post needs to include the number you think will be my post count when I first log in on my birthday. The one who is closest to my actual number of posts on my birthday (which is in December) wins.
6. I will post the winner New Years Eve, so there's a chance you'll have something to celebrate going into 2019.

I will not attempt to pad or adjust the number of posts I make, but anyone following me will see that they come and go with no specific pattern.

If you're overseas go ahead and enter. I'll go the shipping, but be advised any customs duties will be on you.

OK Johnny, what do we have for the contestants...

The person who gets closest will receive this Jeff Cover custom slipjoint. A nice single blade with green bone scales and black liners dovetailed into the stainless bolsters. The steel isn't marked, but Ray usually worked in ATS-34 and I expect Jeff did this in that material. It's not perfect, there are a couple very light scratches on the blade, but the new owner can buff them out, or use it as is. It's been carried, but not by me in the last 10 years or so. Very good walk and talk with a half stop. 3.33" inches overall, 2 5/8" inches blade length. 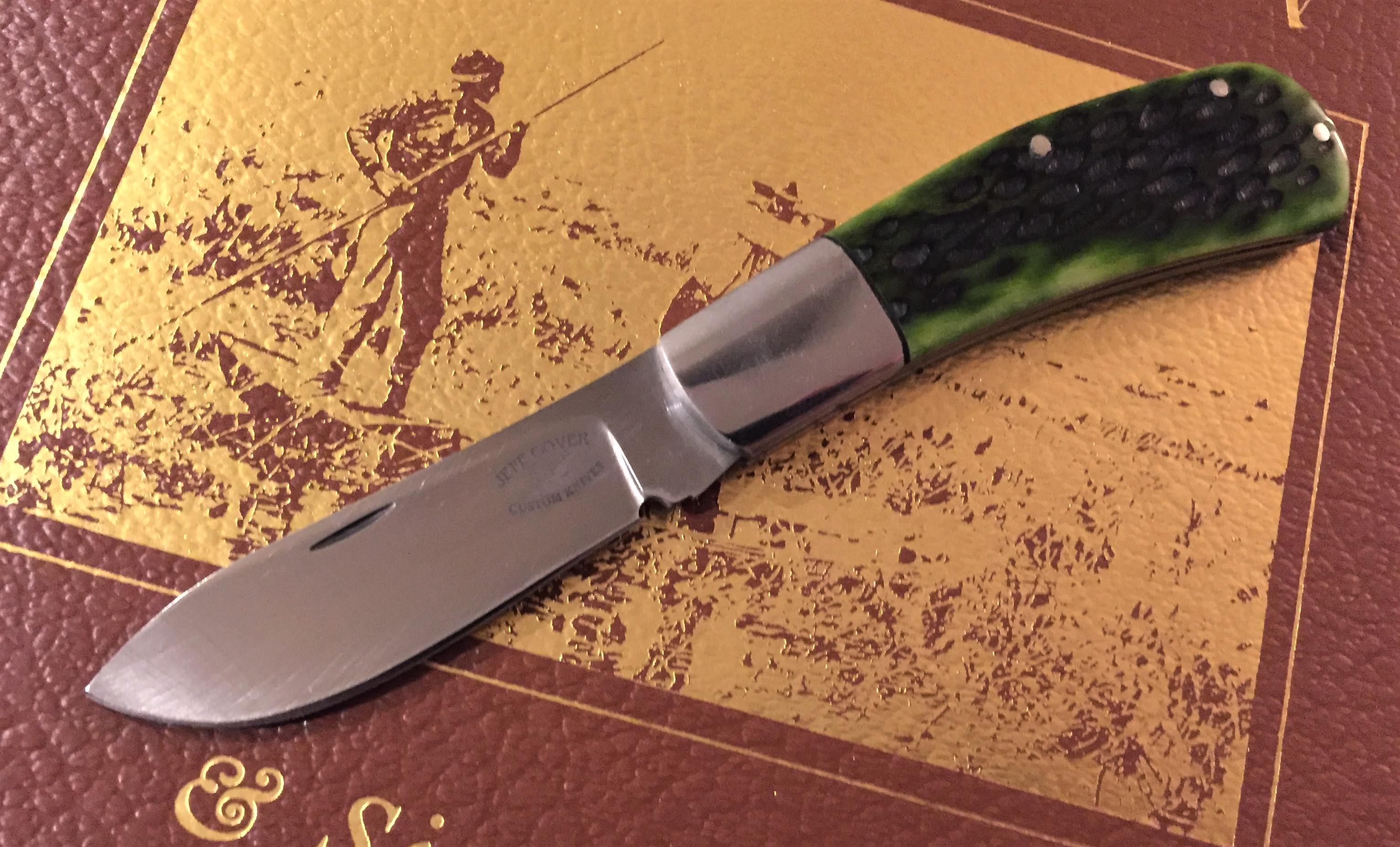 And, to make this more interesting...

You can also enter to win a second prize. Simply try to guess the number of "Likes" I have on my birthday, with the same provisions as the number of posts above.

Annddd...Behind door number two we have this Case Stockman #6375 in amber bone. As far as I know it's never cut anything, although I did carry it a couple times. (I prefer a slightly smaller knife.) 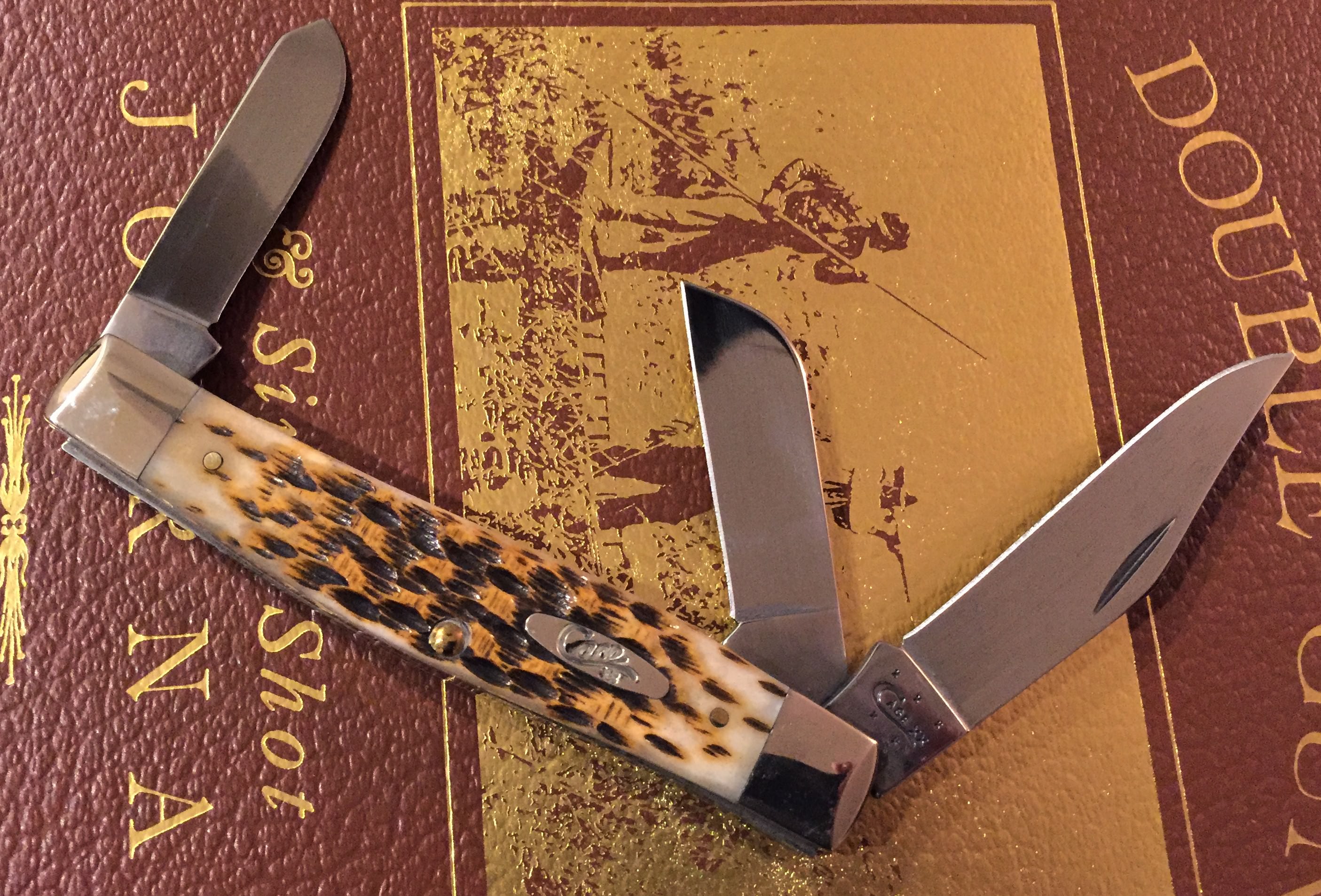 Last, there's a Booby Prize. This will be awarded to the person who's the furthest out from the combined actual numbers, with the proviso that numbers totaling over 10,000 will be disqualified, just to keep you guys from fighting to get this beauty.

It's a Bear & Sons One Arm Barlow in MOP. Actually a nice knife, I picked it out of pile of like numbers, and it's really got nice scales. (I'm not sure how the one armed guy is supposed to use the pen blade though.) 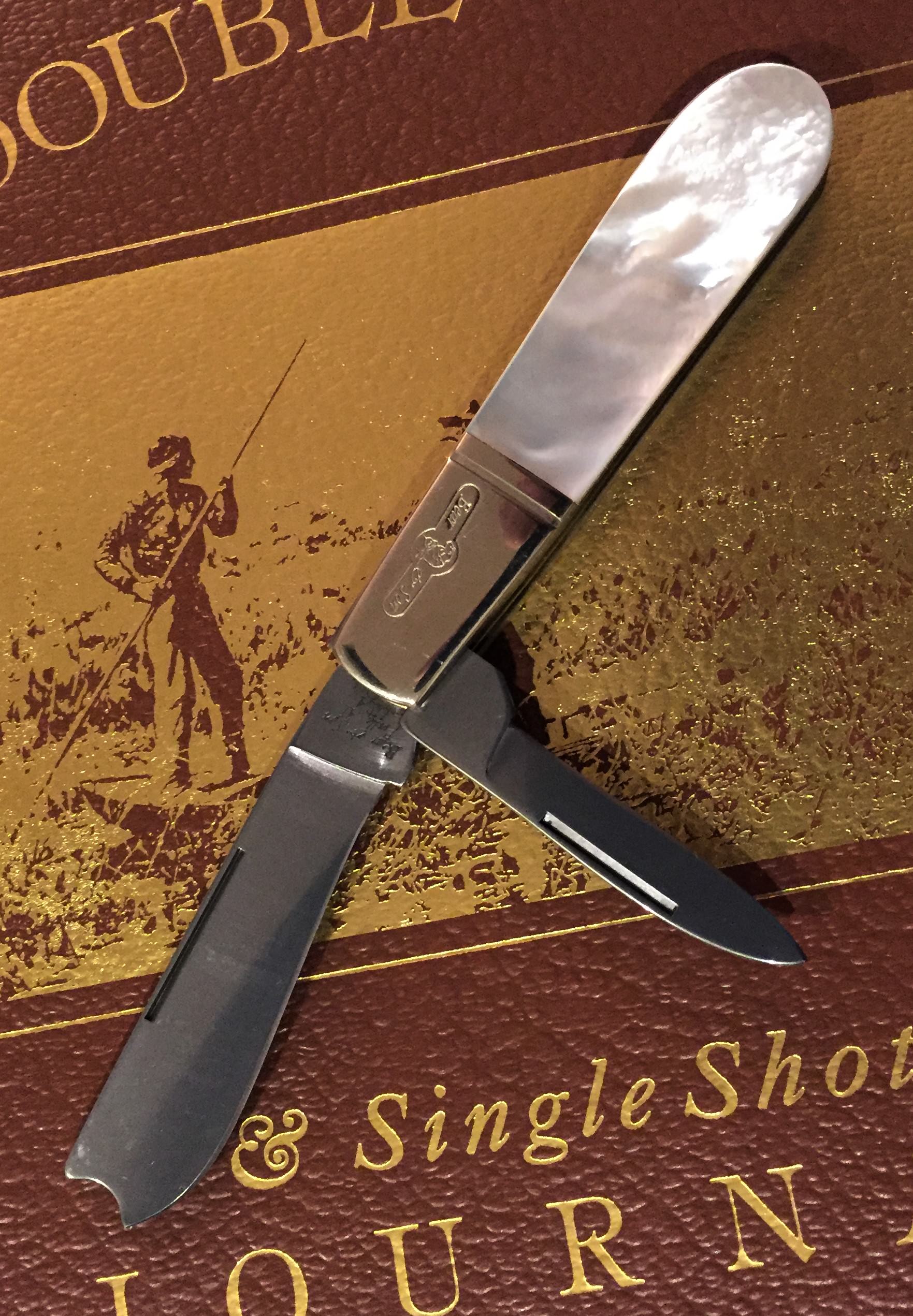 - Will Power was closest on likes, with 3420, so I'll be sending a Case Stockman his way.

- And last, Chief's post was the furthest off (2422) so as per his wishes I'll be sending R Redden the Barlow.

Please PM me your mailing address's and I'll get these out soonest. (It's always nice to start a New Year with a new knife!)
Last edited: Dec 31, 2018

I know I should stick to my policy lately of not entering GAWs, but I want a chance at that Jeff Cover

Since you are already over my original guesses (4125/3000), I thought I would take advantage of the offer of allowing edits. If that seems like poor sportsmanship, feel free to disregard the edit.
4142 posts
3200 likes

I’ll take a shot at both,

4224 posts
3113 likes
Congrats on the milestones in both time and post count!

Thanks for the generous GAW.

Best wishes to all the entrants!

Congratulations on the milestone! What a generous giveaway as well.

I’m not in but wanted to say thank you for the giveaway. Good luck to the guessers.

Thanks for a fun GAW, and for participating here for a decade!
Last edited: Dec 15, 2018

Going to hell, I’ll be back, anyone need anything

Congrats on the 10yrs/4,000 posts and thanks for sharing with us on The Porch! Cool GAW, I'll play along

My apologies eisman..
just as I was tippy tapping The Countess rang me...
Congratulations on a decade of BF and keep on going.
Cheers.
M