Which Benchmade are you carrying today?

Ti and Ctek Bugout today, maybe the mini Bugout if I go for a ride.

Going with my copper and ctek set today. Need to take some new pictures of this one now that the copper has started to patina. 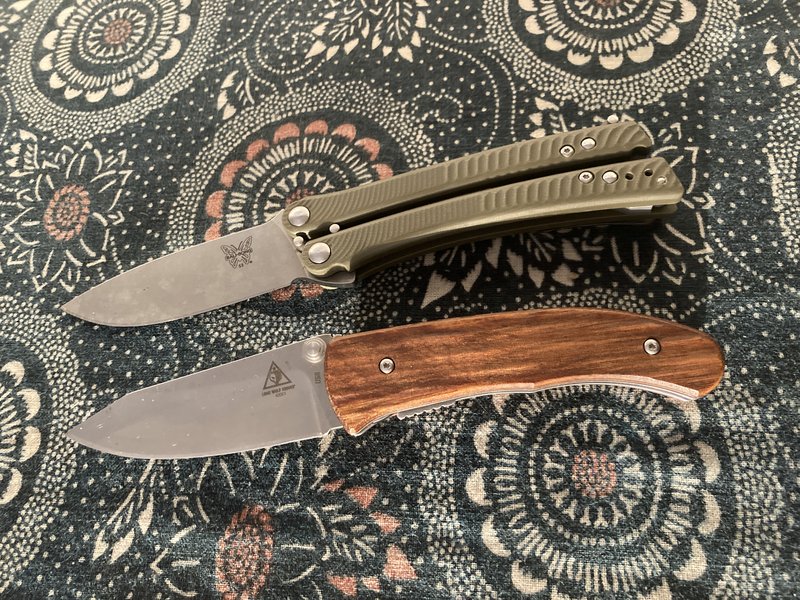 Some good stuff right there. 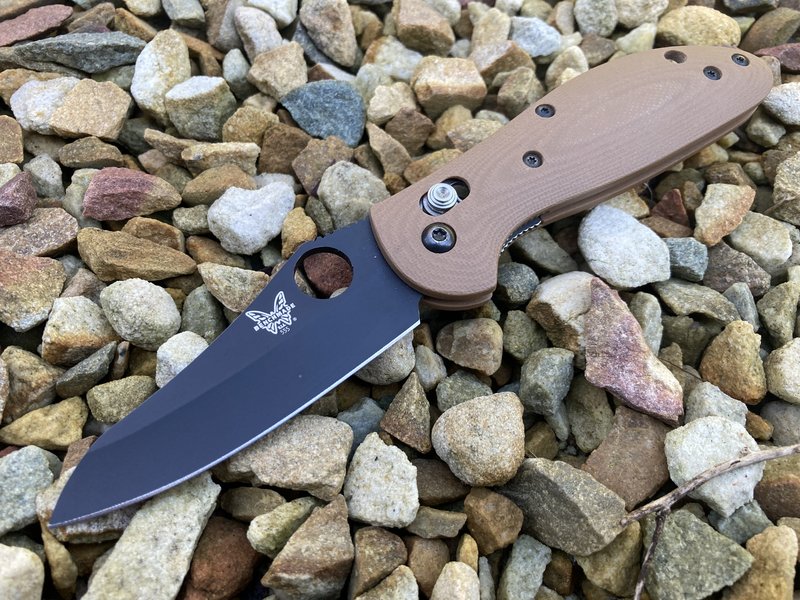 Now that my photos are visible again ...

Bugouts have pretty much dumped my mini Grip collection out of my rotation but I decided to take some old, hardly used, hollow ground goodness out for a spin today (scales by the guy a few posts up circa 2015 ;-))
M 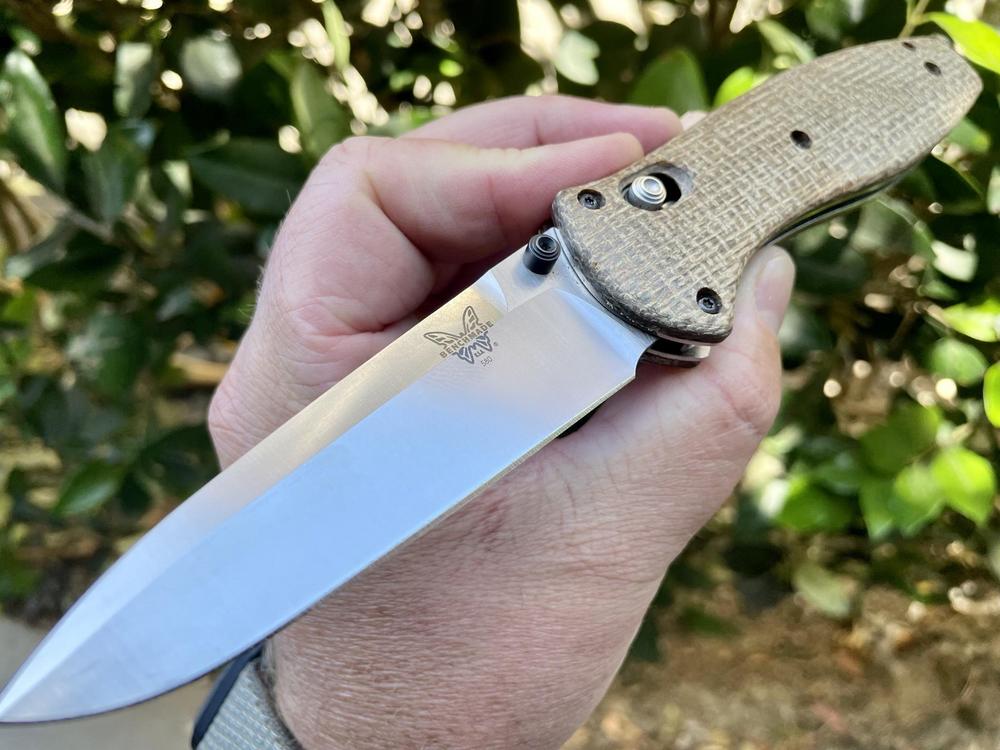 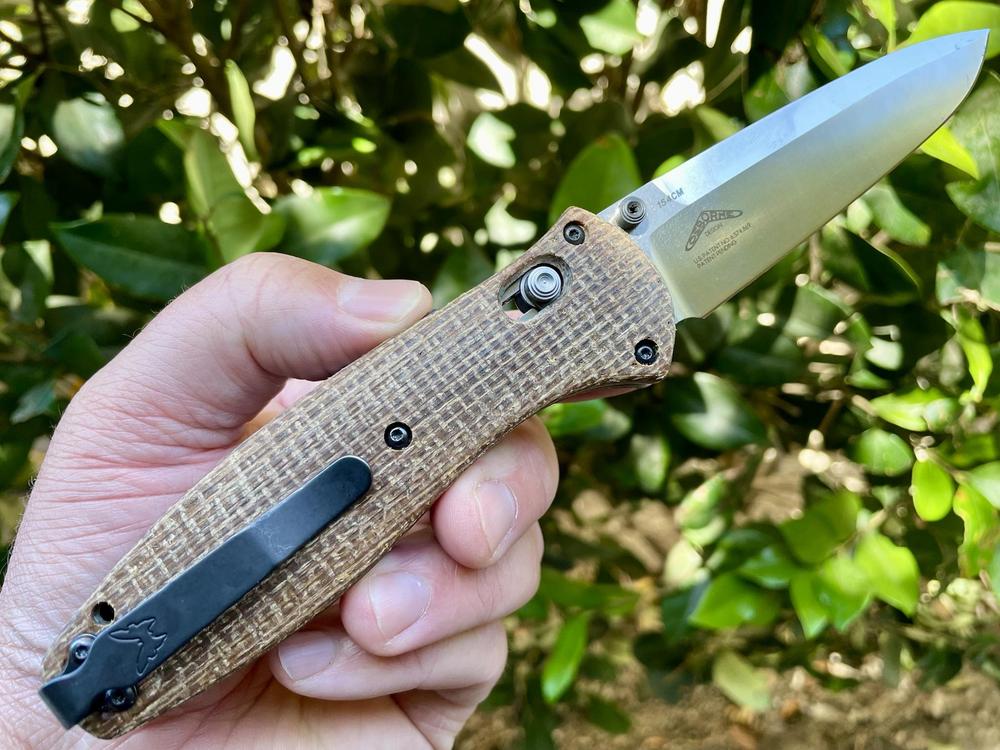 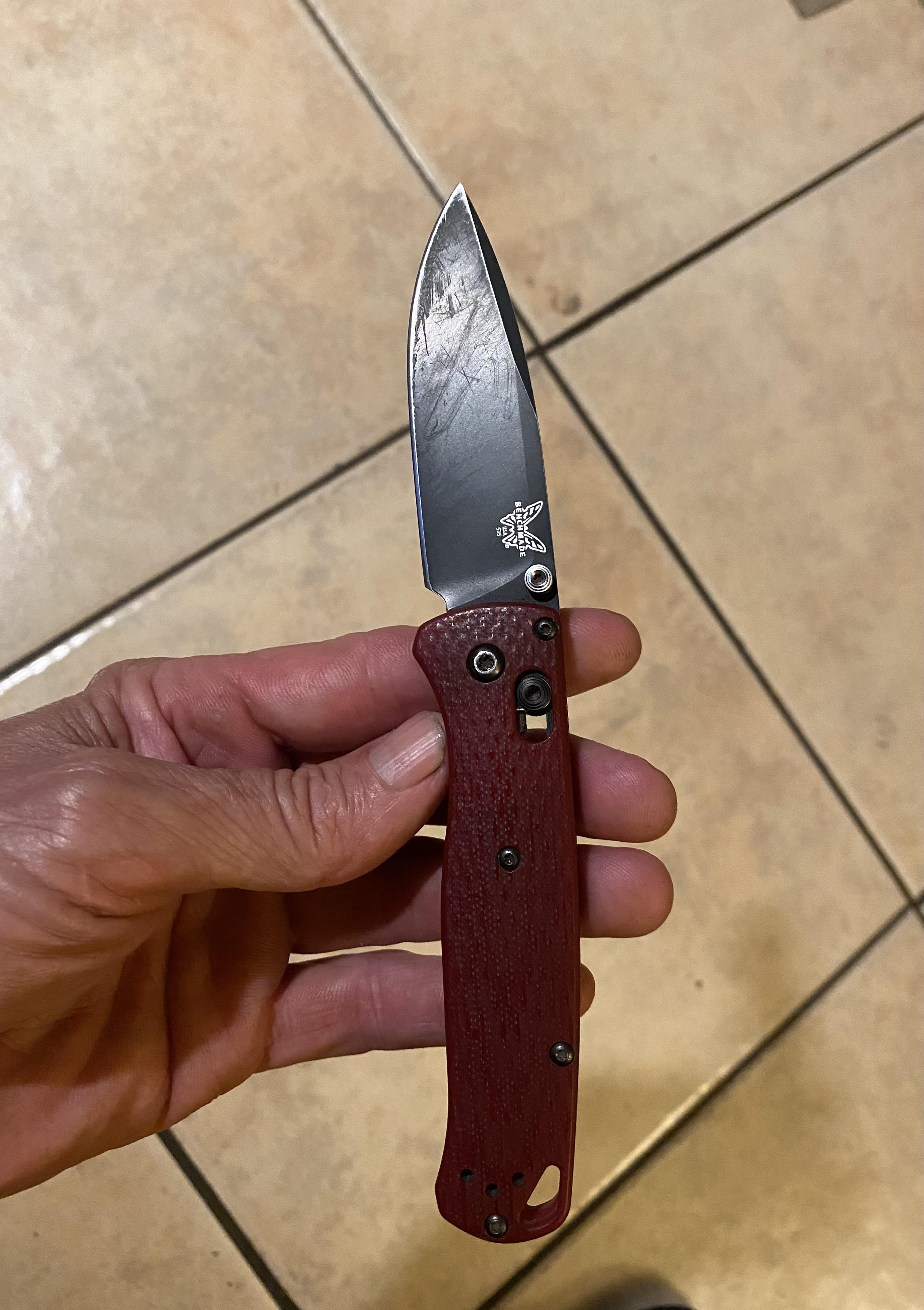 Interesting. Adamas thumbstud on the Hunter. Or.... whatever it's called. For some reason, I can never remember than name of it.... even though it is probably my second-favorite Benchmade of all time.
M

dogboye said:
Interesting. Adamas thumbstud on the Hunter. Or.... whatever it's called. For some reason, I can never remember than name of it.... even though it is probably my second-favorite Benchmade of all time.
Click to expand...

i found that the rift studs would wave the knife open when i pulled it out of my pocket, was happy when i discovered that the thread pattern is the same as it is for bm’s standard stud. unfortunately the adamas thumbstud uses a different screw pattern, otherwise i would have split that set between two knives as well. i never noticed before, but looking a my picture it appears that the rift stud is slightly longer than the adamas one, which makes sense as i’ve never had a problem with the crooked river catching & opening on my pocket like i have with the others
M