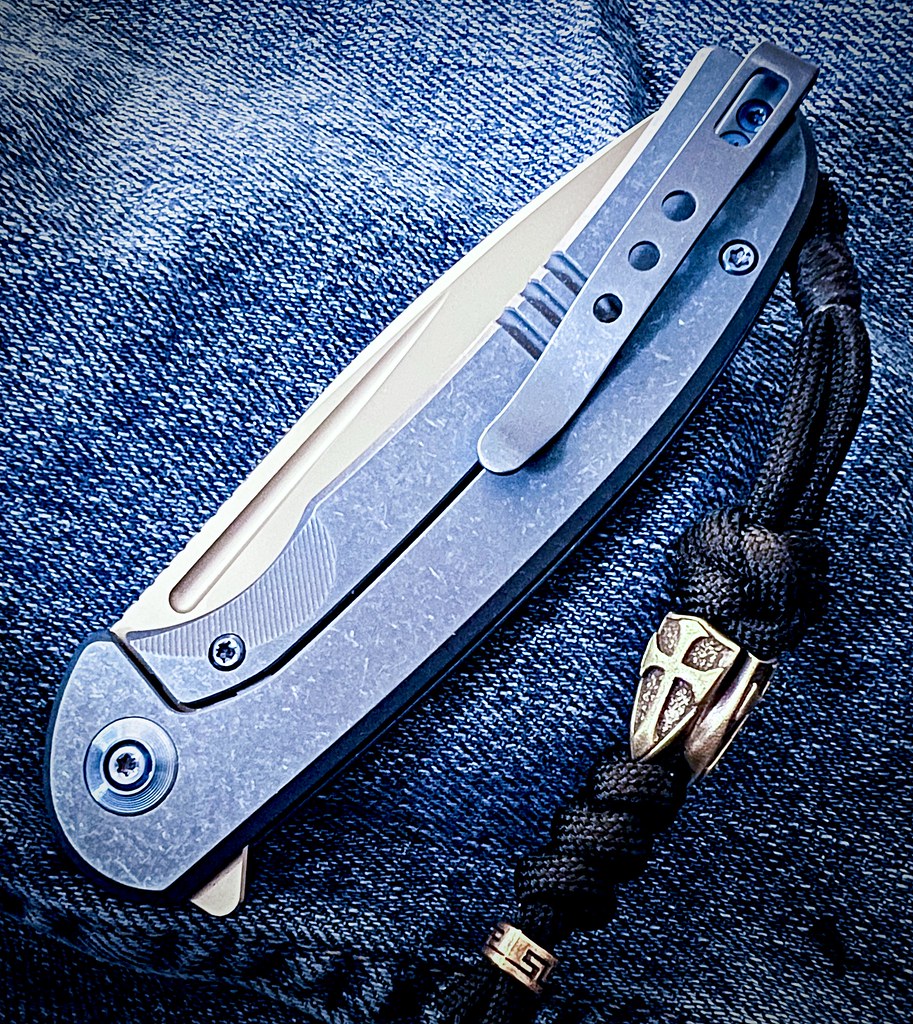 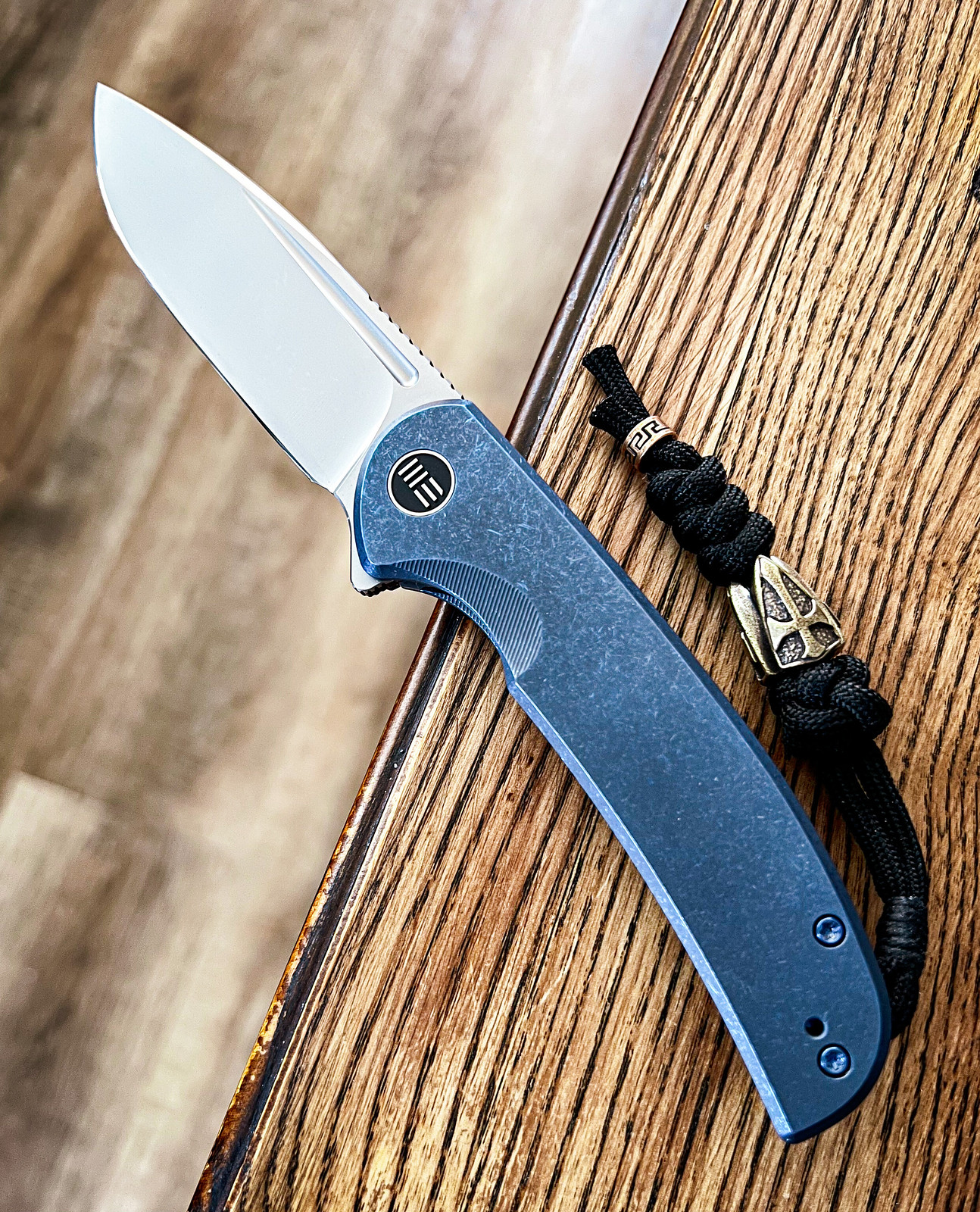 This will be today and tomorrow's carry:

Absolutely! Its a fantastic knife n now looks the part....

Good Lord man, you have the prettiest knives!

After a couple days under the weather I'm back playing catch up and enjoying the day off. This thread sure moves fast! 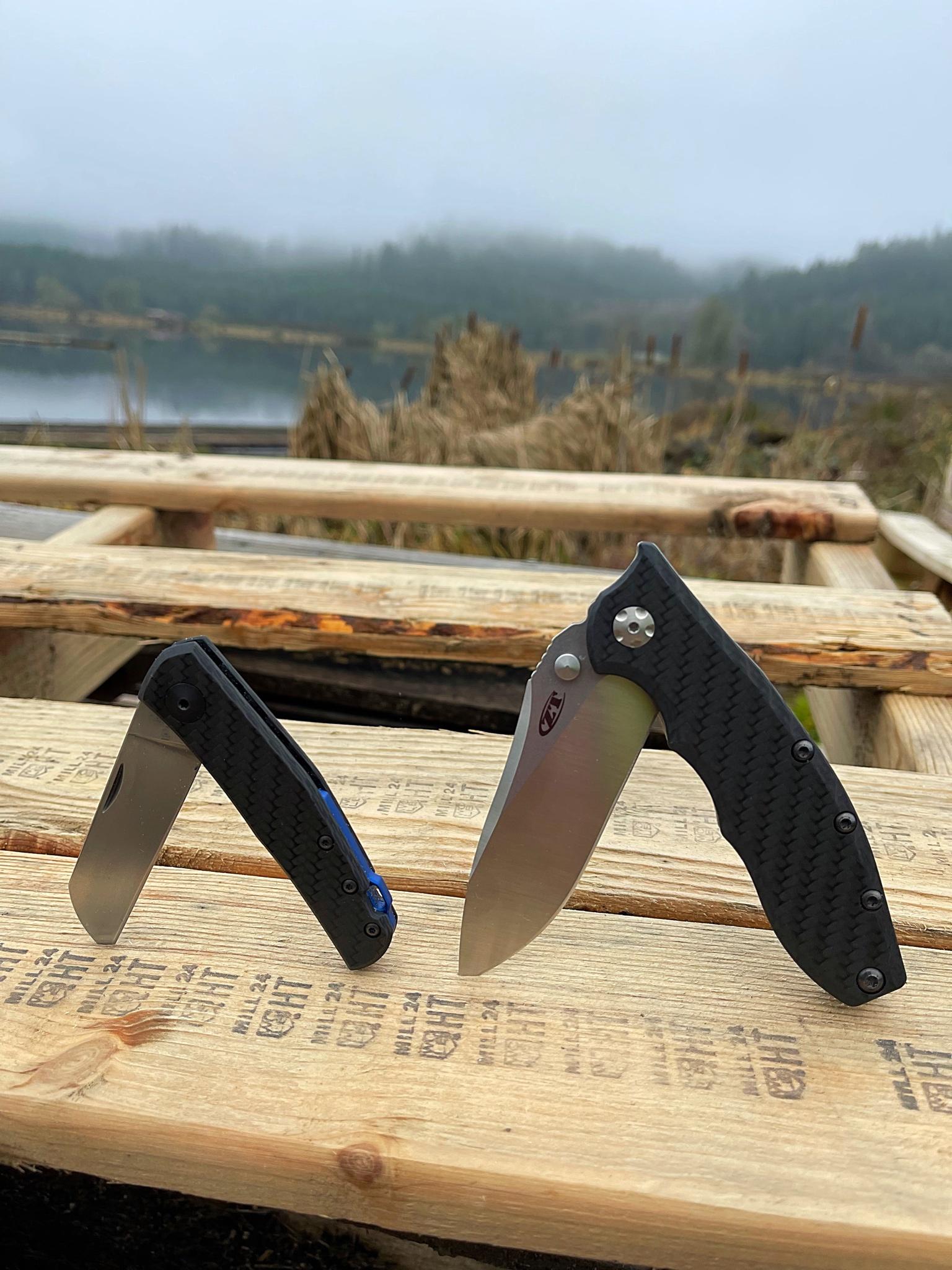 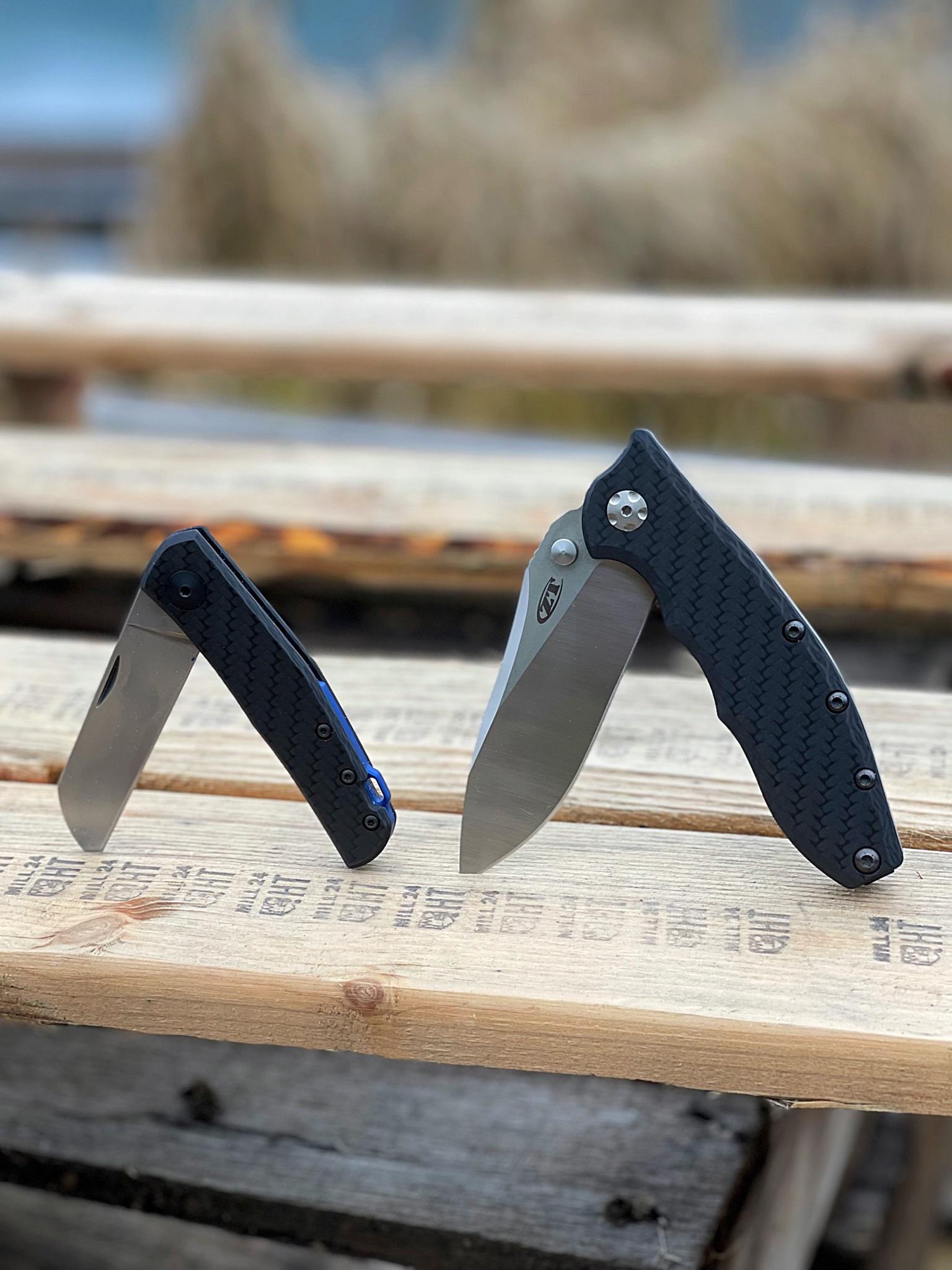 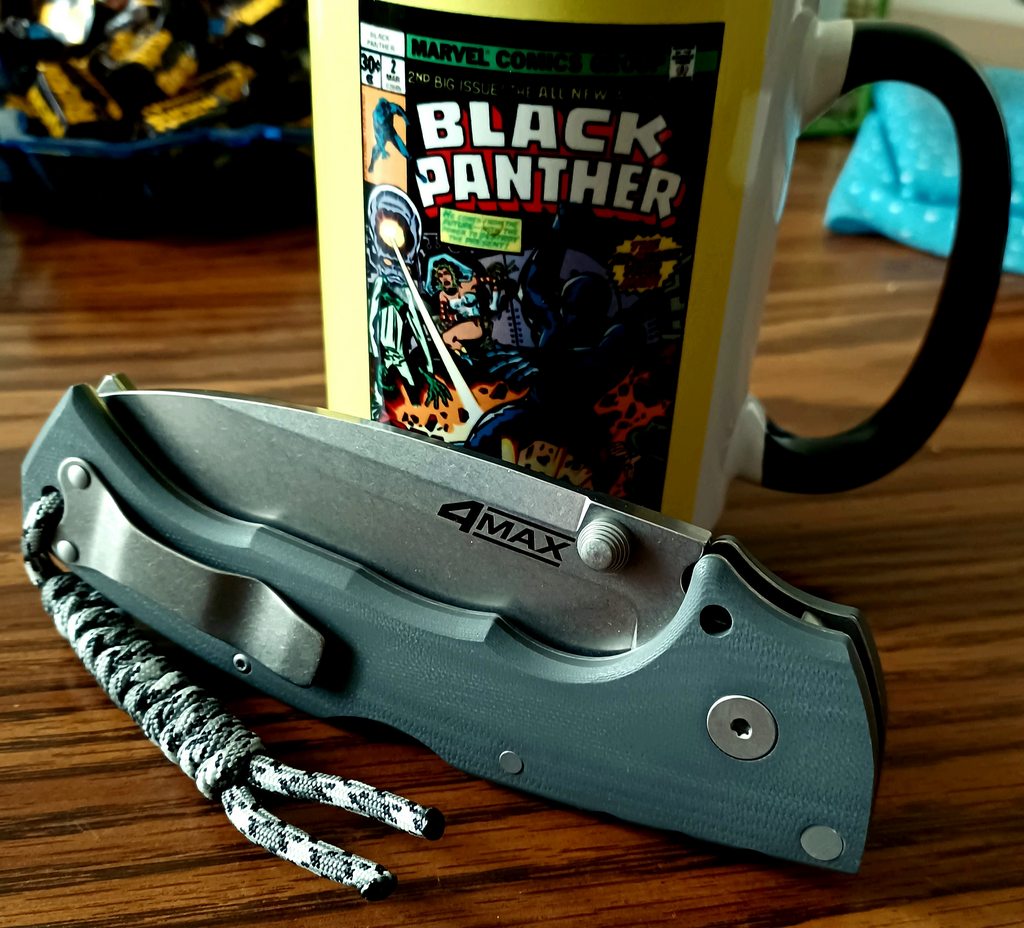 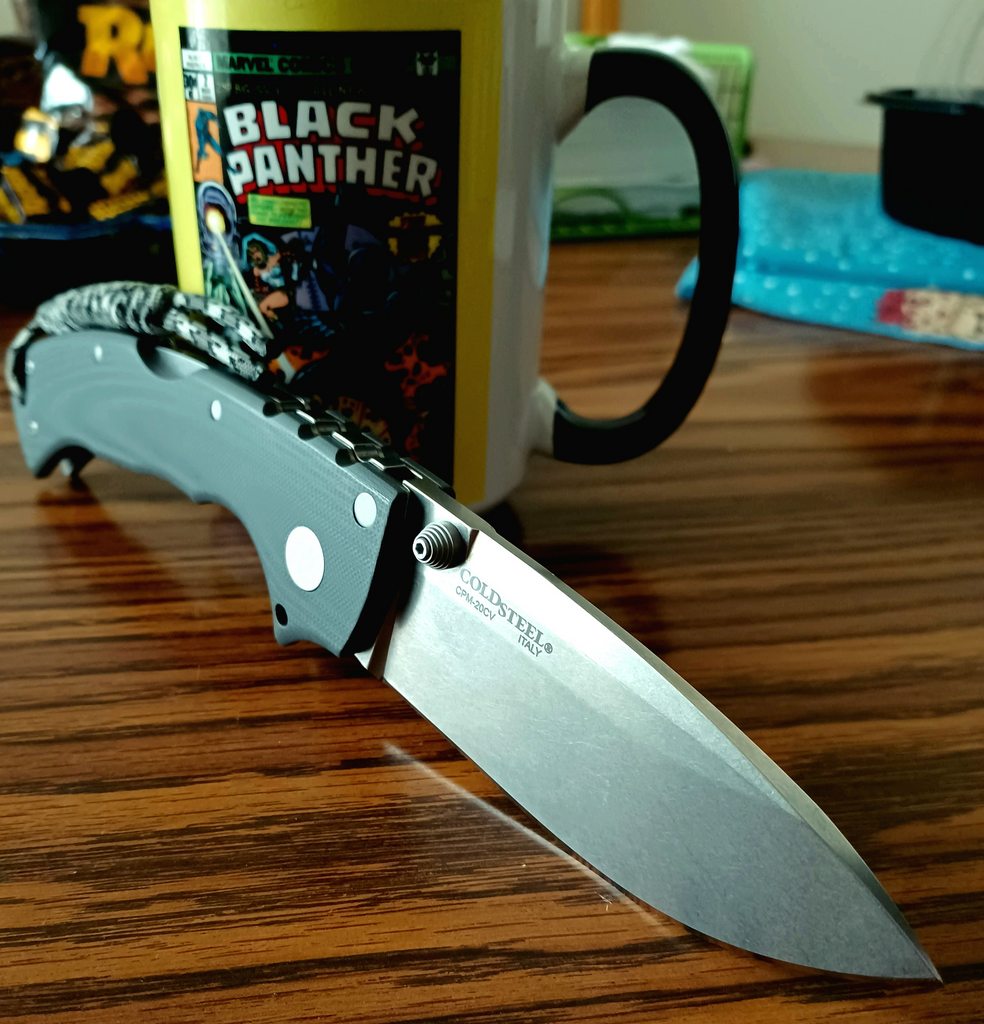 Cool blade. What is it ? 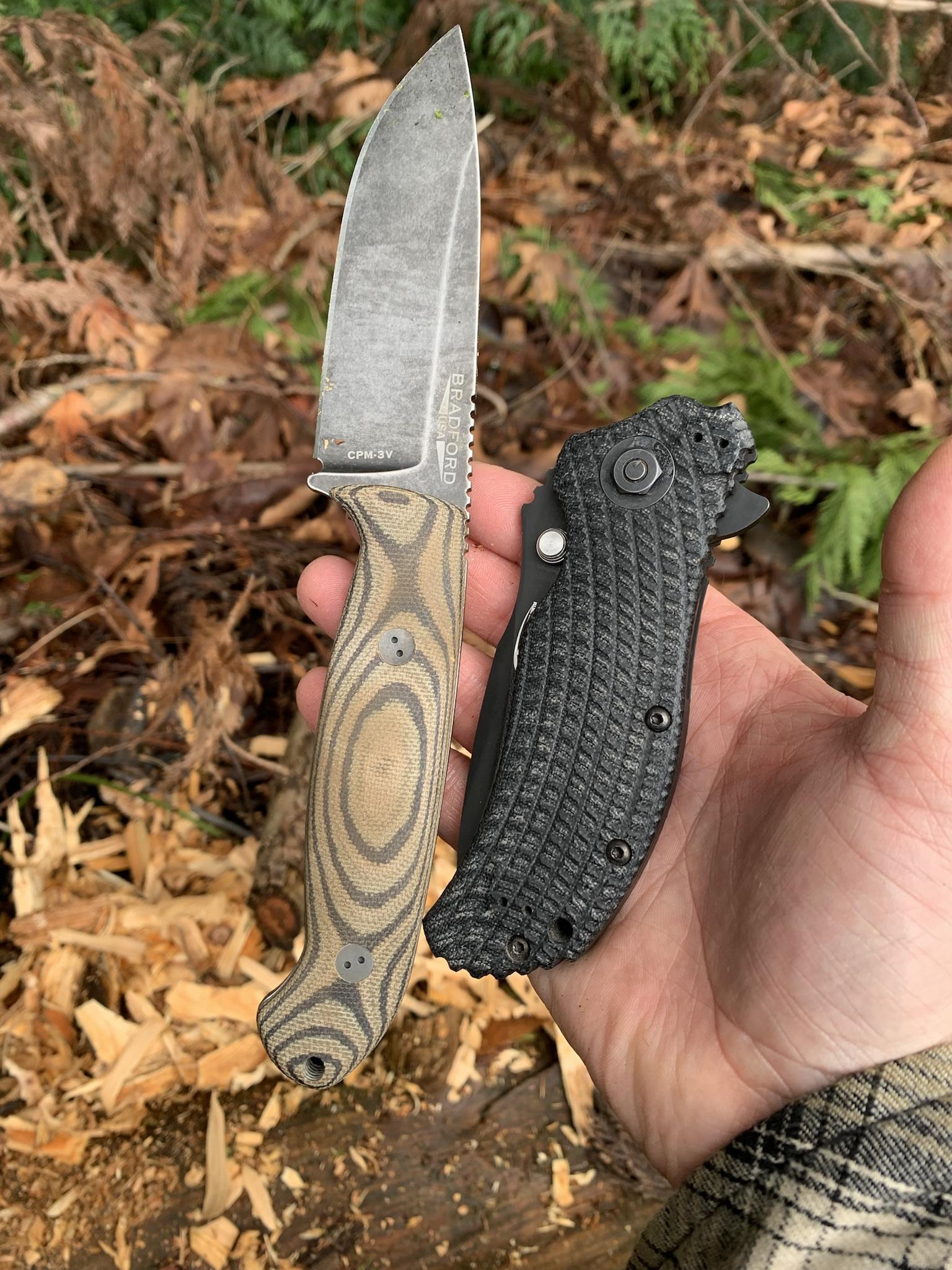 I pulled an afternoon switcheroo as I eschewed hitting the gym for cardio after doing my now-occasional knee rehab exercises and tackled some chores around the yard instead as the morning storm blew north and out to sea, helping my wife a little as she set a beam step under the rose arbor, dealing with the recycling and trash, and splitting several bolts of oak that should have been dealt with long ago. As I'm still keeping my large 31 kinda pretty, I swapped it out for a favorite work knife with the large black inlayed 21 Insingo to maintain my earlier Micarta Monday vibe.

This began as a CRK day while responding to

Sharp & Fiery and me about "long 6" on the speed square. Another thought I had was that if that reference indeed concerned scribing a 6/12 pitch, using the square's common rafter scale would yield a longer mark than the hip/valley scale's shorter plumb cut line. 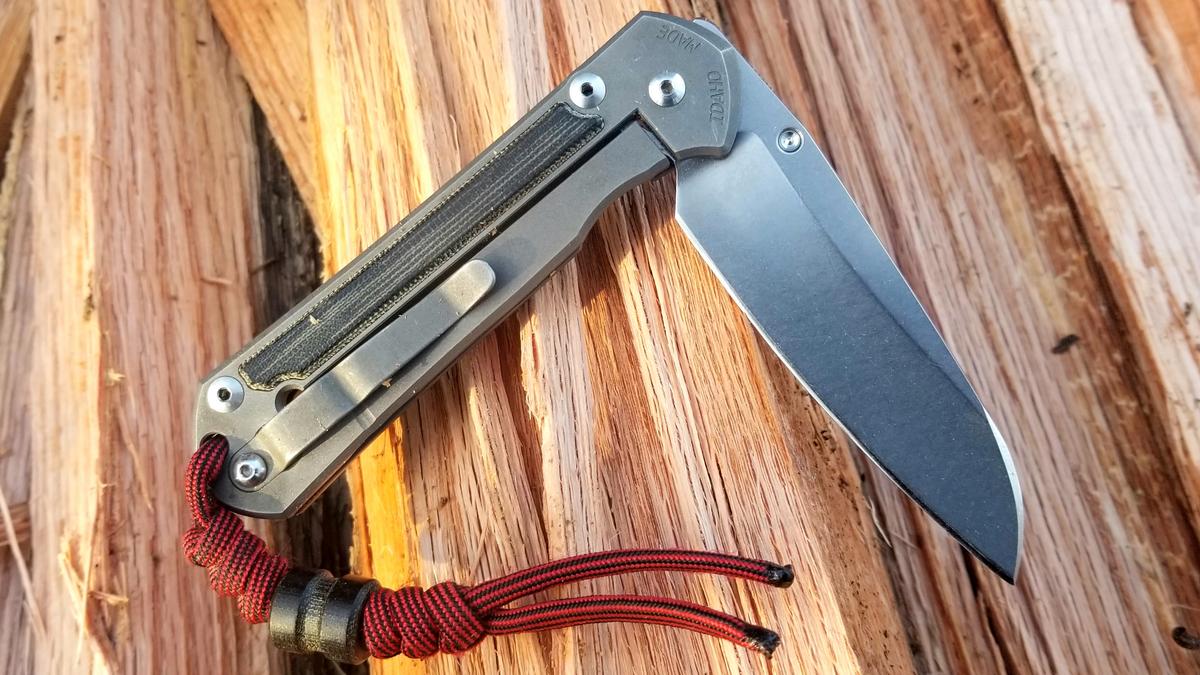 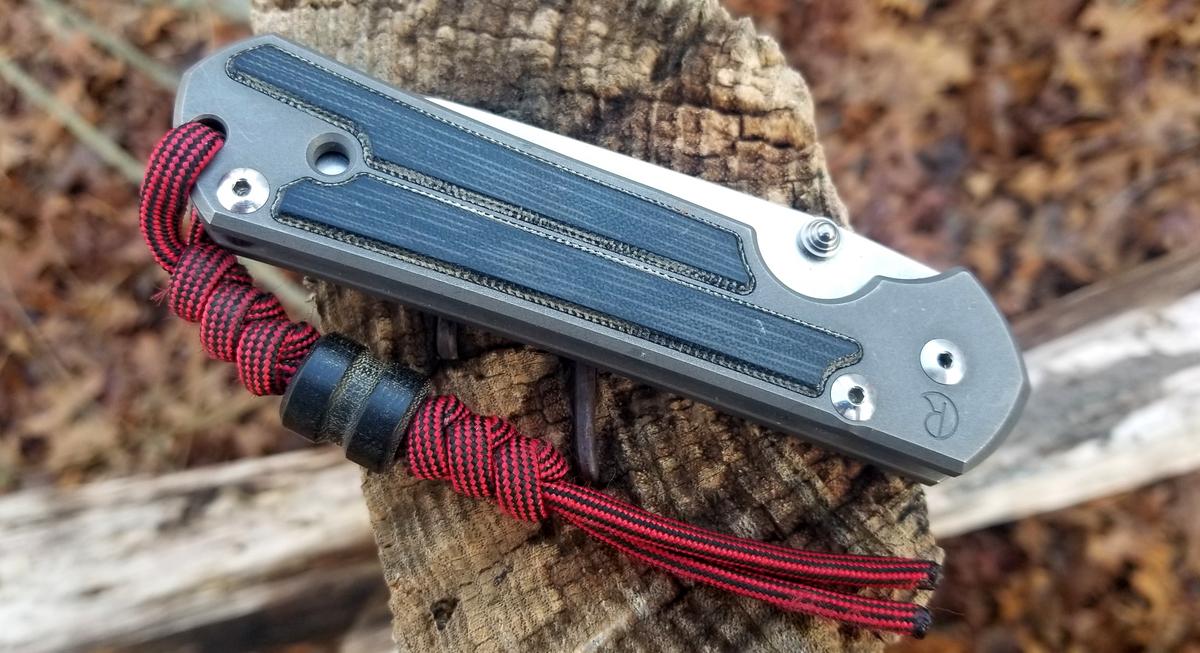 Red Oak sure makes for stringy, random machine splitting, at one point this afternoon yielding this stubby, clapboard like piece in a single pass from the center of a large half-bolt. 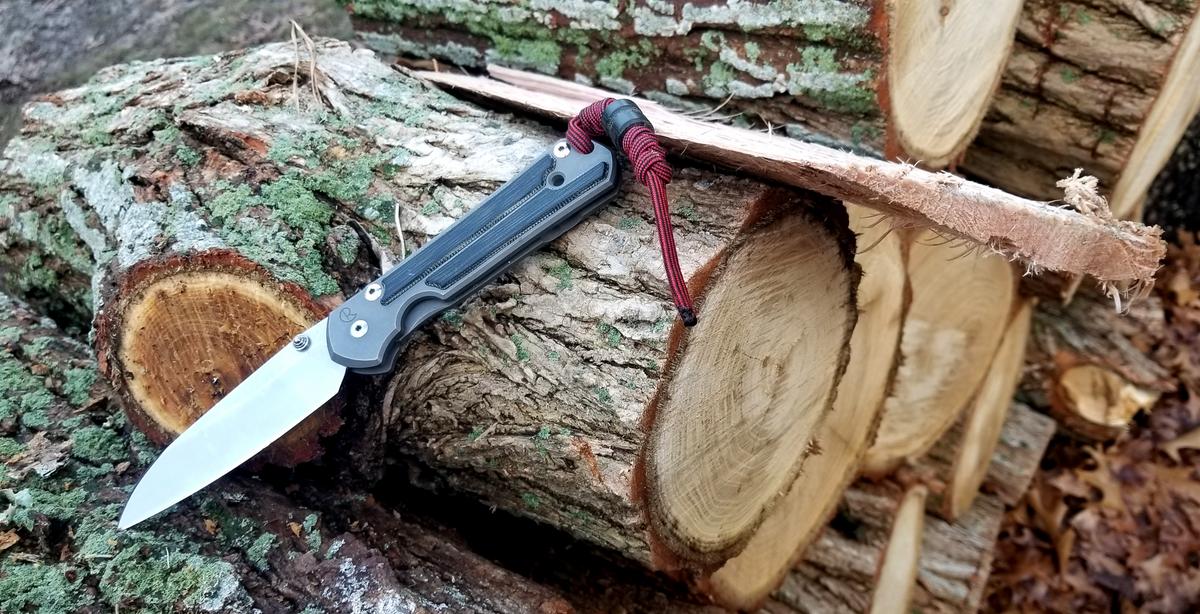 I still haven't gotten to that pile of locust above which came too late last fall from a blown-down tree in my son's yard. That'll be the start of next year's supply, though some of the other catch-up I'm doing now will end up stacked underneath that too.
You must log in or register to reply here.
Share:
Facebook Twitter Reddit Pinterest Tumblr WhatsApp Email Share Link
Top
Change Ad Consent Do not sell my data