Will Power said:
Frankly, don't see the point in a SAK or Mora, no real personality or ID as a Forum Knife it would just have an engraving on it, poor.

But nothing wrong with a budget type knife, why not ask Bear to make a single blade of some sort, wood or micarta? Could be OK?

I'd like a small fixed, a Bird & Trout type from Buck or what @CelloDan showed, a Grohmann

Last year's knife, made in the face of great adversity, is a big favourite of mine: superbly finished, peerless cutter, looks wonderful and is made for the hand, rather than hand-made So an Italian knife from say Fox would be really worthwhile, all hinges on @knifeswapper being able and once again willing to marshall it- and we should not keep on expecting that.
Click to expand...

Sorry no offence but a Bear and sons is just not quite there, it's at the Frost cutlery side of the dividing line. I agree a SAK or Mora is not terribly exciting but you know you will get a quality sharp knife that does its job well. I would really really love a GEC but want to also support decent alternatives that others suggest.

Thought I’d have to beef up my post count, looks like that’s covered. Been trying to figure out the forum knife situation for a minute. I’d be happy if I’m able to participate
M

Very exciting news and looking forward to seeing this one come to life. Most definitely in.

AbelsDad said:
Thanks Harry I made an account a while back but never could get the hang of the forum. Still trying to figure out how to add an avatar lol.
Click to expand...

I’m trying to figure out how to add a profile pic too lol. After I saw the post in the GECC Fb group about a potential new forum knife I realized it’s time to start being active here too, why not haha.

Looks like there's massive approval already....might have to limit these to just one knife per member..

This looks great! I’m looking forward to one of these, I like the idea of the red bone but I like most all of the covers I see.

waynorth said:
News from GEC!! Bill has made us an offer!! I think it also previews a knife he will make later in the year! Tell me what you think!! View attachment 1541829
Click to expand...

Bump to page 40.
Charlie, how locked in is Bill to the blade type? An antique styled spear would be great.

waynorth said:
This single bladed knife will keep us in the realm of affordability!
Click to expand...

In the realm of affordability....

Amir Fleschwund said:
An antique styled spear would be great.
Click to expand...

I’m a fan of the 86’s but not with a straight edge so I like this current idea a lot. Especially with the fancy bolster.

Amir Fleschwund said:
An antique styled spear would be great.
Click to expand...

Agreed! A spear of any type would really set this off. Not that a clip wouldn’t be great, but I feel like the forum knife should stand alone and with all the clip 86’s already out there, why not seize the opportunity?

This is great news, and look at that bolster! I’m definitely in.
Many thanks to @waynorth, & @gunstockjack for putting in all this work.

Here’s to hoping this comes to fruition! My other 86s need a new companion 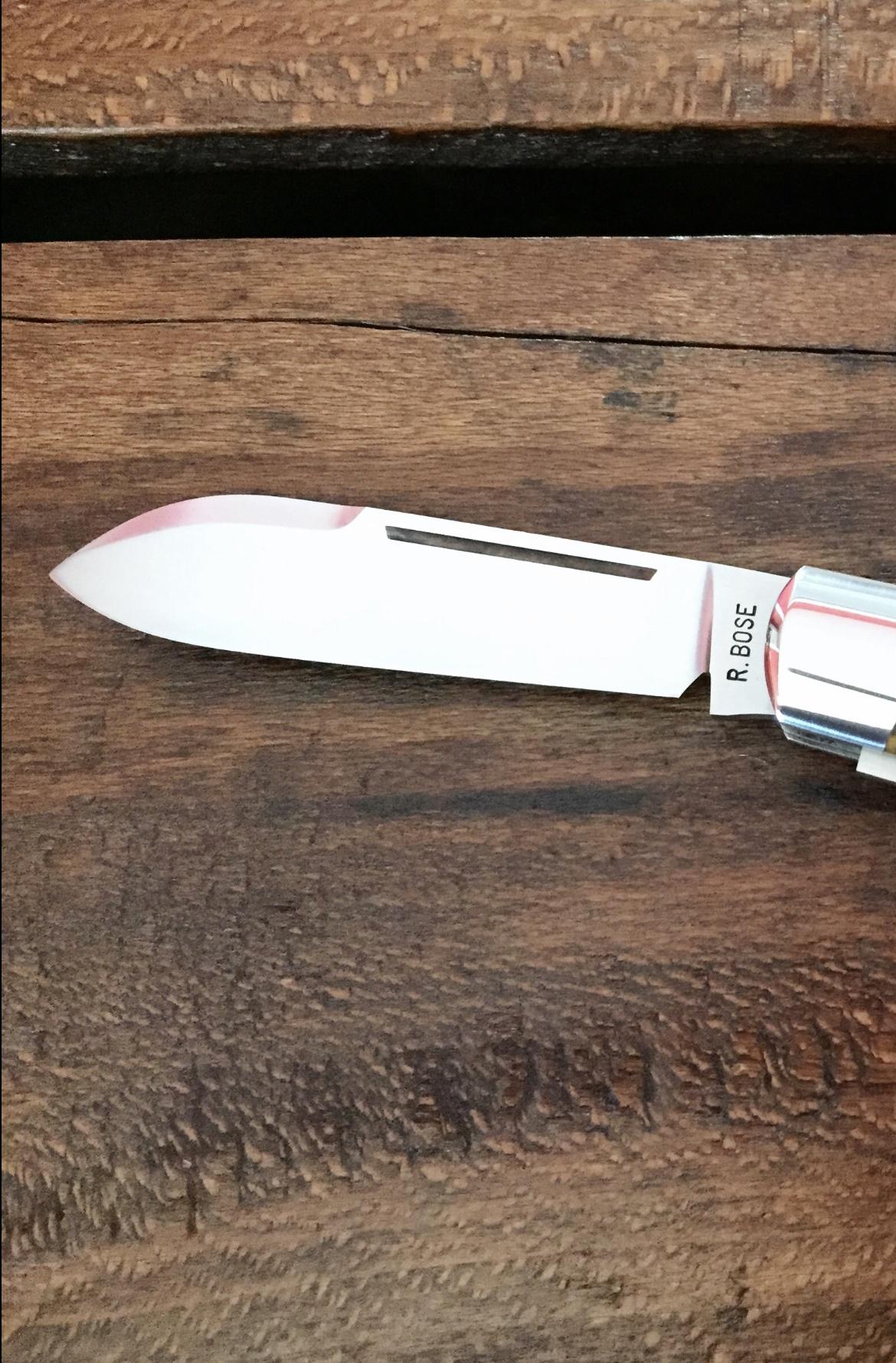 I vote for whatever Charlie, @waynorth likes on a bolster stamp!

waynorth said:
That's a BIG Barlow!
Moved to this page so everyone sees it! View attachment 1541839
Click to expand...

That is awesome! Thank you Charlie! You are the man!

Count me in for 2 if that is permissible

I'm in for 2. Thank you Bill, Charlie and Barry!
R

Sweet design! Can't wait to see how it turns out. I'd definitely be in for one.

Sacto said:
That looks awesome! I really like the bolsters and saw-cut bone would be sweet. I’m not really into standard clip blades like that, but I don’t have any so I don’t really know. Maybe once I get it in hand I’ll find out I like them. I’m willing to give it a try for sure. Thanks to Charlie and Barry for taking this on.

That profile clip blade makes about as good a cutter as any blade out there. You get a very pointy tip for fine tasks, the belly is positioned naturally to melt into whatever you want to slice. It really is effective.


blanco112 said:
I'm definitely in for a couple. An 86 clip point barlow will be a great pattern. A little surprised he's revisiting the pattern so soon but I can't complain!
Click to expand...

GEC used to run the same pattern twice in a year sometimes in earlier years! Different production numbers and goals than what they have right now, but still. Looking at their history, it isn't too strange. Especially when the runs were very popular and the knives were very good, they'd run more of them.