Waved Paramilitary 2: The knife I didn't realize I've been waiting for

So this knife showed up on social media somewhere and I was immediately brought back to the days when I would carry a waved Endura or Delica. As ugly as they were, I loved those knives as bottle openers, and it's generally pretty nice when a wave opener is an option. The Waved Endura and Delica were my dedicated knives for things like working out, or going to BBQs and house parties where I'd be opening a bunch of beers and maybe some boxes to help set up.

The problem I kept running into was that lint kept getting into the lock area and preventing the knives from locking open. Then there were the times when I waved them open too hard and the back locks didn't engage in time and I'd end up with a partially opened knife yet again. It happened over and over until I ended up getting rid of them. I remember thinking that I wished they just had a better lock system, like the compression lock.

So I find out about this exclusive run and even though I hadn't planned on buying a new knife anytime soon, I had to pull the trigger on this one. Now I do understand if this just doesn't do it for you. It's not the prettiest knife in the drawer. But is there anyone else out there who this design was basically meant for like me? Who's getting one?

Wow, that is very cool. I might have to pick one up before I snag a blackout Yojimbo 2.
M

I'd buy that, looks great.

I'm intrigued by the sabre grind and the ability to carry tip down, neutralizing the wave feature. I know I'm one of the few that prefers tip down in my right back pocket because I clip my truck key in my right front pocket, flashlight in my left front pocket and spare magazine in my left rear pocket. 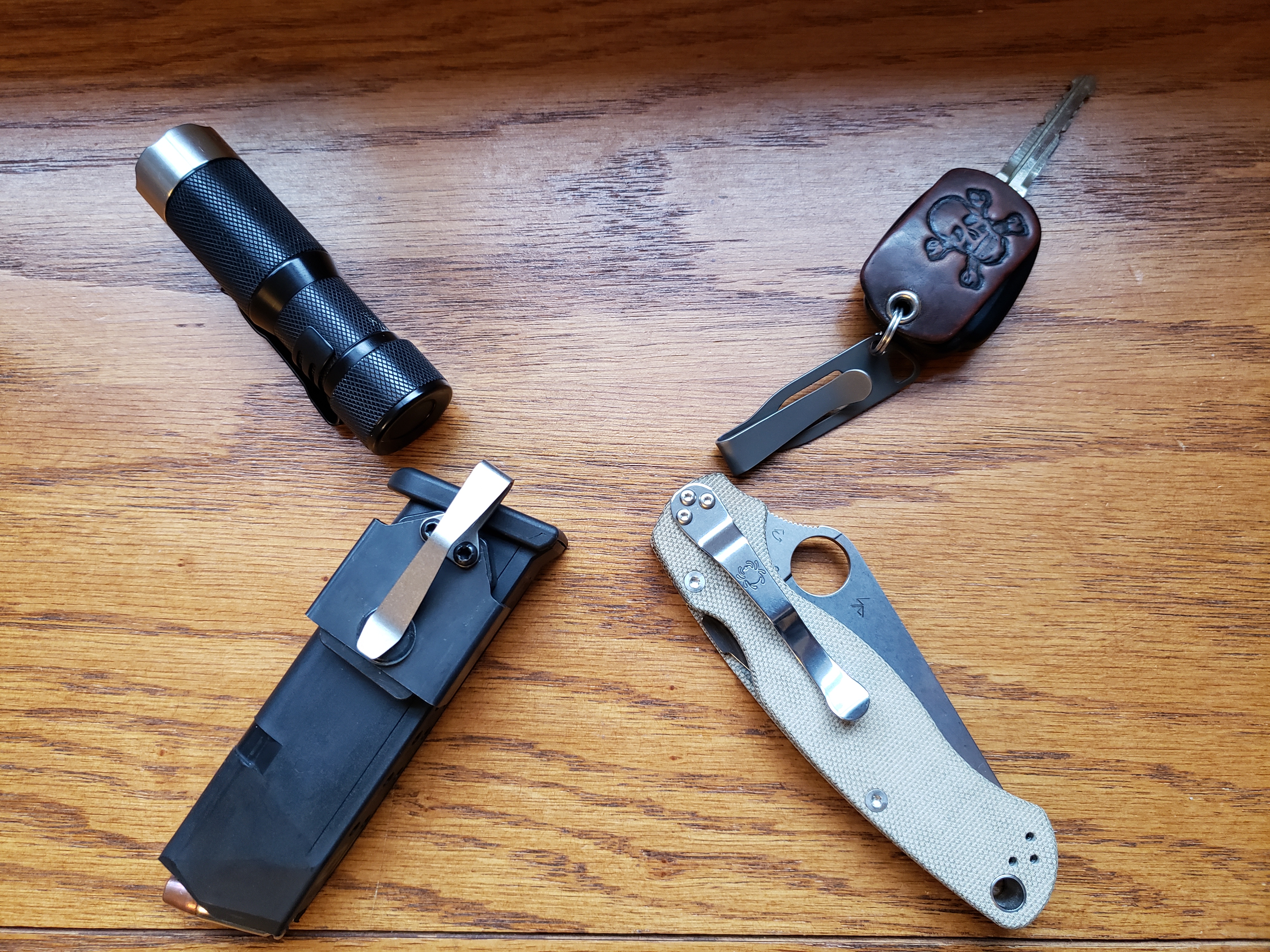 I just can’t warm up to that Spydie!

Wave belongs on an Emerson.

Soulrack223 doesn’t sitting on that Glock mag all day hurt your back/hip?

It's on the side of my glute not down under my ischium.

Interesting and unexpected. The issues for me are 1. I don't really need another PM2 (even if it can be used as a bottle opener) and 2. s30V steel. I will probably pass on it, especially since there are lots of ways to improvise a cap lifter on the rare occasion that I need one. I certainly don't need the Wave for self-defense anything. Still, it's a cool knife.
D

I do prefer the shape of the Spyderco wave to the Emerson style.

Am I correct this waved PM2 will have a thicker behind-the-edge blade than the regular PM2?

sharp_edge said:
Am I correct this waved PM2 will have a thicker behind-the-edge blade than the regular PM2?
Click to expand...

Being a saber grind and having the same height on the blade, I would imagine it would have to be thicker behind the edge.

Yeah I’m not using that as a bottle opener

Where are they being sold?
P

Pelagicfun said:
Where are they being sold?
Click to expand...

These are a bladeops exclusive
N

If you already have a pm2 and need a wave feature w/o zip tie diy, i recommend the wisemen co "Fang". Vs spending on an entire new knife. Unless you love the emerson.

I wish we could get a waved PM2 with something other than saber grind. I think Sal had said it wasn't possible to do a FFG on a Delica or Endura, but you have more blade height on a PM2. I may grab it anyway, as while S30V is no longer the new hotness, it and the compression lock are still upgrades over the other Spyderco waved knives.
R

I ordered one. im Curious if the saber grind is going to leave a bit more steel at the tip.

rpn said:
I ordered one. im Curious if the saber grind is going to leave a bit more steel at the tip.
Click to expand...

From what I have seen in the photos the tip has substantially more steel at the tip that the original grind. I ordered one also and am hoping to pick it up first thing in the morning from their shop, which is several blocks away. Pretty stoked to get this one.

This is copied and pasted from Blade Ops home page:

Wasatch11253 said:
From what I have seen in the photos the tip has substantially more steel at the tip that the original grind. I ordered one also and am hoping to pick it up first thing in the morning from their shop, which is several blocks away. Pretty stoked to get this one.

This is copied and pasted from Blade Ops home page:

When you get yours, do you mind posting a pic of the tip? A thicker tip would make this a must have for me. (yeah, that sounded bad)

They ruined the nice flat grind and then they put a wave on the blade. !!