What are you watching & why? (splain)

"The Chosen"
I've been hearing about it a lot on the radio this year, so I figured I'd check it out. I've been watching a little in my spare time and just finished season 1 along with the Christmas episodes. Honestly, if I hadn't read the gospels umpteen times already, I don't think I would be on the edge of my seat just to see what's next, as I thought it was a bit slow in moving along. Also, if you know nothing of the gospel of Christ, Roman occupation of the region or Jewish/religious culture, you may feel kind of lost trying to grasp for a meaningful plot, even though we know the plot is about Jesus and his disciples, of course. On the other hand, their portrayal of the way some things in scripture may have unfolded was logical and clever and in a way unlocks new meaning to the word of God for the believer without falsely portraying the word of God for all. All considered, it holds my intrest. I know I will be continuing on with watching season 2 next.

Tempt not the Blade

Wife and I binged The Witcher over the last few days. Pretty cool.

1883 as it is the precursor to Yellowstone. Sam Wlliot, Tim McGraw, and Faith Hill starring. It's good.

benchrest308 said:
1883 as it is the precursor to Yellowstone. Sam Wlliot, Tim McGraw, and Faith Hill starring. It's good.
Click to expand...

I'm having a hard time buying into the story on many levels. And the young girl's ceaseless narration is just annoying.

I love good westerns...but this...not so much.

Tempt not the Blade 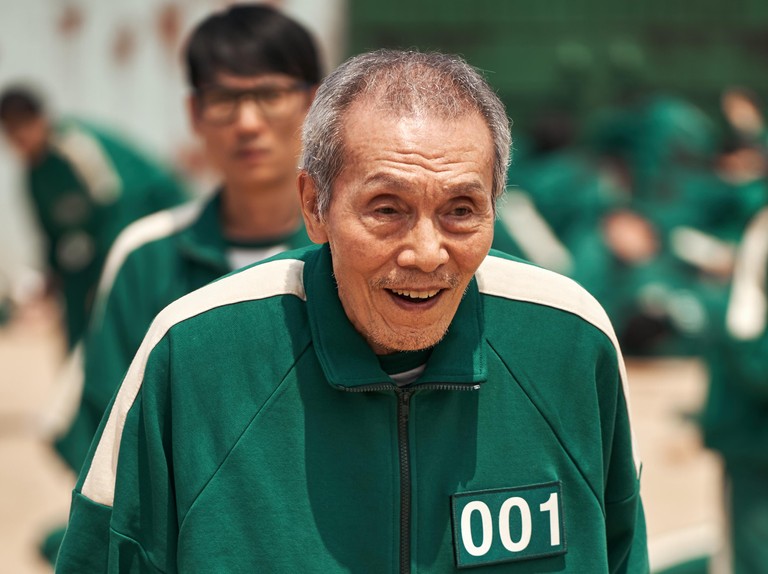 "We were planning "Sea Lion" Game, but Nathan ate the main character."

benchrest308 said:
1883 as it is the precursor to Yellowstone. Sam Wlliot, Tim McGraw, and Faith Hill starring. It's good.
Click to expand...

Same. I’m really liking it so far. Looking forward to seeing where it goes.
D

Disney got me again.

Danke42 said:
Disney got me again.

Finished the Wheel of Time early this week and have caught up on The Witcher. Tend towards sci-fi and fantasy.

Cobra Kai is so awesome

The Amazing Virginian said:
I'm watching "Mayor of Kingstown" on Paramount Plus. Critics apparently hate it. I like it. Three episodes so far and I have enjoyed them all. I can best describe it maybe as "Boardwalk Empire" meets "Oz." It is one of the most graphically violent TV shows I can remember, and if that kind of thing bothers you, you probably best should avoid it. I don't really like all the gore, but it's not a deal breaker for me either.

Why am I watching it? Good writing and good acting. It was created by Taylor Sheridan, who has a good track record AFAIAC, including "Sicario" (also very violent) and "Yellowstone." The lead actor is Jeremy Renner, and I'm a fan. Can't remember anything he's ever been in that I did not like . . . Ok, "Hansel and Gretel" was not great. Still, he has an impressive resume . . . The Hurt Locker, The Town, American Hustle, the Mission Impossible movies, the Avenger movies . . . I even liked his Bourne movie (which apparently, again, put me in the minority).

Supporting actors and actresses are solid if not spectacular . . . with the exception of Hamish Allan-Headley, who is very, very good as a SWAT team officer.

Seven more episodes . . . looking forward to seeing where it goes.
Click to expand...

So The Mayor of Kingstown series is over. In general, I liked it. But the last couple of episodes seemed pretty disjointed to me. A lot of waste. Not at all tight. A little disappointed with the ending . . . if you can even call it that. Not sure if they're planning a second season or not. However, if they do (which I kind of doubt), I would tune in again and hope they get it back on track. Anyway, Jeremy Renner was terrific, as usual.

And speaking of Jeremy Renner . . . I really liked "Hawkeye" on Disney+. Yes, I'm a comic book nerd, and that was why I decided to give this one a try. Hawkeye is not even anywhere close to my favorite character in the MCU. But this series turned out to be my favorite thing that Marvel has ever done for TV so far. My daughter and I watched it together, so maybe that made me enjoy it more than I should have otherwise. Still, I DID enjoy it. And unlike "Mayor of Kingstown" it had a very fine conclusion that wrapped things up nicely. Again, I doubt they will do another season, but I really wish they would, as I enjoyed the hell out of it.

Finally, I'm now watching "The Book of Boba Fett" (also Disney+). Why? Am I a "Star Wars" nerd, too? Am I particularly enamored of the cult-favorite character, Boba Fett? No. But "The Mandalorian" (both seasons) is probably my favorite thing that I have seen on TV in the last several years, and Jon Favreau was behind it creating and writing the stories, and he is also behind The Book of Boba Fett. There are a lot of similarities in style between the two shows - which IMO is a good thing. So far, I do not like it nearly as much as I liked the Mandalorian. But I DO like it. And there are very, very, few TV shows that I like. So unless it jumps the shark, I expect to watch every episode until it's over.
Last edited: Jan 12, 2022

If Sam Elliott talks a lot, you might need to turn down the bass on your sound system.

j/k. I like him. But I felt kind of burned by Yellowstone, which lost me toward the end of the first season when it marched completely away from the Land of Plausible Possibility. And I never turned back. Don't want to start down that trail again, pardner.
D

The Many Saints of Newark.

The Amazing Virginian said:
So The Mayor of Kingstown series is over. In general, I liked it. But the last couple of episodes seemed pretty disjointed to me. A lot of waste. Not at all tight. A little disappointed with the ending . . . if you can even call it that. Not sure if they're planning a second season or not. However, if they do (which I kind of doubt), I would tune in again and hope they get it back on track. Anyway, Jeremy Renner was terrific, as usual.
Click to expand...

Agree. The show, which hooked me at the start, left me waiting for it to be over by the end.

It seems to me they could have done much more with it, but were too lazy or didn't have the writing talent.