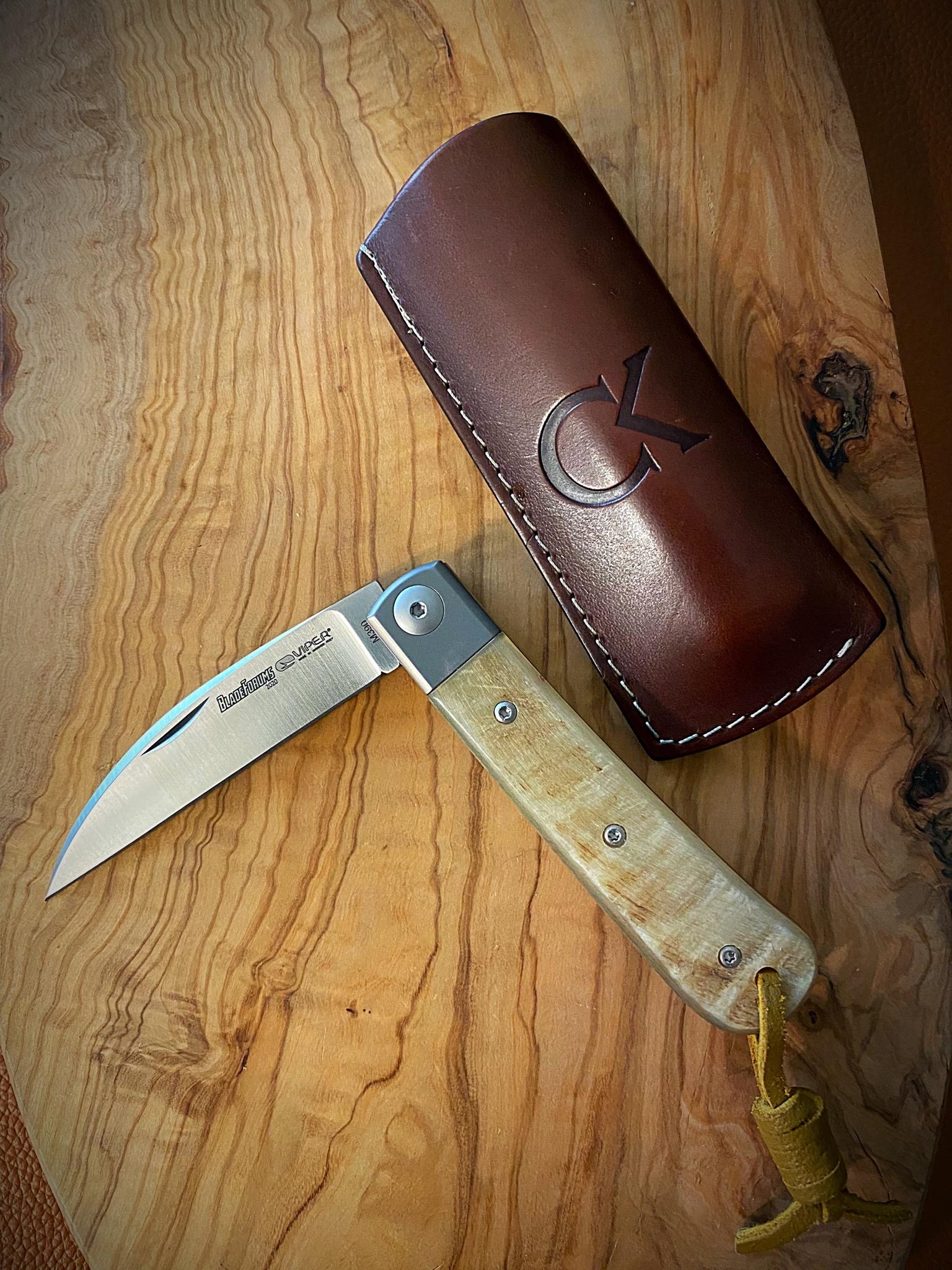 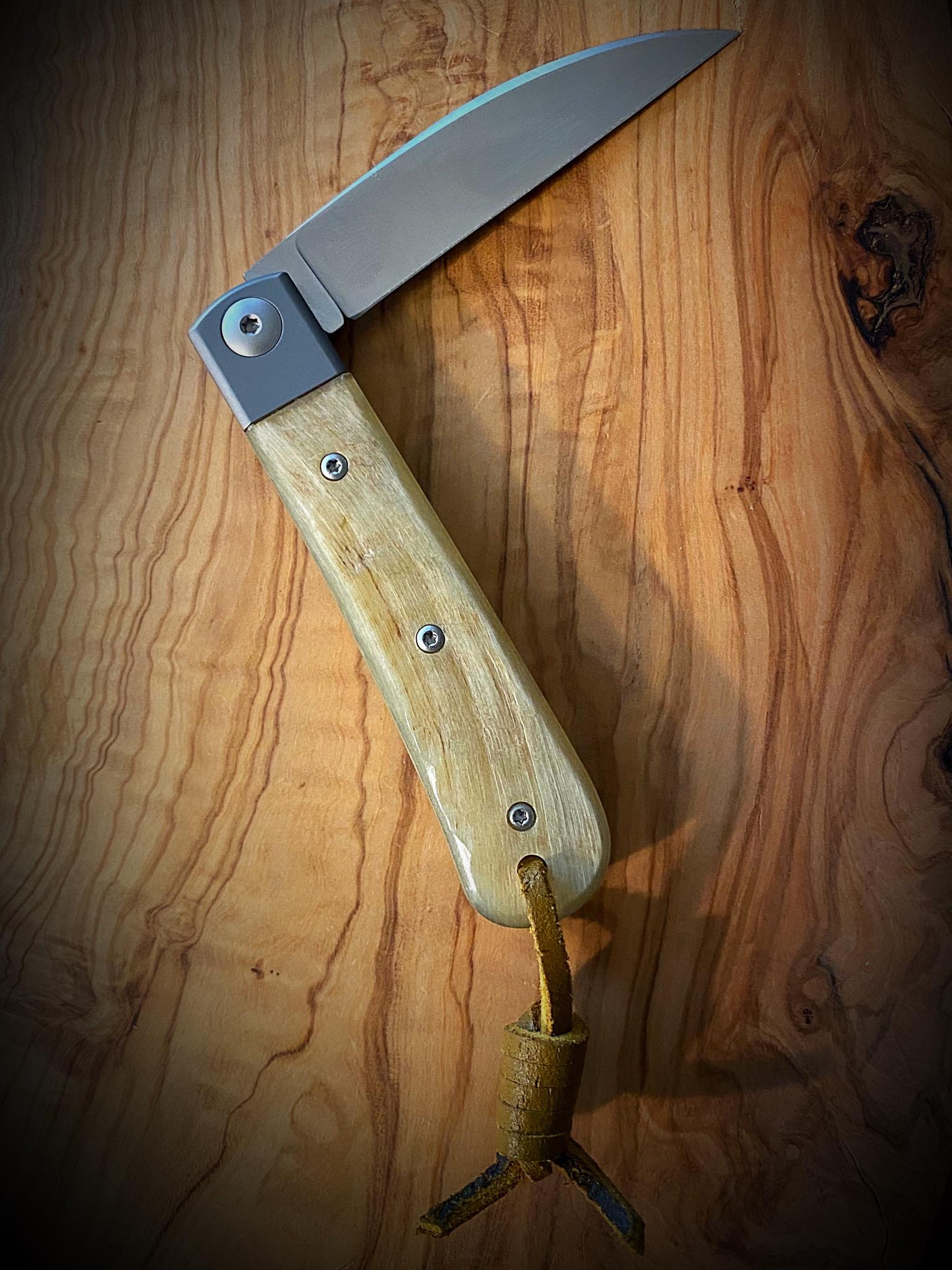 Modoc ED said:
Sitting at my desk in my skivvies
Click to expand...

bigfish64 said:
Sitting in the parking lot waiting on my wife, best place to be when you’re at Walmart.
Click to expand...

I thought I was the only one that did that. 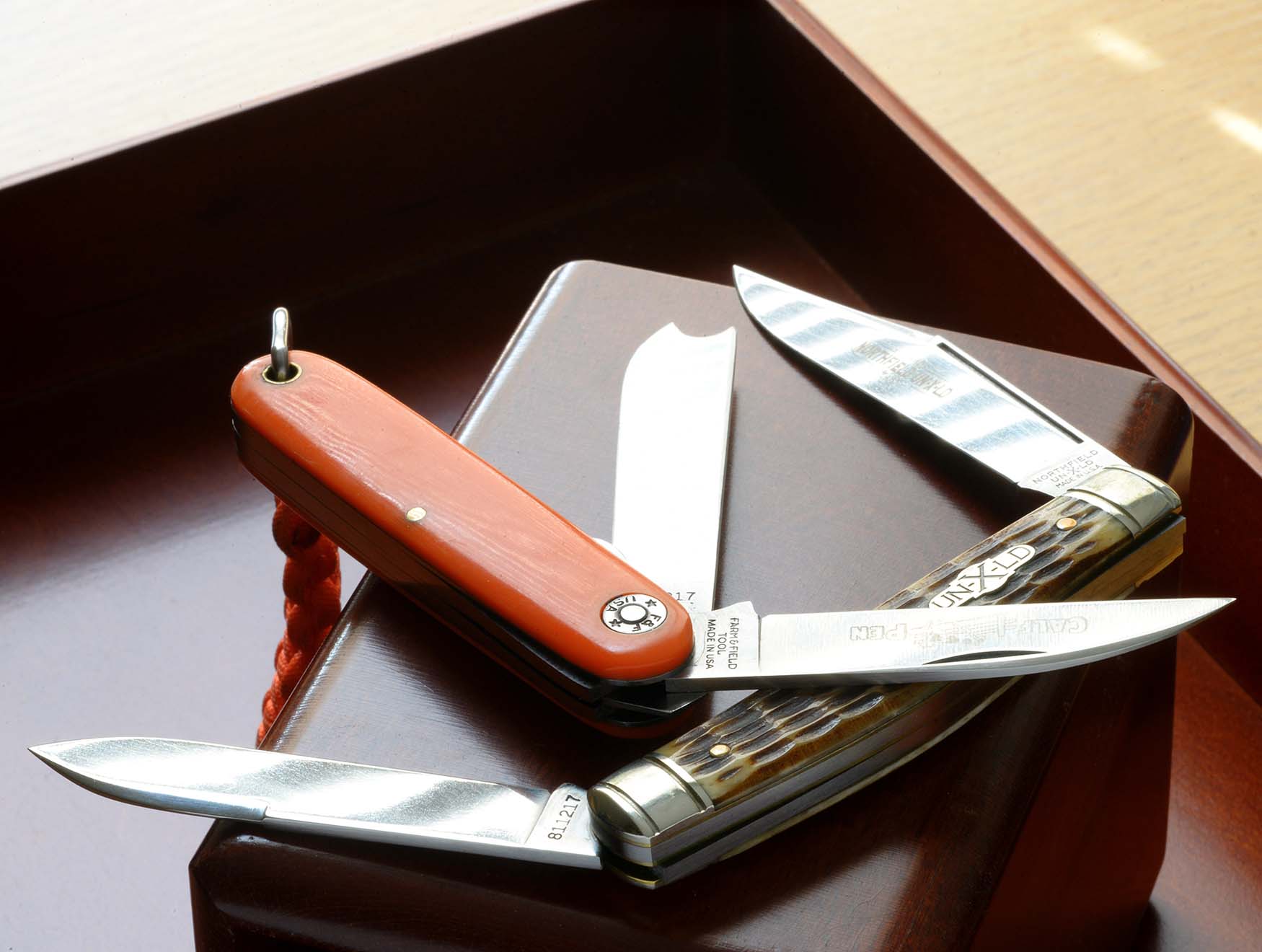 Not sure how this thing keeps finding its way back into my pocket, but it do
Like there's a map and road signs and everything on how to get there
With way stations, restrooms and snacks and such ... and FREE AIR !!!
It's a long strange trip ... enjoy the ride OLD TIMER ~~~ 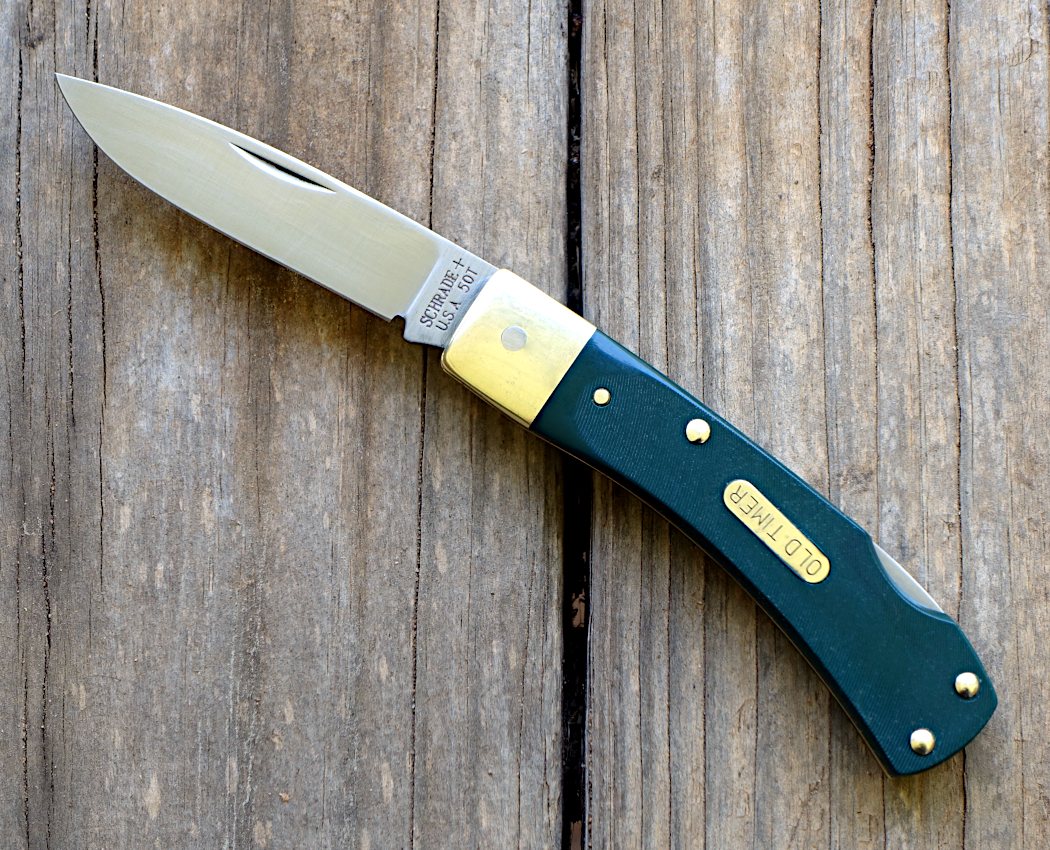 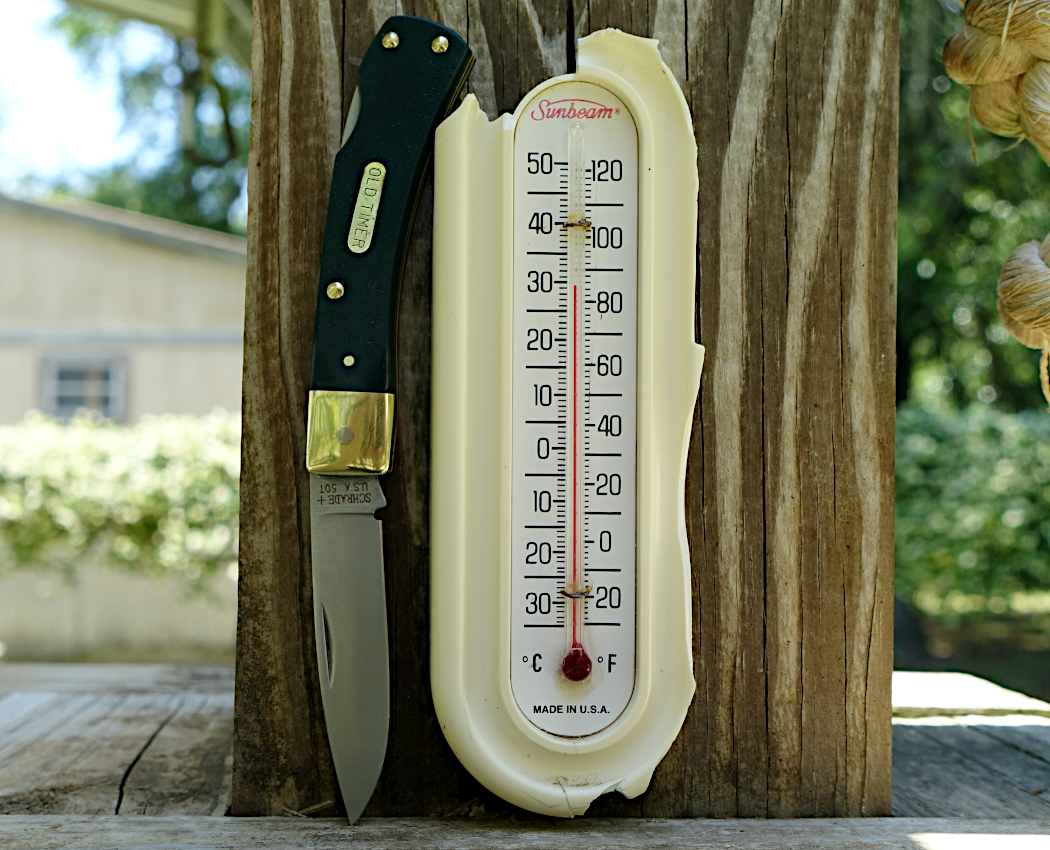 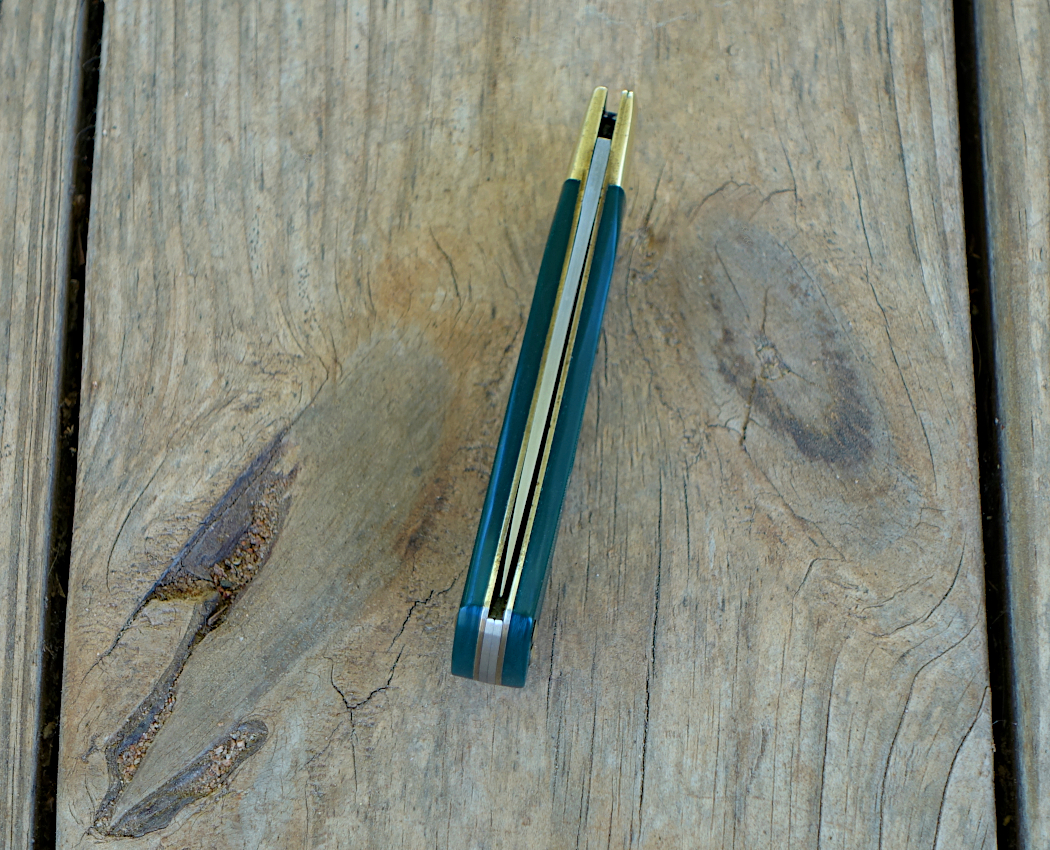 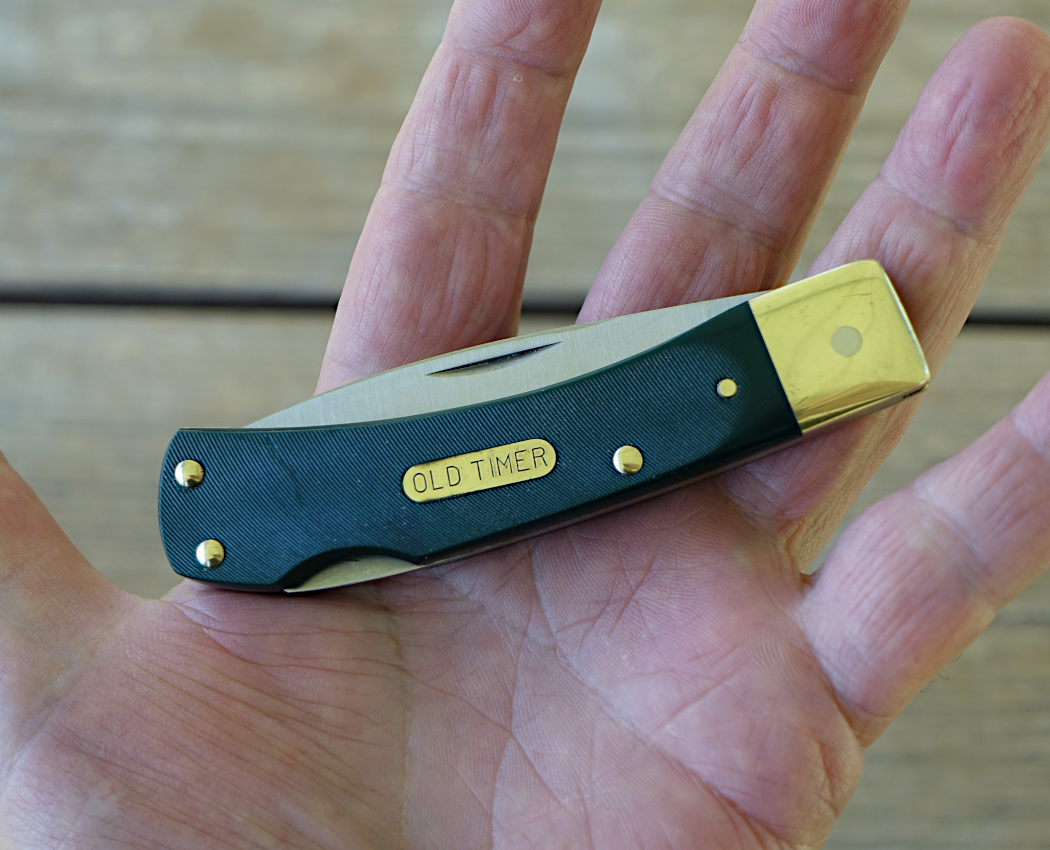 
JJ Cahill said:
Thought I'd take these two Catts out for a spin today. 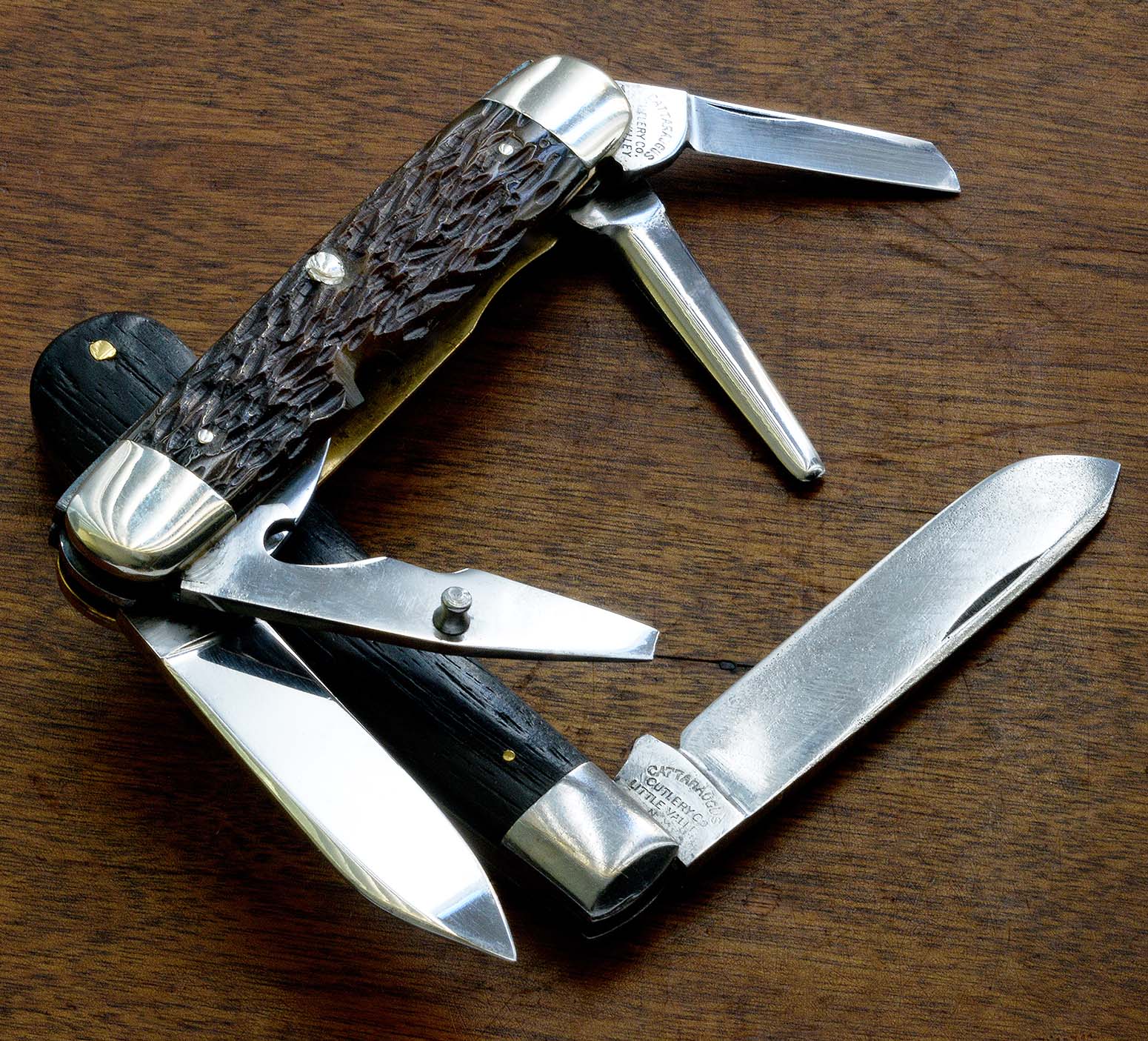 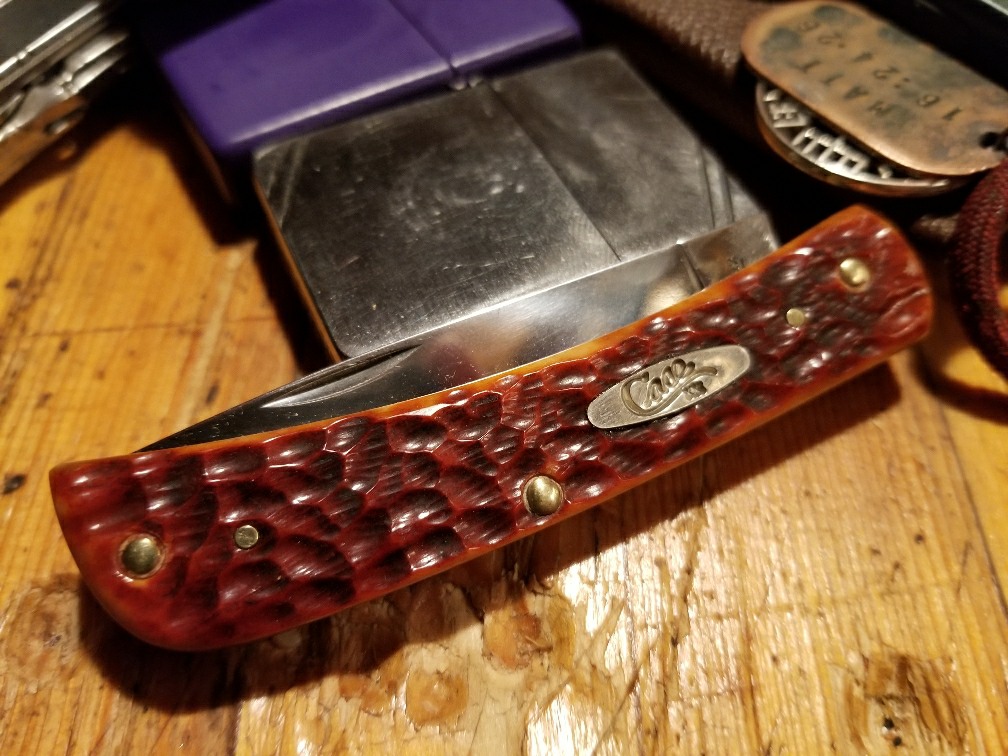 For the last few days.
Today's is undecided... Just got up to 3" of fresh snow!
Click to expand...

That chestnut bone SBJr is admirable

(but fresh snow is not)!


Headwinds said:
About as basic as it gets - Brown Delrin Case 6333. We've been a little distracted -our first great-grandchild came into the world this week. Really neat, but I’m not sure I was quite ready to think of our little girl as a grandmother. 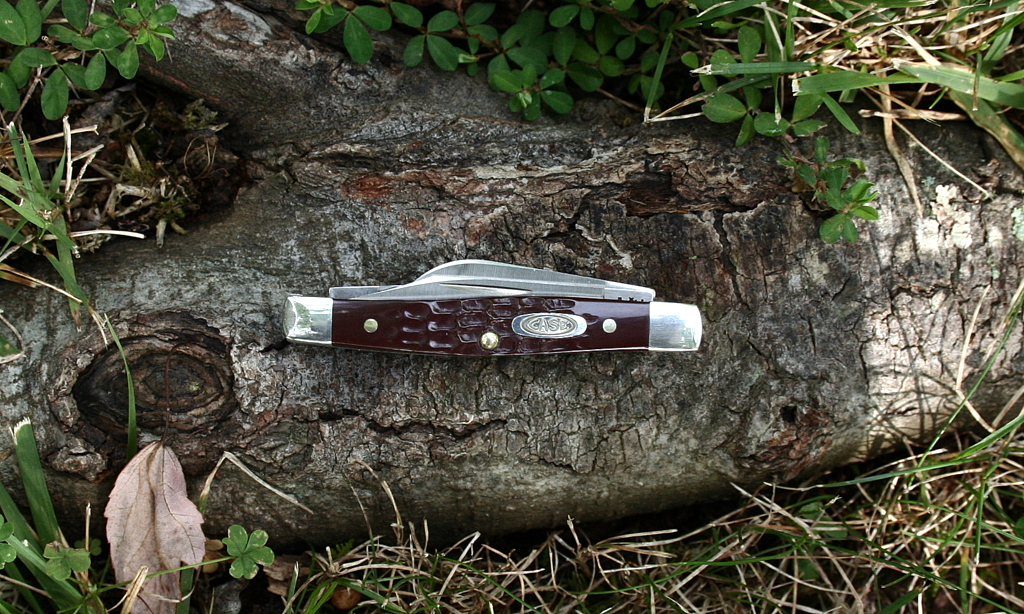 Belated congrats on the great-grandchild!

r8shell have almost convinced me that a bareheaded ebony jack is the epitome of culture, you post yours with an endcap and I think, "Wait a minute ..."


AnW said:
Seems like an Albers Saturday. Have a great one everybody! 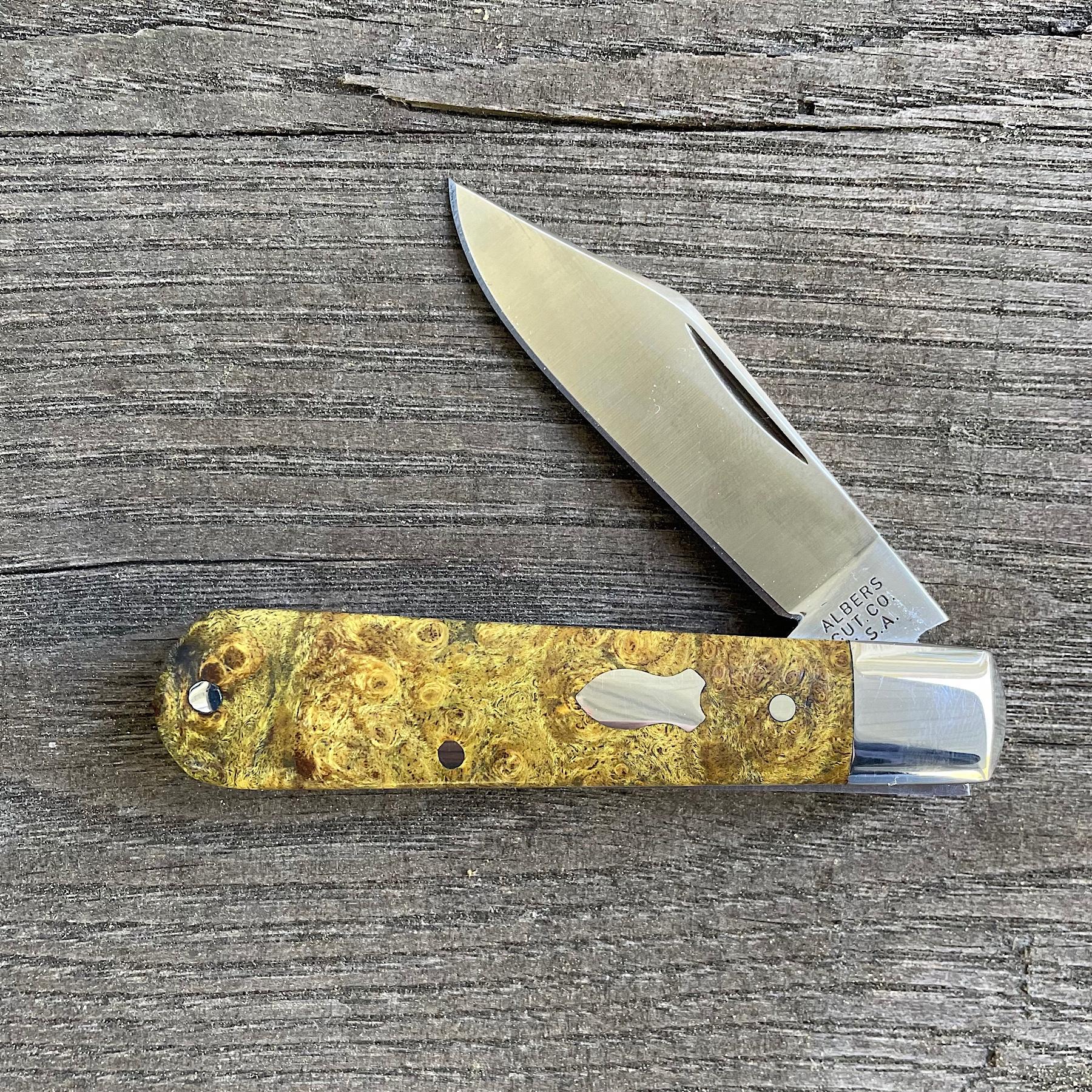 Such tasteful bolsters on that series, Dean!

JohnDF said:
Happy Saturday Everybody
Going to take the puppy for a short hike, come home and finish some yard work, then throw a tri-tip on the smoker.

Pictured is two knife slips made by Greg @sunknife . I offered to trade one of his slips that he makes for one of my slips that I make.
I've always admired his slips, they have a really cool Rustic or Native American vibe to them. Being a generous person, he sent me two of them.
I'm super excited to have them and hope he likes the one I sent him half as much as I like the ones he sent me. Thanks again, Greg. 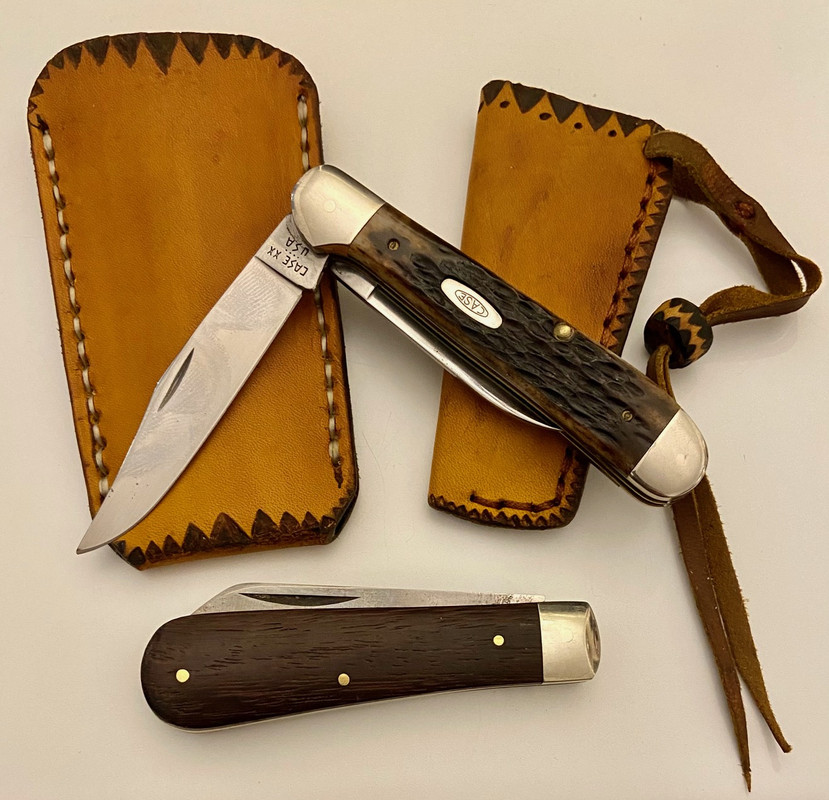 Congrats on the new slips, John!

Is that copperhead new, too? Really fantastic bone on that knife!!


Rockon75 said:
Now that is a working knife. BTW, back in 2013, when I started down this rabbit hole, I remember Google-ing GEC for images. Your background in the picture above tells me I spent quite some time admiring your early GEC pictures. Here is my working knife.
View attachment 1556049
Click to expand...

Good-lookin' knife; a sheep/pen blade combo seems all-business to me!

Is that one of those Hay'n Helpers? 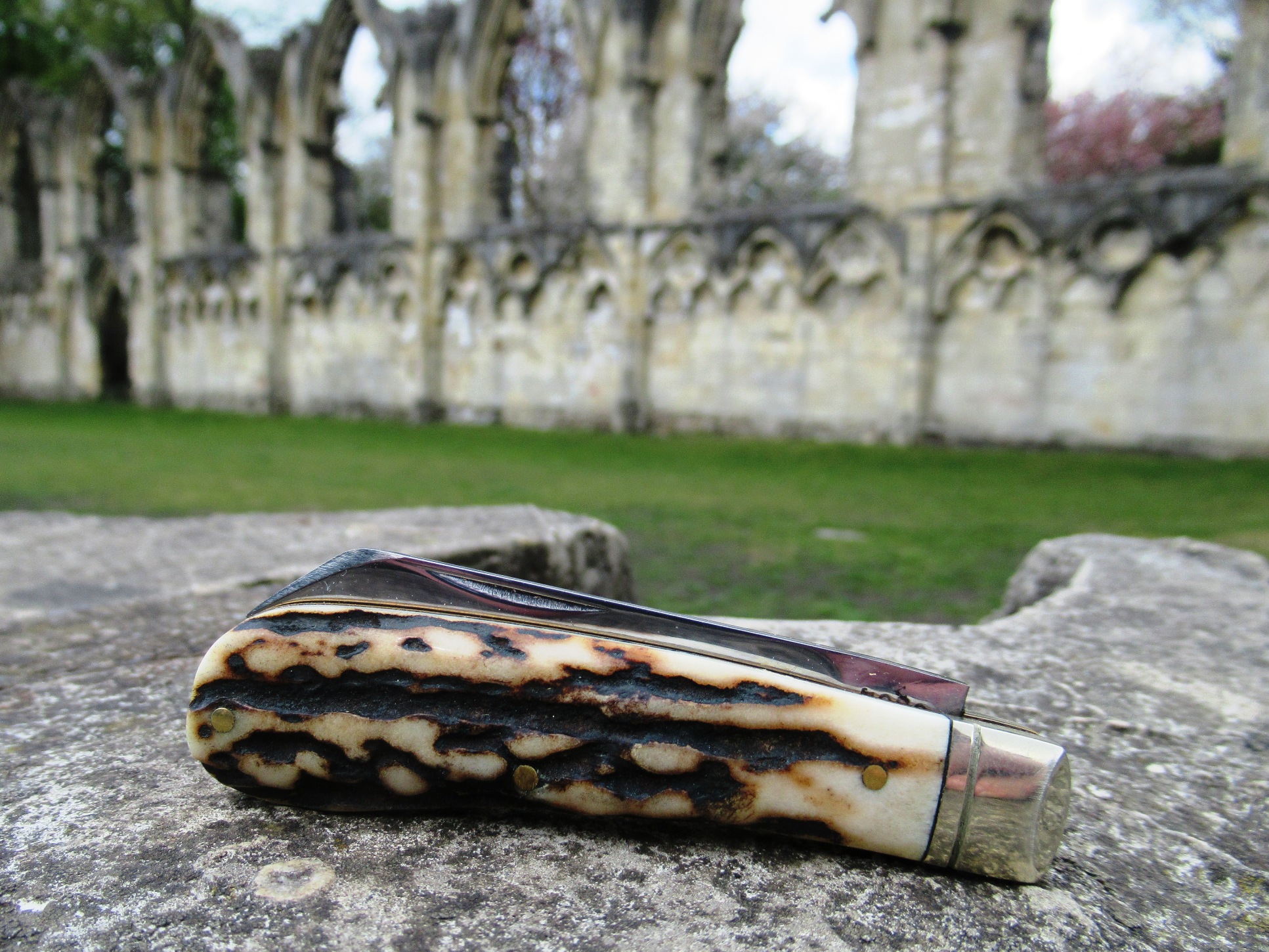 Your AC is superb, Jack!

SteveC said:
Jack and a Stockman 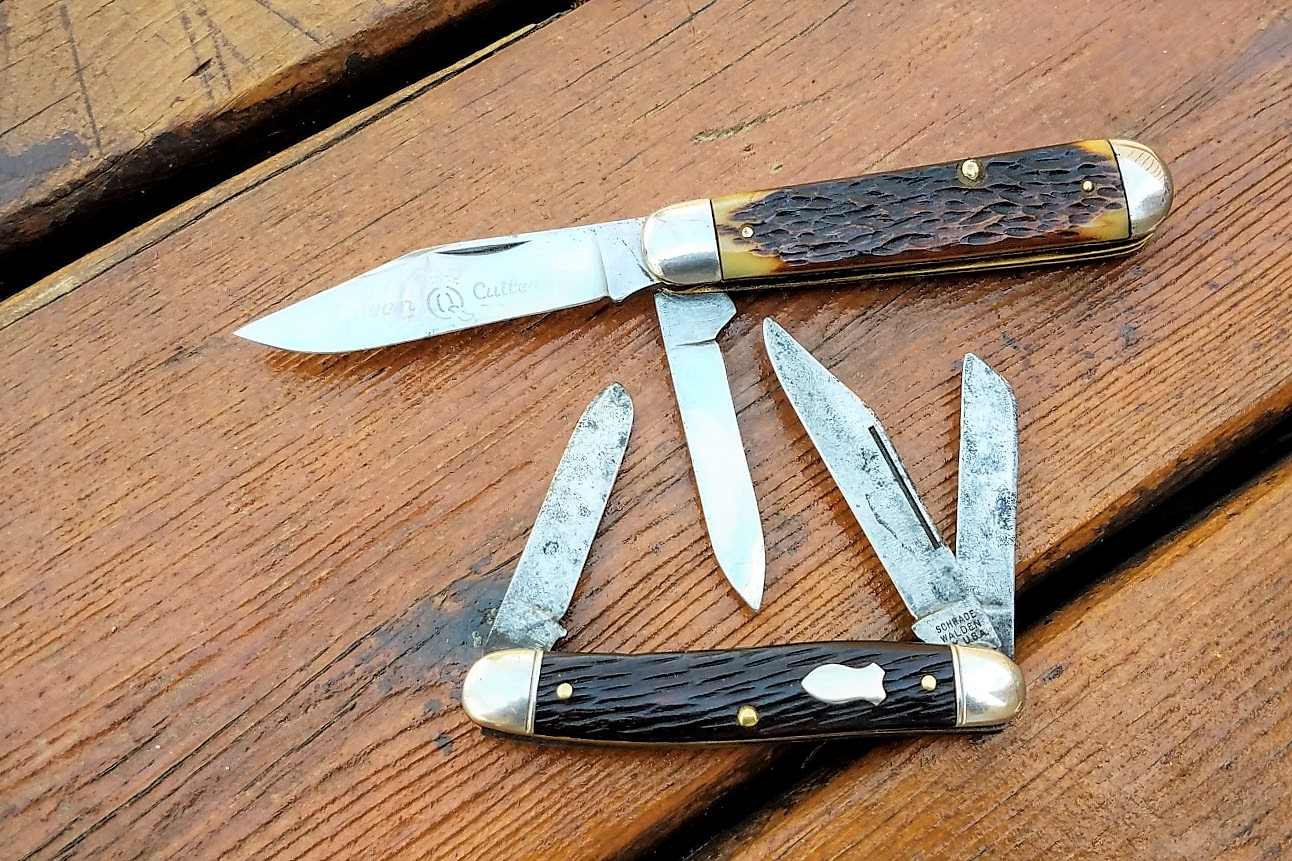 How did your month with the Buck 110 work out for you?

Thanks, John; some of the horn handles can seem to have an inner glow that impresses me! 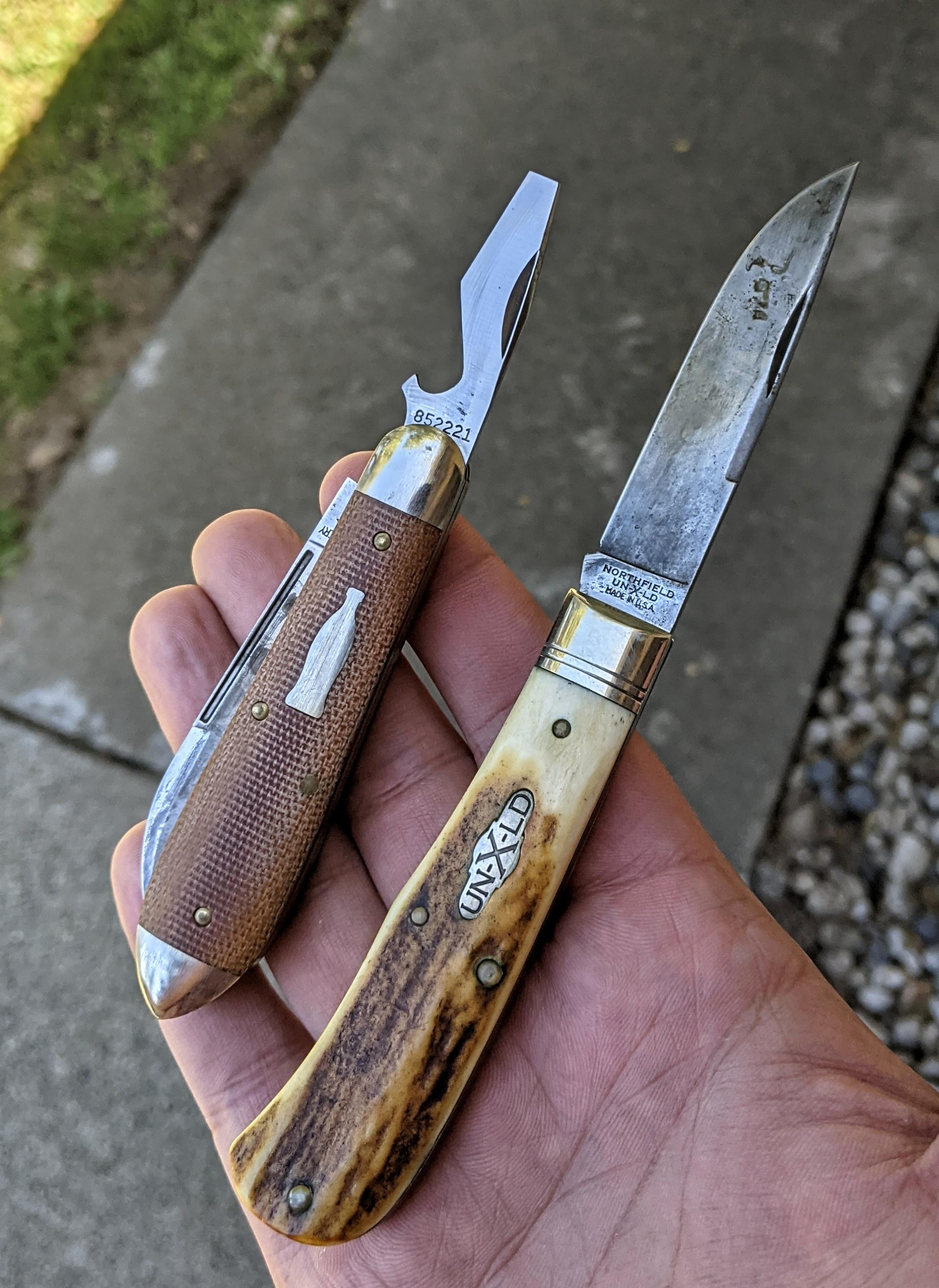 Hope everyone is having a great weekend. Tramping for seven miles round the cobbled streets of York, trying to find a pub that was open has left me feeling pretty worn out, even after a good night's sleep! Hoping Charlie's Waynorth Lambsfoot will have some restorative powers Enjoy your Sunday folks 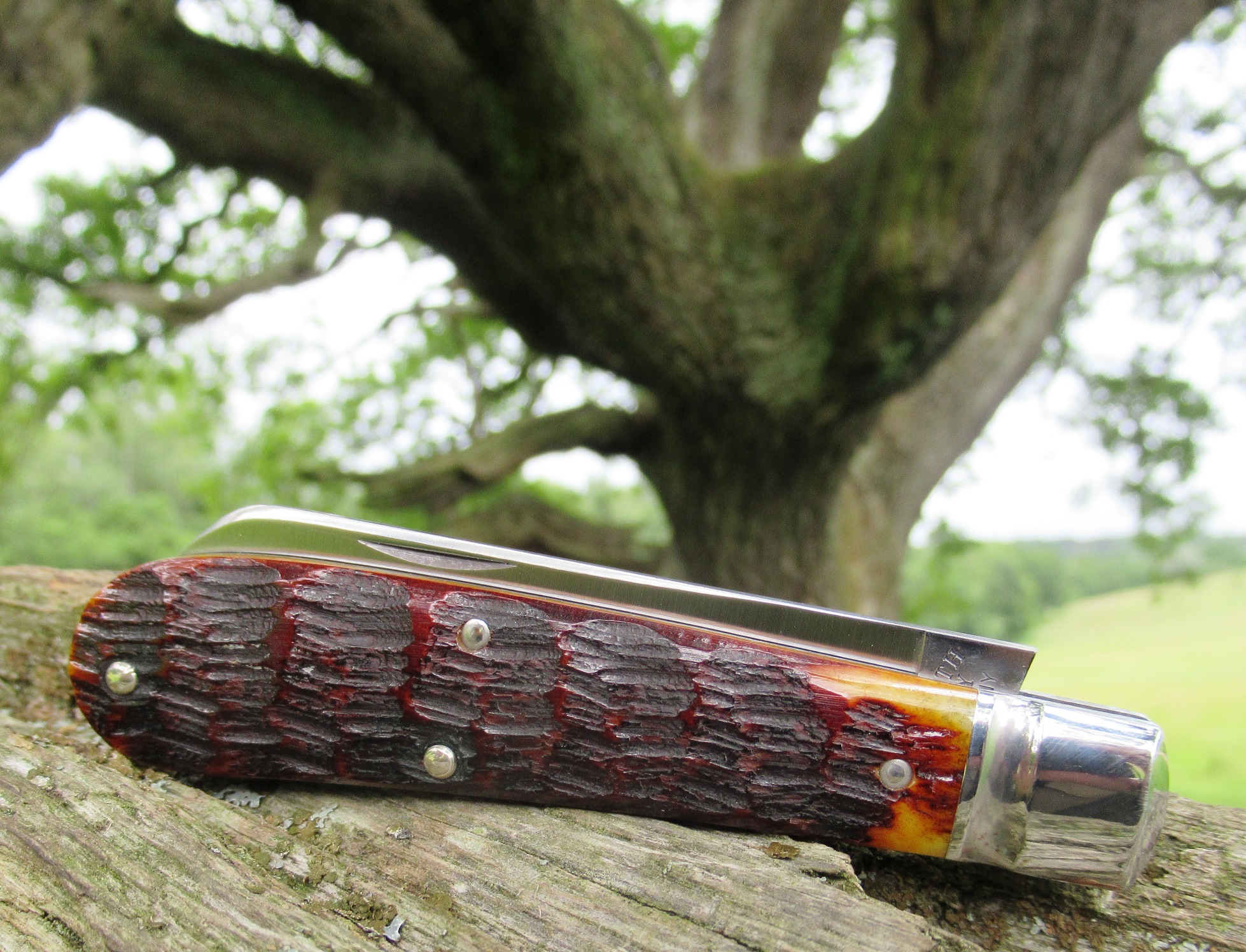 Thanks, Jack.
That WCLF in jigged bone is an unforgettable knife, and that's a great photo!

Amir Fleschwund said:
... View attachment 1556538
A Jack, and a Cattle today.
First couple of cups of strong, dark bean, while thinking of something more elaborate than yesterday’s thin, watery gruel.

Ok, not really. It was oatmeal with butter, raisins, and cinnamon. I just like saying thin, watery gruel.

Jeff, I've read about your new technology for resizing your pics and how it has made your life easier. I don't know if that re-sizer or the new BF software is the reason, but I think the quality of your photos has also made a sudden quantum leap in quality and crispness! Couple of beauties you posted there!

Your breakfast remark reminds me of an episode of the old Bob Newhart Show in which the dentist who has an office on the same floor as Bob's psychologist shop mentions that when he grew up in an orphanage, all they ever ate was thin, watery gruel, and Bob replied, "But who would want lumpy gruel??"


JohnDF said:
Something for (late) Stag Saturday and Stockman Sunday. Hope everybody's having a great weekend. 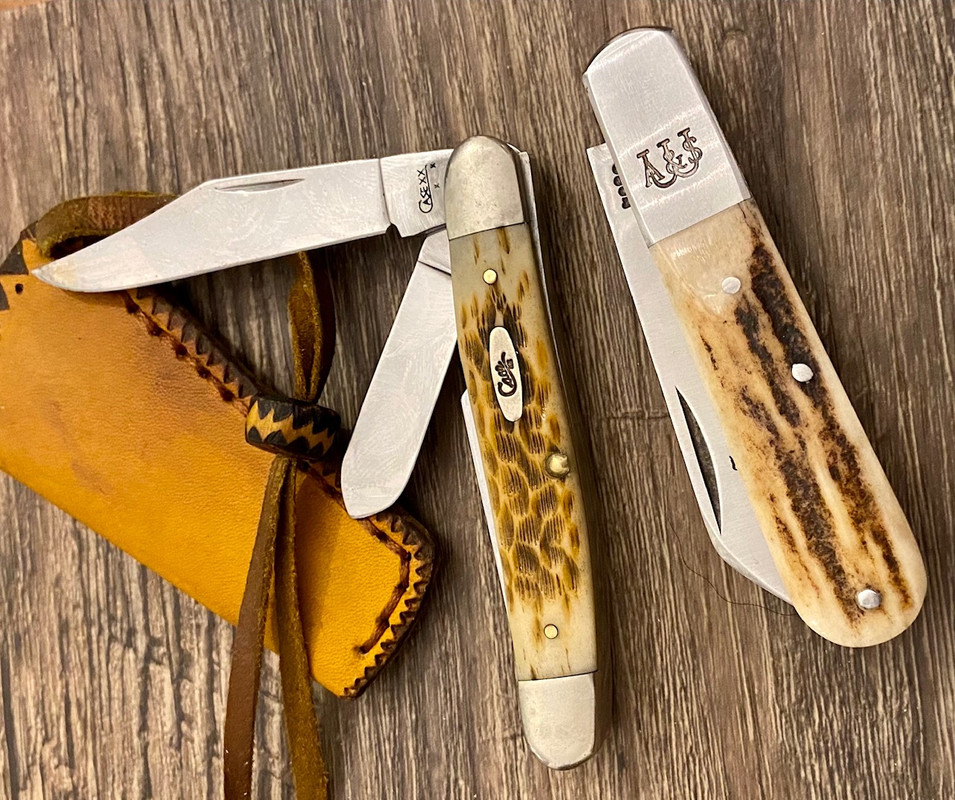 Good to see the stag HHB outside the vault, John!

Bloefield said:
Queen [China] Peanut for work today. Has a great main blade in my opinion. 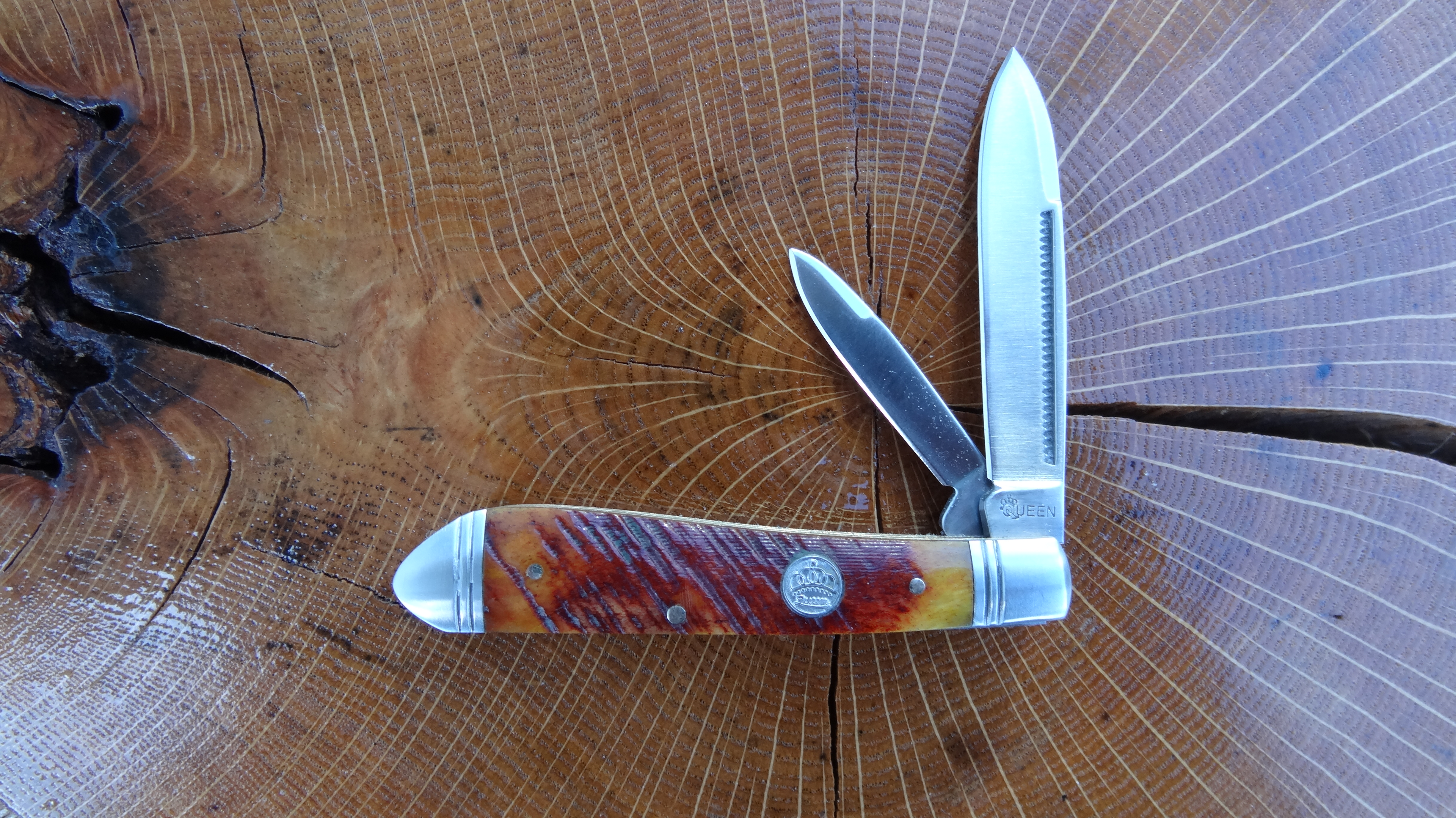 Your Chinese Queens are looking really good to me; I like that peanut with a spearpoint main blade!

5K Qs said:
Is that copperhead new, too? Really fantastic bone on that knife!!
Click to expand...

Thank you, GT.
It was a lucky find on the Exchange a couple of months ago.
It was just sitting there begging for somebody to buy it. If it's not a GEC, you have shot at them.

5K Qs said:
Good to see the stag HHB outside the vault, John!
Click to expand...

Thanks again, GT.
Have to take advantage of the rare HHB sightings.

Thanks. I wasn't sure I would like it until I saw it in person. Maybe I should have tried for a Glitter Gold TC - maybe I would have liked those as well

Travman said:
GEC’s largest stockman. The 81/82 is the closest pattern to Case’s sowbelly that GEC has made. 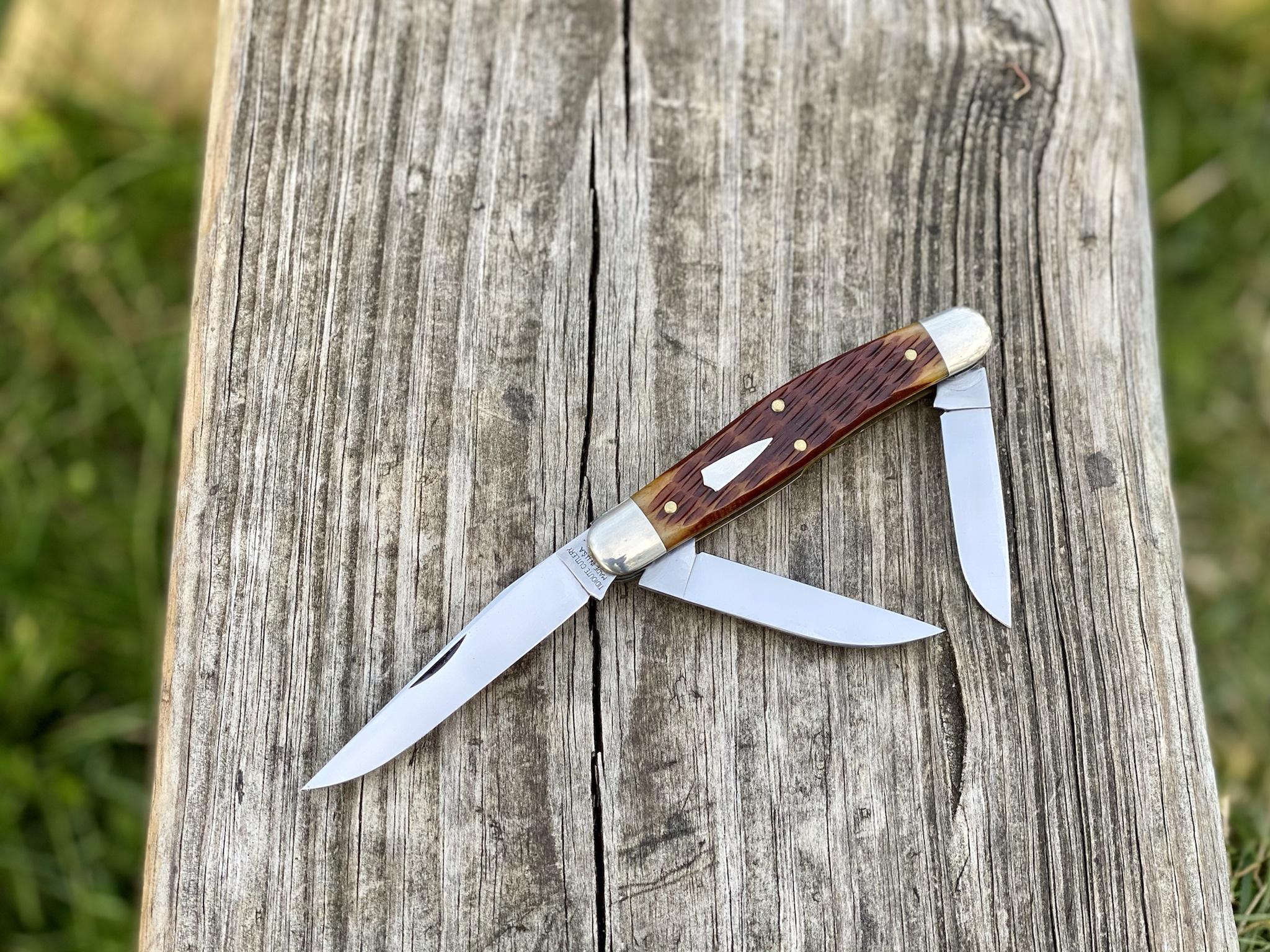 One of my favs...time to carry mine too

r8shell have almost convinced me that a bareheaded ebony jack is the epitome of culture, you post yours with an endcap and I think, "Wait a minute ..."

Such tasteful bolsters on that series, Dean!

Thank you for your kind knife compliments, Gary. I think the barehead ebony jack is a great looking knife, too!

I have a hard time carrying much else sometimes.
K

Celebrating mothers day with my wife with some drinks on the deck while the little one naps. New Maserin Plow with me for the day. 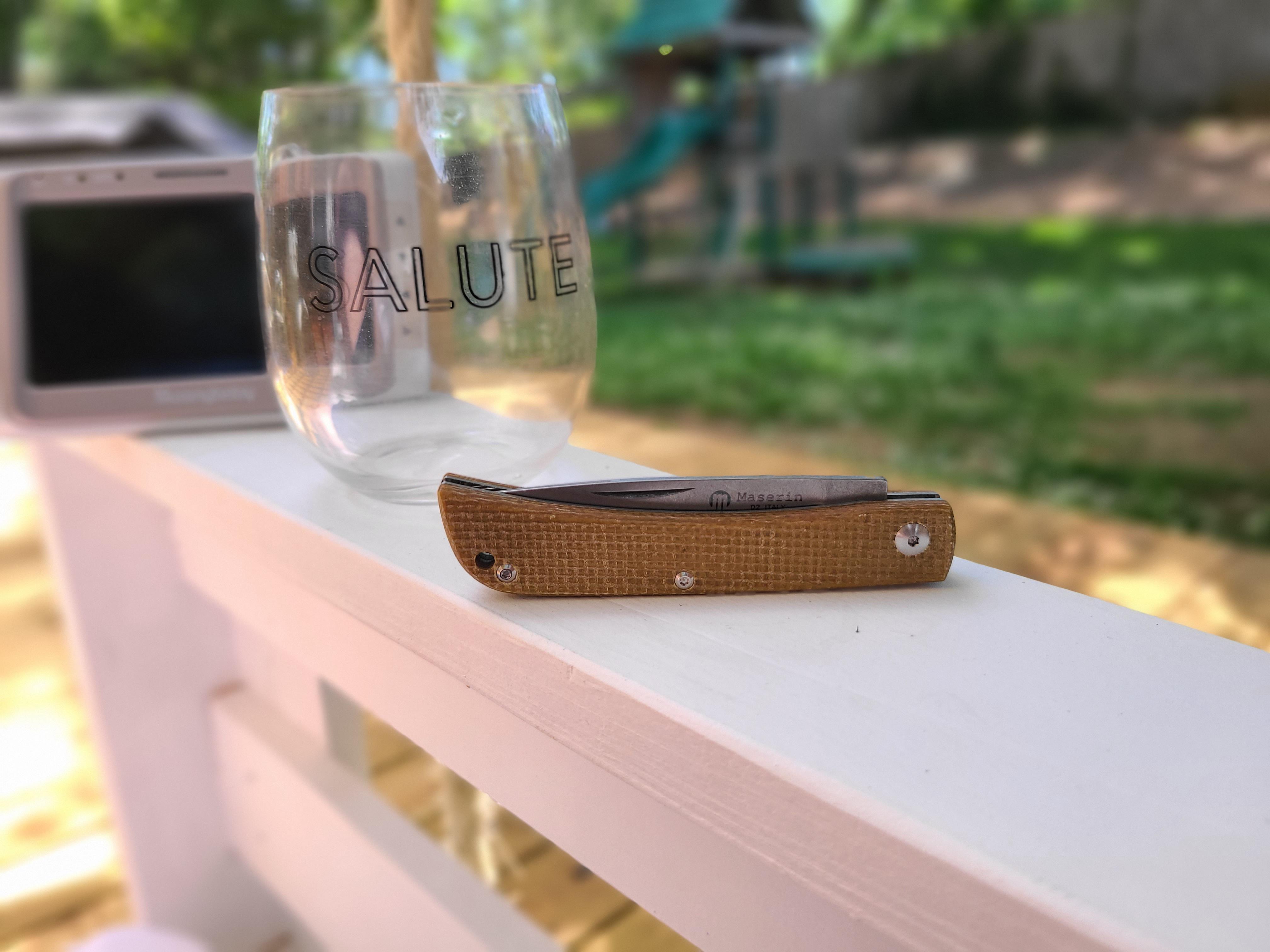 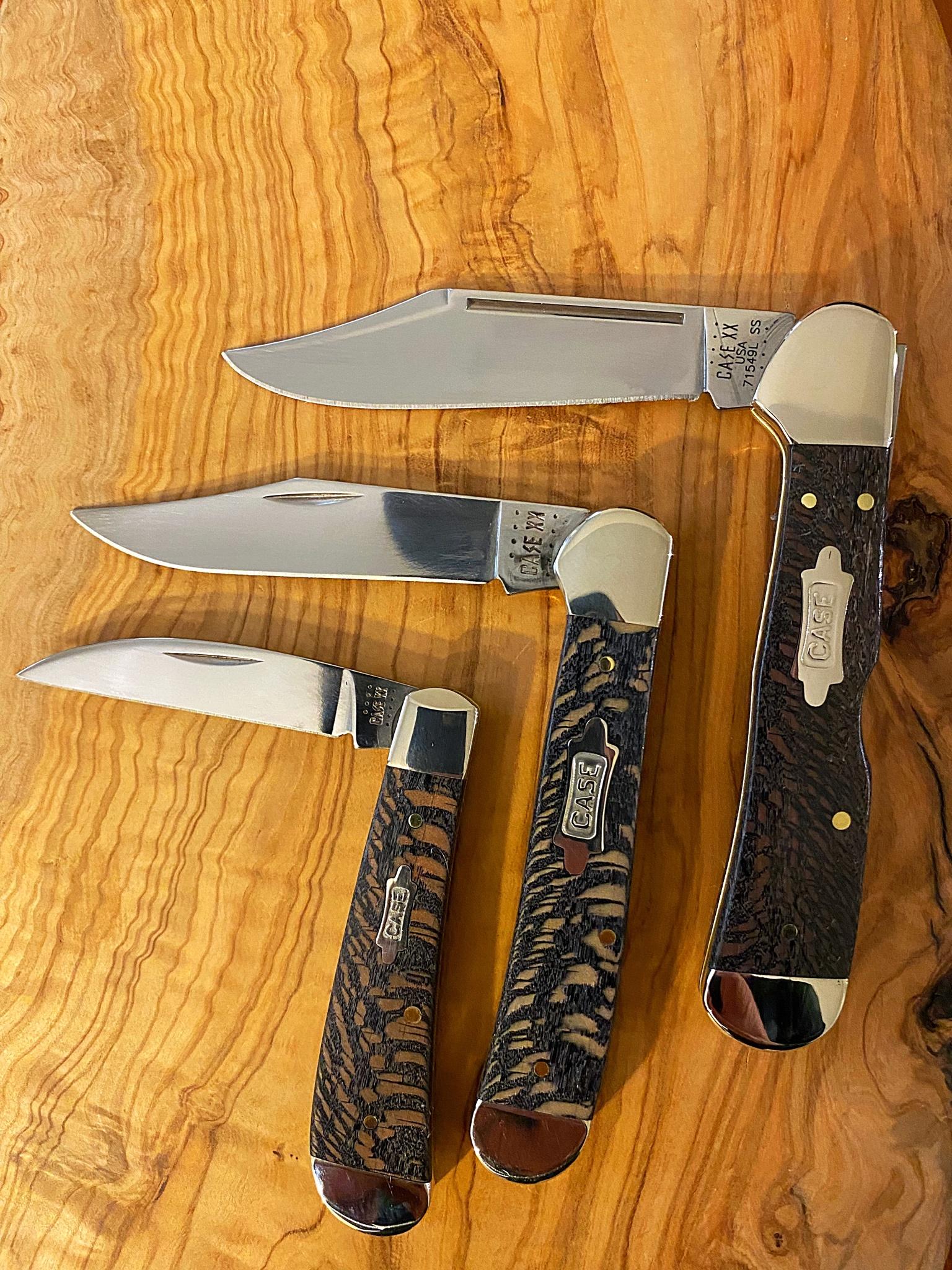 I have a hard time carrying much else sometimes.
Click to expand...

Not much need for anything else, that is a great knife!

Will be locking the Brass and Micarta away for a while, and carry other sharp pointy things. I think they're feeling a bit neglected.

I may need to thin the herd.

For the upcoming week.

BrotherJim said:
Not sure how this thing keeps finding its way back into my pocket, but it do
Like there's a map and road signs and everything on how to get there
With way stations, restrooms and snacks and such ... and FREE AIR !!!
It's a long strange trip ... enjoy the ride OLD TIMER ~~~

That is a nice one. The 5OT is one of Schrade's great knives in my opinion. I enjoy them also.