What's that you're eating? Lunch today at my favorite dive/biker bar/restaurant in the Central Valley of CA.

It's called "Logorios" located in Farmington in the middle of nowhere about 20 miles east of Stockton. Check it out if you're ever in the area. The grilled oysters are what they are best known for.

You're looking at at meal of 6 grilled Pacific oysters, garlic bread, a large green salad and 2 bottles of 805 (they were out of draft). Drive out here to run my F250 and other vehicles when they've been sitting around too long. Drove the F250 today. 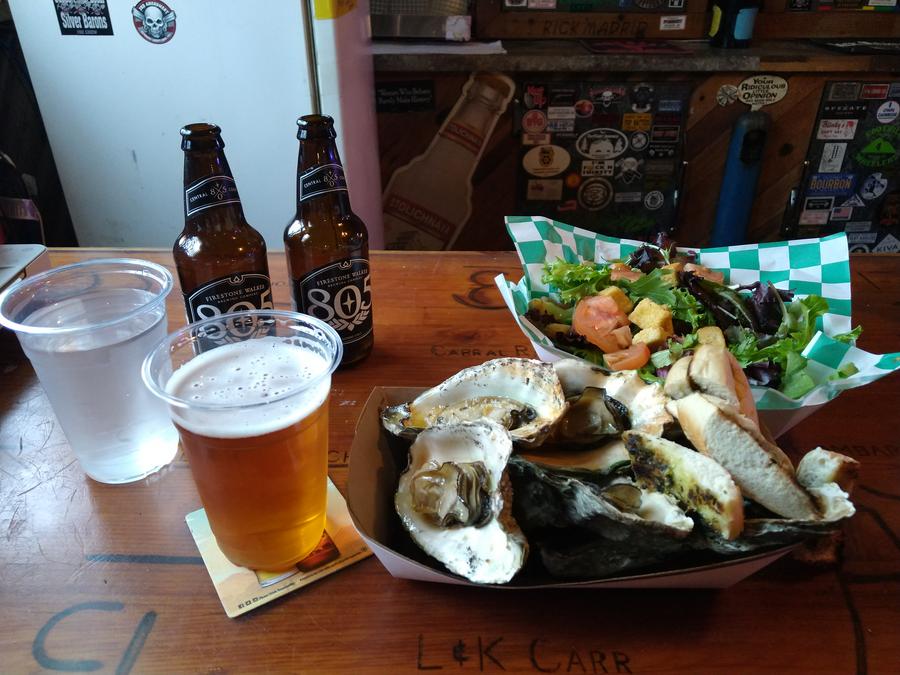 Any of you guys use a sous vide to cook with?

Last night was tri-tip tenderloin, sous vide then a quick sear on a scorching hot grill. I season the meat and let it sit for about 8 hours in the fridge before cooking. Sitting for 8 hours and sous vide = melt in your mouth.

Hmmm... did you ever, by chance, work at a Pizza Hut with a short idiot of a female manager?

bluemax_1 said:
Hmmm... did you ever, by chance, work at a Pizza Hut with a short idiot of a female manager?

bluemax_1 said:
Hmmm... did you ever, by chance, work at a Pizza Hut with a short idiot of a female manager? 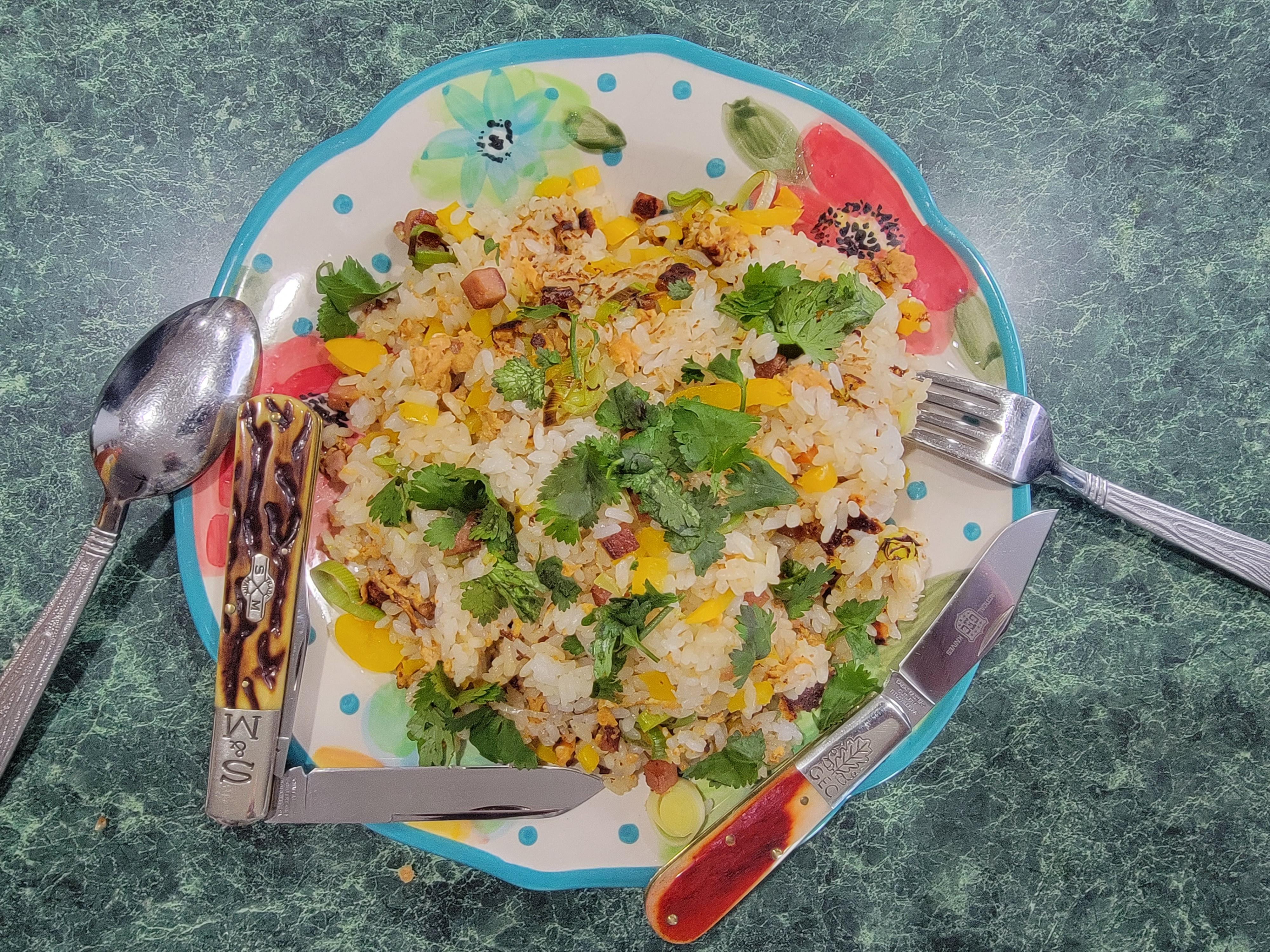 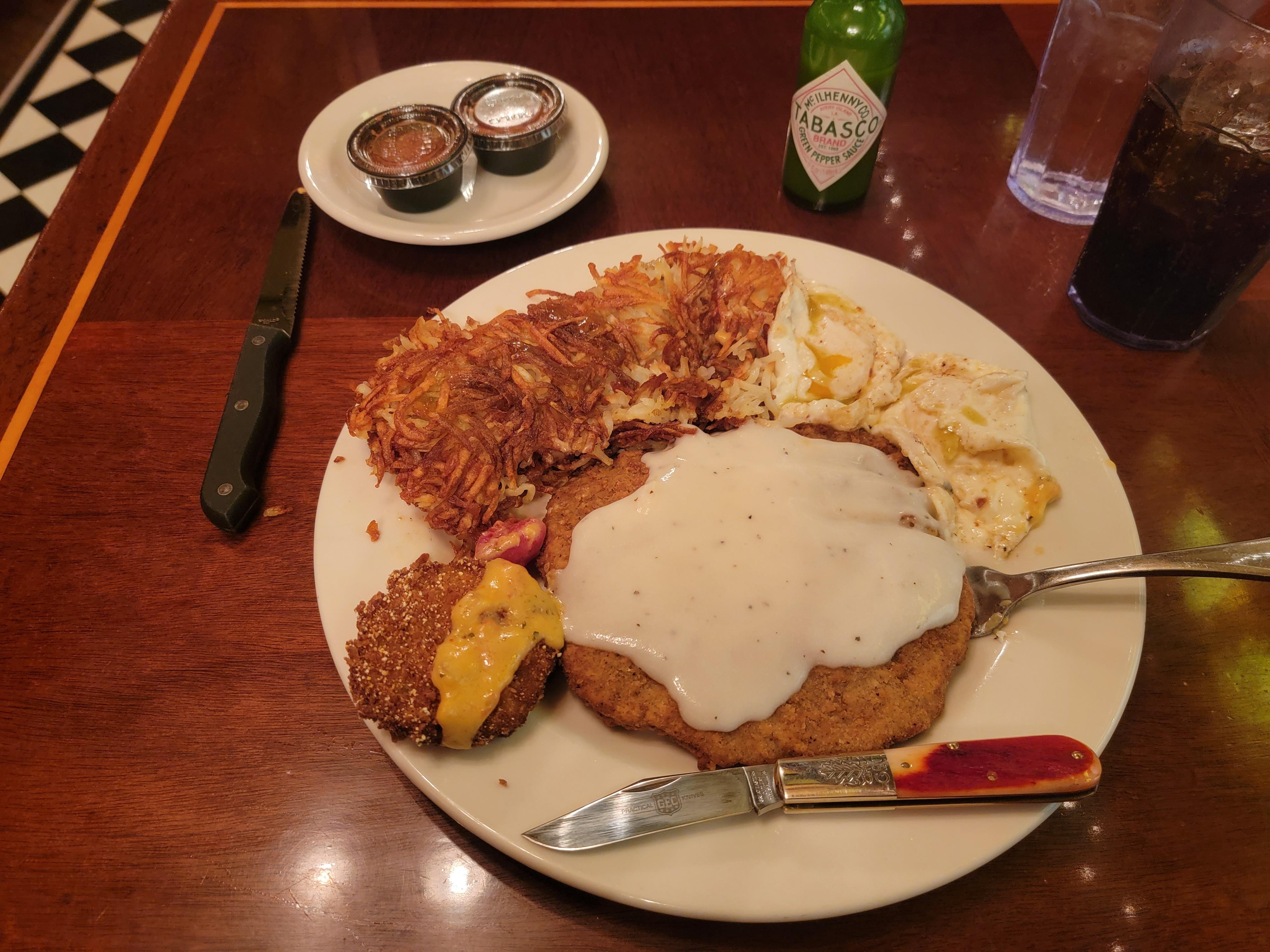 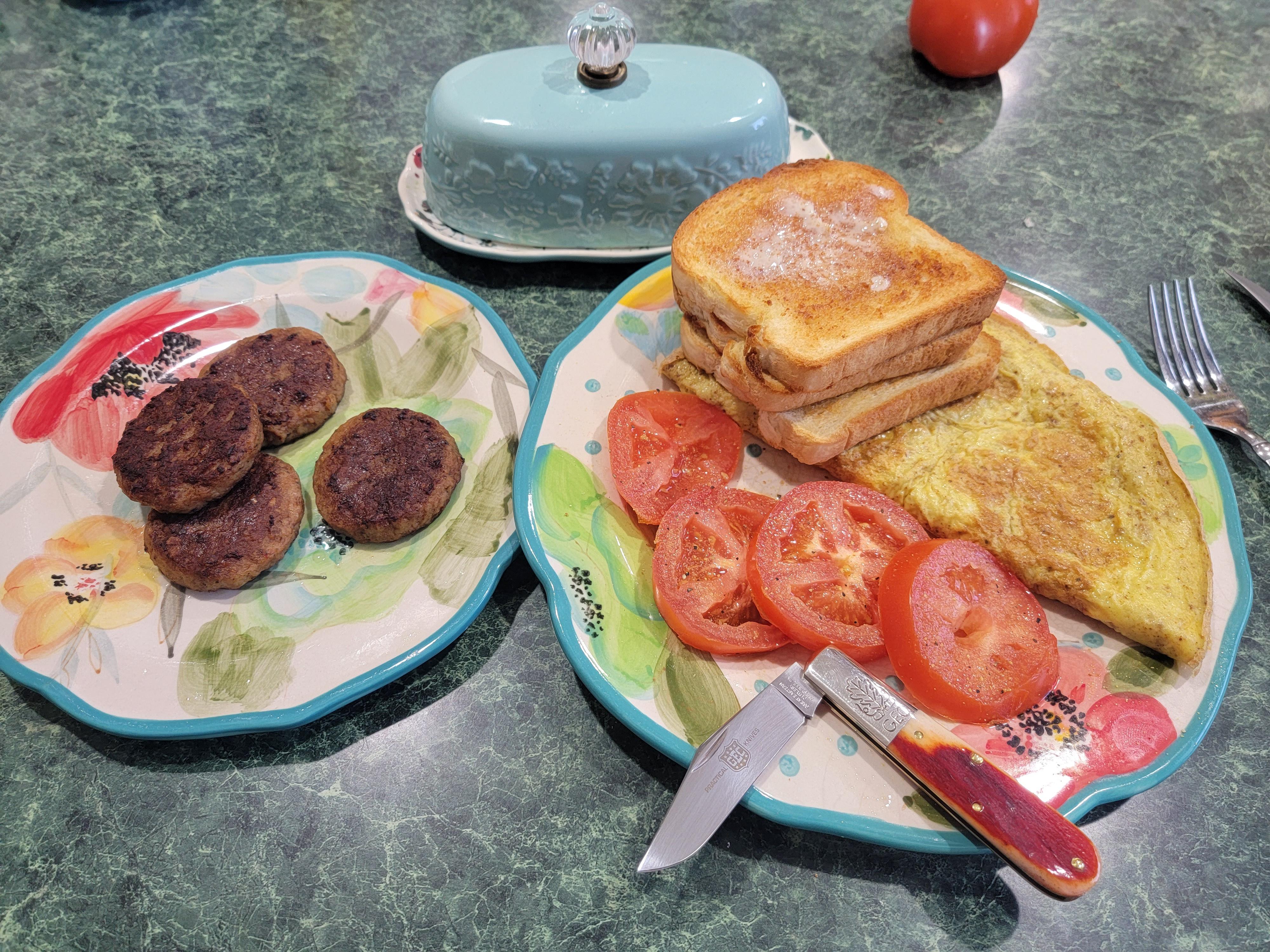 Wife made me an almond pie a while ago. 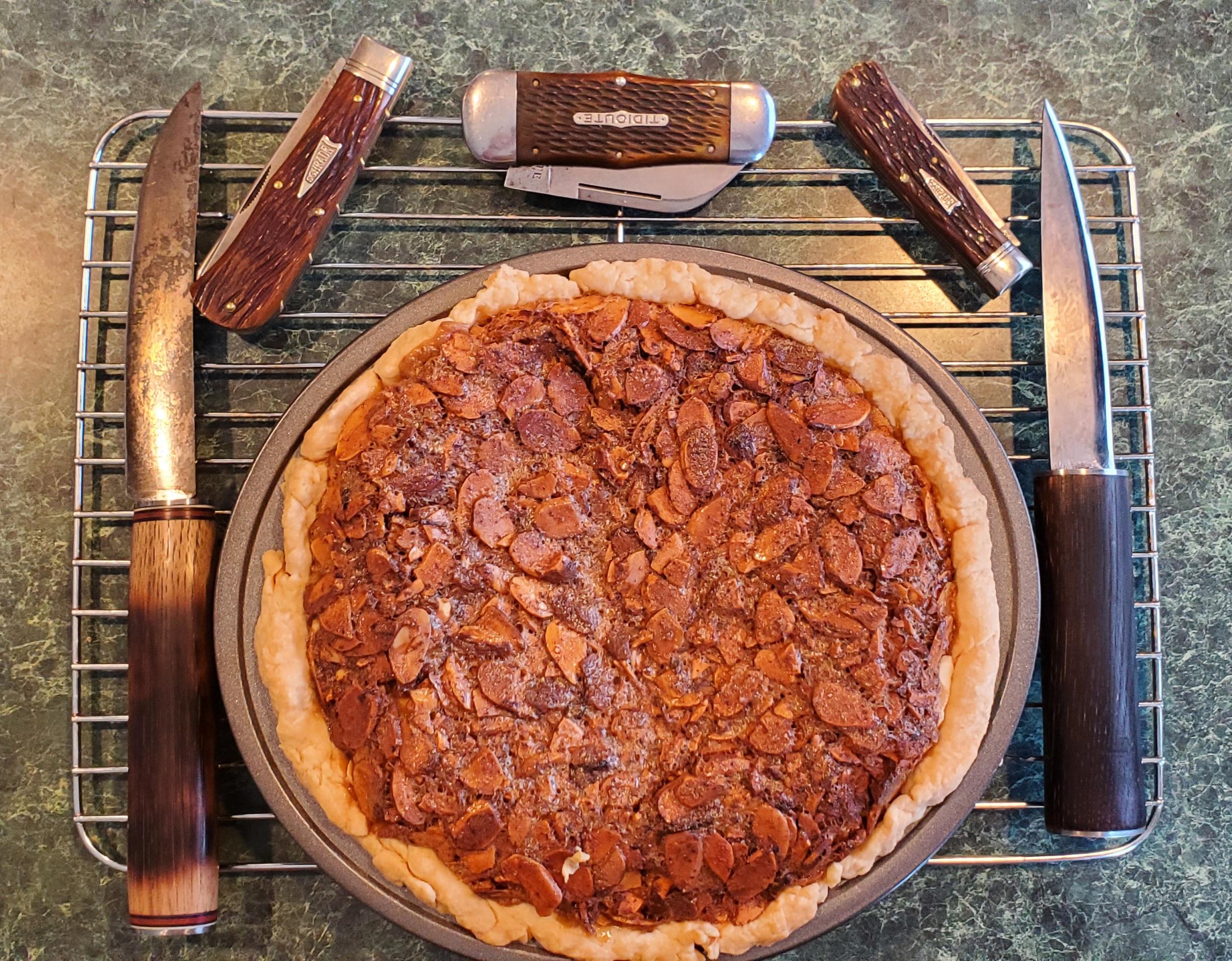 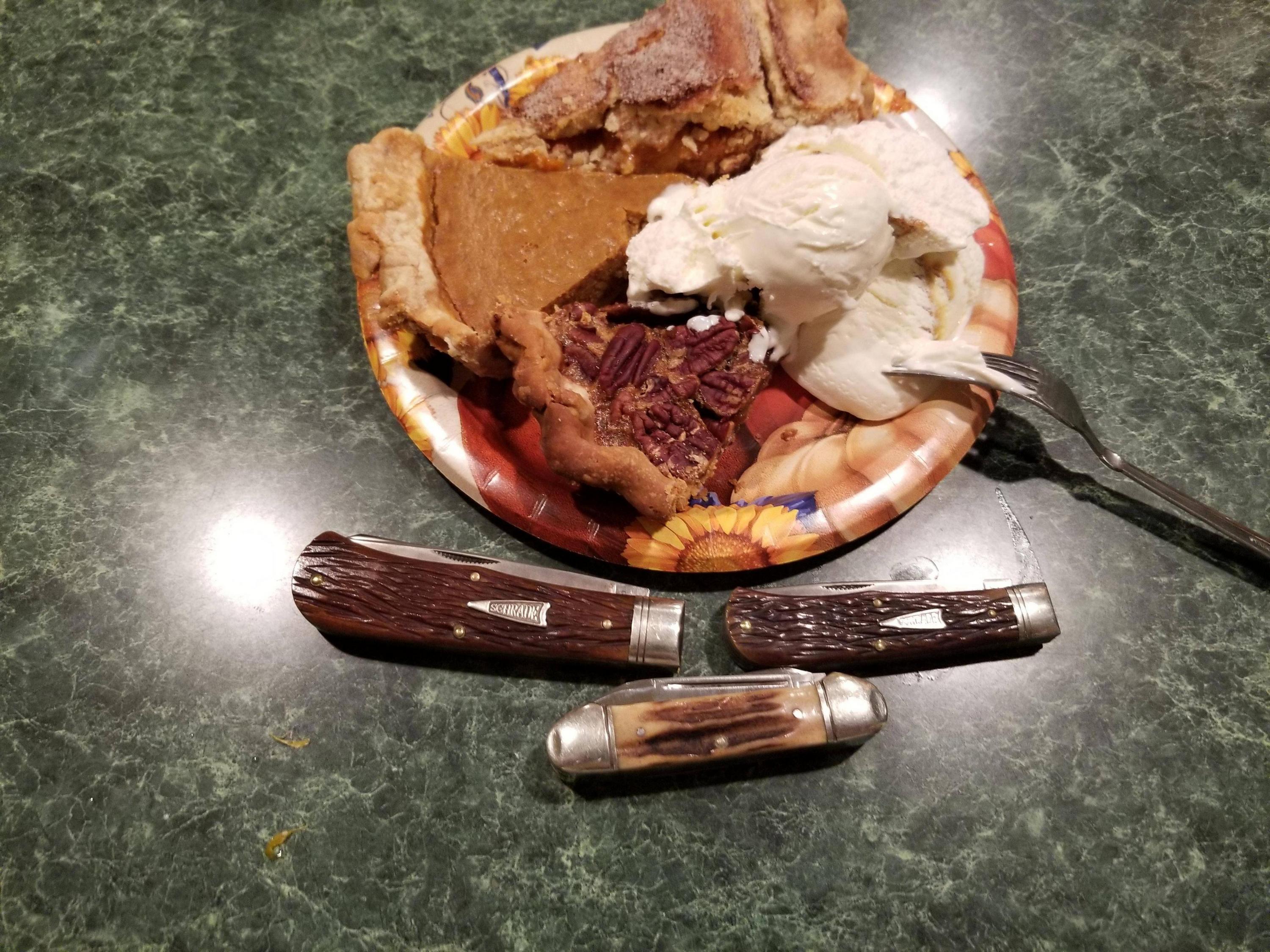 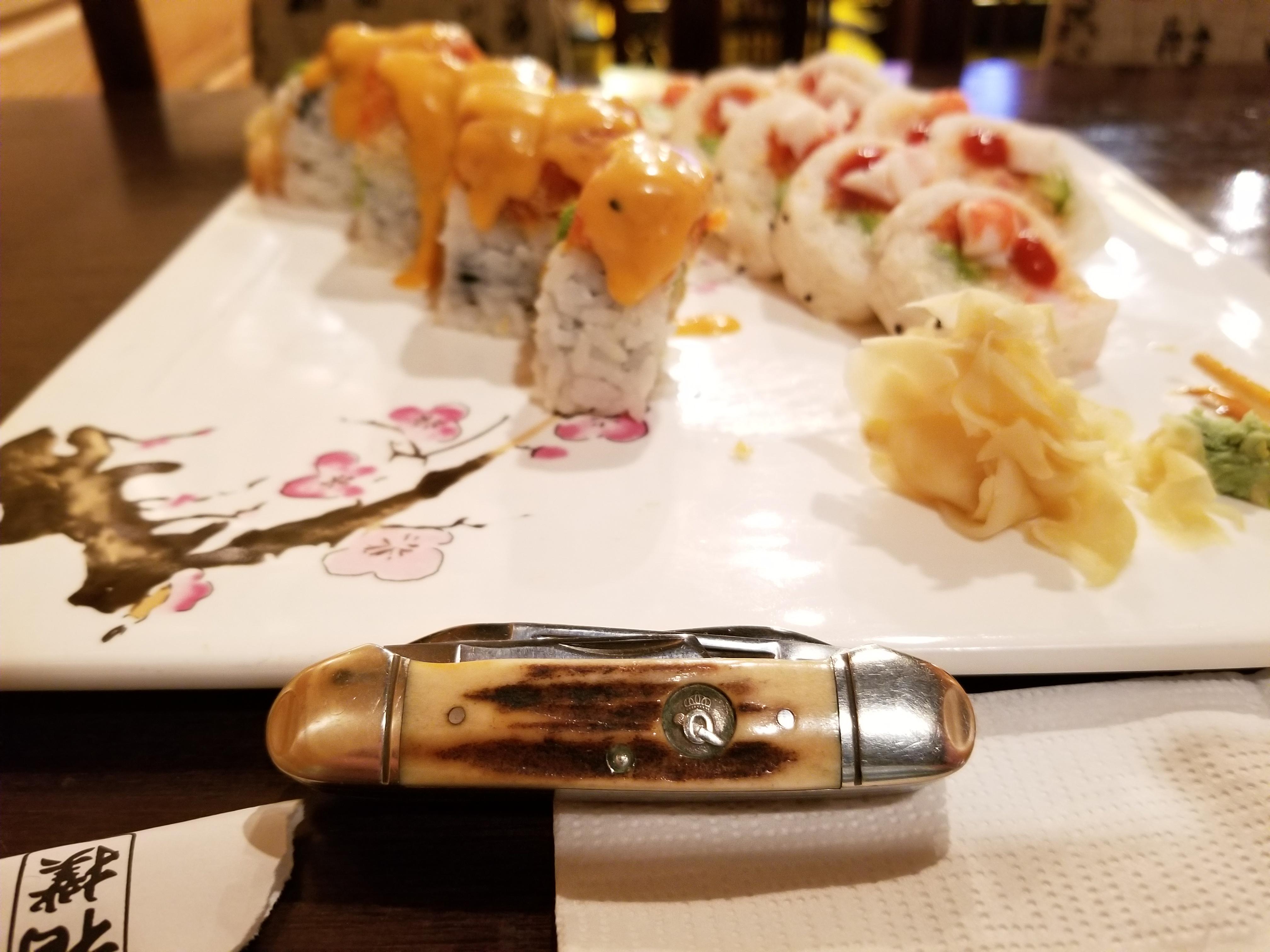 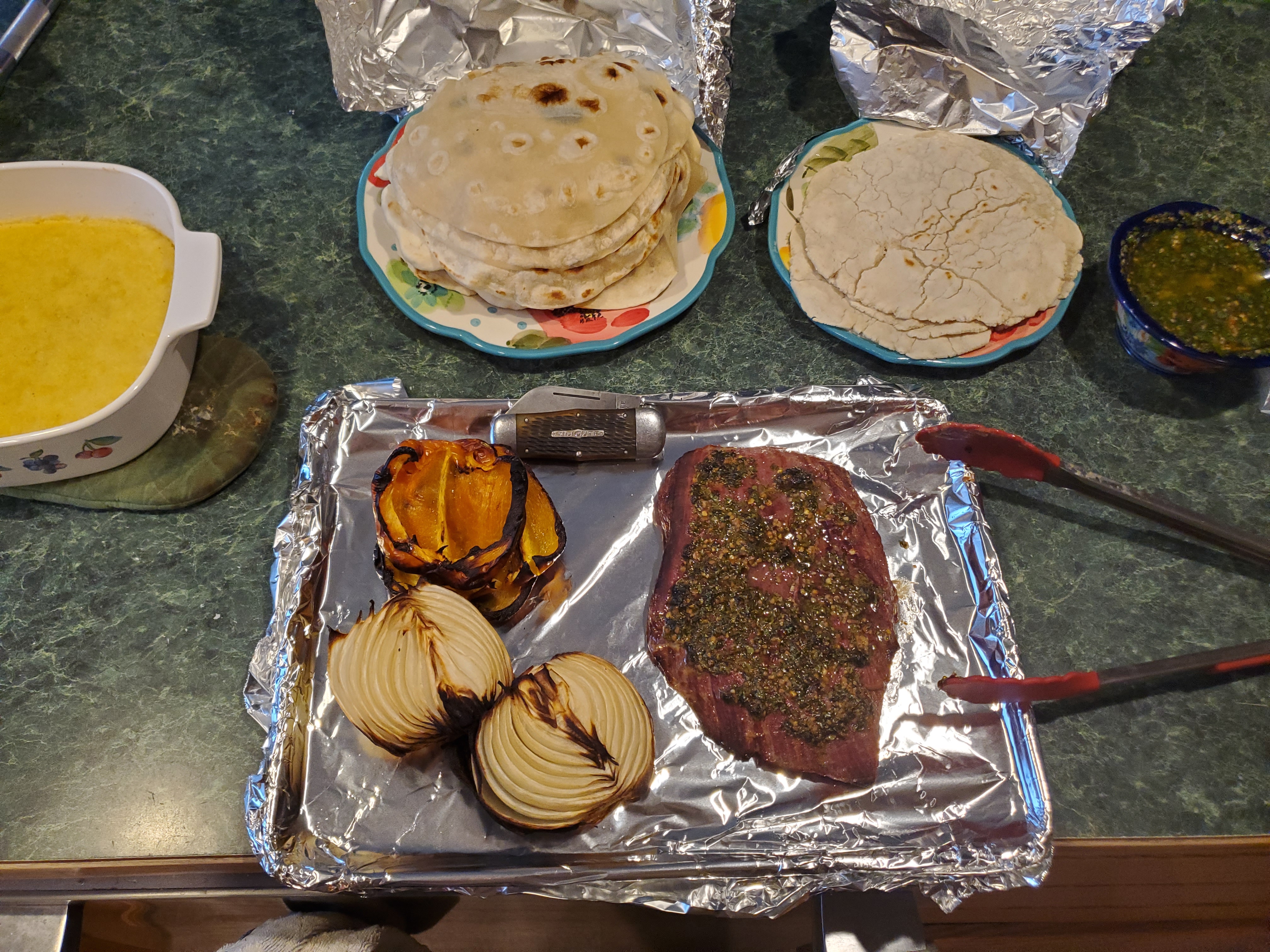 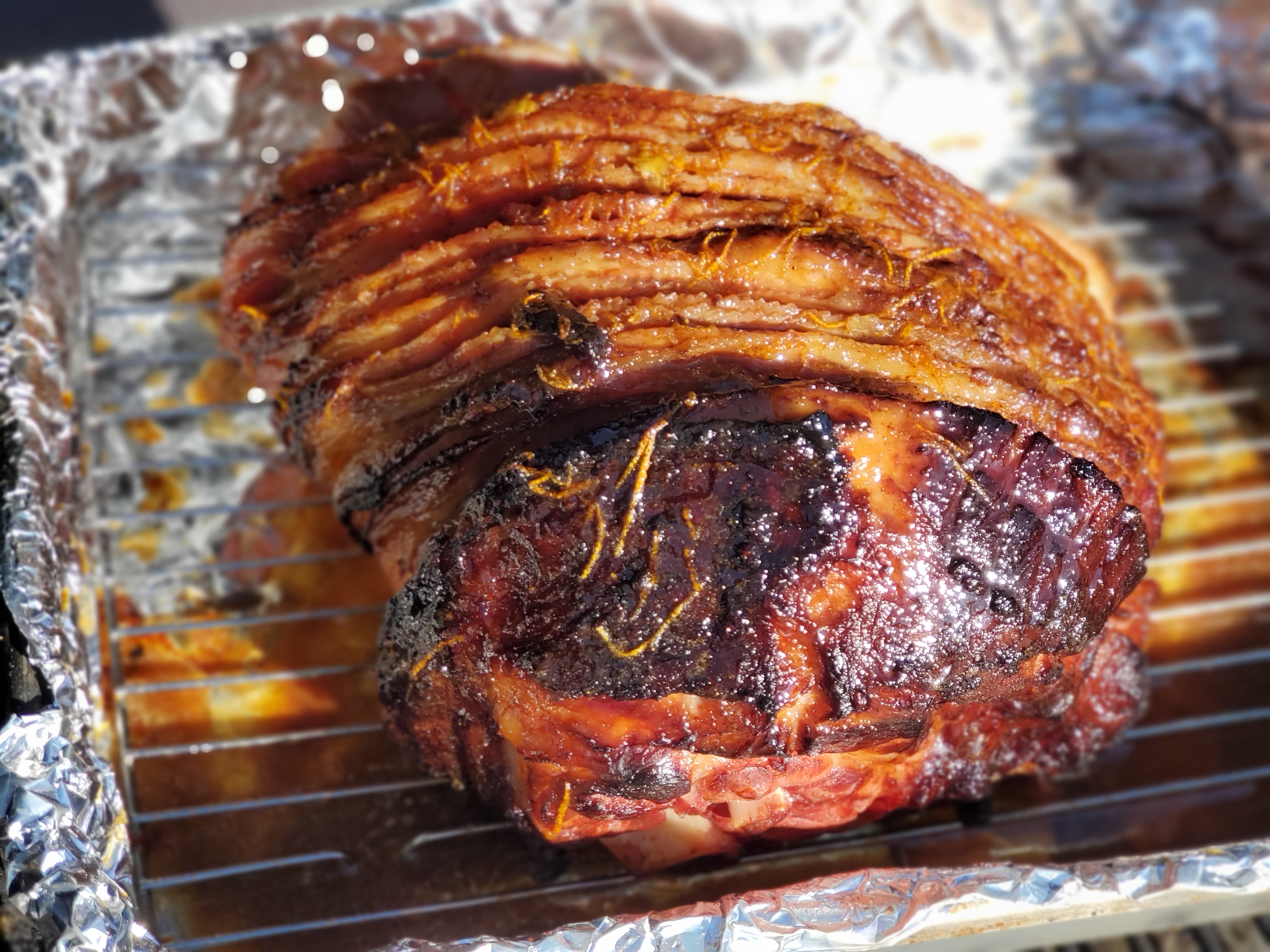 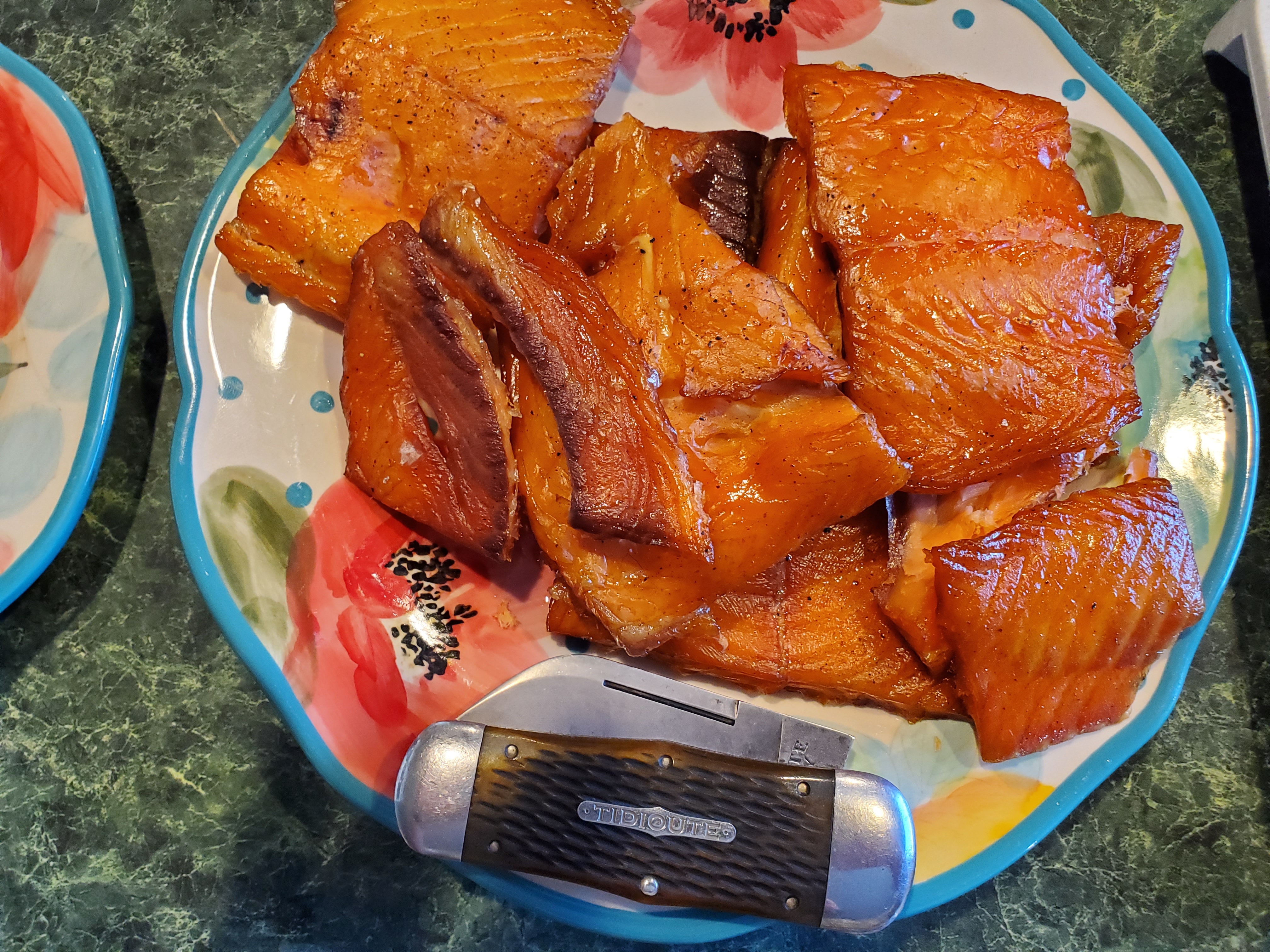 You had me at cilantro.

sgt1372 said:
Drive out here to run my F250 and other vehicles when they've been sitting around too long. Drove the F250 today.
Click to expand...

If you’re gonna mention it twice you could at least post up a picture too.

Ok so it was a grab it and growl kinda night for dinner, so I decided to give the green olive prison nachos a try.

I went with an appetizer portion to see what it was all about. Gotta admit its not my jam.

Dinner portion I decided on deluxe prison nachos. I had a couple scoops of leftover chili, sharp cheddar @ monterey jack cheese with as many candied jalapeños as I could top it with.

3fifty7 said:
If you’re gonna mention it twice you could at least post up a picture too. 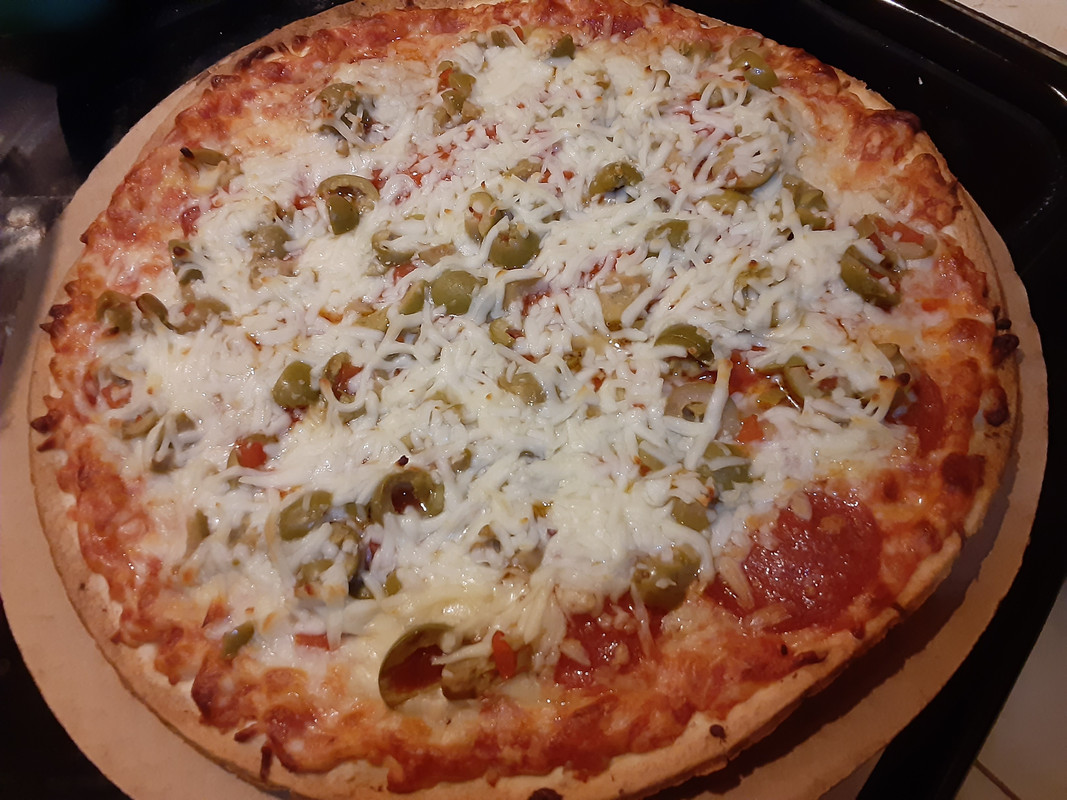 We had charred lemongrass pork bun (noodle) bowls tonight. I got spoiled on high quality Vietnamese food when I lived in Houston and now I get a serious hankering. Leftovers are used for bánh mì. Here's the recipe i generally follow: https://www.themeateater.com/wild-and-whole/wild-recipes/lemongrass-venison-and-vermicelli-salad

they should make deer bigger

That's why Elk an Oryx are worth hunting.

Do you have a brush guard on your pickup? It's legal to eat roadkill around here...

yeah? but did you get fired?

Lorien said:
yeah? but did you get fired?
Click to expand...

Wth are we talking about? I confuse....
B

Hmmm... did you ever, by chance, work at a Pizza Hut with a short idiot of a female manager?

OK. It just triggered a memory from long ago.

Here's a long story that made that question pop to mind.

Quite a while back, I worked at a Pizza Hut for all of 5 days. Little female manager was an idiot. I worked in the kitchen making the pizzas and after a little training, was stationed at the 'make' table.

There's a placard that lists all the ingredients that go into each type and size of pizza, eg. Large Super Supreme = XX oz of ham, XX oz of black olives, XX slices of pepperoni, etc.

We're supposed to measure everything out, but once you've made a bunch of the same pizza, you get pretty good at guesstimating the amounts, within a pretty tight margin of error.

One day, I was making a Large Super Supreme.
Step 1, knead the dough out into the pan
Step 2, ladle the sauce over the dough.
Step 3, lay out XX slices of pepperoni (I can't recall the actual number, as this was a long time ago, but let's say 40 slices.

As I'm laying them out, she comes in the kitchen and goes, "What are you doing?". I said, "I'm making this order for a Large Super Supreme".

She asks, "Why are you putting so much pepperoni on it?" I point to the placard and say, "It says 40 slices. Count 'em. There's exactly 40 slices on there".

She's the one who originally told me, "Follow the ingredients list explicitly. Measure everything out", but now she goes, "Huhhhh...", starts picking pepperoni OFF the pizza and says, "See? You don't need to use that much. If you place the pepperoni slices properly, no matter how the pizza is sliced, there will be some pepperoni on each slice". I reply, "But the placard says FORTY slices of pepperoni on a Large Super Supreme. There's only 15 slices there". She says, "Stop wasting ingredients. Just do what I told you".