It's definitely worth a watch if you love Scotch!

I will be watching the shelves for a bottle of Bruichladdich, I am curious about it now as I've never tried it before.

Had a short tasting session with one of my neighbors. He had this Kentucky Rye that was quite tasty! The Speyburn and Compass Box just arrived yesterday and again, in my hands, 24hrs from placing the order ... too easy man LOL!

I was gifted a Speyburn 10 earlier this year. Not bad, but nothing special to write home about either, IMHO. Put the bottle back on the shelf about 2/3 full, will revisit at a later date.

Cobalt, I cracked that bottle of the Jura Origin back open you recommended to me at Davidson's awhile back. Damn mellow pour (even more so than before), very light and subtle undertones.

Reminds me of that sugar lace candy, a little sweet, with just a hint of caramel and vanilla. 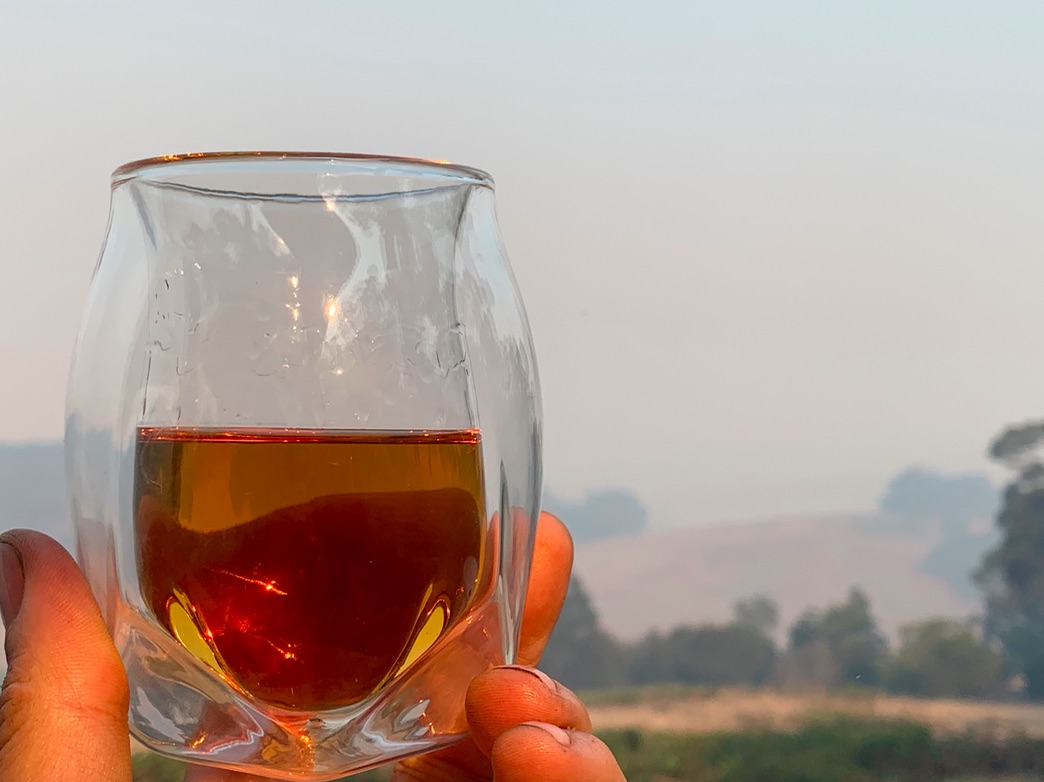 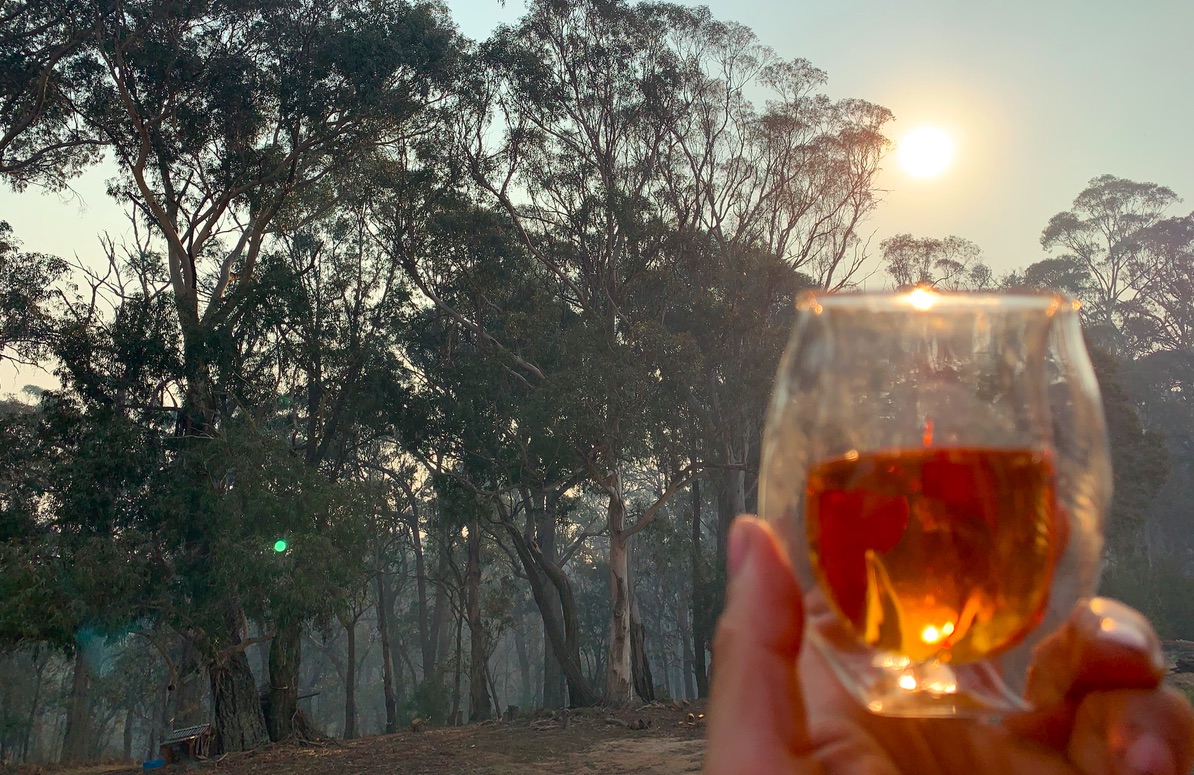 I just dropped and shattered my glass like that

I recently got a couple of those and I have to say, the lip is a little thick - and shockingly I also got a couple "Neat" glasses, the baby spittoon jobs, I really dig those more than I thought.

Leonardo63 said:
I recently got a couple of those and I have to say, the lip is a little thick - and shockingly I also got a couple "Neat" glasses, the baby spittoon jobs, I really dig those more than I thought.
Click to expand...

I was looking at the neat glasses but they looked awkward to drink out of because of the steep top bit. The norlan does have a thick lip, took a bit to get used to it.

unwisefool said:
I was looking at the neat glasses but they looked awkward to drink out of because of the steep top bit. The norlan does have a thick lip, took a bit to get used to it.
Click to expand...

I was the same- I only grabbed them because I needed something else for free shipping on an order so grabbed them. currently when I open the cabinet the Neat is my first choice- Yea I was the same, didn't think I'd like them, I was wrong about that.

I got a Spec's (Texas liquor retailer) gift card for my birthday, and went by the store to see if they had any good holiday gift packs (I'm always on the lookout for free Remy glasses). No luck there, but right next to the 10YO Laphroaig, they had a Lonach 2005 10YO (2005 distilled) Laphroaig. And right below the Lonach was a sign that said something like $26 off, which made it a little over half the price of the $48 a bottle 10YO Laphroaig.

How could I pass that up?

And how could I not do a side-by-side comparison? 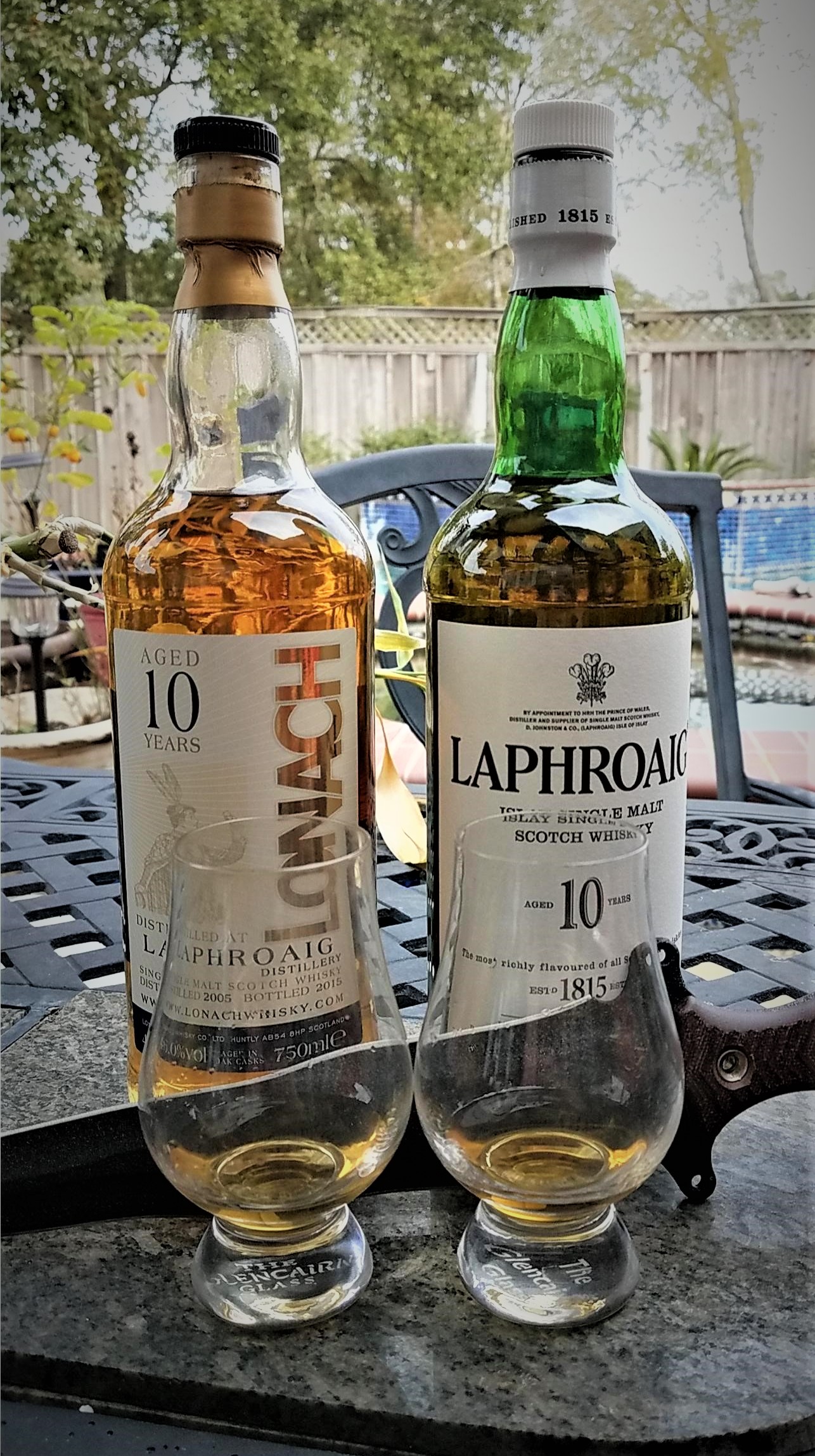 I read on Reddit that Lonach is bottled by Duncan Taylor, an independent bottler, using whiskies from various distillers. Lonach is said to be a Spec's exclusive (in Texas at least) for overproof and underproof barrels that were tough to work with in Duncan Taylor's other blends.​
You probably can't read it on the bottles, but the Lonach is 46%ABV compared to 43% on the Laphroaig.

In the glass, the Laphroaig appears to have a slightly richer color. I have a bit of a stuffed-up head and couldn't smell a difference. It probably impairs my ability to taste too.

On the first taste, the Laphroaig had a richer mouth-feel. The Lonach seemed thinner, with less peat flavor, and maybe a bit of iodine aftertaste. Not really a huge difference, though, and one that became less pronounced after a few times back-and-forth.

I can't see buying the Lonach at it's regular price of $53, which is about $4 more than the stuff bottled by Laphroaig, but for about half the price, I think it's quite a bargain. (Maybe not so much of a bargain if you're in Houston, where Spec's Downtown Store has Laphroaig 10YO for $10 less a bottle than the East Podunk store.)

The sale at Spec's runs through the end of December, in case there are any other Busse-owning Scotch drinkers in Texas who might want to get some before this deal goes away.

You can read someone else's review here. I don't disagree with anything that guy wrote.


Still trying to decide whether to go back for that lone bottle of Batch 53 A'bunadh hiding among a bunch of 64s.

That Lonach looks worthwhile at that price. Unfortunately they don't sell it around here.

JohnTheTexican said:
Still trying to decide whether to go back for that lone bottle of Batch 53 A'bunadh hiding among a bunch of 64s.
Click to expand...

Do it!!! Or at least share the intel so one of us other freaks can

Went into the local independent store on Black Friday for the 2019 version of Bourbon County... 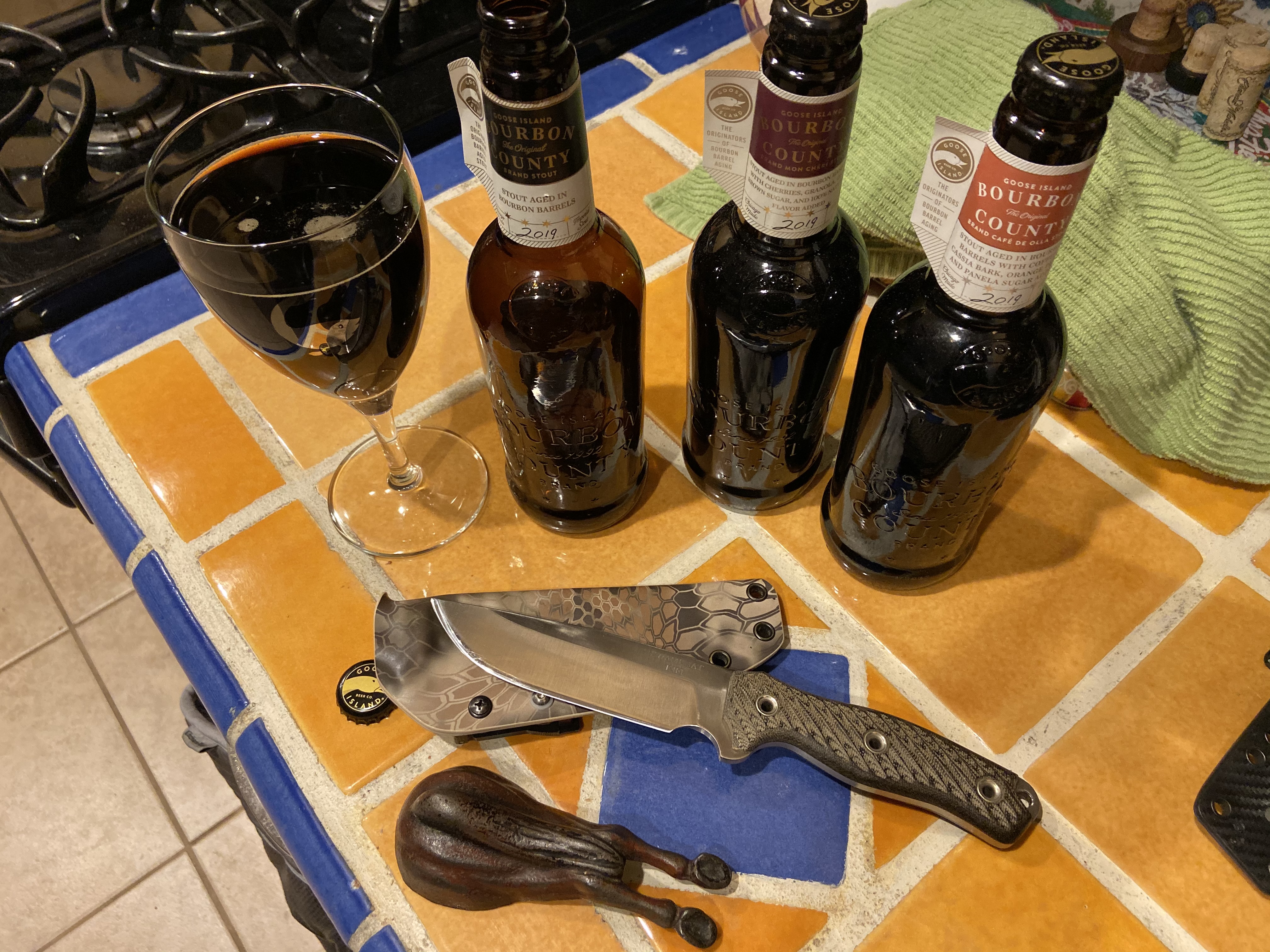 And found this lurking in the "limited edition and high end" cabinet... 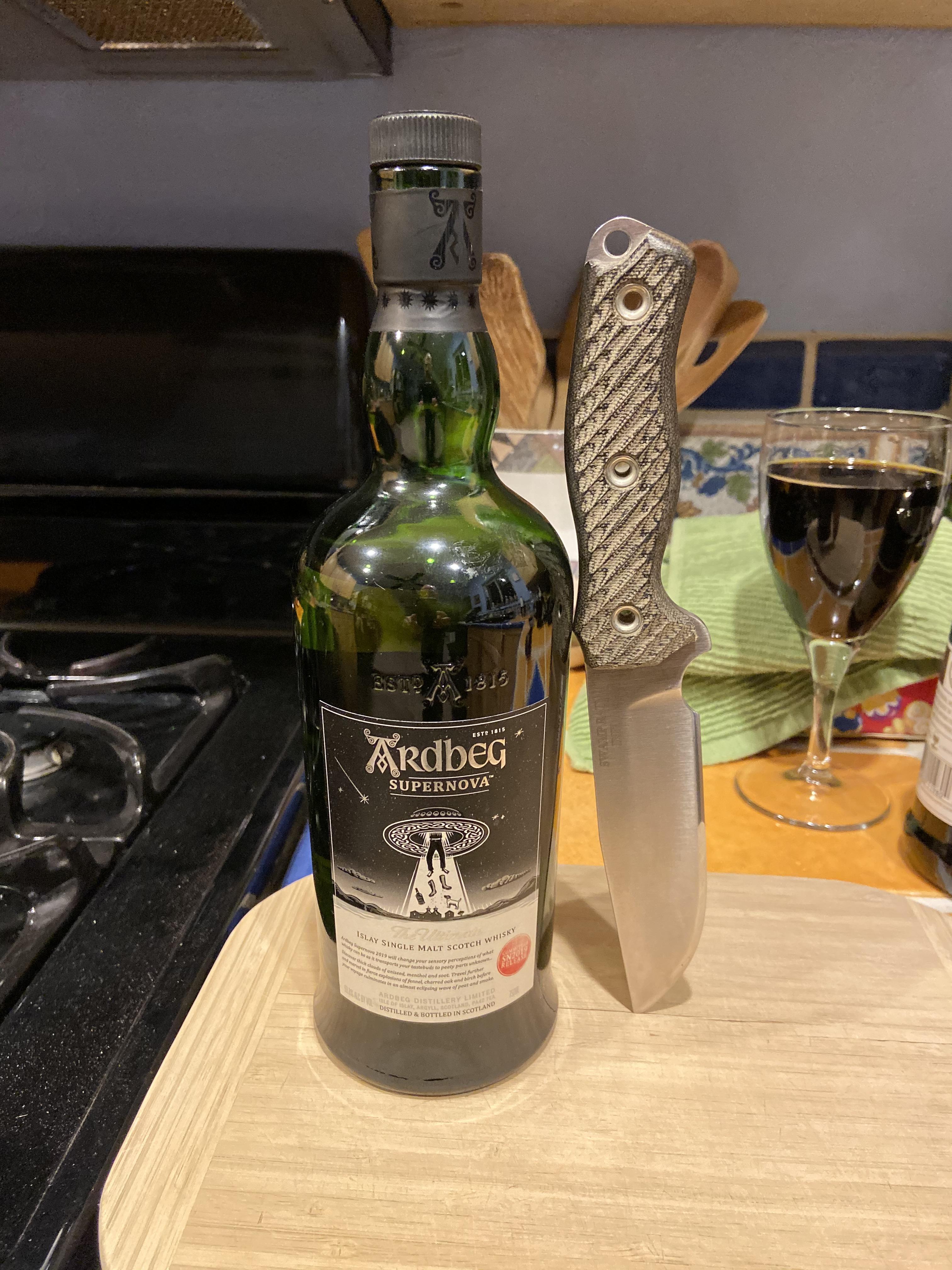 ... and being a huge Ardbeg fan, it sucked me in just like the picture on the label!!! What a fabulous dram... I tried it quickly on its own last night, and can't wait to juxtapose it with Corryvreckan, Uigeadail, and of course some Octomore... but for now I really am impressed (and my palate is wrecked from a barrel-aged imperial stout gathering, so further tasting will have to wait)! It has a wonderful lightly smoked peaty flavor and aroma... like a wet-hulled Sumatra coffee... earthy, musty, with hints of tobacco, leather, wet burlap, lichen(!?)... all balanced with a sweet malty base, and some noticeable mineral hints thrown in for good measure. Spectacular, or should I say, Out-of-this-World!!!

Good reviews guys! That Ardbeg sounds interesting, almost like the CorryV?
I made a trip today since I've emptied a few bottles in the last weeks. I was looking for 1 in particular but no luck *have to order it* and there were a bunch of sale tags all over. I picked up bottle of Glenmorangie Lasanta, second bottle of this, one I really like. It had a sale tag on it so no brainer- another one I wanted was another bottle of my absolute favorite Ardbeg, Uigeadail, but they had a sale tag on Glendronach 12 (one I've been wanting to try) so I snagged it up and having it at the moment- Nice. Have to order what I wanted initially which is "Classic Laddie" ~ unless someone say's "Oh dude that's goat piss" That Ardbeg sounds intriguing MM!

Yeah, the Supernova is like a turbo Corry... but it highlights the earthy/woody/foresty aspects of peat... not the smoke (which was what I was expecting)! If you like Uige and Corry... this one rocks the Universe!!! I do still need to pour all three (and some Octomore, and maybe Port Charlotte 10) for a compar-o-rama... will get on that, and report back.

Classic Laddie is awesome... a non-peated malt from Bruichladdich (who also brings Ocotomore... over-the-top peat... so both ends of the spectrum) that is an amazing daily dram!

I'm with you on the Lasanta... the stuff is about what I imagine for "nectar of the Gods!"

Please post your thoughts/notes when you try the Glendronach... I've been wanting to try it for a while... so many malts... so little time

Tamdhu batch strength is also on my list.... thanks to all for the recommendation!

I miss the old Glendronach 15. If I had known it was going away I would have stocked up.

I only had one short glass of the 12 last night, no real thoughts on it at the moment. As luck would have it, I stopped by another place locally during lunch I hadn't been to for a while and sure enough had the Classic Laddie in full force! I thought I'd better check there before I ordered it because something made me think I'd seen that can before, just wasn't on my radar but I knew of it. Kind of hard to miss that sea foam color anywhere. Soon as I walked in I spotted it from the front of the Scotch isle damn near the back LOL!
And yes- so many malts, so little time.

followup - On the Glendronach 12, It's OK - kind of rubber glovey (iodine?) and for a supposed sherry cask, not much there to tell me sherry cask, but then the Tamdhu will ruin your sherry cask adventure LOL! Try it? oh hell yeah! they are all worth a try- buy again? don't think so, there's so much more out there to scratch off the list. Now digging into this Bruichladdich Classic Laddie, I'm digging it! It's a NAS and the color looks like it's really young - BUT, it's pretty bold and I'd call it a very nice dram by all means. I think being a 50ABV is what makes it. This at 40 or 43 would probably be a bummer- and for the price? very nice

Managed to pick this up today

Finding the Goose Island Bourbon County stouts is a good enough day, but running into Ardbeg Supernova on the same trip is one to remember. I don’t have the 2019 release, but have had the prior 2 (or is it 3?). They have all been phenomenal, taking the Carryvreckan or Uigeadail to another level of strong peat with subtle other layers. Supernova has been my favorite Ardbeg over the years, with their Day release as a close second.

Picked up some Goose Island Bourbon County myself yesterday....waiting to open one.