I have been here for quite a few years and have seen many things change. Some good, some not as good, but the fine folks here always make a nice, accepting subforum. Just a little something to give back, Lanny's Clip in Sambar stag built by Doc Hagen, CPM 154 and 416ss frame and bolster. I bought this off Doc a number of years ago here in MT, it was a prototype and I should still have the COA. Post a picture of something that is special to you, I will pick a winner on Sunday morning and have it shipped out on Monday. Thanks for making this a nice place to share traditional knives and information.

WOW! I've been trying to stay out of giveaways lately, since this forum has also been really good to me. However, I must throw my hat in the ring for this one.
Here are two very special knives. The 71 was given to me by a very generous member, and the CSC was the first forum knife that I was a part of. They both mean a great deal to me. 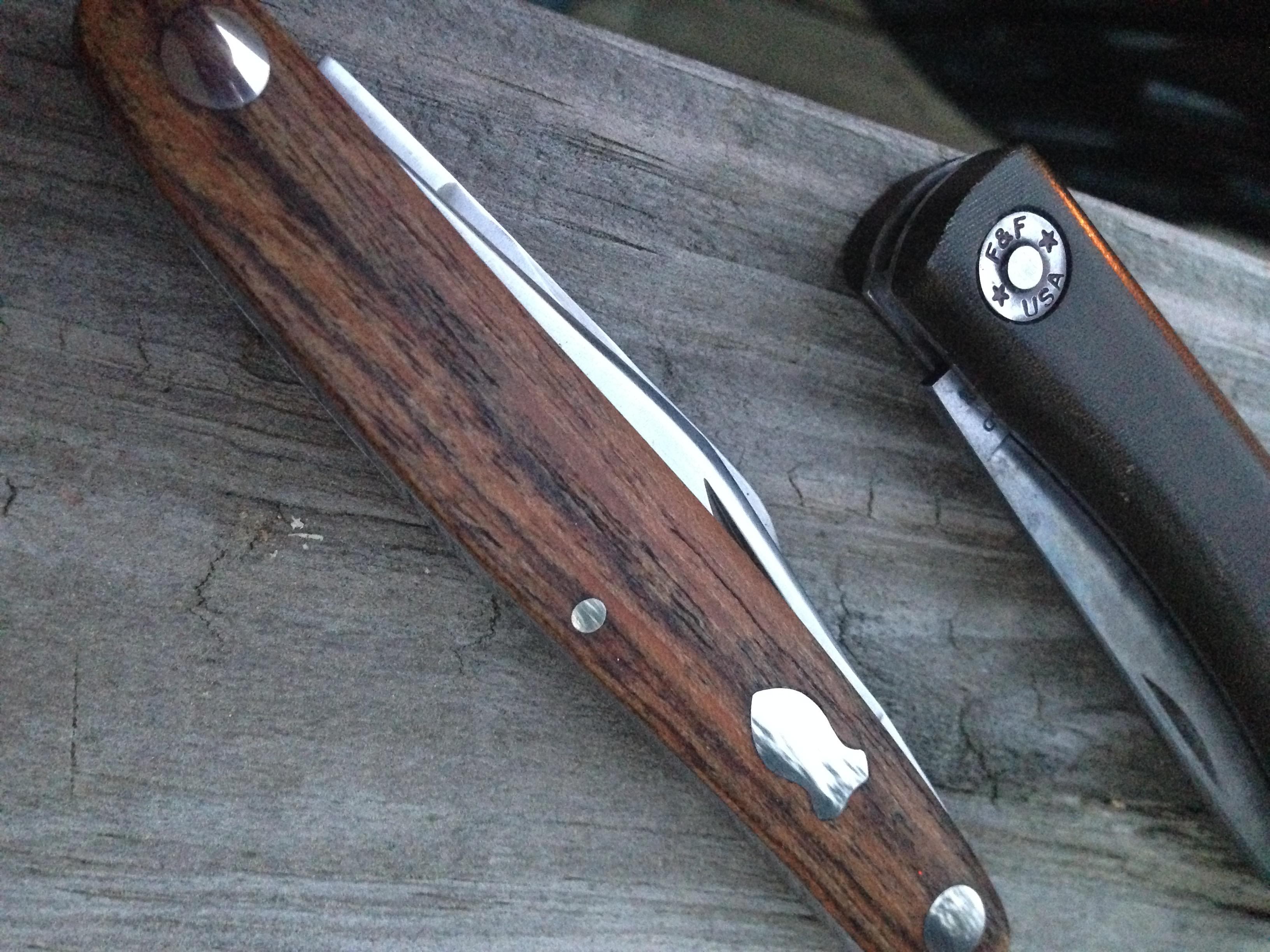 Thanks a ton for hosting this extremely generous giveaway!

For a moment when read the title of this thread I thought we were going to see you leave BF and have us lose a valuable asset to the porch. Glad that's not the case Kris.
Knives may be special to me but none would ever take the place of this little guy. My third slipjoint, a 56 Dogleg among another dogleg. So I'm getting my affairs in order before I go and try to cheat the reaper. I realized that I hadn't worn a very special watch I bought almost six months ago to celebrate me getting my pilot's license again. I forgot that I disliked the factory strap and $17 later I have a rubber strap to handle the humid conditions I live in. Secondly, in this pic, is a knife I waited just as long to use and I must say I absolutely love it. I got them delivered on the same day. I'm grinning ear to ear toting these fine pieces of my accoutrements. I'm very thankful that I have these items.

Thank you for the chance to win such a sweet knife. This is very nice of you to offer. I'm humbled by your generous gesture.

Wow, that is very generous of you Kris. Thanks for the gesture and for your continued presence here in the porch.

This is a very special knife, received from my wife and daughter a few years ago on Father's Day. I have "better" knives, but none more treasured. 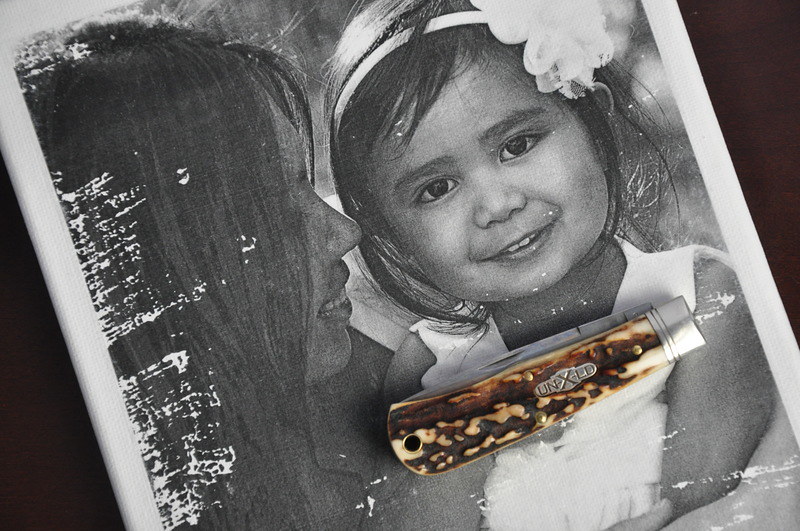 My girls - my three daughters, niece, and granddaughter :thumbup:

This is incredibly generous of you Kris :thumbup: . Not an entry but just to share .

My avatar, a sunset from the last day of the last hunt my dad and I had together:

And the most special knife I own, a Case Russlock he gave me years ago. I gave it back to him and he carried it as a worry stone until he passed away. It will go to my brother next, and then my godson.

Very generous of you, Kris! Thanks for the chance!

This little guy is very special to me! :thumbup:

The first knife my dad gave me. He passed away a couple of years ago and I miss him. Very generous GAW. Thanks for the opportunity. 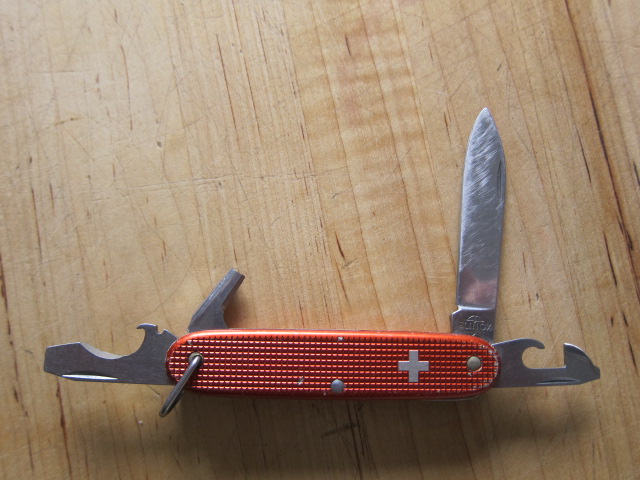 Wow, what a great knife and giveaway: thank you so very much for the opportunity:
Beyond anything else on this earth I am thankful for my wife and the daughter that is growing inside her! 2 more months until I get to meet this little girl, but I have the time of my life each night feeling her kick against my warm hand on her Mother's belly. She will be a rainbow baby and coming as a miracle after a year of way too much loss in the family. I can't wait to show her the good things in the world. 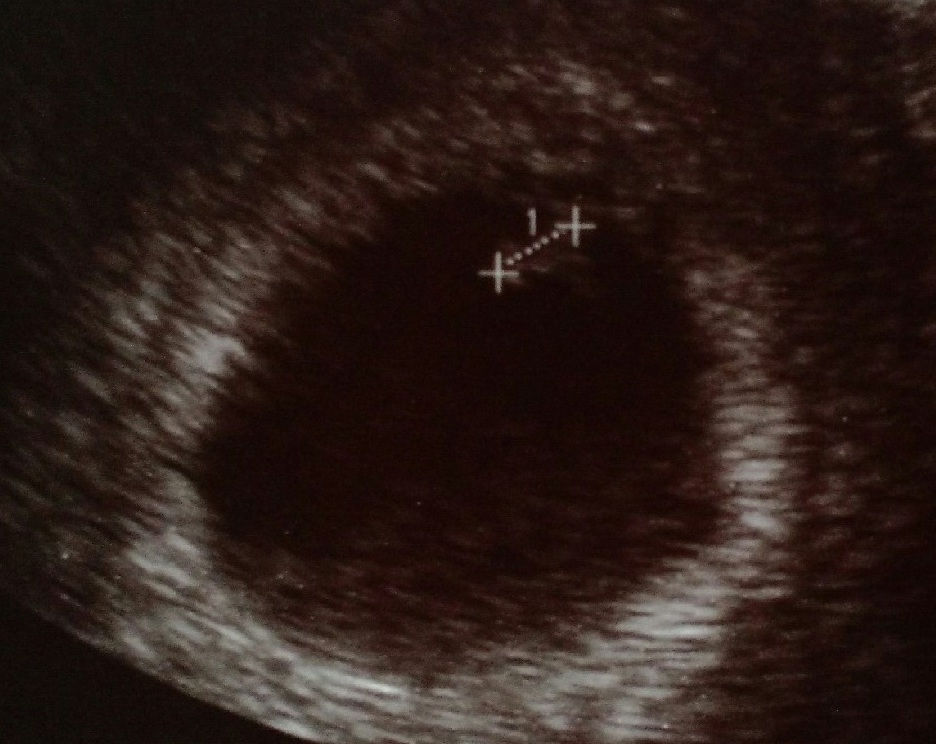 Most generous giveaway, Kris. Thanks for the chance.

Here's my three kids on a campout late last summer. It was raining pretty good as we were pulling in, so we ran through a drive-through. When we got to the site I dumped all the gear out of the back of the truck and set up a cooler like a table and they sat and ate and watched me set everything up in the rain. Good times.

Not an entry, but thank you, it is very generous! I dont have a picture, but I am thankful for the nice community that is our little corner of the internet. Everyone is so nice and helpful!

A very nice knife for a fine GAW.

Of course my something special is my 10 year old. He is holding his favorite knife, SFO for Lone Star, Navy with Damascus. 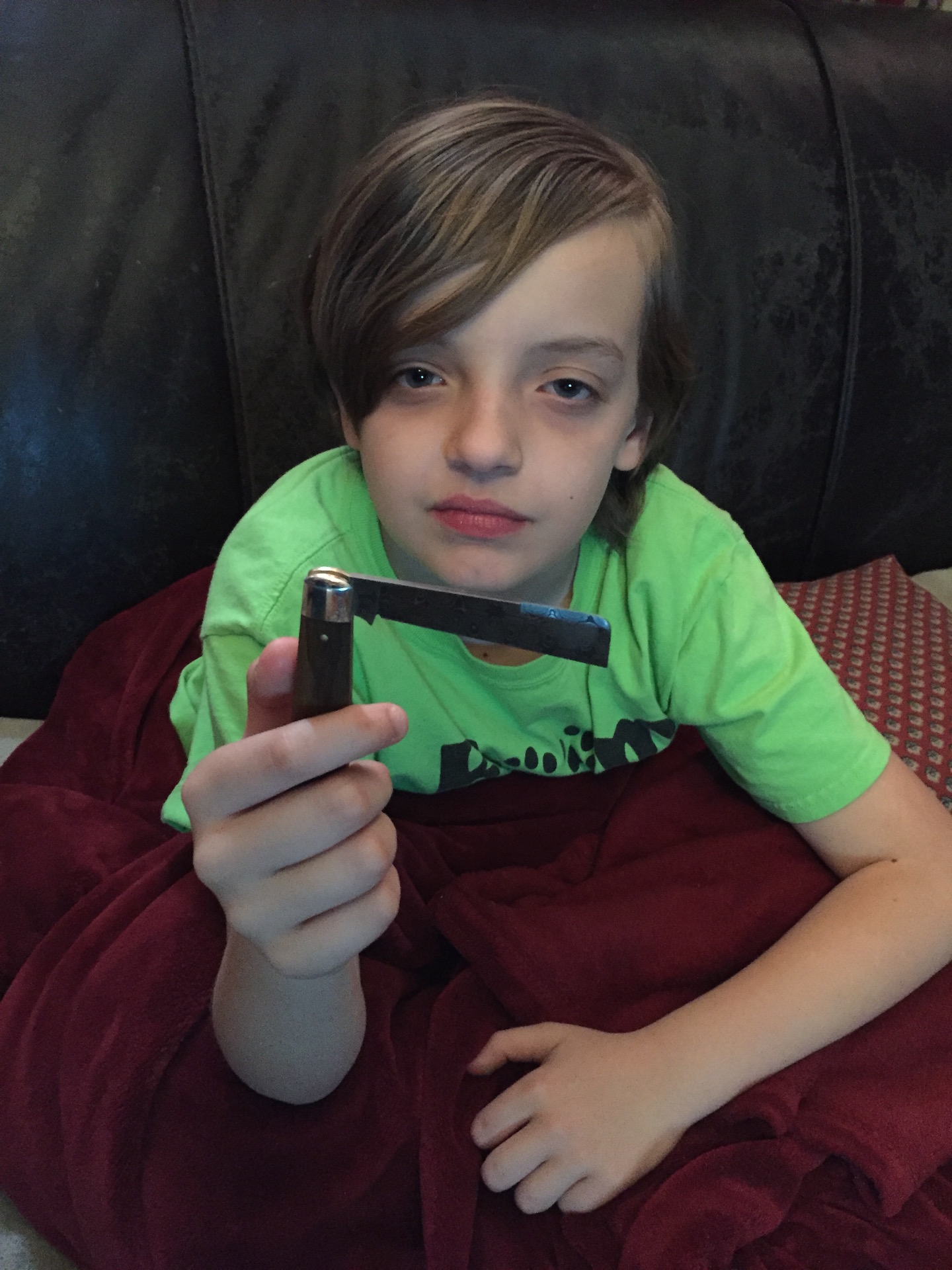 I'd very much like to be in on this generous giveaway.

Can't think of anything more precious then these 3 (+1)! We were blessed with our first two daughters and then couldn't have anymore. We decided that our hearts had room for another and so we adopted our precious third daughter. Then wouldn't you know it, God decided to give us another after many many years! So a fourth little girl will be joining us in June :thumbup:

My dad's old Sodbuster Jr he carried for years. It's licked a stone a time or two. Sodbusters always make me think of him, and how much I wish I could share my current collection with him.

Awfully generous of you, sir. The porch is a fine place indeed.

If we're talking most special, I'd have to claim my wife, whom I had the honor of marrying in January.

But that's a given -if we're talking about mere objects, my Father's Schrade-contract Buck is pretty special too. He was a mechanic (among other things,) and did a favor for a gentleman, who was so grateful, he gave him the knife out of his pocket. My dad carried it or a Case everyday for years, and now I have been known to carry it myself.

Thanks Kris, I know that knife would put a smile on my face but these five (grandchildren) are my permanent smile machine.

Kris,
your generosity pairs your contribution to this subforum, and the beauty of your knives: in one word, it's outstanding
I always enjoy your posts, I enjoyed the few emails we exchanged (I might have some news for you soon - I've been through lots of things, but haven't forgot about you ), and I enjoy this subforum just like you do. This is not an entry, just a thank you post. You deserve it.

Most special someone... my wife but she won't let me post her picture.
So these are my five very special grandchildren who love to show off.

Something special... this 2014 Blade Forum knife.

Kris your generosity is unbelievable. My two granddaughters have lived with my wife and I all their lives and I can't think of anything more special to me. 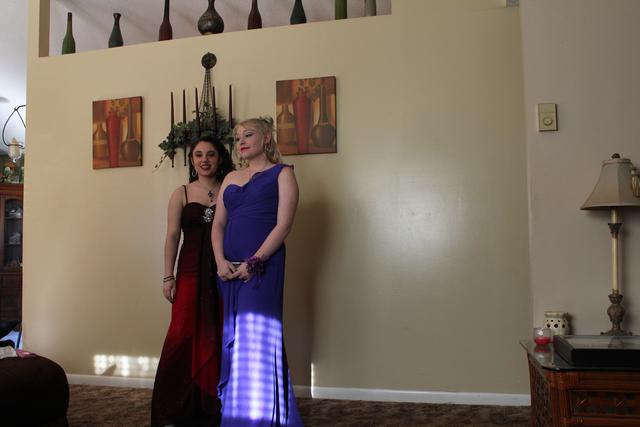